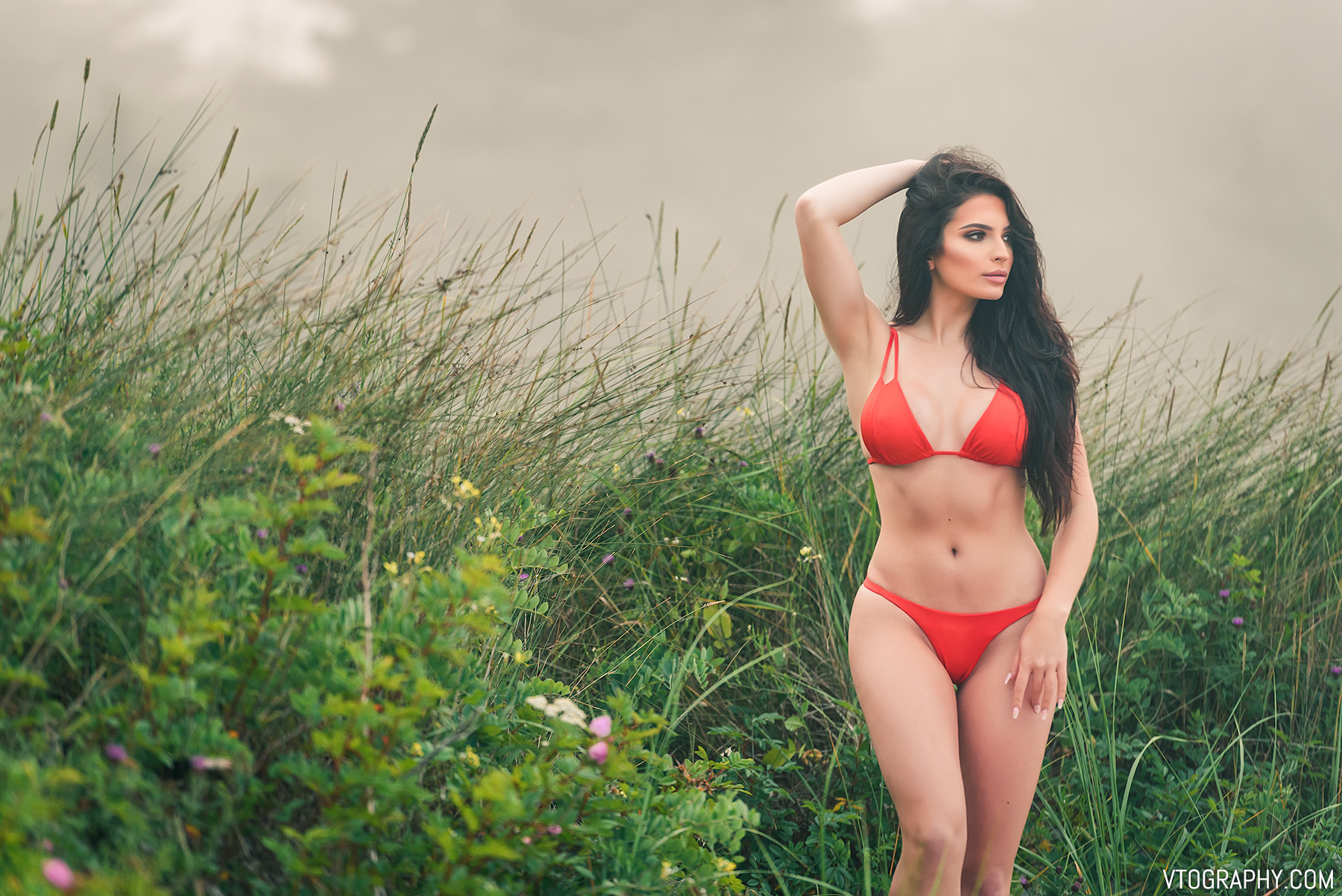 Oh, Nova Scotia, how I miss thee! When my original plans went awry on a short weekend jaunt I recently made to Halifax, I ended up on the beach with Brittany for a very foggy photo shoot.

While I used to visit Halifax, Nova Scotia quite regularly (eleven total visits spanning nine straight years), I haven’t been back to see or photograph any of my friends since 2014. This summer I had the opportunity to return to my second home to photograph a wedding, and while I was there I managed to squeeze in one foggy photo shoot on the beach. Arriving on a Friday, photographing the wedding on a Saturday, and flying back out on a Sunday left me with precious little time to do anything useful while I was there. But when my Friday plans to see a friend feel through, Brittany texted me out of the blue at almost the exact same time to offer herself up as a model if I had any free time. Well I couldn’t say no to that!

We headed down to Crystal Crescent Beach where I’ve shot many times before. It was a beautiful sunny day and it looked like the weather gods had a nice sunset in store for us. Until we got to the beach, that is.

You see, they have a saying in Nova Scotia, also popular in some other maritime communities — if you don’t like the weather, just wait five minutes. Of course, if you do like the weather, five minutes later you can find yourself cursing it. The general unpredictability of Nova Scotia weather is something I’ve struggled with before — nearly every beach shoot I’ve ever done has been plagued by fog, even if the sun was shining brightly just minutes earlier. You can see where this is heading.

After a long, sunny drive and then a long, sunny walk along the path to get to beach number three, the fog rolled in right before our eyes at the very second I pulled my camera out. This test photo was the only image (a keeper for sure) that I was able to snag while the sun was out: 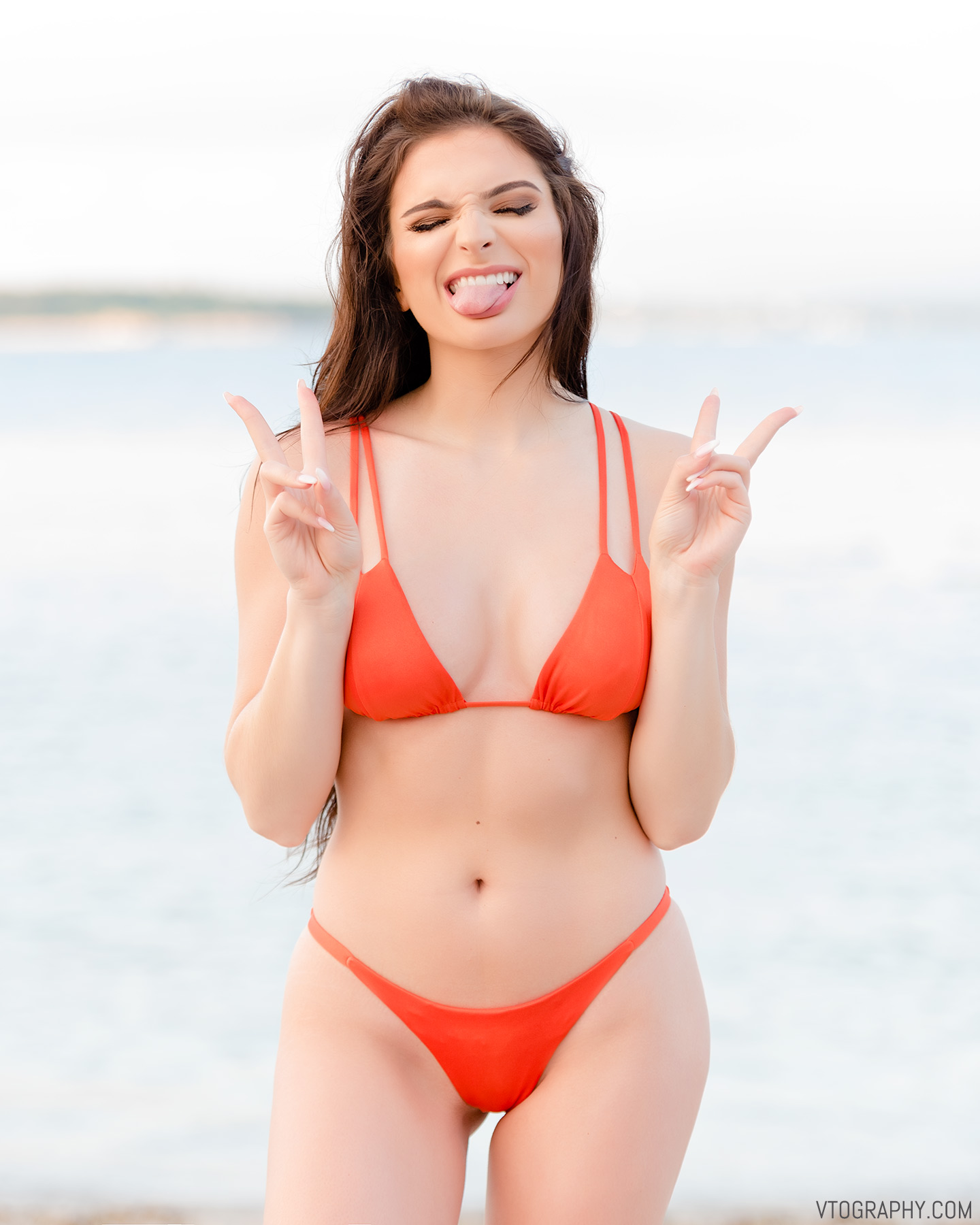 Such a charming lass!

So the fog was in and the sun was gone. What choice did we have? We made pictures anyway! And they turned out pretty damn well. For the majority of these, I used my Nikon 70-200mm FX ƒ/2.8G ED VR II AF-S Zoom Lens. I’ve learned recently that I like this lens a lot better with Vibration Reduction (VR) turned off. While this might seem counter intuitive, VR seems to add some weird blurry artifacts to many photos. I only turn it on if I’m dealing with relatively slow shutter speeds that might be difficult to hand hold. For the final few images of Brittany lying on the rocks, I switched to my Nikon 50mm FX ƒ/1.4G AF-S Lens. Using the Nikon D750’s handy tilting LCD screen, I was able to hover the camera at arm’s length, up and over top of Brittany while I stood on a rock. Piece of cake.

See all of Brittany’s foggy photo shoot below 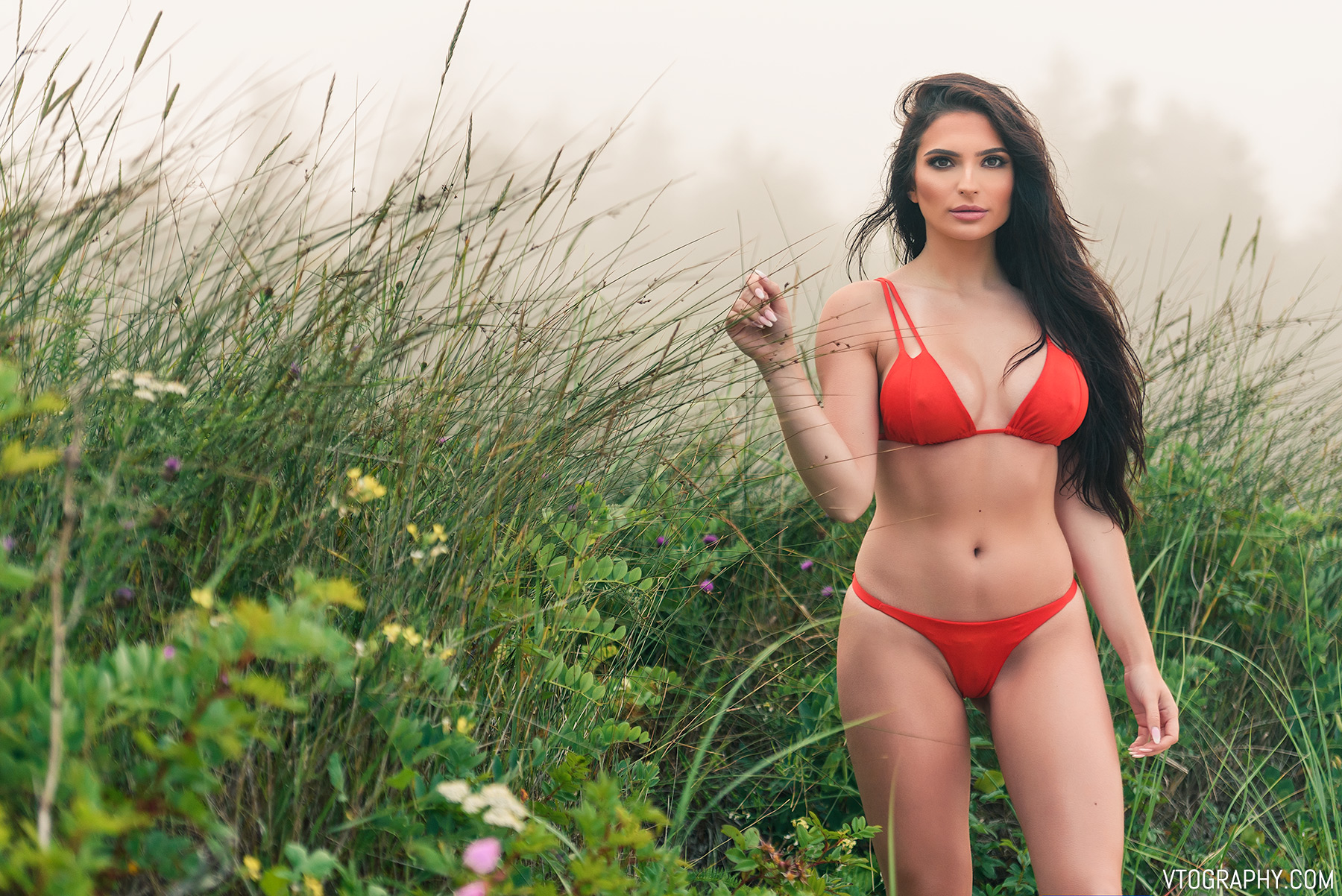 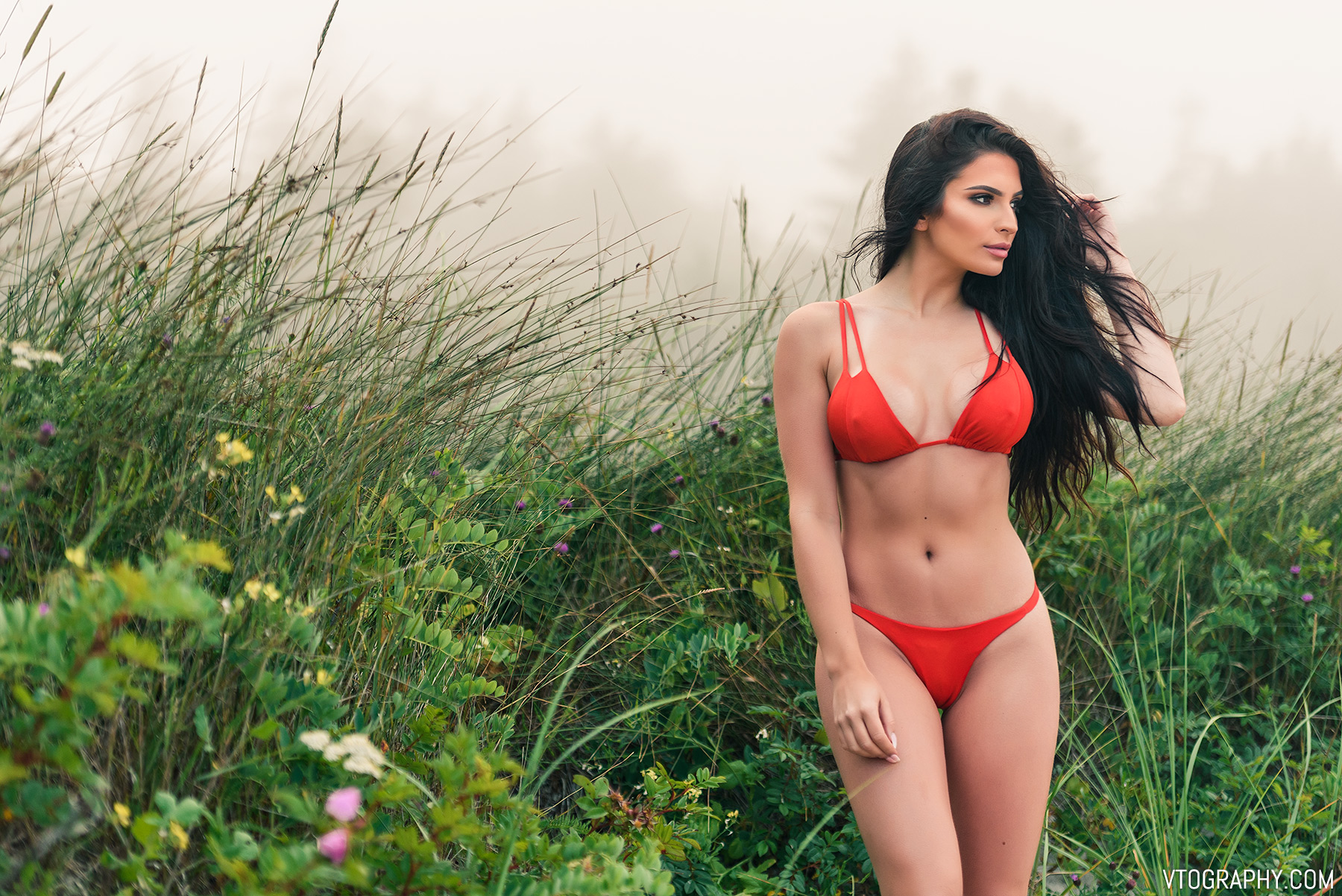 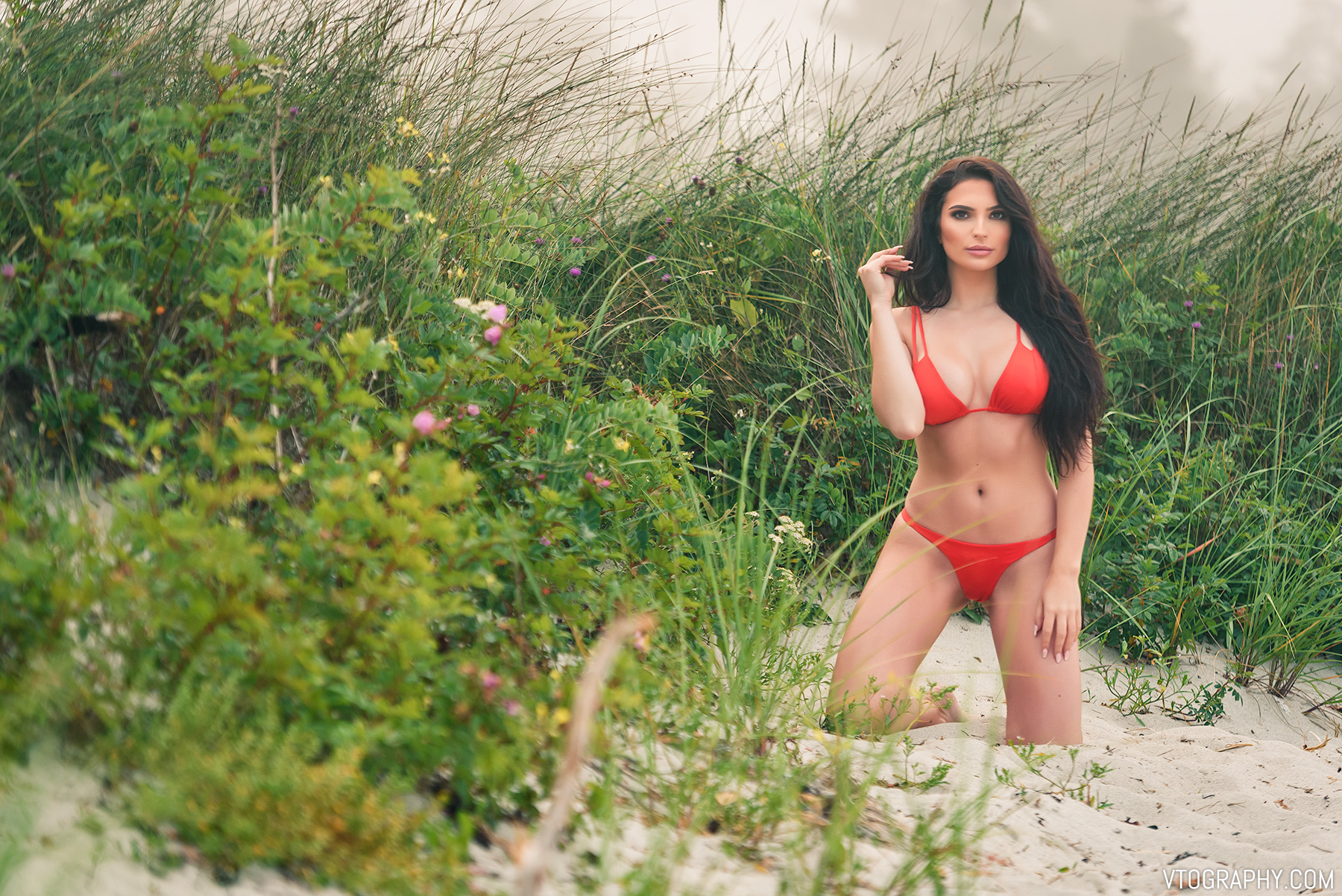 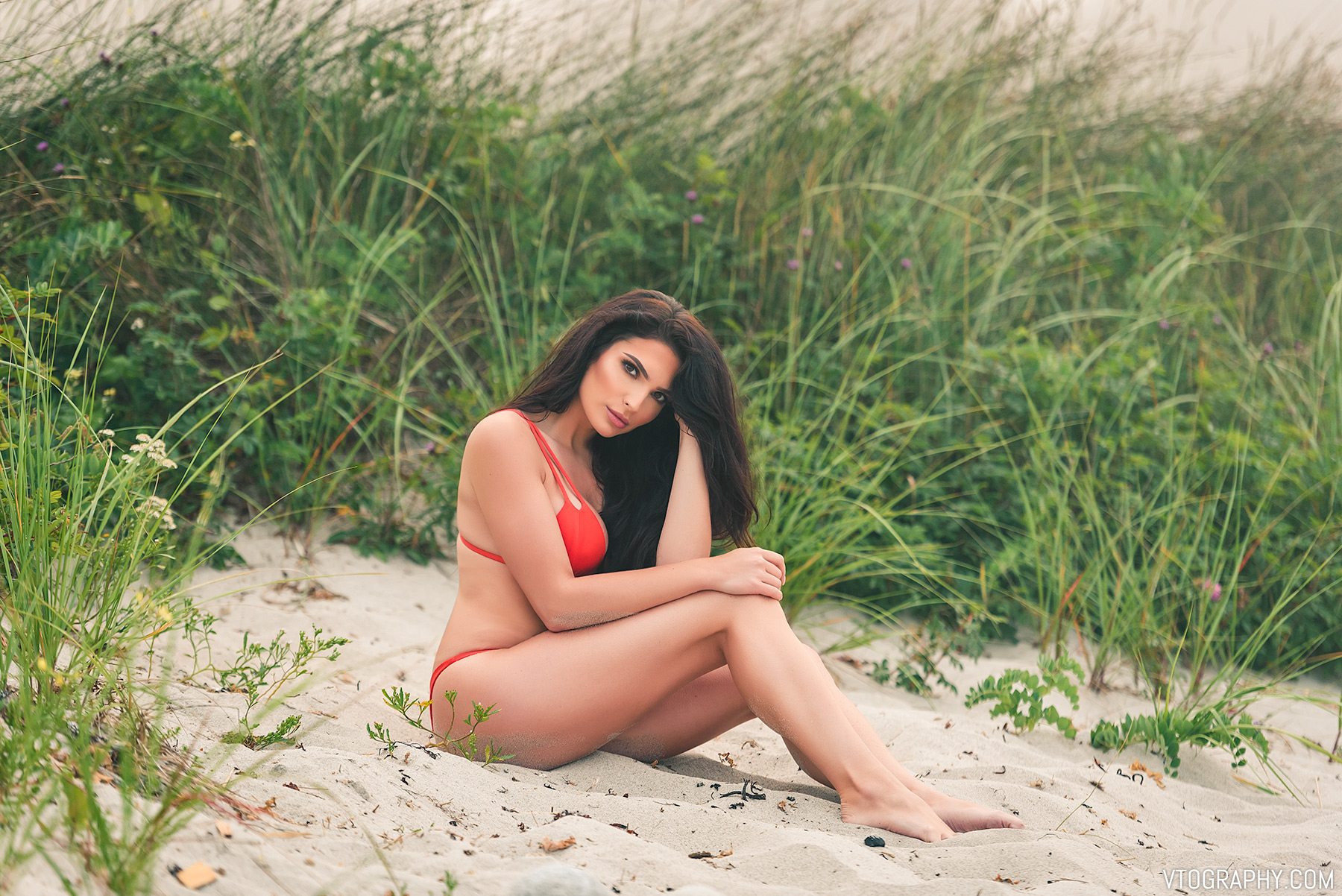 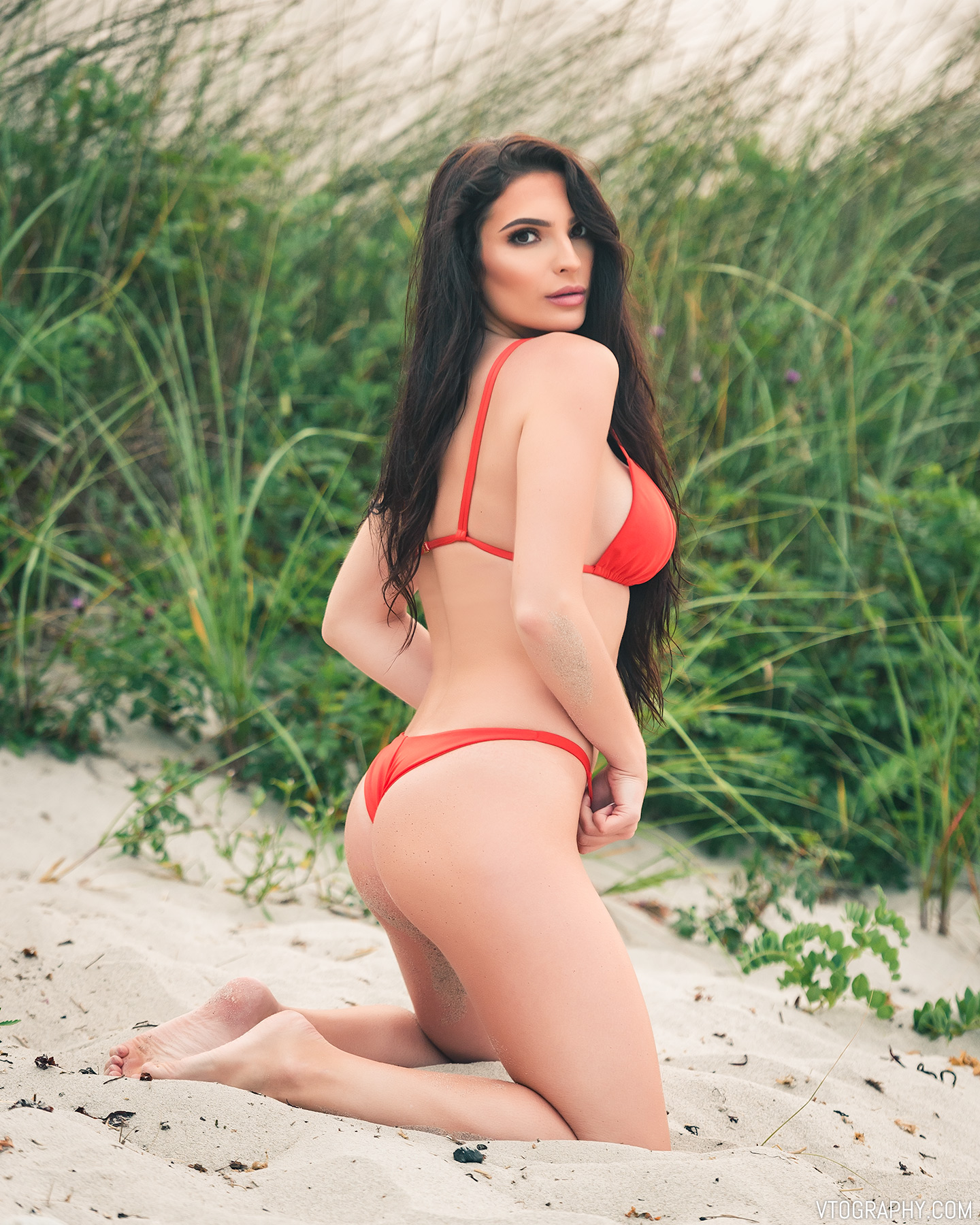 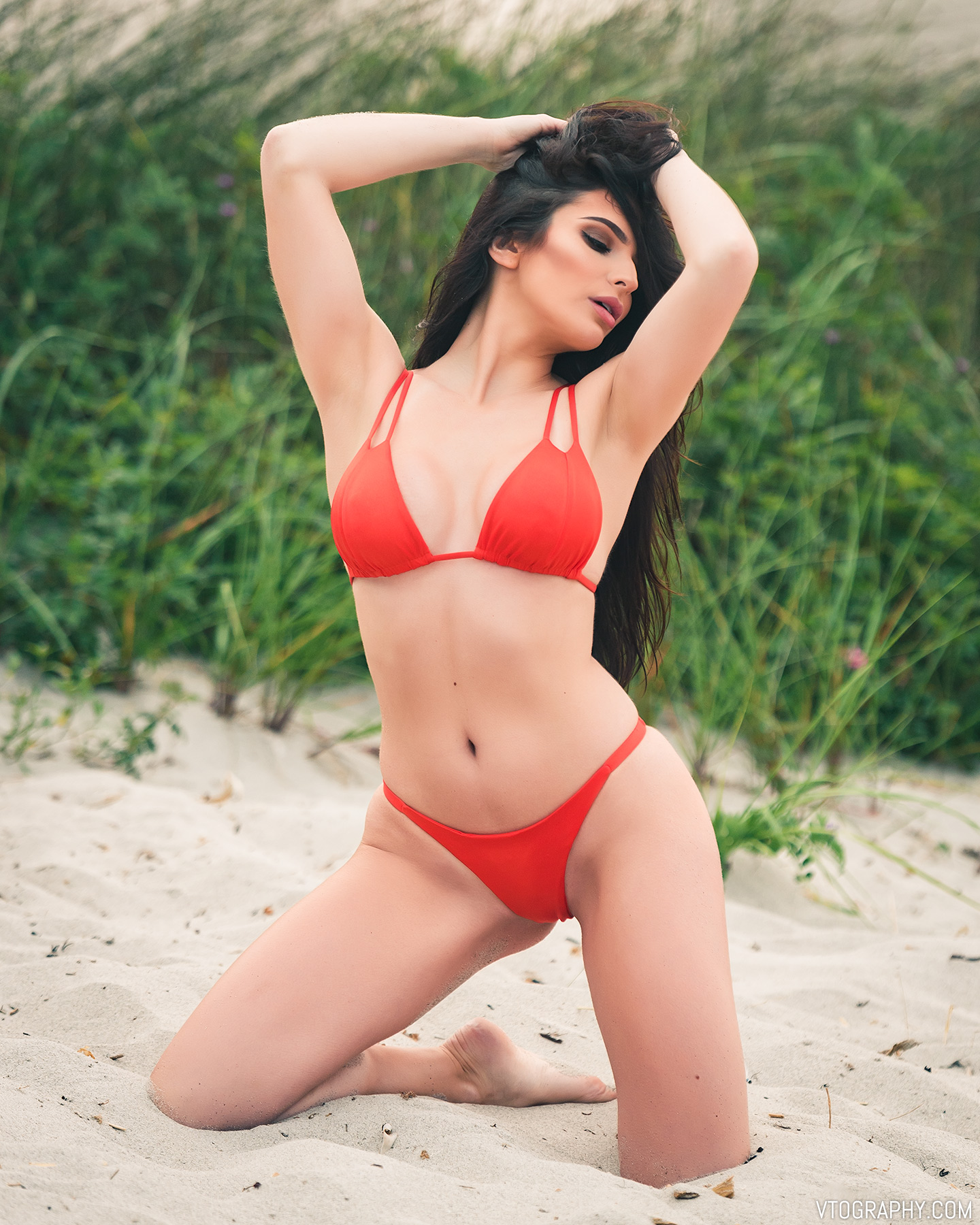 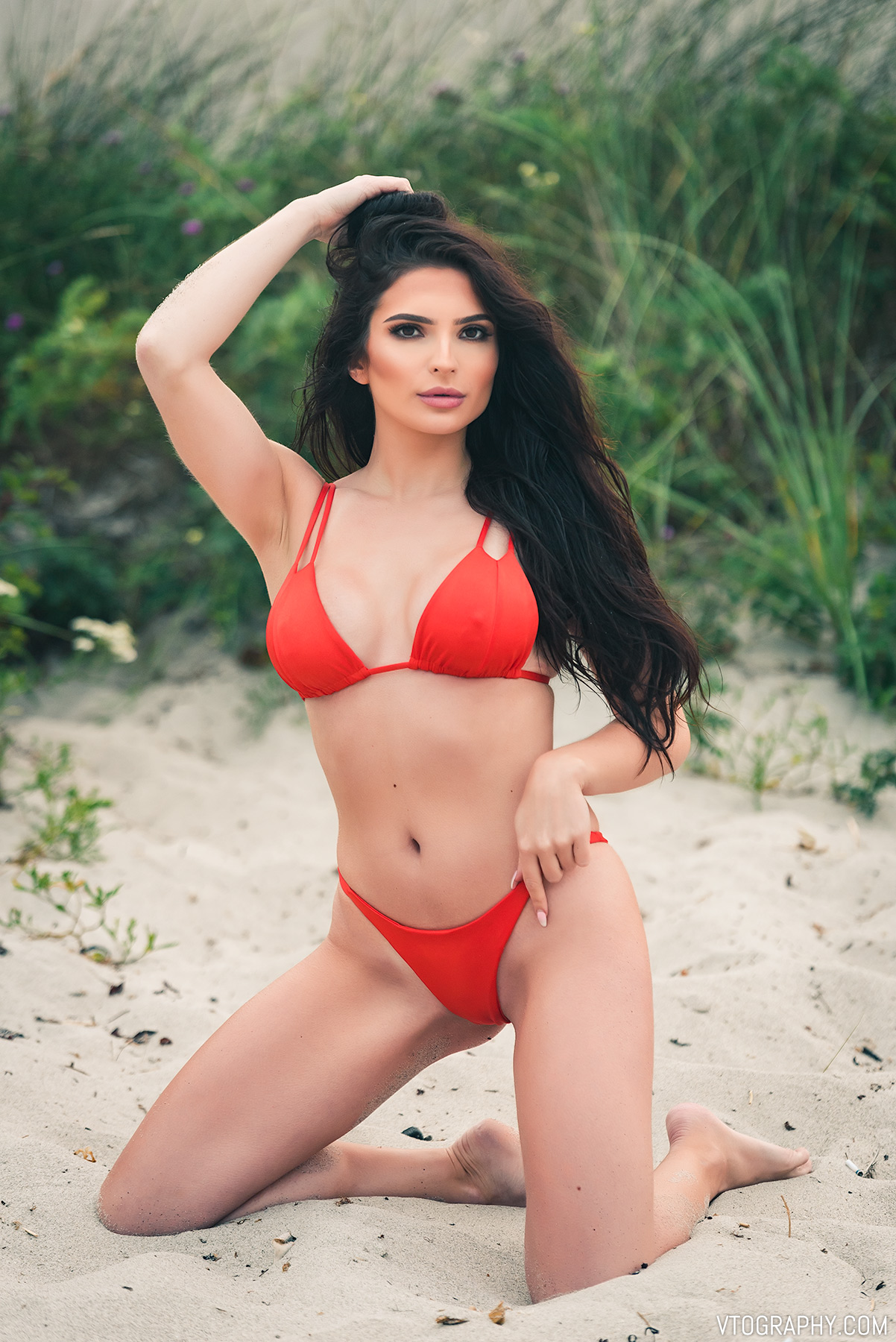 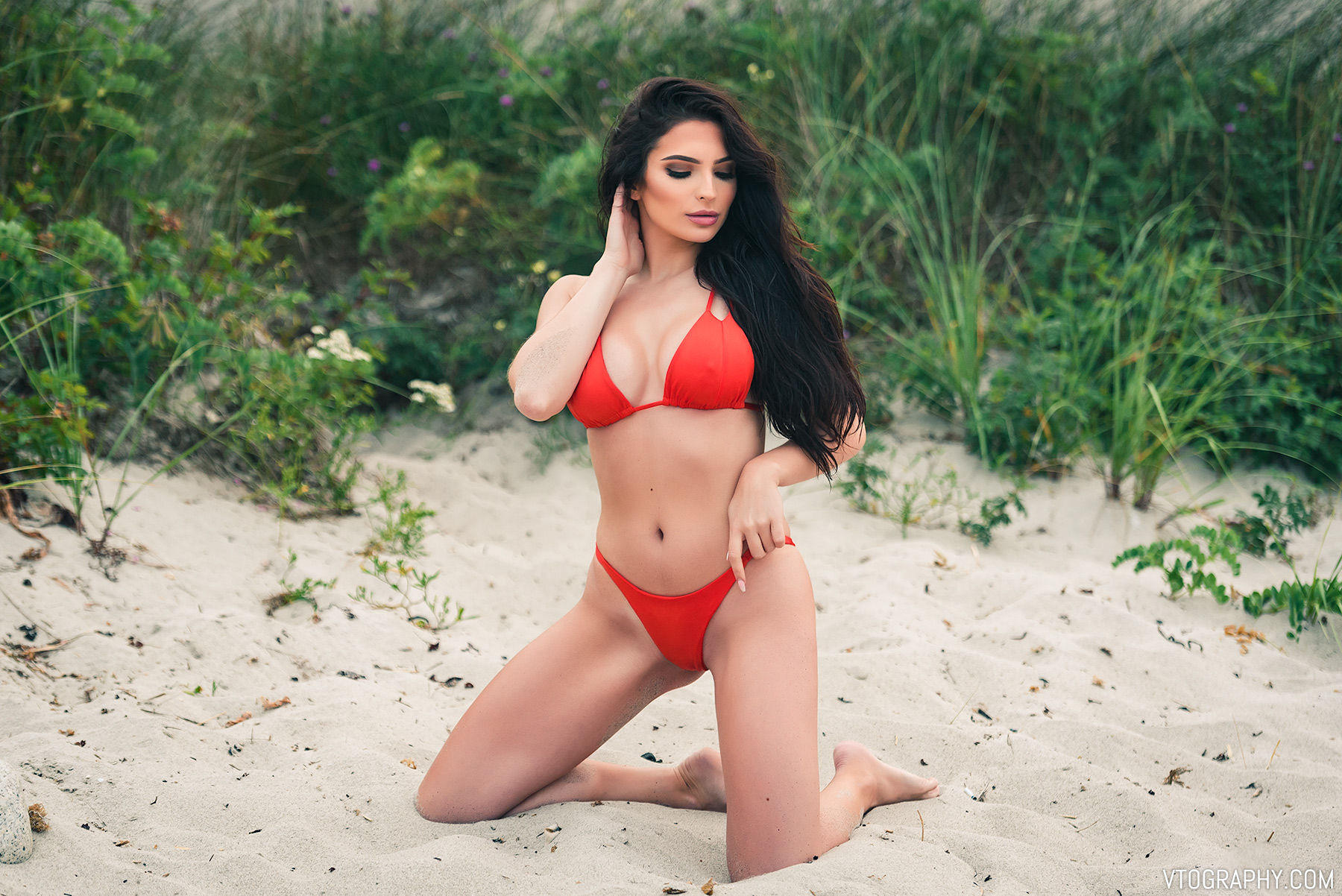 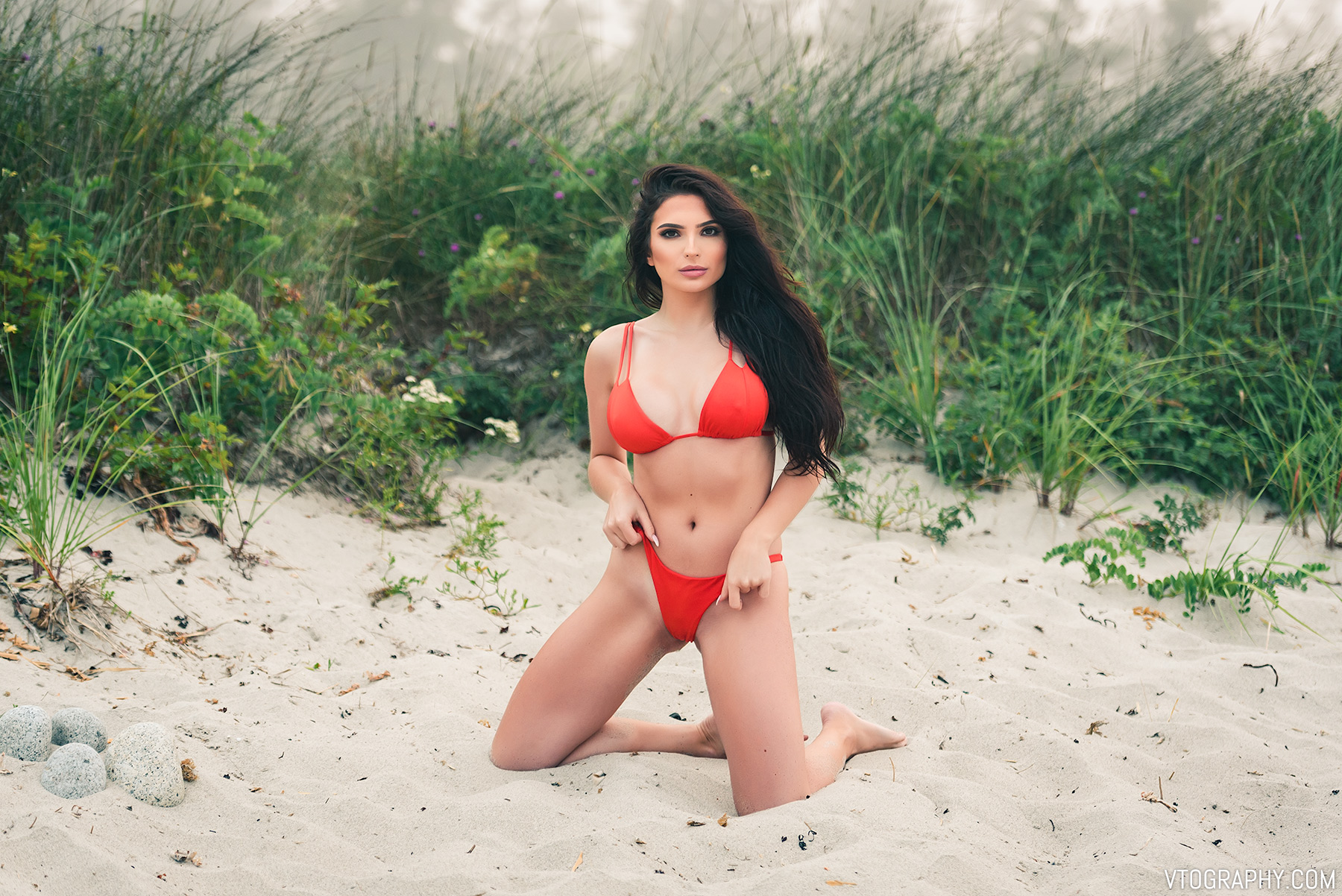 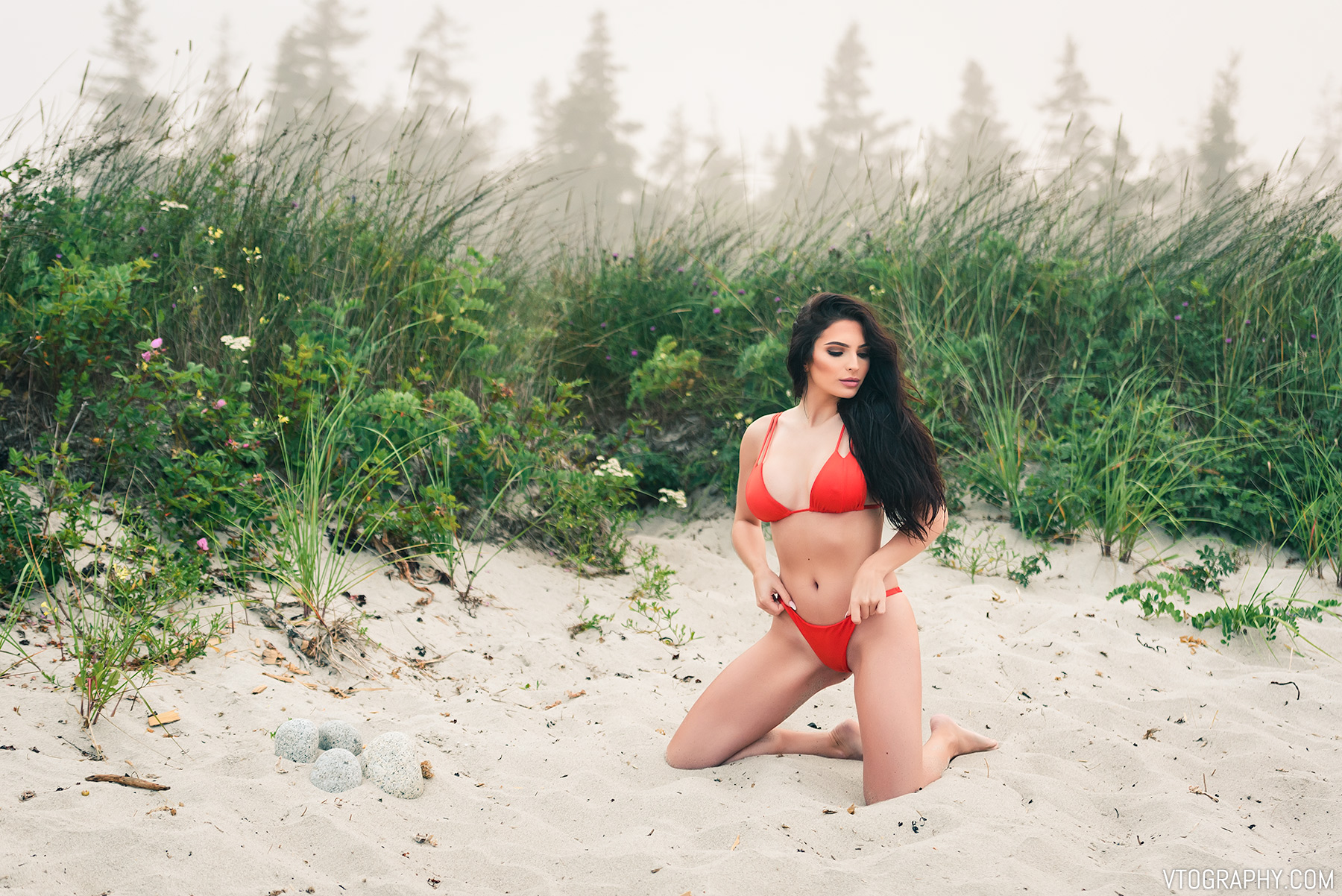 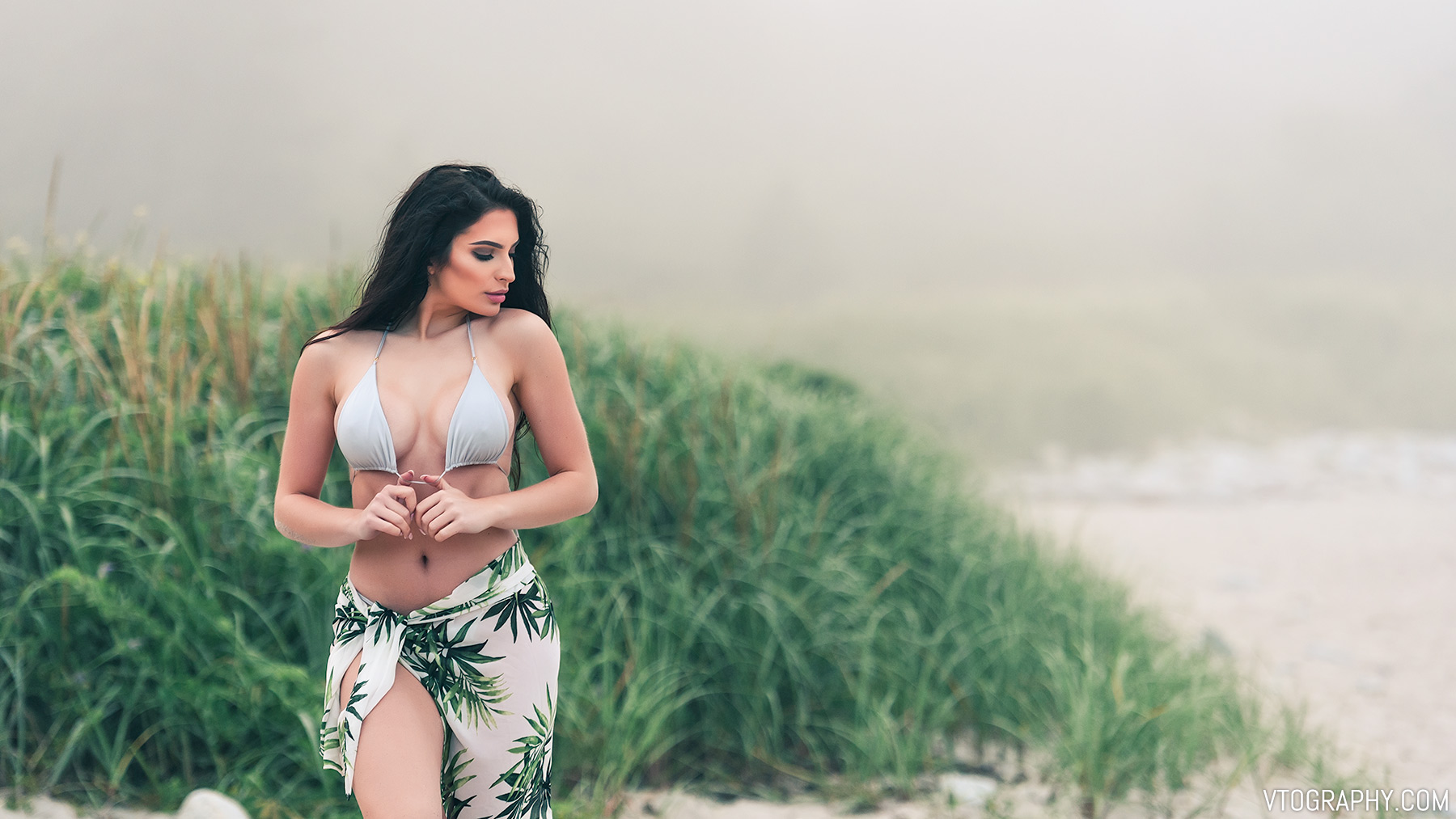 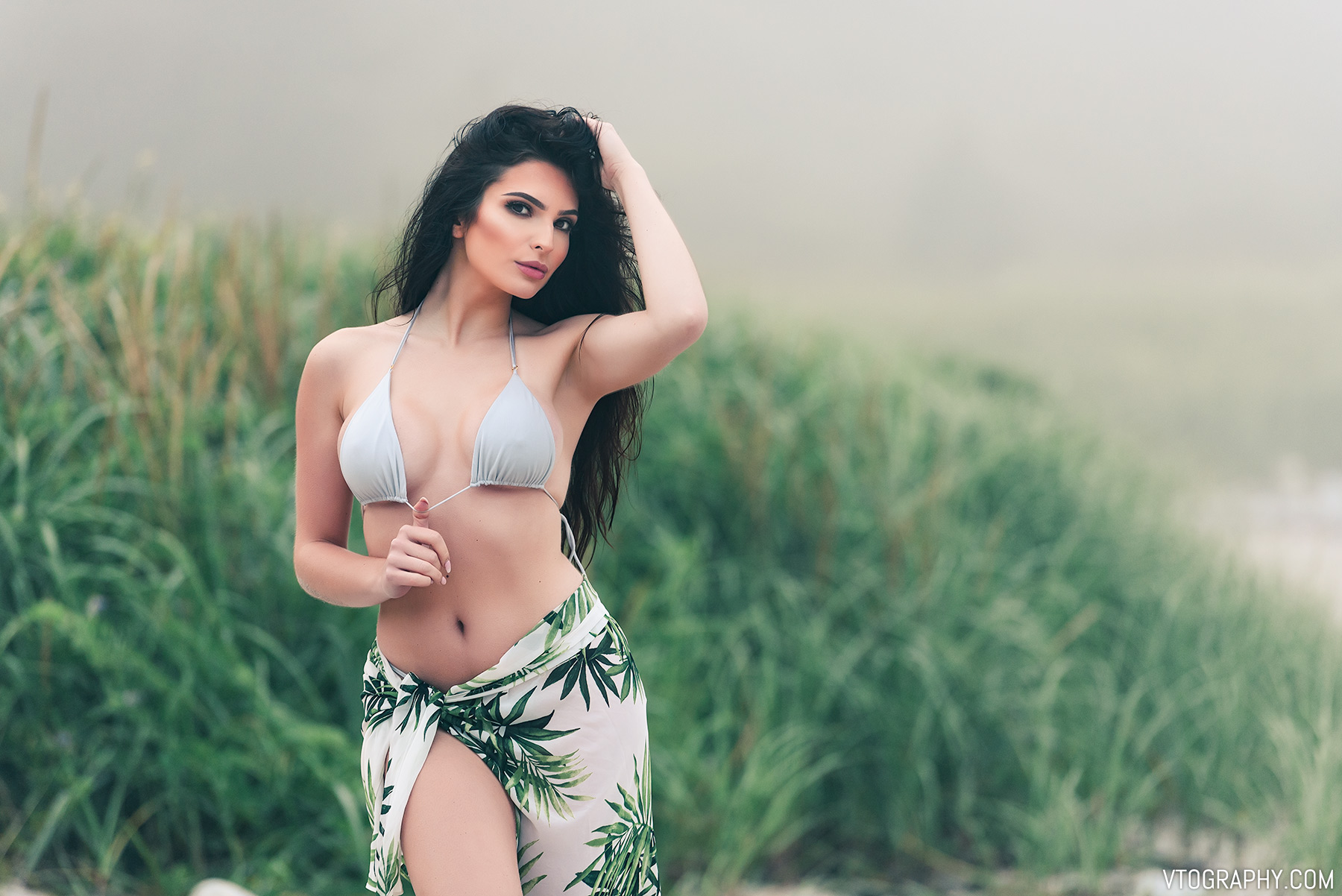 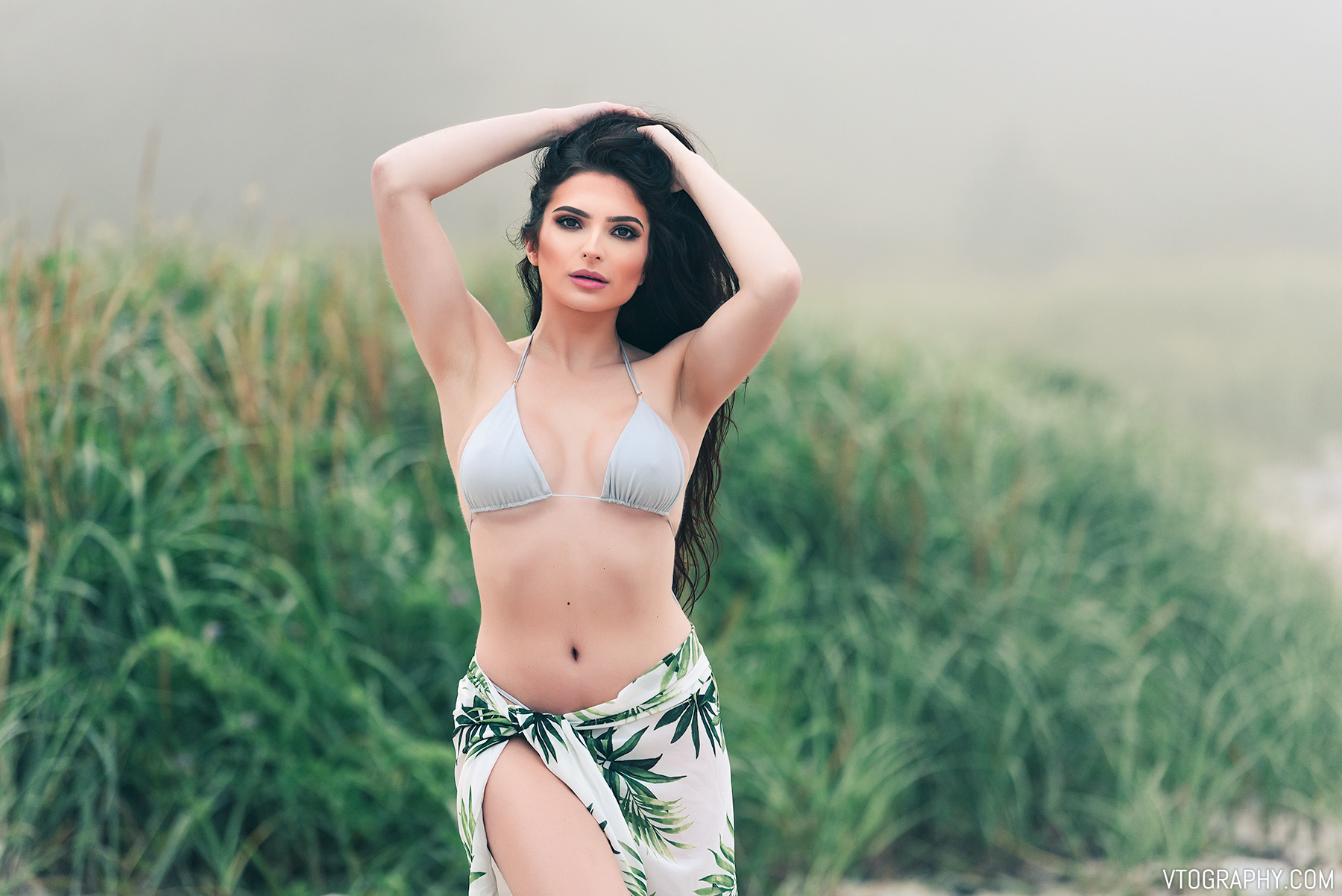 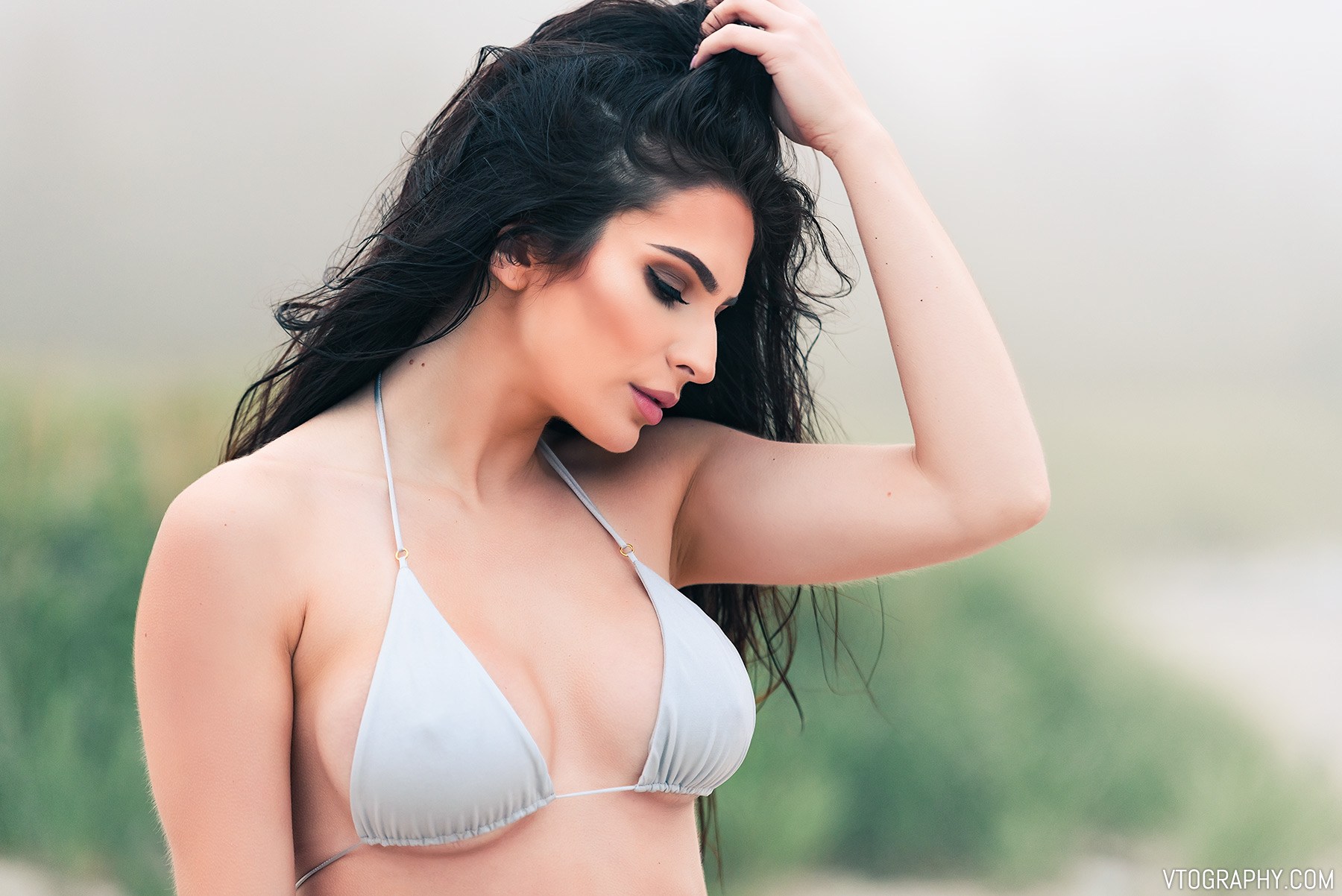 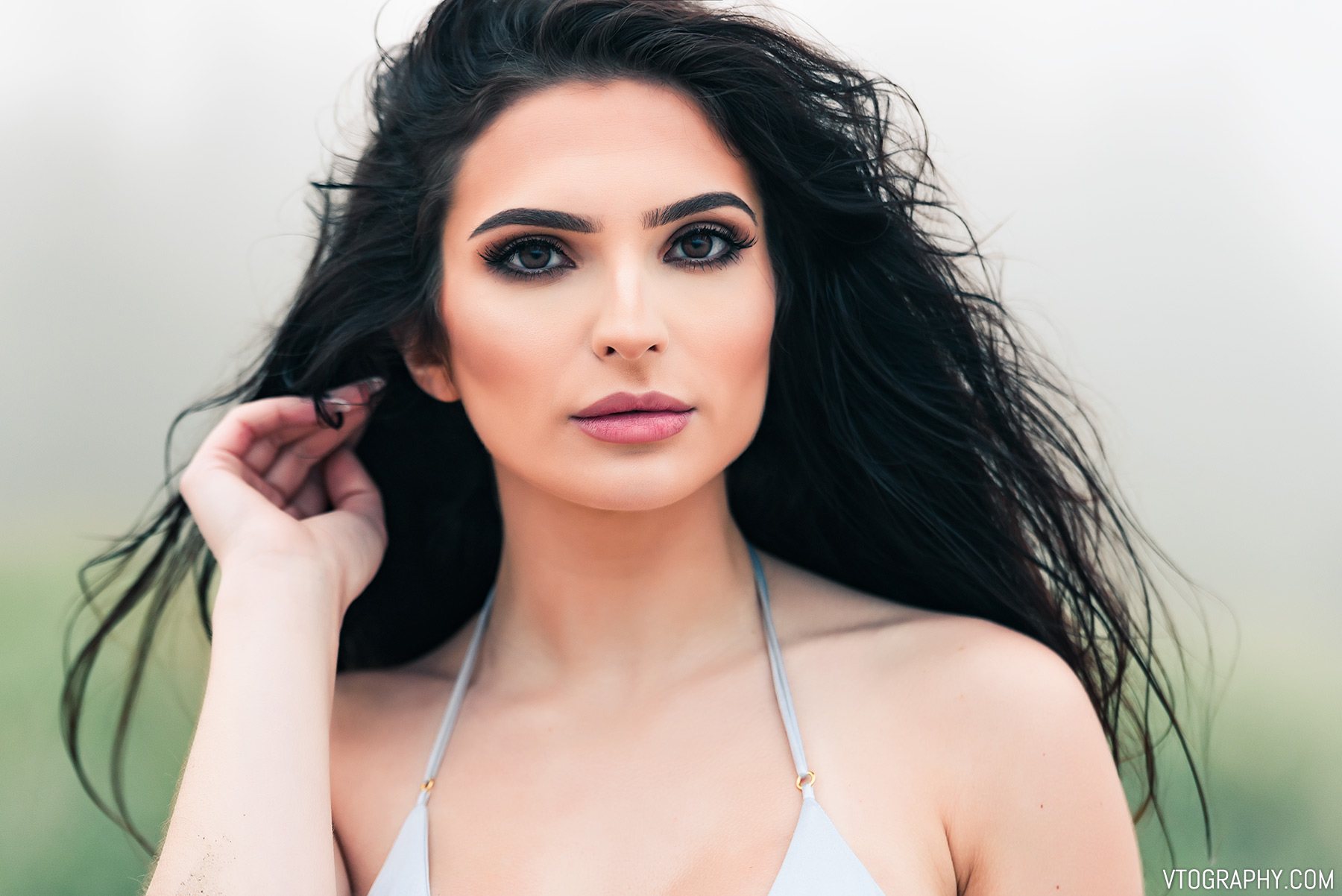 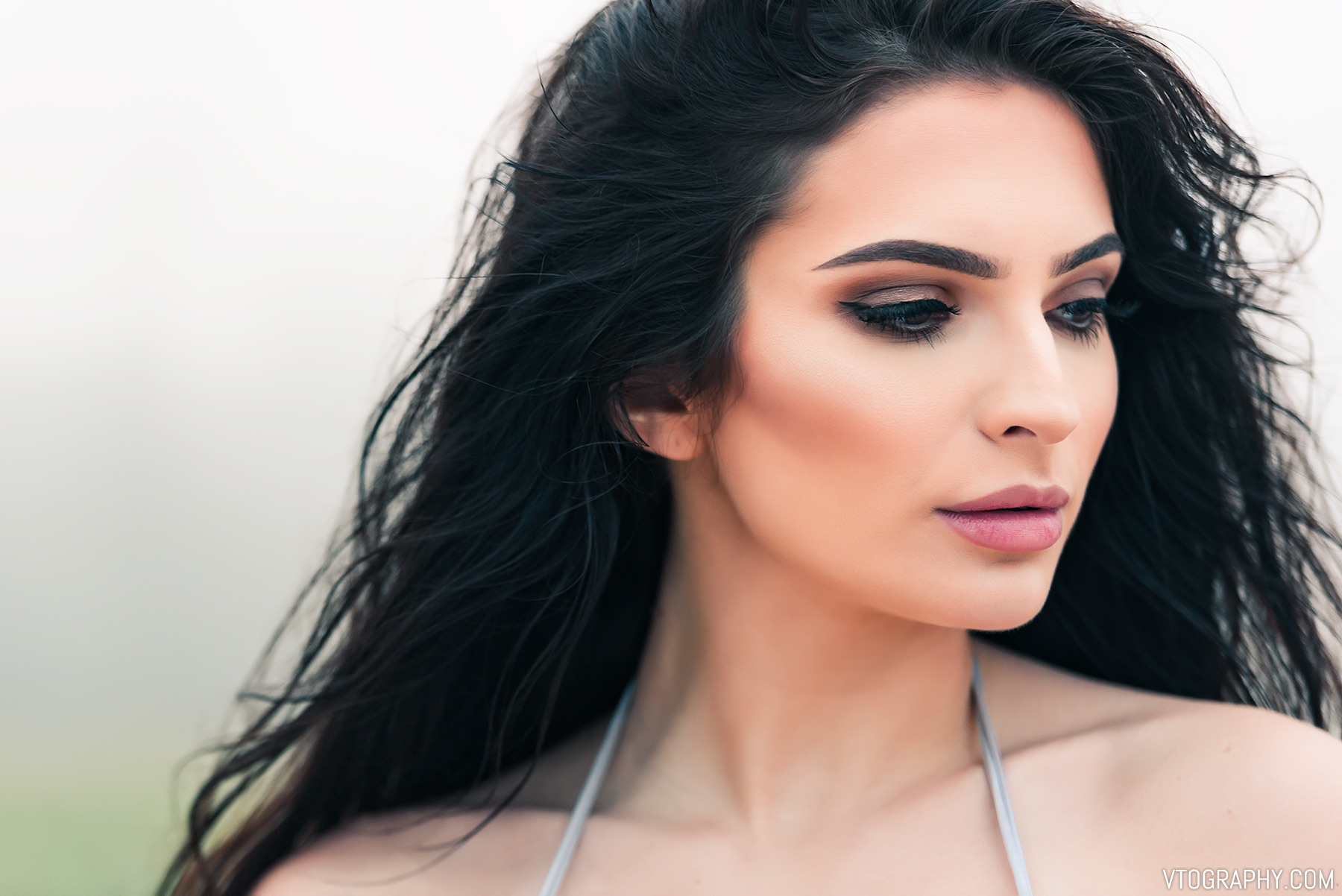 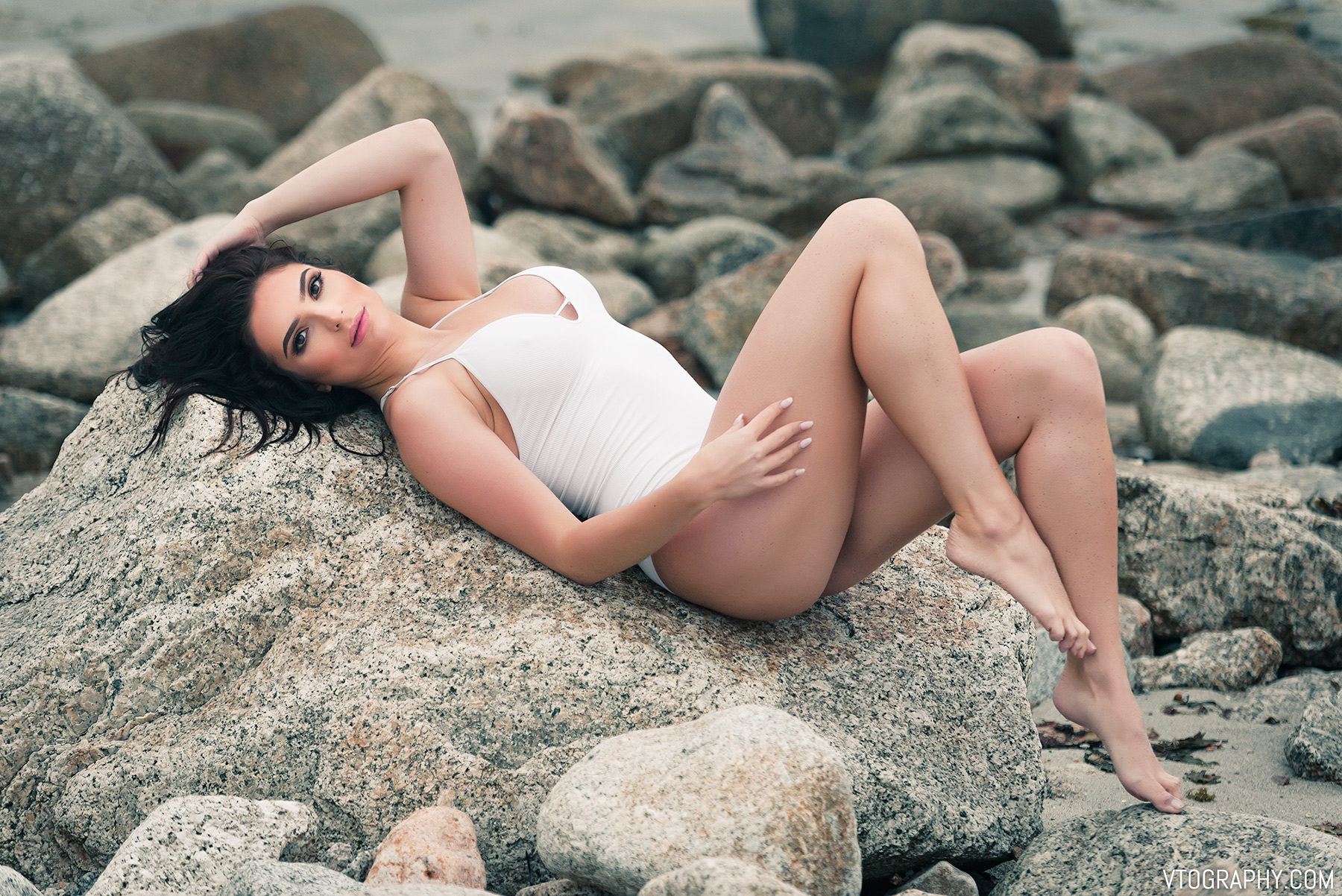 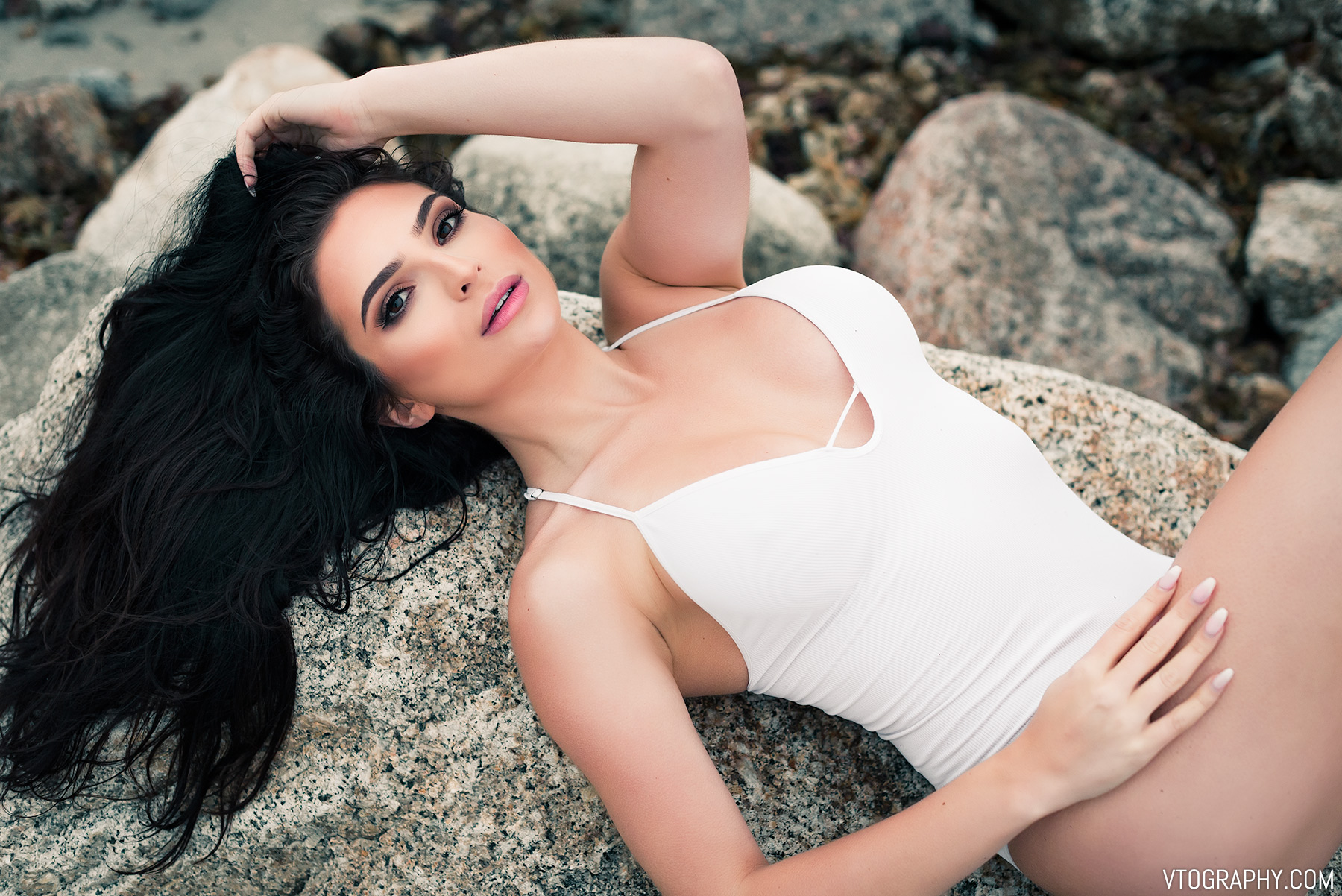 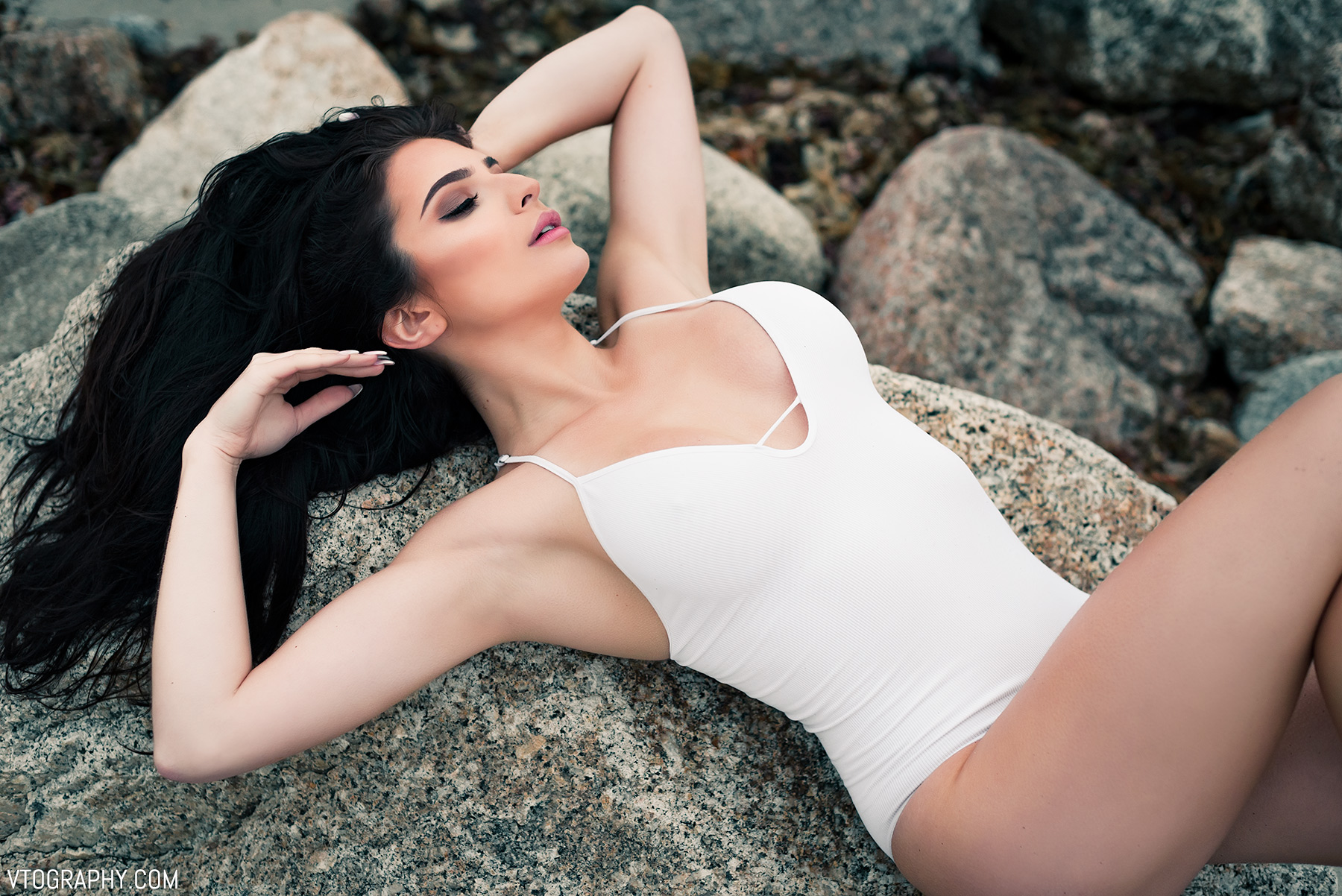 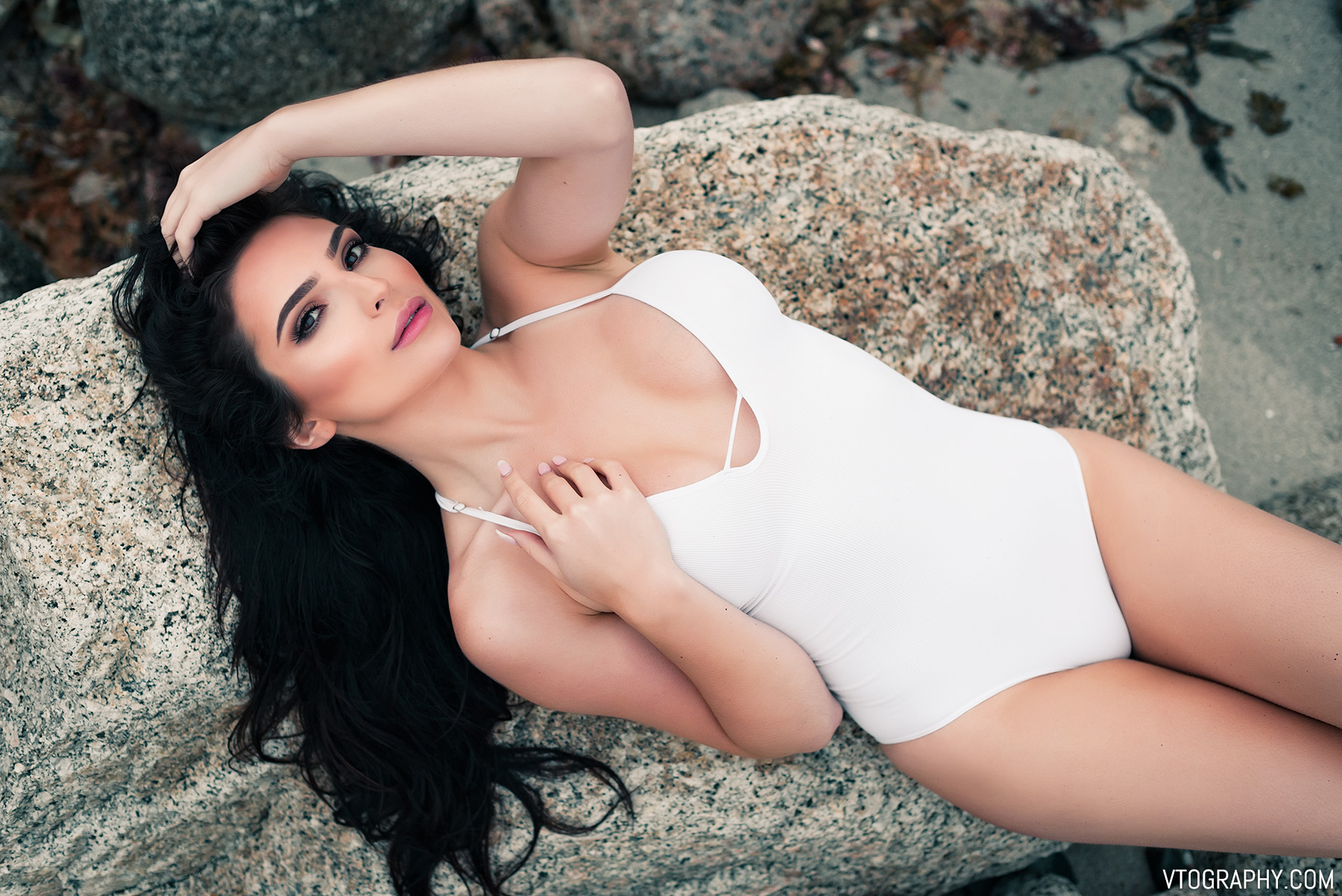 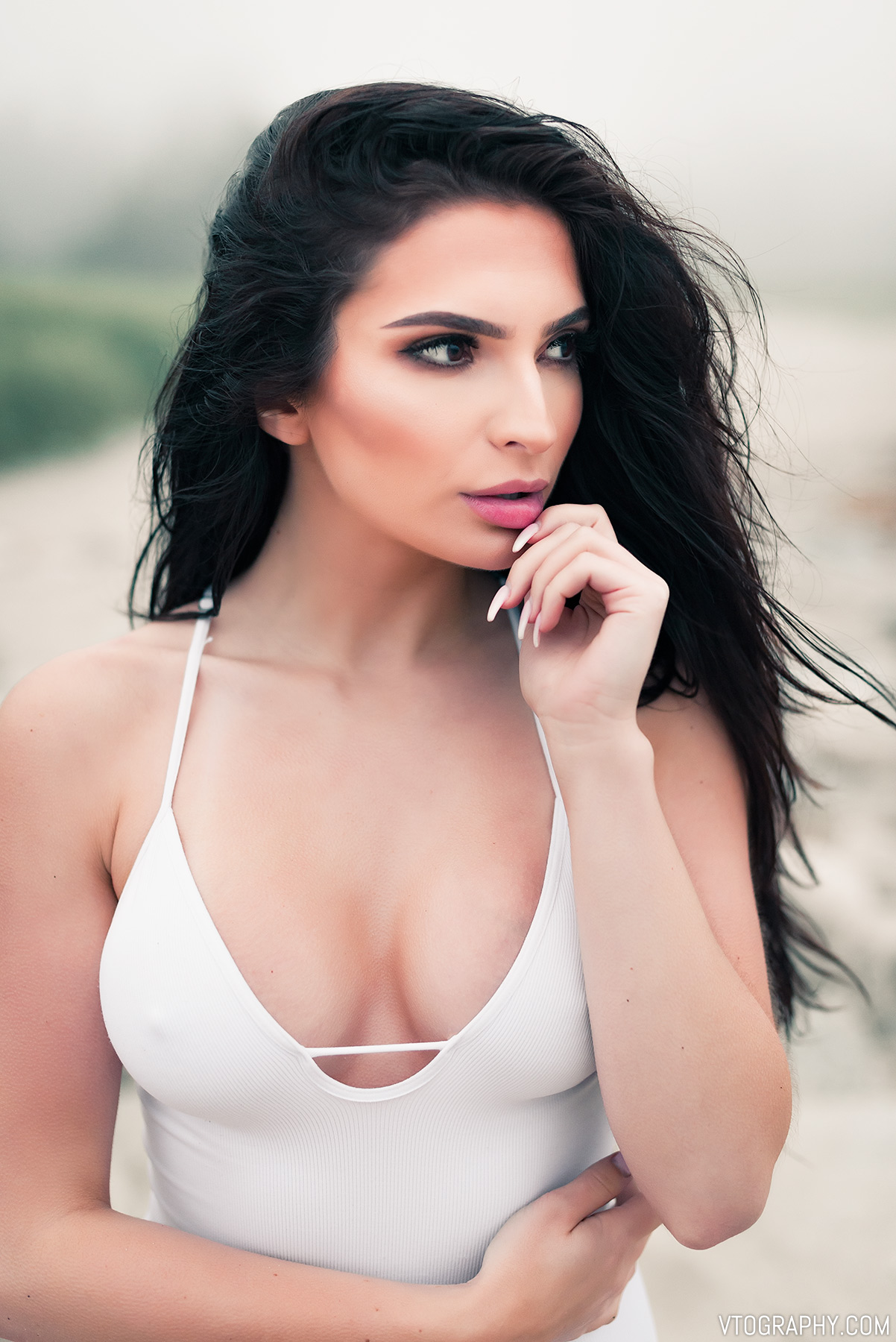 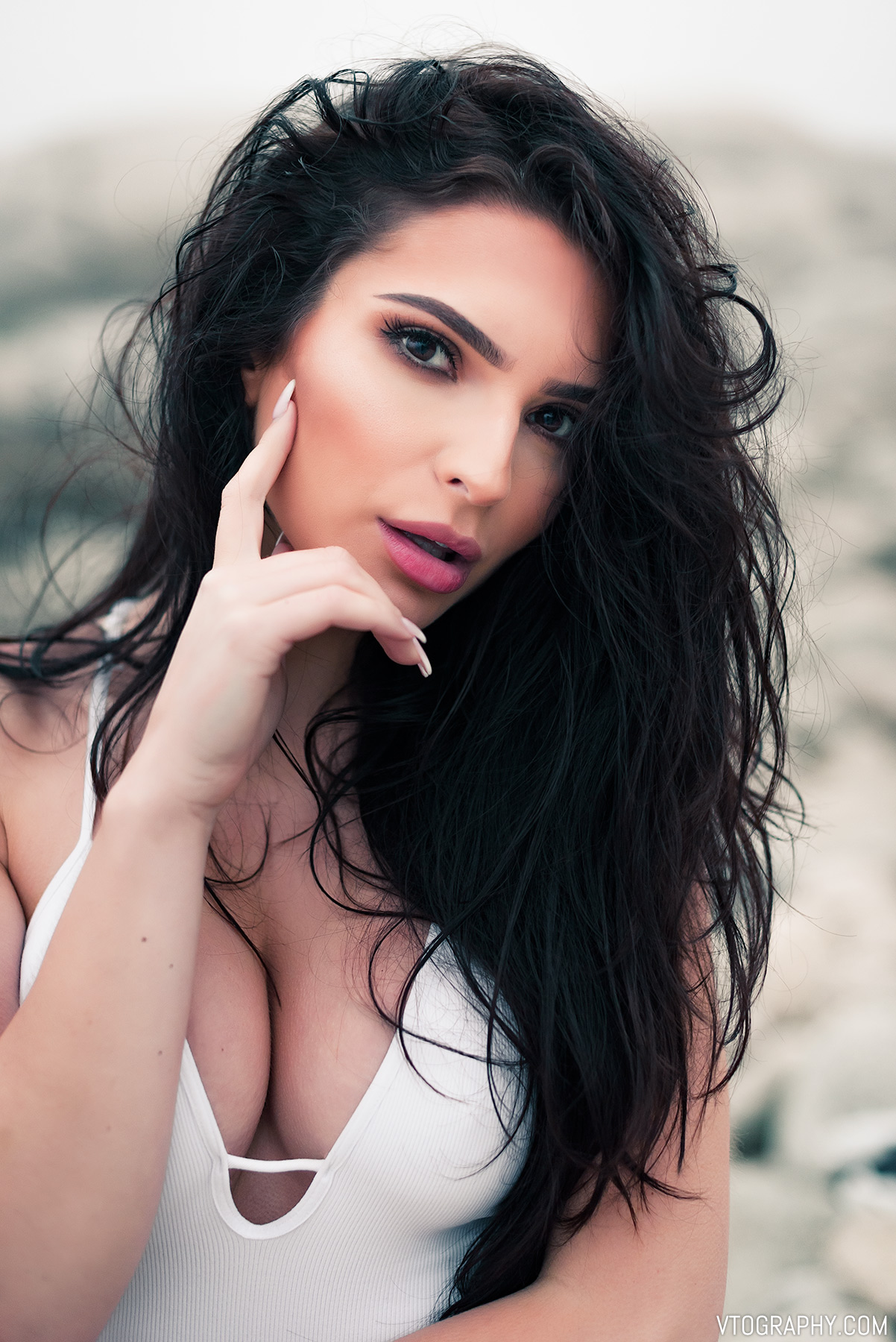