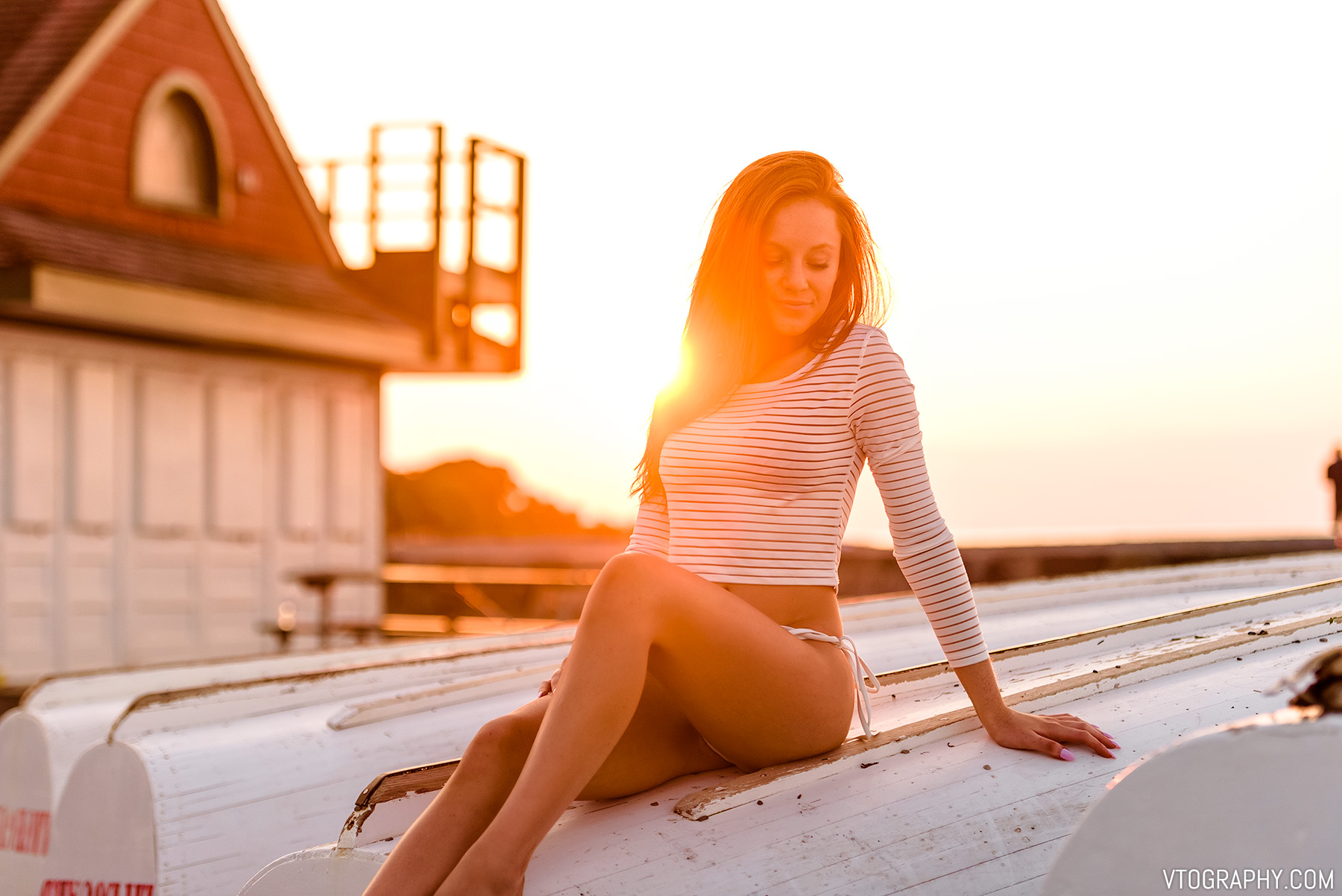 Doing a sunrise photo shoot isn’t always easy or rewarding, thanks to the general unpredictability of the weather. The first time Hannah and I tried these photos on a Sunday morning in July, we were “greyed” out — i.e. the sun never came out from behind grey, overcast clouds, despite the weatherman (or rather weather app) saying it would. Our second attempt worked out much better.

Hannah is the first redhead model I’ve worked with in quite a number of years — they’re few and far between around these parts. Luckily she was game for anything, so waking up two weekends in a row at a ridiculous hour was no problem for her. As mentioned, our first attempt at this sunrise photo shoot didn’t work out so well, and all we did was end up sitting on the beach, talking, while watching drunk people stumble around who hadn’t gone home yet. The following weekend, the sun actually made an appearance (and it was a lot warmer too), though we also had to contend with huge throngs of people who had gathered for an early morning charity run. For some reason, half a dozen other photographers had also chosen this exact spot on the beach to capture the sunrise (sans models however).

The Nikon 70-200mm FX ƒ/2.8G ED VR II AF-S Zoom Lens was my weapon of choice for this sunrise photo shoot, since I had ample working space on the large beach (while dodging other photographers and their tripods). I used the full range of focal lengths from 70mm to 200mm, with the aperture between ƒ/2.8 and ƒ/4 for the whole shoot. Although I had originally planned to use only the lifeguard boats in the photos, it turns out the Leuty lifeguard station (built in 1920!) made for a decent backdrop as well. It’s probably the most photographed landmark in the Beaches neighbourhood of Toronto.

Hannah paired her bikini bottoms with a crop top I had. Although the long-sleeved crop top pictured here came from H&M, I haven’t seen anything like it there lately (got it a couple years ago). But I did notice that Urban Planet has a good selection of long-sleeved crop tops for decent prices.

See all of Hannah’s sunrise photo shoot below 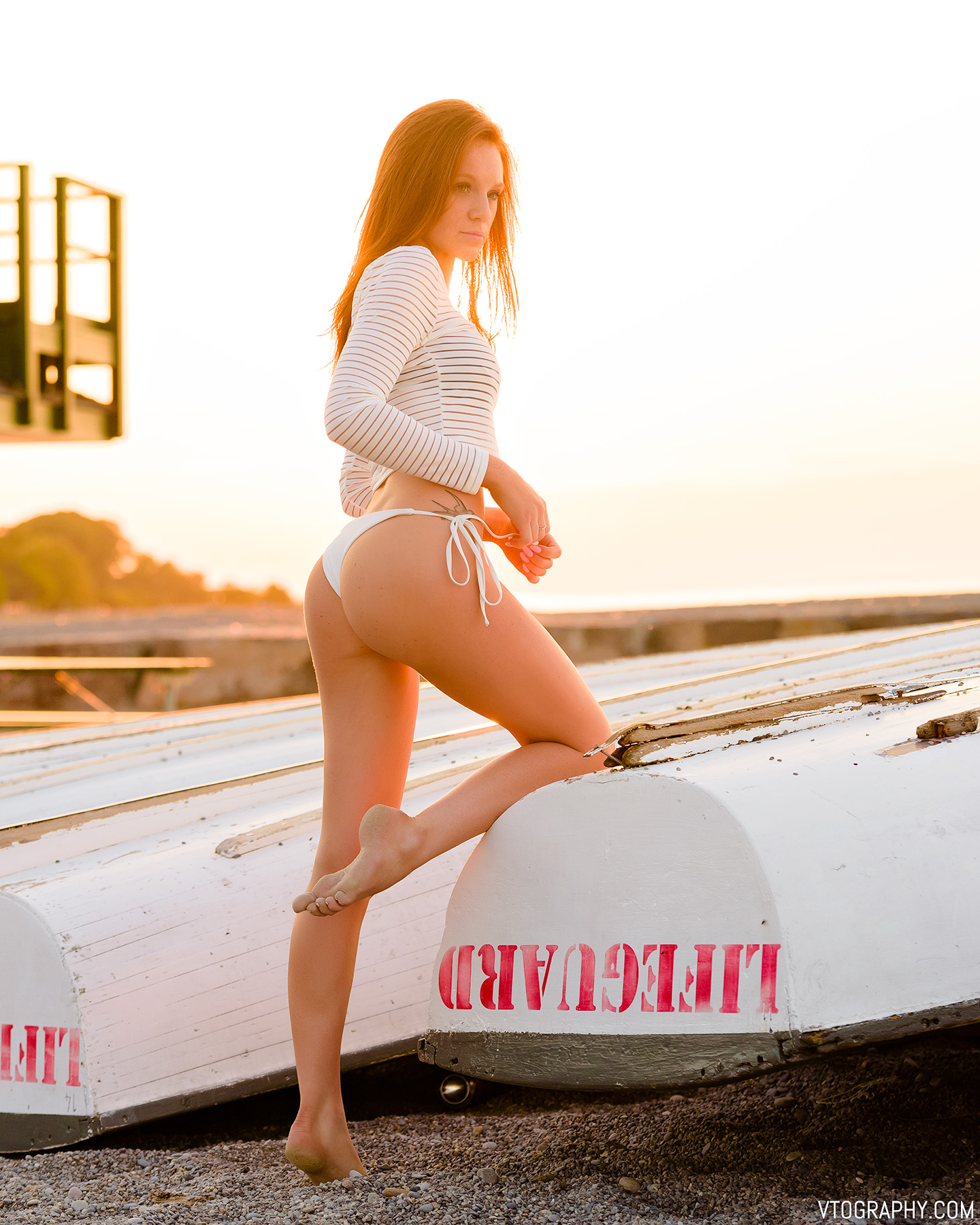 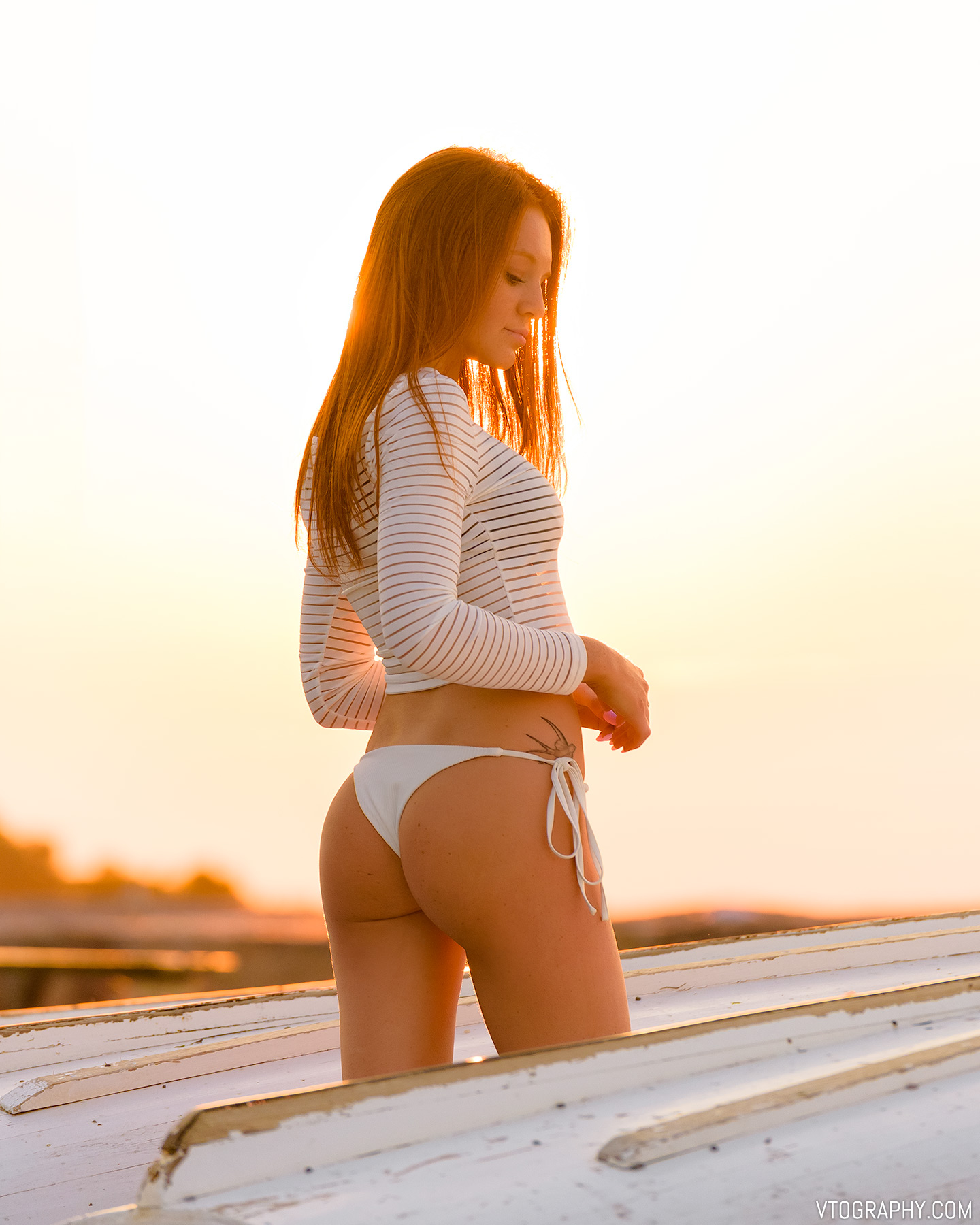 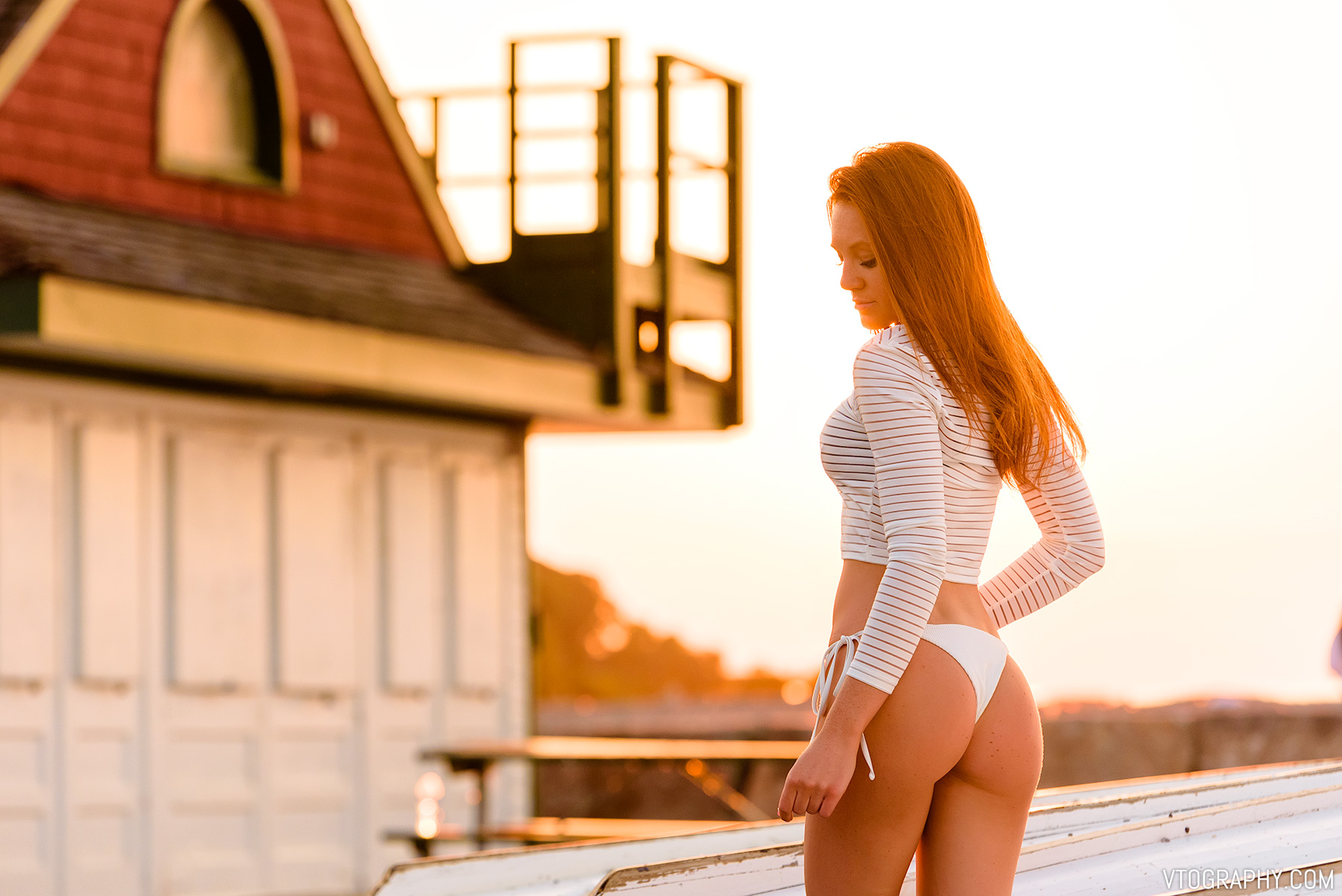 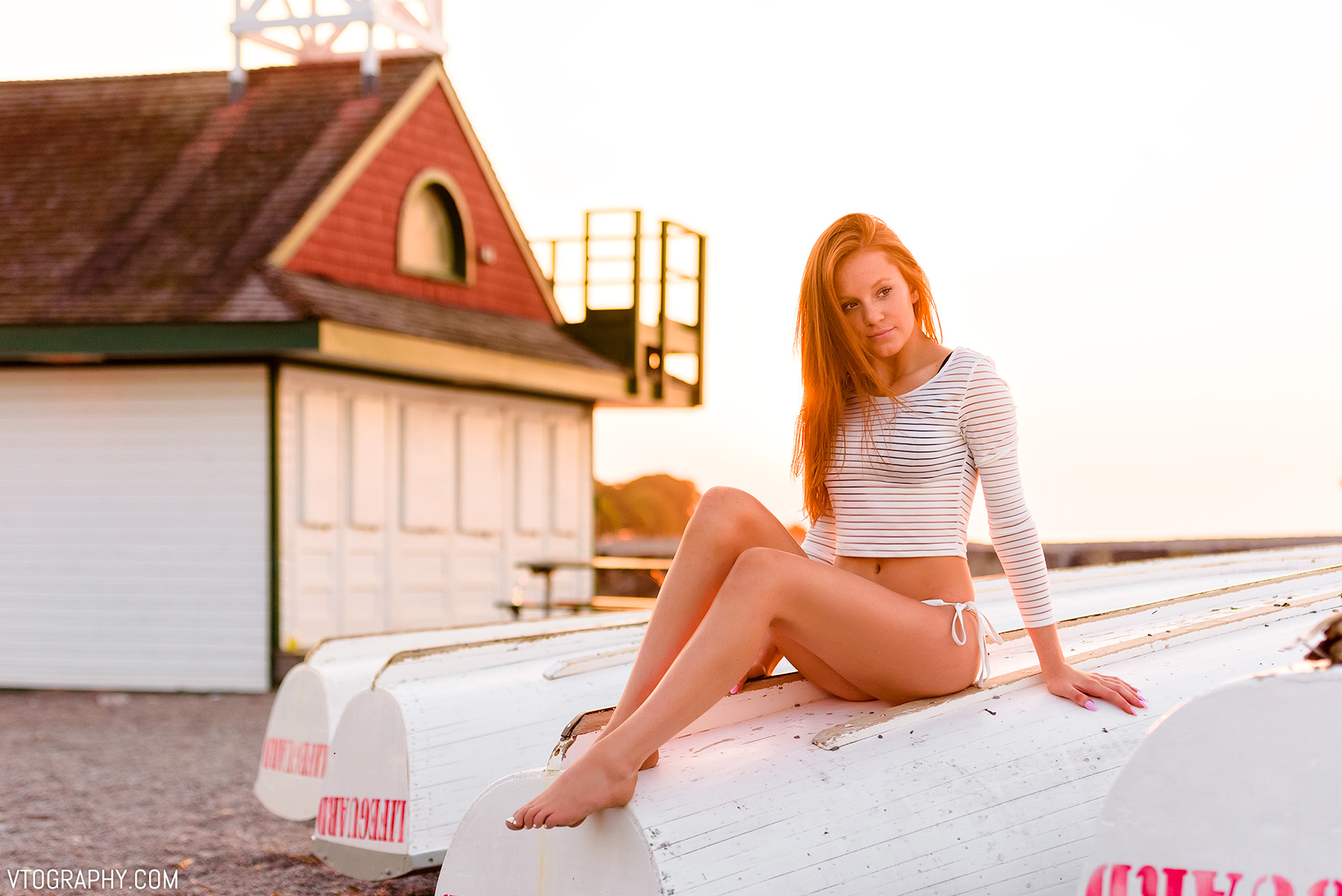 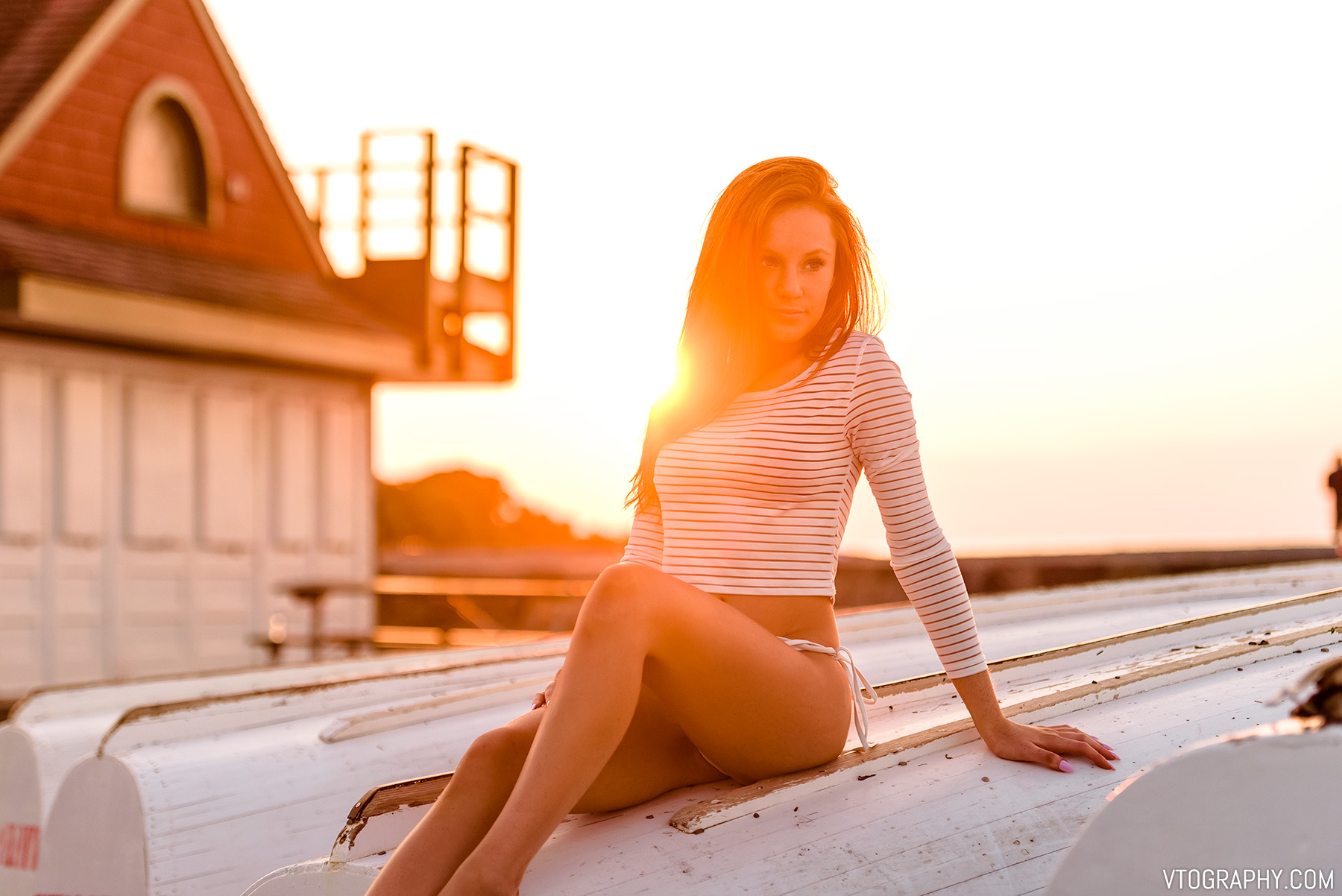 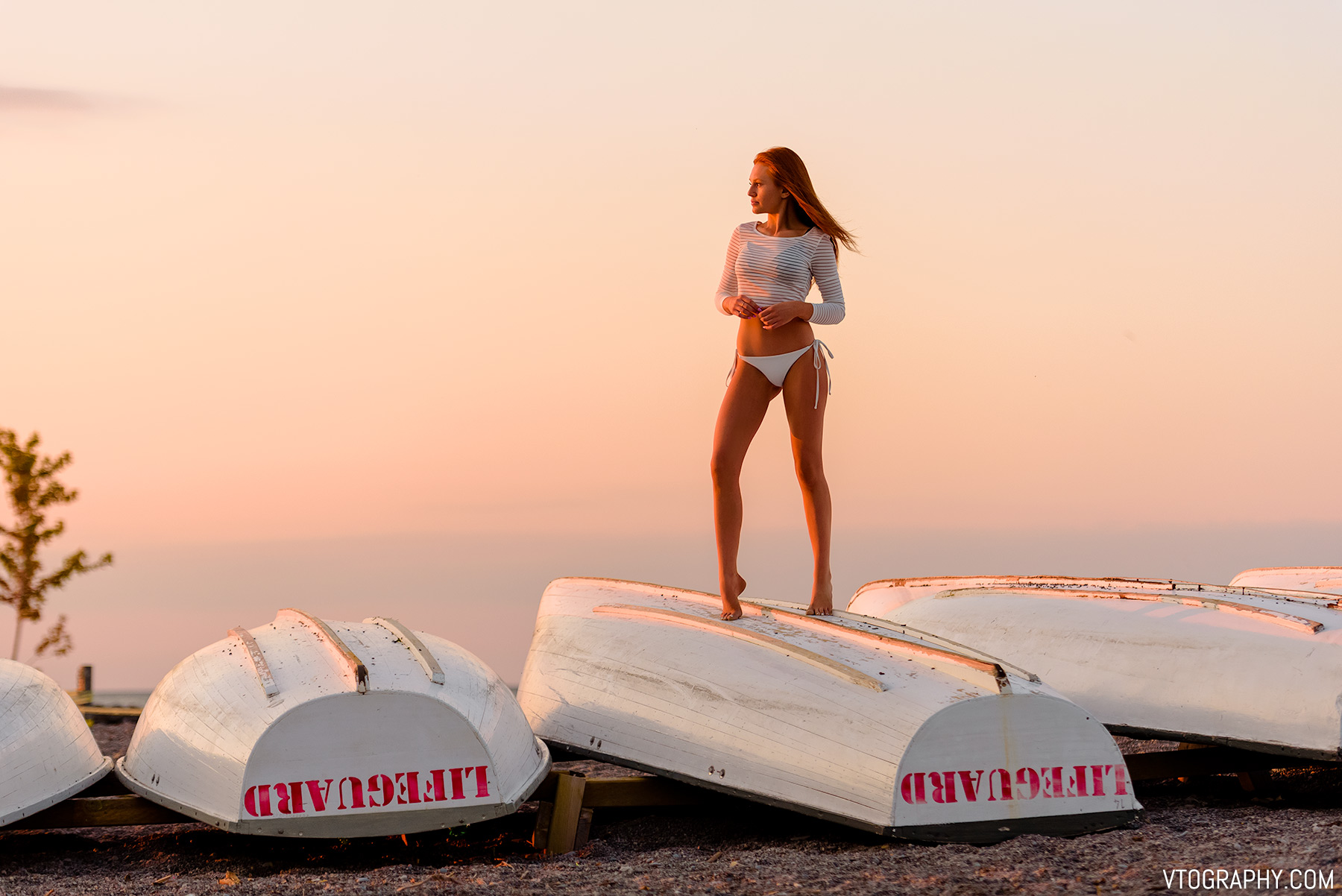 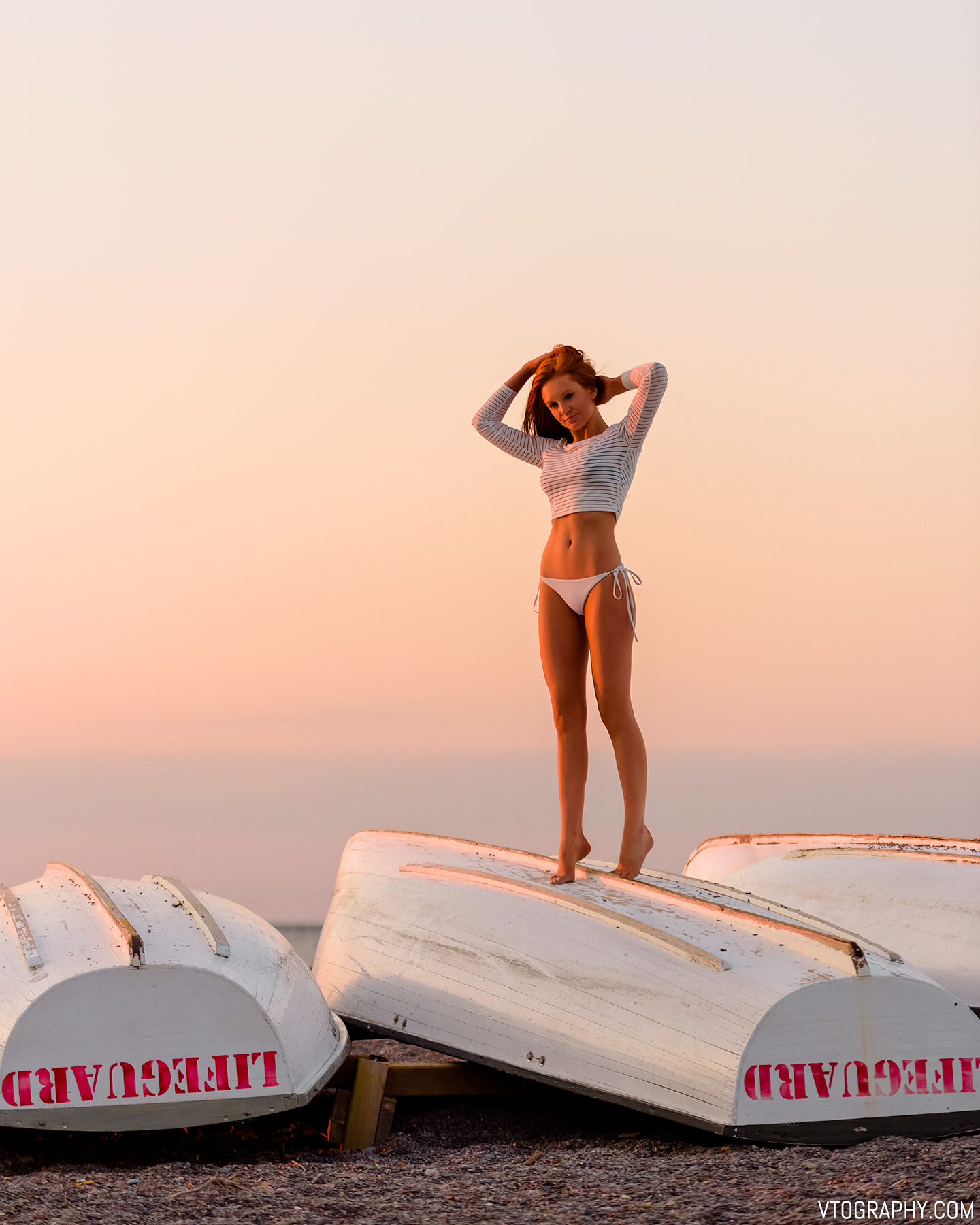 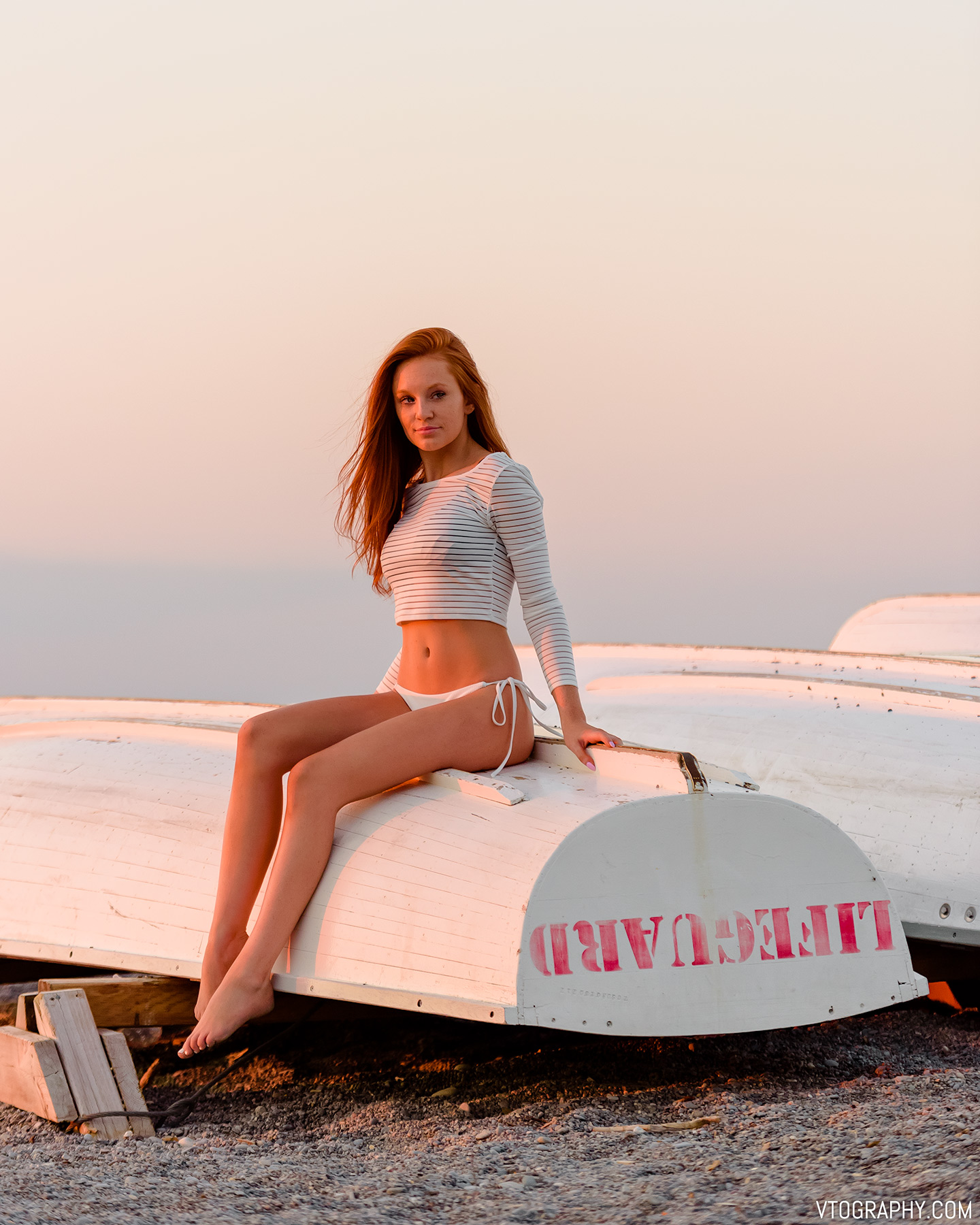 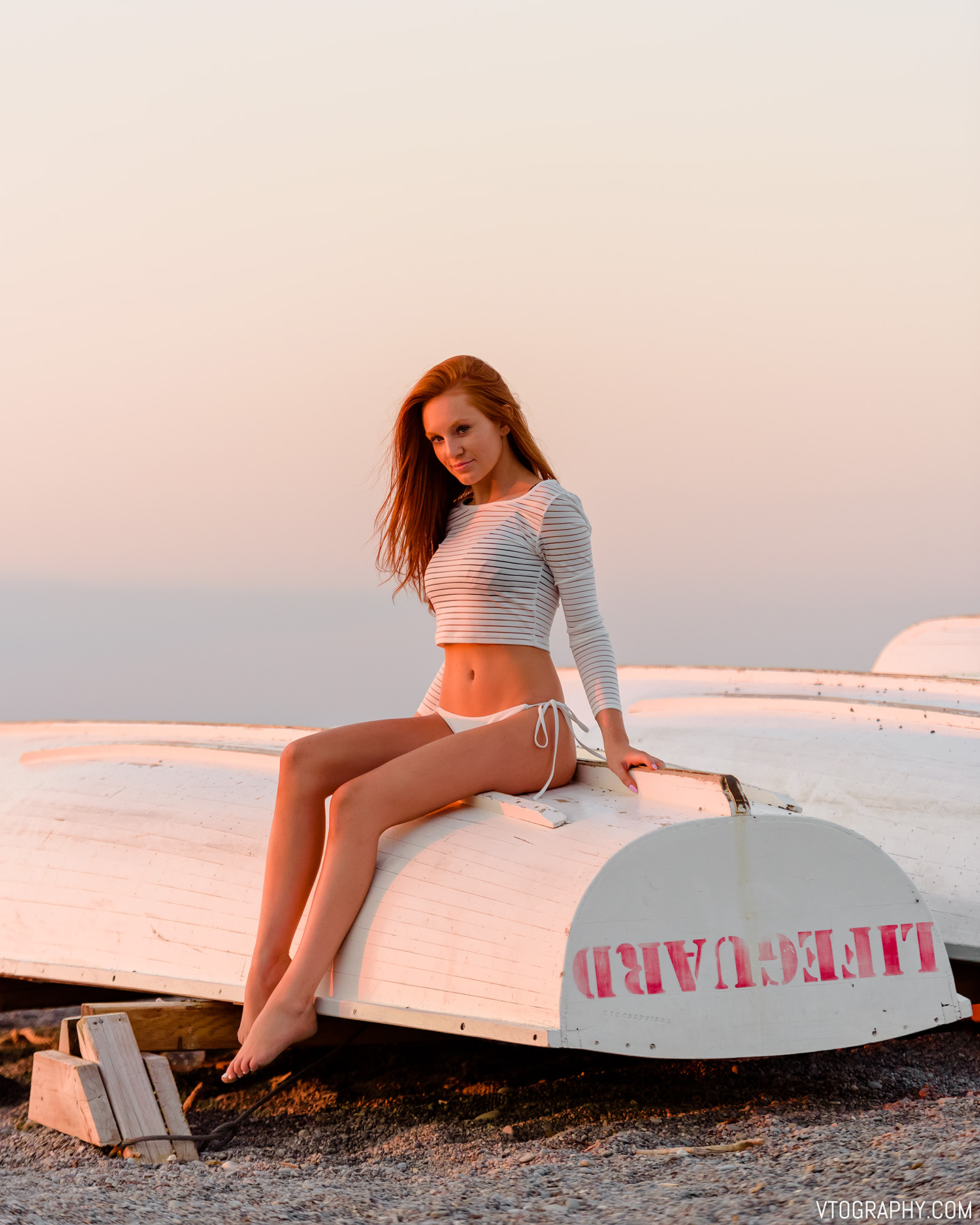 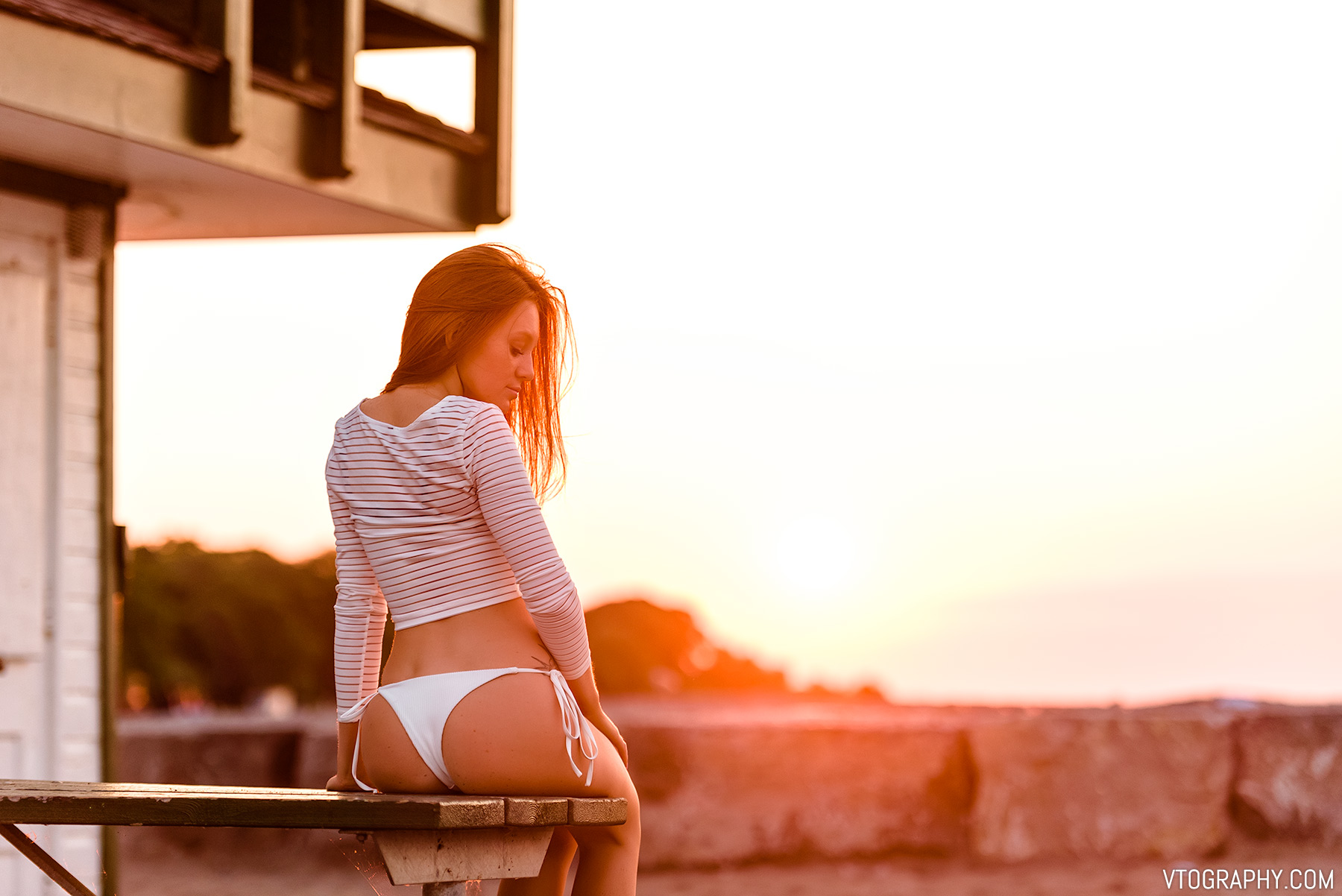 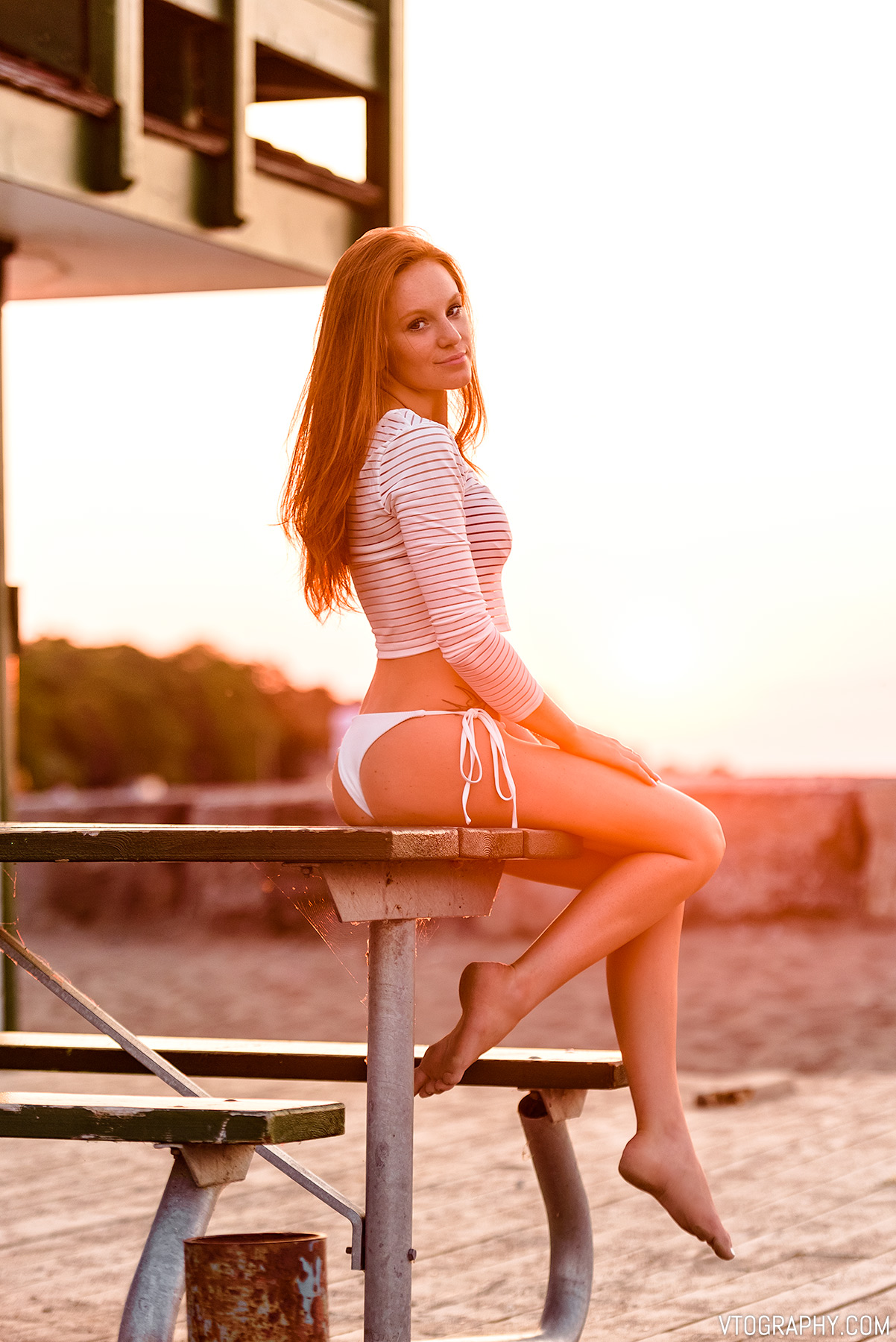 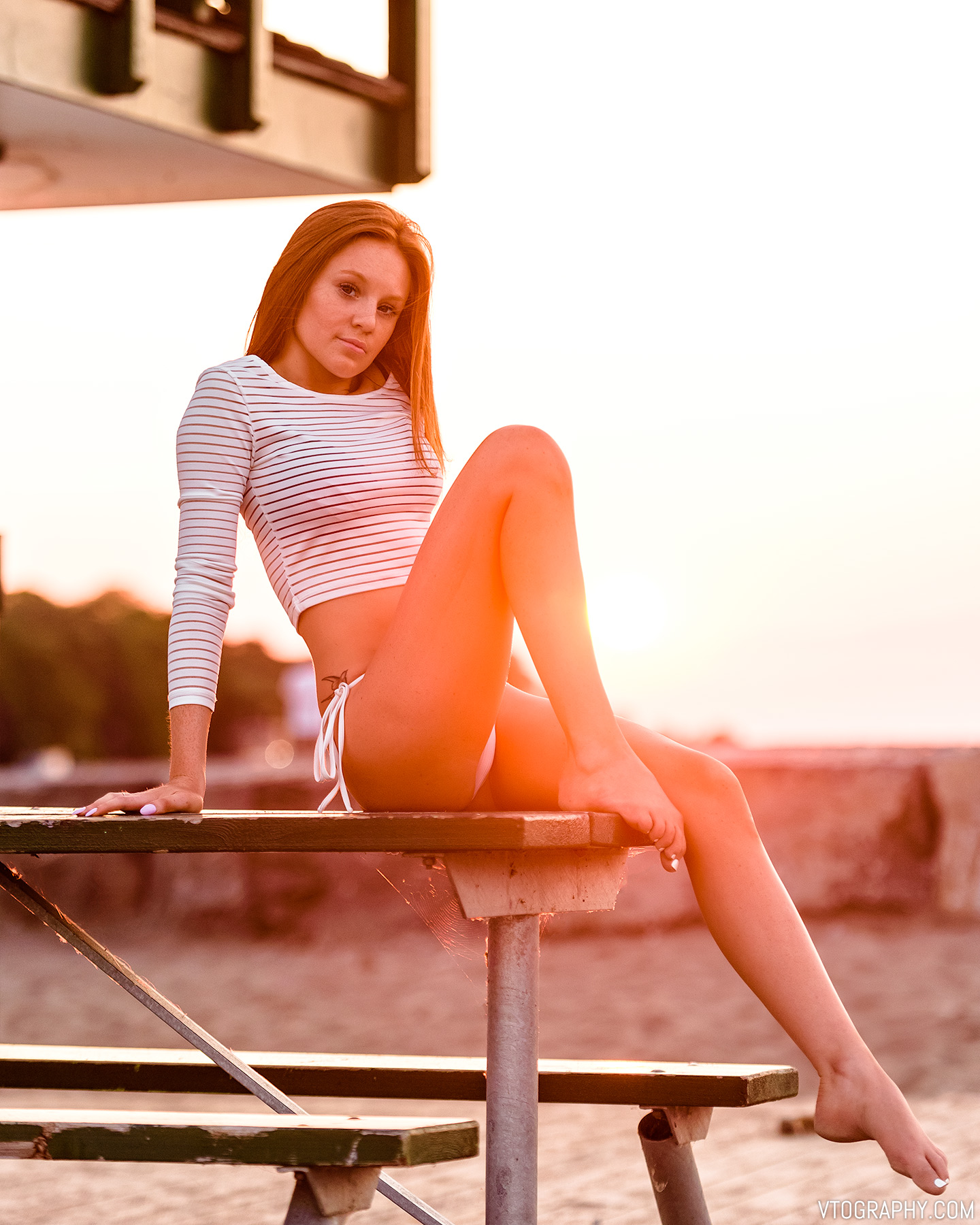 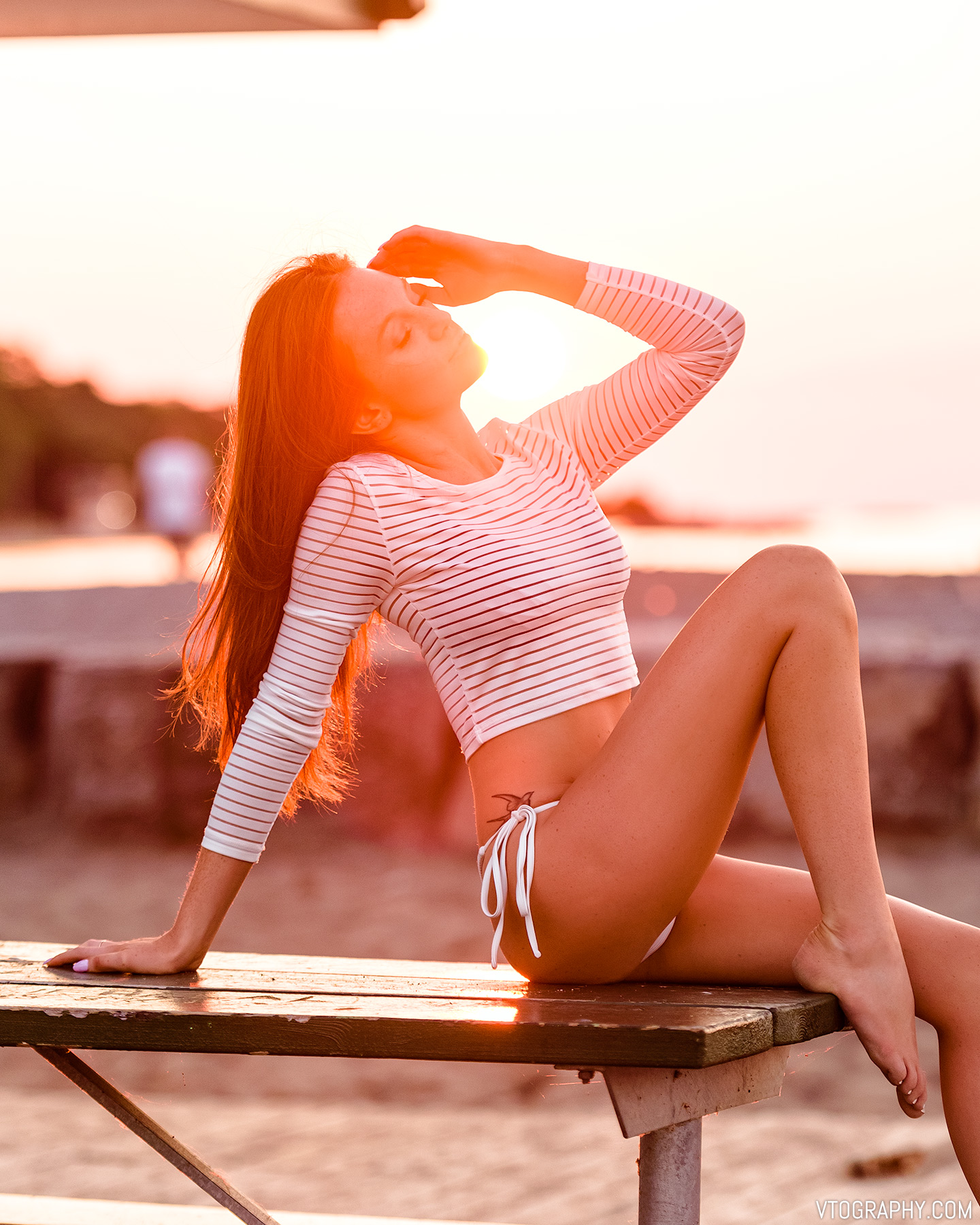 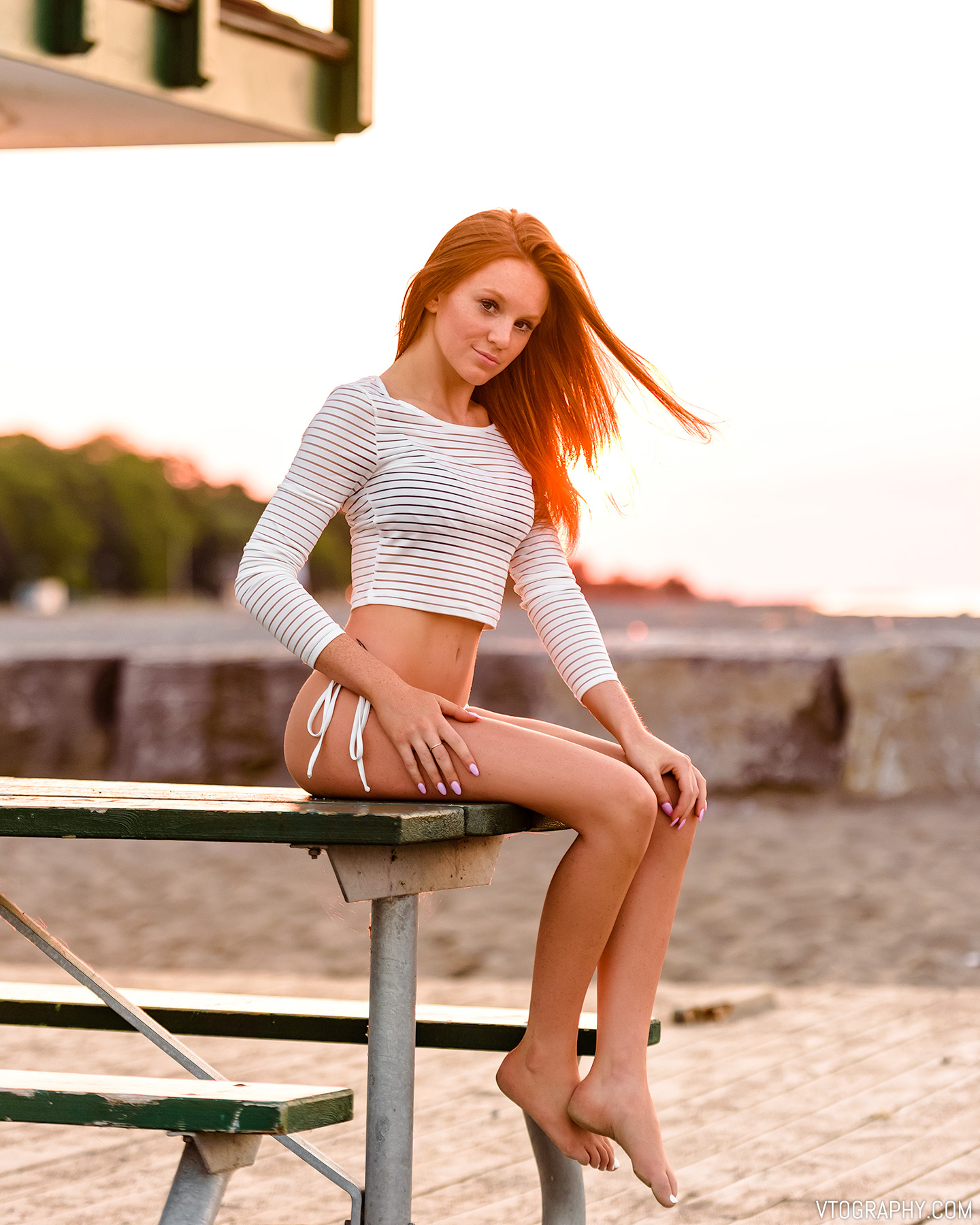 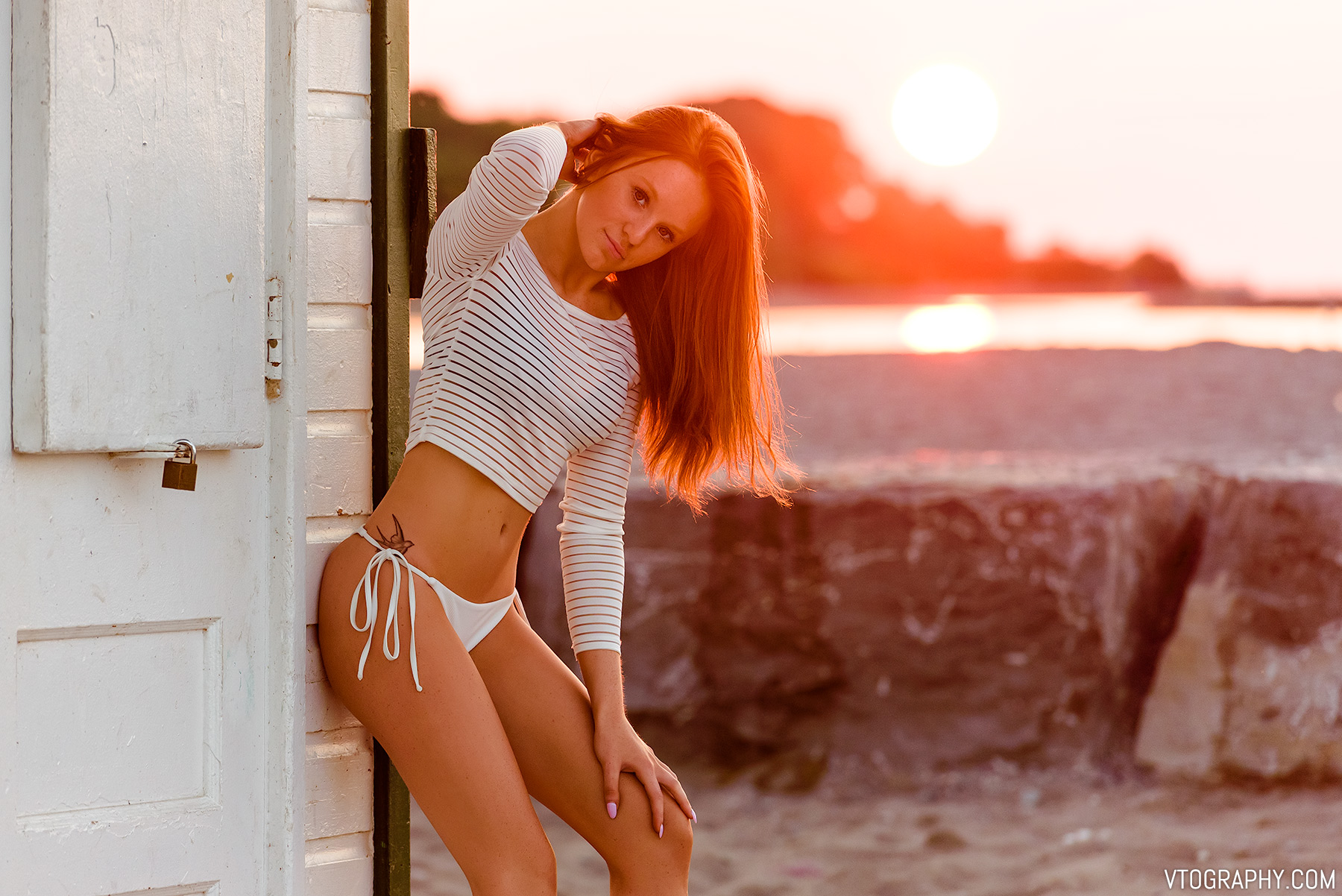