I’ve written before about my love for doing photo shoots at Hanlan’s Point Beach in Toronto, but it’s not without its challenges. A few days before the below photo shoot, we had a false start when we visited Hanlan’s Point but it was far too windy and cold to shoot, despite the mainland having quite tolerable weather.

The perils of the island beach are many. Recently, controversy surrounded Hanlan’s Point Beach as some creepy old codgers erected signs and accosted beachgoers, demanding that they disrobe while on the beach. This despite the fact that the beach is officially “clothing optional”, not nude. Personally I’ve always made it a point to avoid the clothing optional side of the beach (one small part is clothing optional, the rest is clothing mandatory) since it’s usually much busier there.

With more and more people buying cameras and suddenly declaring themselves “photographers”, the beach sees a lot of action from these fauxtographers and their subjects who want to do photo shoots at Hanlan’s Point. I might have to find some new places to hang out soon.

Everything below was shot with the Nikon 70-200mm FX ƒ/2.8G ED VR II AF-S Zoom Lens except the last four images. For those, I used the Nikon 50mm FX ƒ/1.4G AF-S Lens for a closer, more intimate feel. I used a wide aperture of ƒ/2 to really smooth away any background detail and keep the focus on Cortana Blue’s face and awesome brown eyes.

Photography tip: Lenses usually aren’t very sharp when at their widest aperture. Stopping down just 1 or 2 ƒ-stops can have a drastic difference on sharpness and improve your images. But don’t go too far! Once a lens has been stopped down too much, diffraction will actually make the image look unsharp. Read more about lens diffraction at The Luminous Landscape.

For the images below that are backlit by the sun, I used the intentional underexposure technique that I detailed here to retain the highlight detail and have a well-balanced image of dark and light tones. 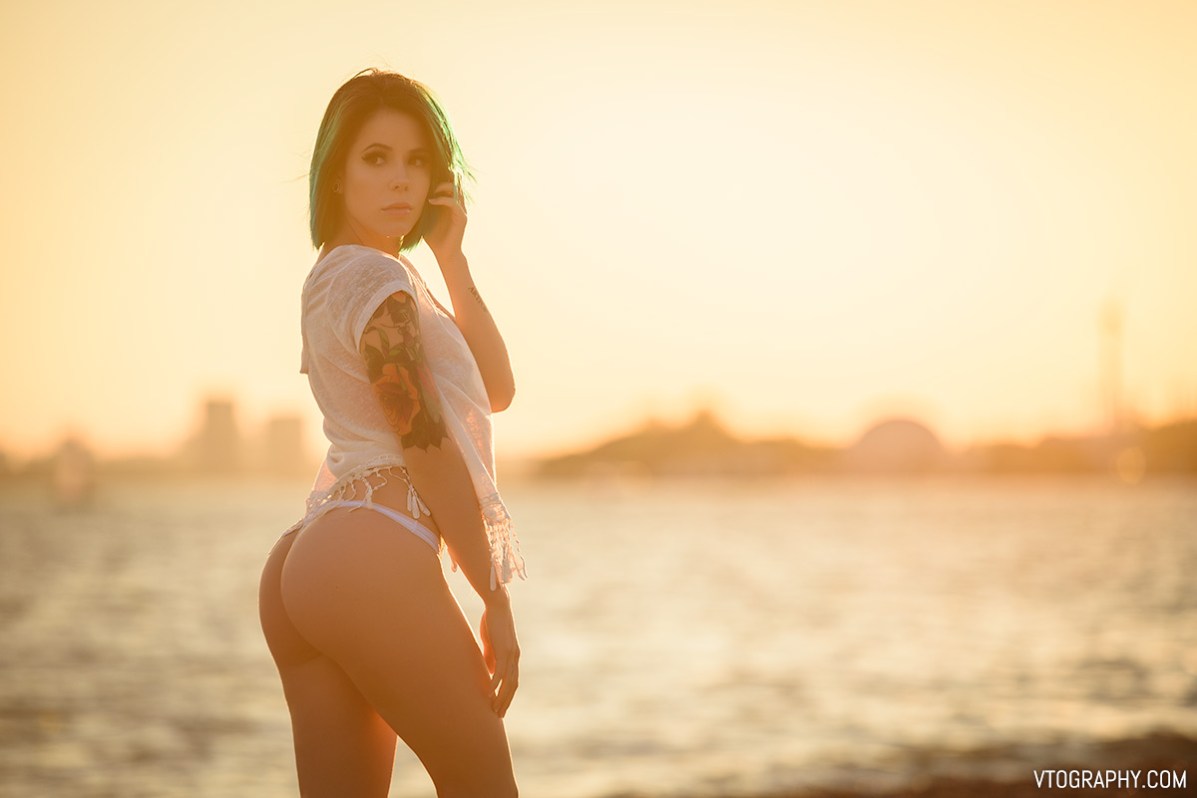 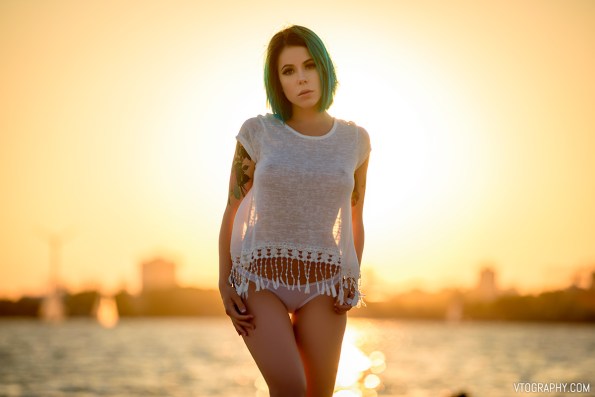 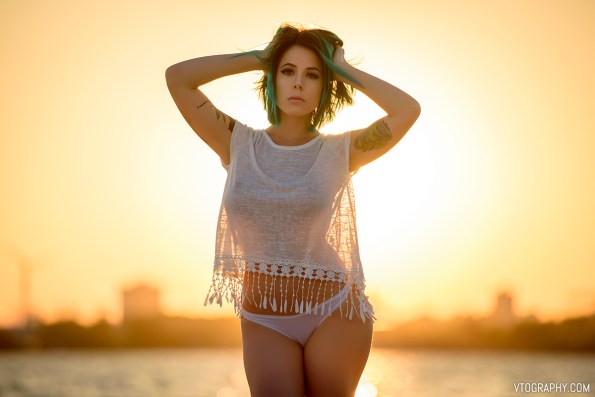 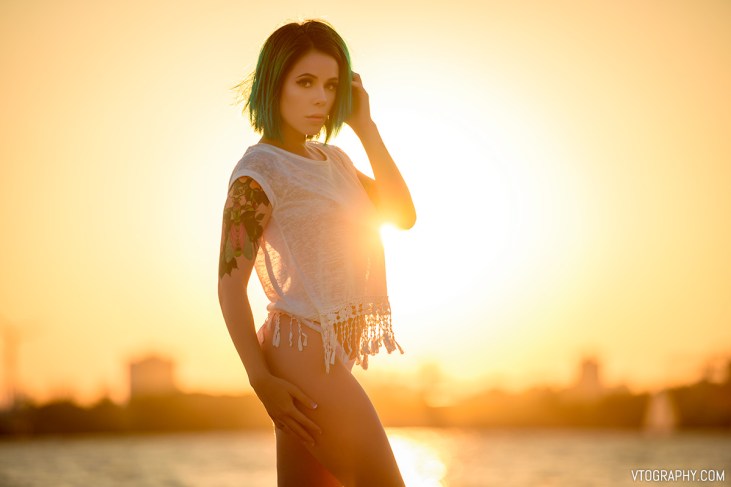 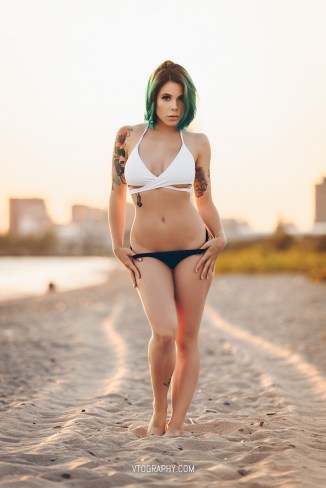 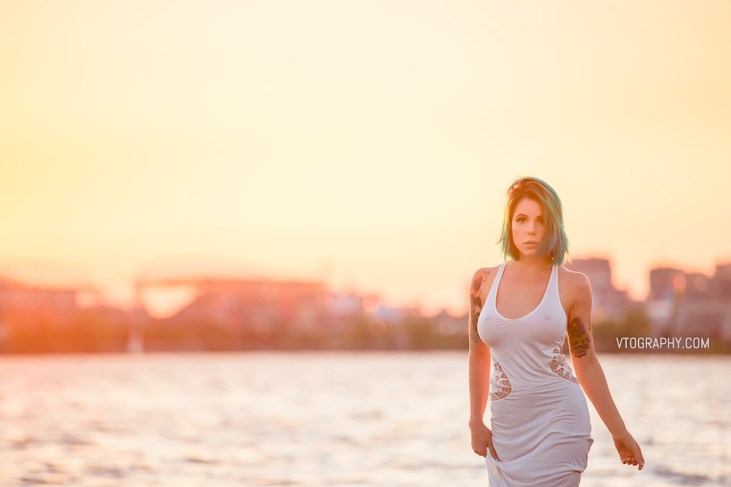 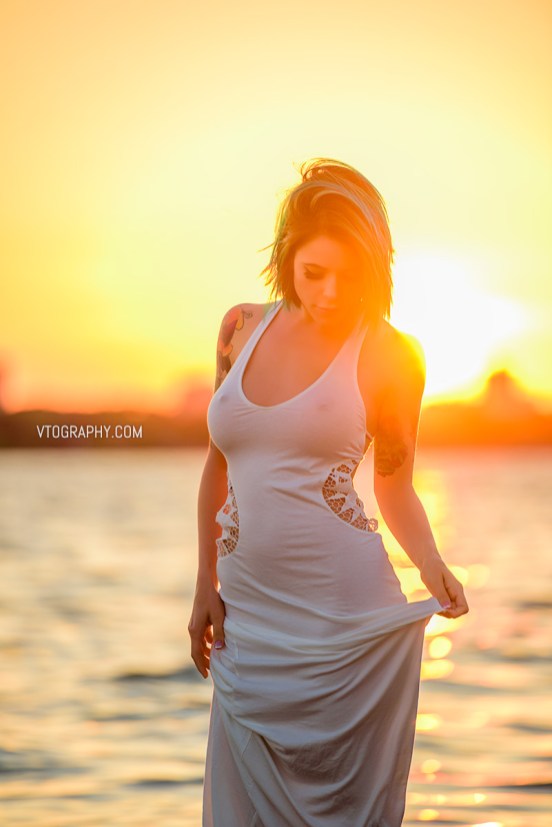 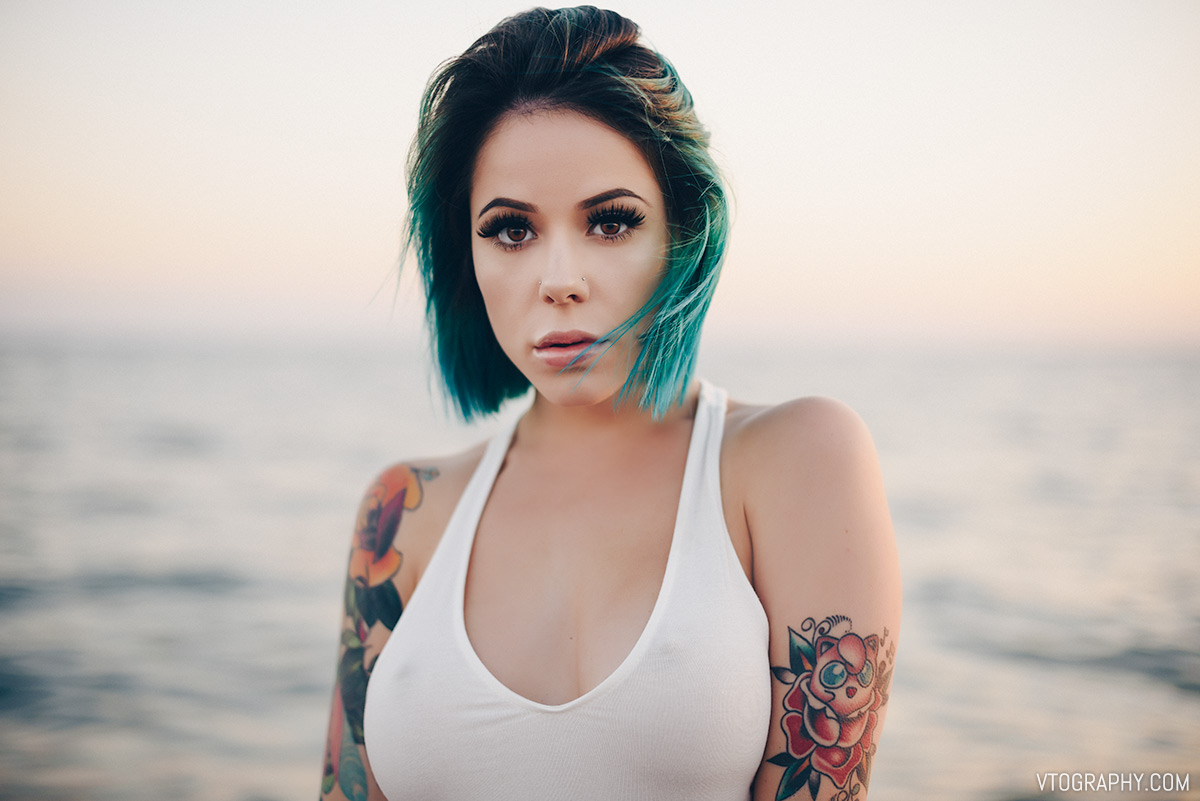 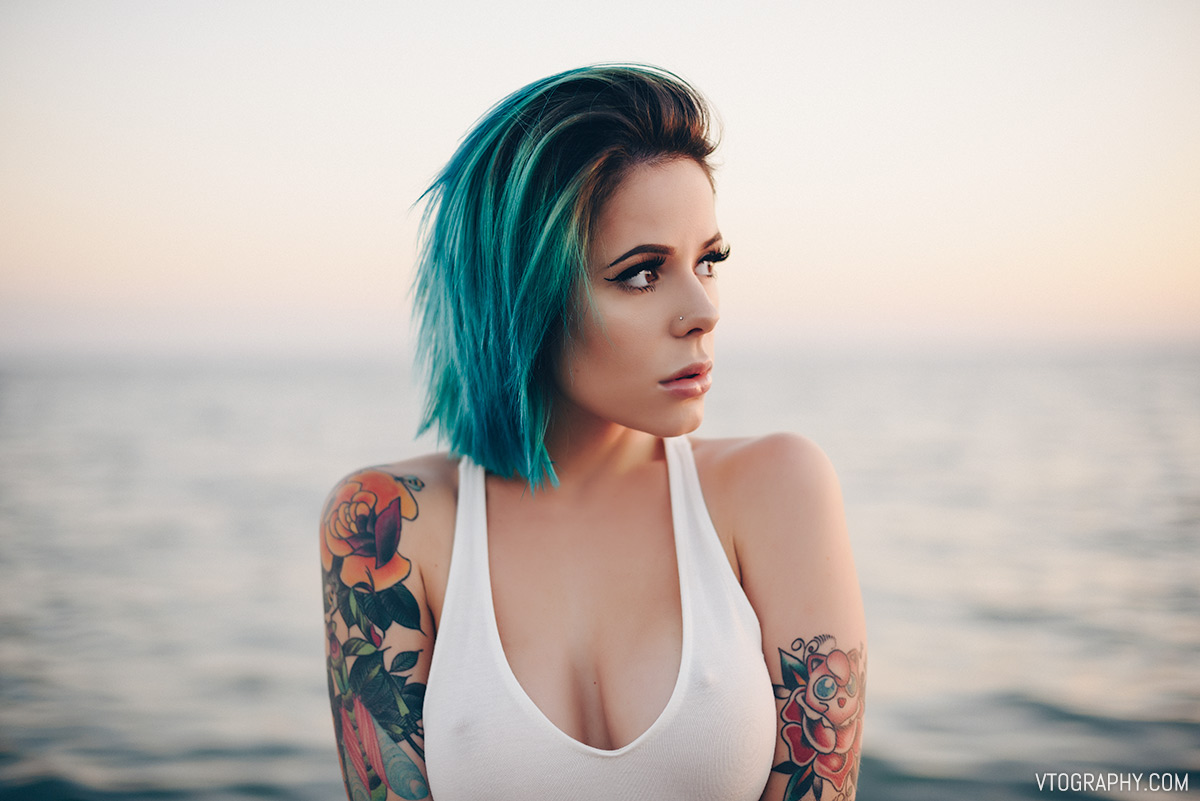 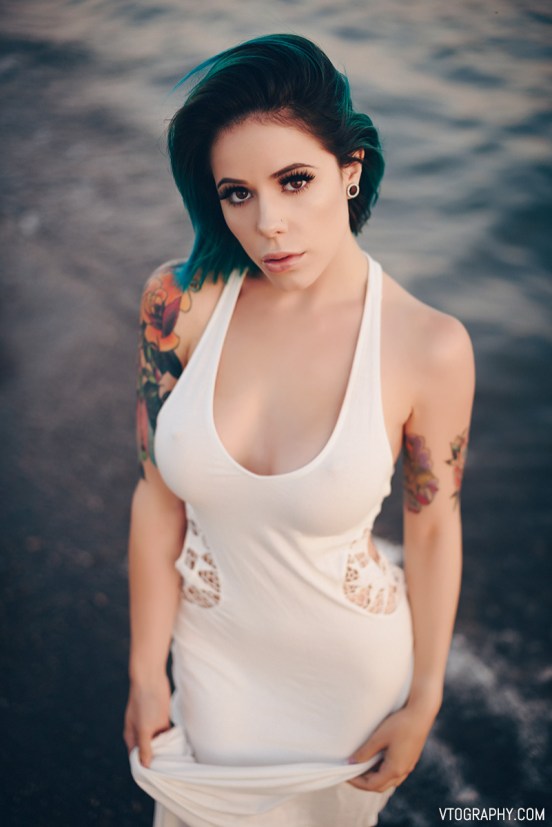 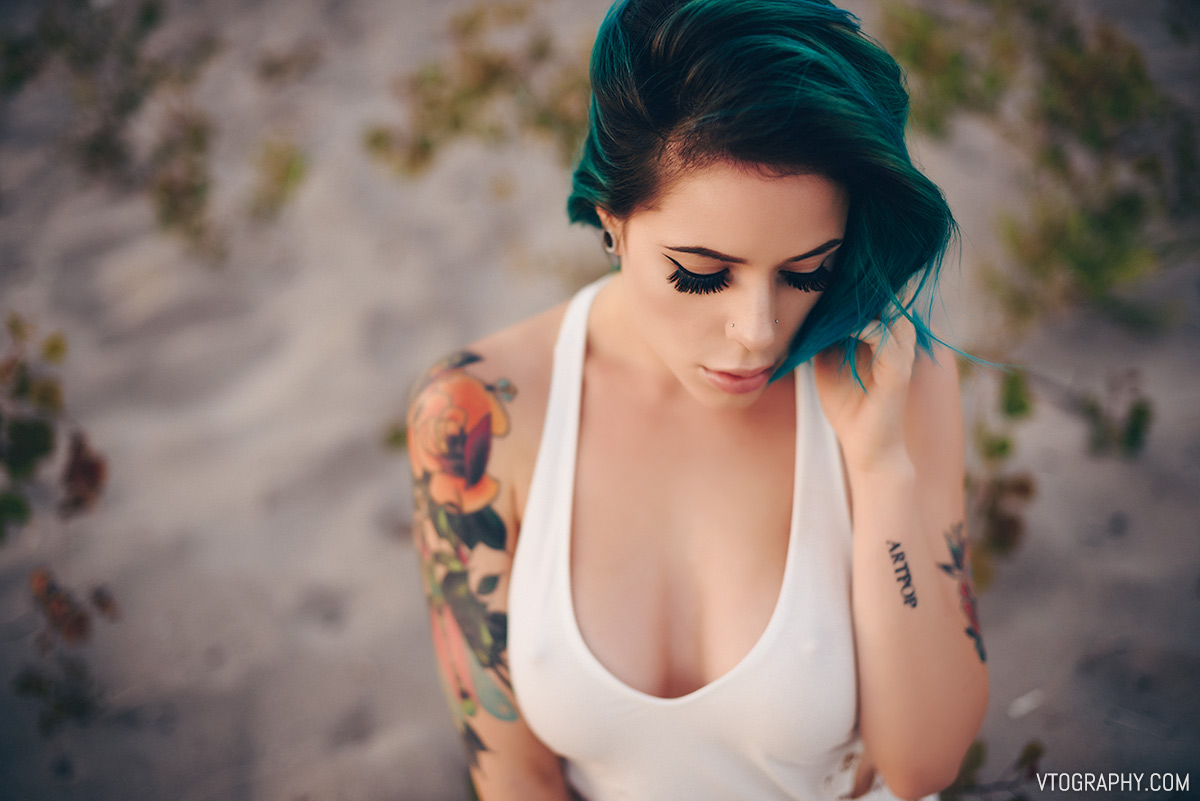