Even though she doesn’t model much any more, Alison and I collaborate once a year-ish on new images. This was our third time hitting the beach for some photos, and our second time at sunrise — I guess we’ve found our niche. Below I’m going to show you a recent technique I’ve used in all my shoots over the last year or so to retain highlight and shadow detail in tricky, high-contrast lighting situations like a backlit subject at sunrise: Intentional Underexposure and Correcting Underexposed Images Using Lightroom. Scroll down to see how you can replicate this in your own photos. 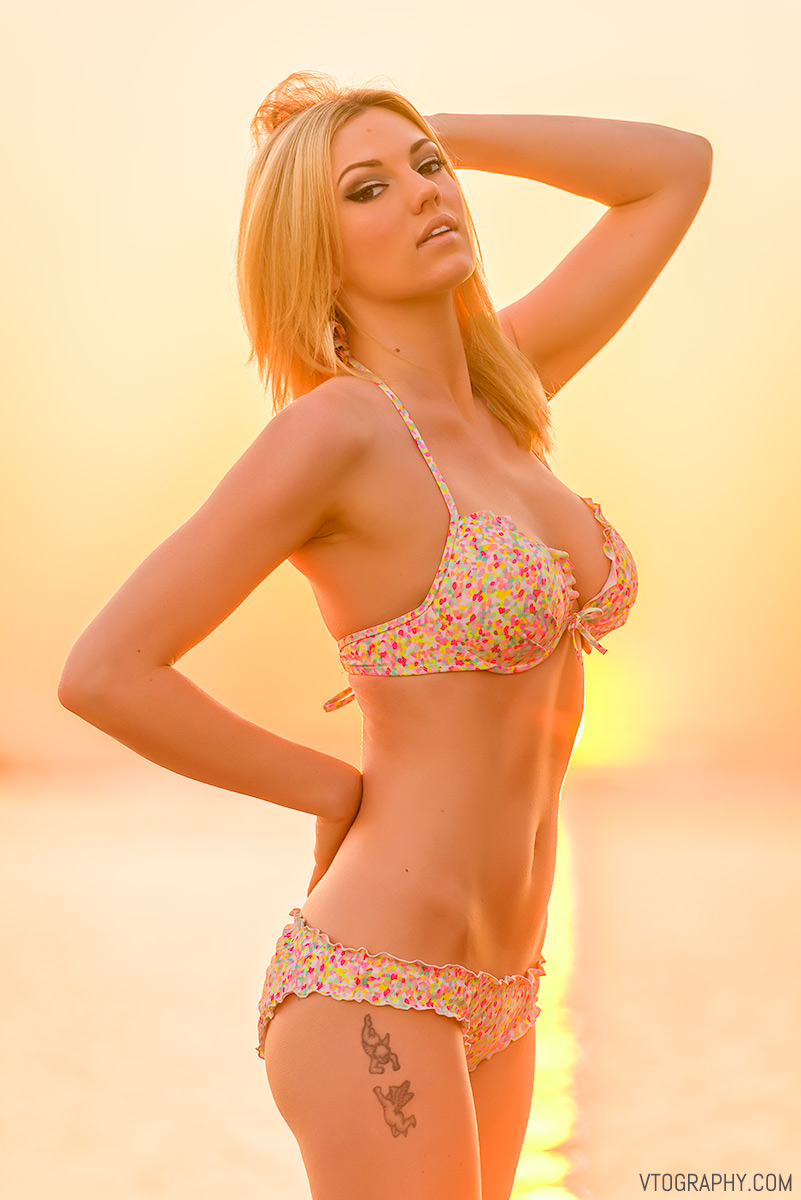 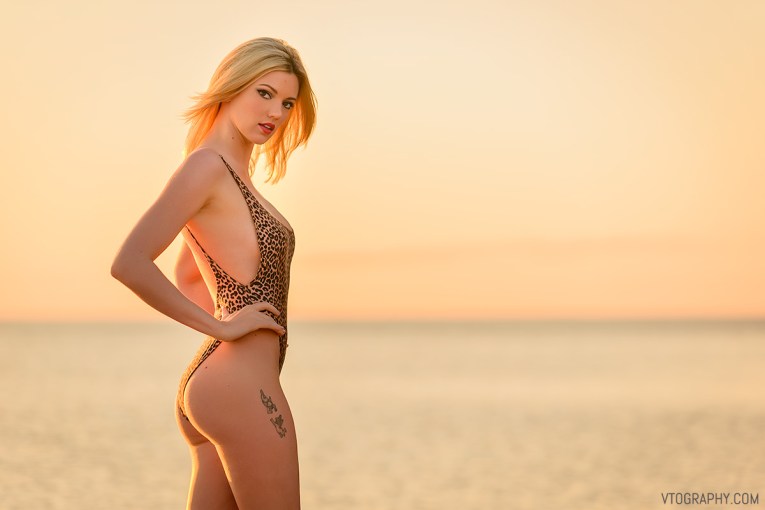 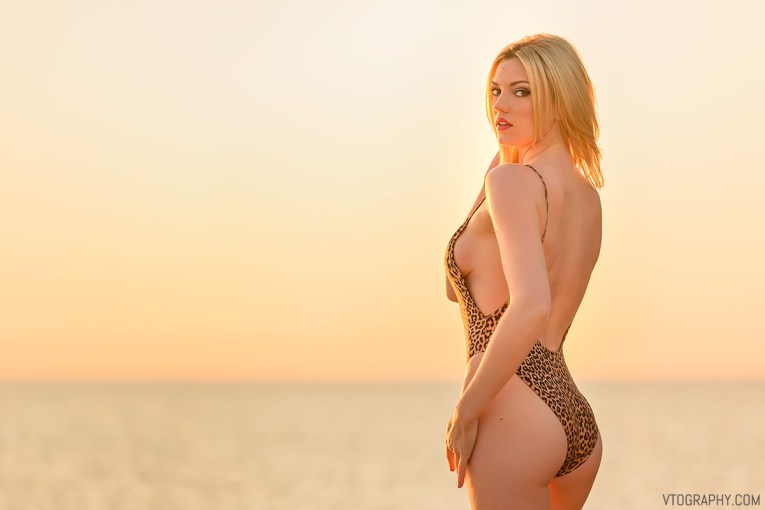 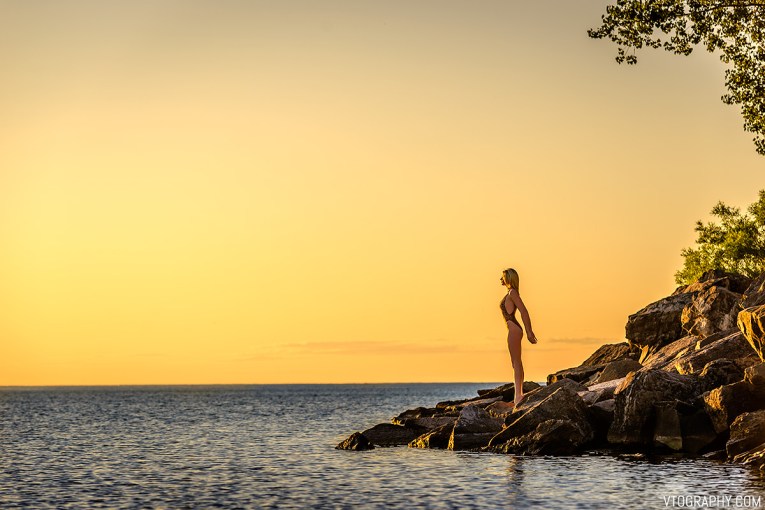 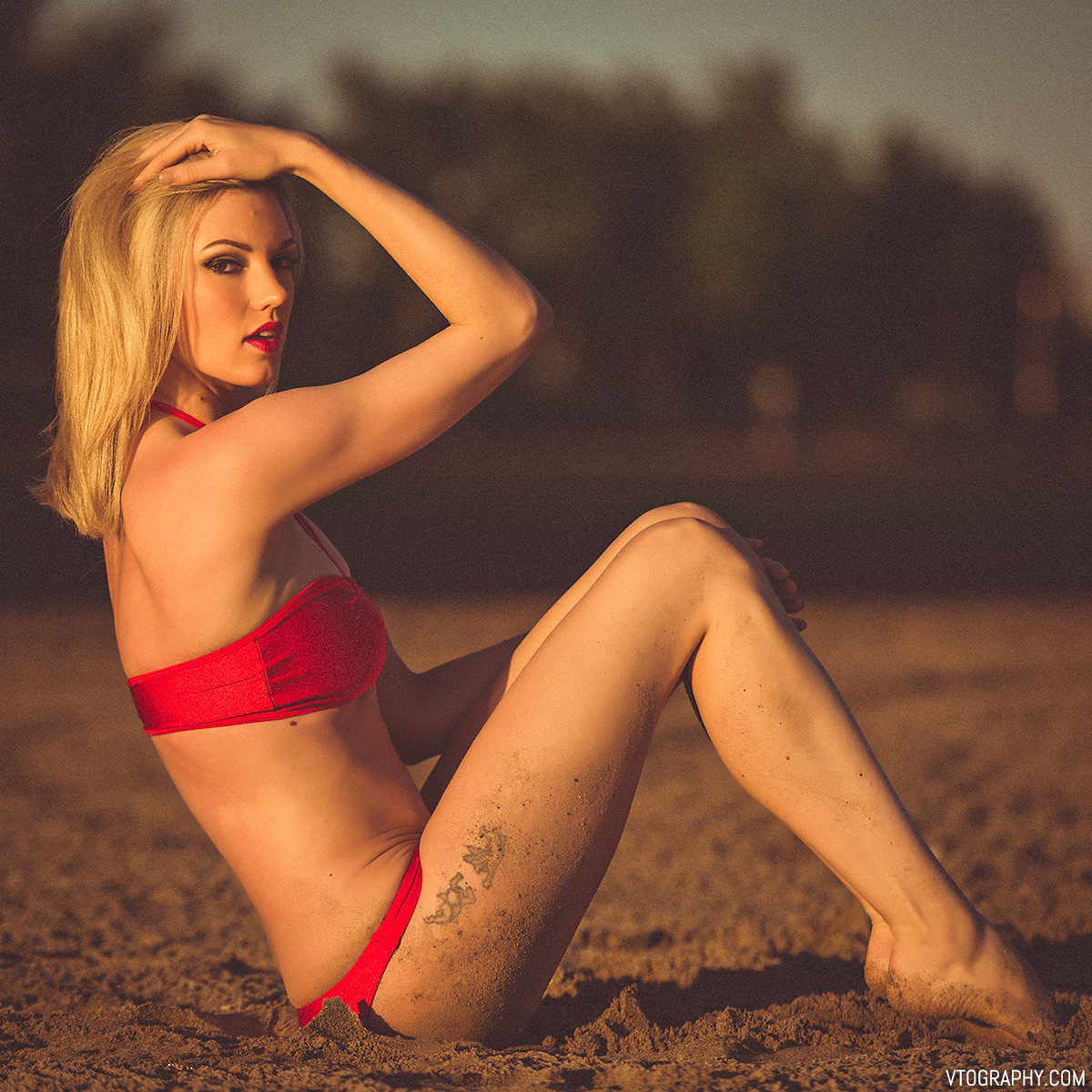 For the purposes of this post, we’re going to focus on the first four images above, which were backlit by the early morning sunrise and shot without any light modifiers. (The last image was front-lit by direct sun and the technique described here doesn’t apply in that situation.) The images above are colourful, well exposed, evenly lit, and they retain shadow detail without blowing any highlights. But here’s what they looked like straight out of the camera, before post processing:

Yuck. Rest assured though that these exposures were not mistakes. The yuck factor was very much intentional, as a means to an end — the key here is purposely underexposing the image so that it can be modified in post production in a specific way. (I know there are detractors out there of the “we’ll fix it in post” mantra, but bear with me.) So the first thing you should know is that modern large-sensor cameras (DSLRs and some mirrorless) are generally very, very good at retaining shadow detail and being able to recover it in post processing. This is the key ingredient, since what I’m doing above is intentionally underexposing the images so that the highlights don’t get blown out, all while knowing I can brighten up the dark areas without any loss of quality. Without wading too deep into the Nikon vs Canon debate, Nikon DSLRs are generally better at shadow detail recovery than Canon. Check out this comparison from DPReview where a Nikon D750 can withstand 4-6 stops of underexposure way better than a comparable Canon model.

In the first photo of Alison, she’s underexposed maybe two stops or so, and there’s plenty of colour and highlight detail retained in the background. Had I exposed her properly, much of that detail would have disappeared and would have been unrecoverable in post. In the second and third images, Alison is only about one stop underexposed, and you can see the sky in the upper middle of the image already on the edge of turning white. One stop brighter and it would be gone.

Though sunrise and sunset scenes are often cited as ideal times to shoot due to their softer light, the sun is still ridiculously bright when you’re shooting straight into it with a subject positioned between yourself and the light. That means all the light is falling on the side of the subject you aren’t seeing, and the part of the subject pointing at the camera has little to no light falling on it. The typical way to overcome this is to supplement the sunlight with artificial light, pointed at the subject to illuminate the areas facing the camera. I’ve done this many times before but I don’t like it for a few reasons:

So the alternative to lugging around all that extra equipment is to travel light, shoot underexposed, and “fix it in post”. This isn’t everyone’s cup of tea, but it’s worked for me lately so I’m going to keep doing it until it doesn’t. So how do we get from dull and dark to bright and colourful? The first step is Adobe Lightroom, where I do 90% of my post processing. (The other 10% is skin retouching and liquifying in Photoshop CC.) Here are the settings I used for correcting underexposed images using Lightroom (first gallery image of Alison):

That’s pretty much all there is to it! This technique for correcting underexposed images using Lightroom also works extremely well with landscape images when you don’t want to screw around with graduated filters to compensate for different areas of brightness in the image. For landscapes, I set the Highlights to -100 and the Shadows to +100 as a starting point to retain all the detail, then adjust the Whites and Blacks sliders as necessary to find the ideal contrast.

Do you think you’ll try this technique with your own photos in the future? Would a YouTube version of this tutorial be helpful to fill in some of the blanks? Hit up the comments below with your thoughts.