The Sports Illustrated cover for the 2016 Swimsuit Edition was unveiled this week and was immediately lauded by most for choosing plus-sized model Ashley Graham to grace one of the three Sports Illustrated cover variations. This follows Graham’s appearance in a prominent ad in the 2015 edition of the magazine. The praise has come from far and wide, with progressive and more accepting attitudes of overweight and obese lifestyles cited as the reason an “alternative” body type made it to the Sports Illustrated cover. Body positive activists rejoiced that years of saturating the media with their message has paid off in some small way. But “body positive” pop culture, media, and advertising tends to be disingenuous. 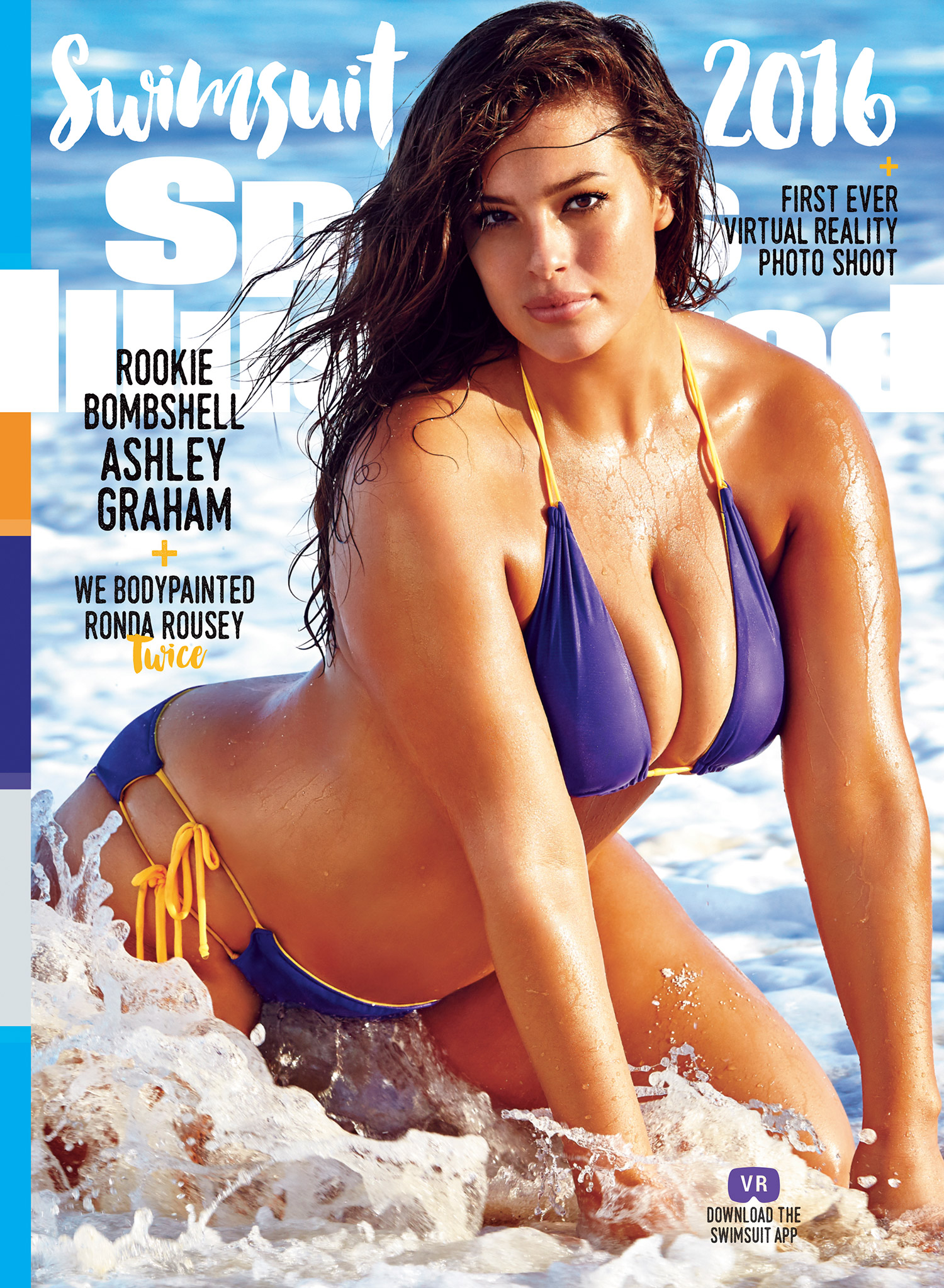 First, it should be noted that cover girl Ashley Graham is a poor representative for the body positive movement. Her 200-pound, size 16 body (or 166-pound, size 12 body, or 170-pound, size 14 body, depending on which media outlet you believe) is attached to a frame that measures 5’9” in height — long noted as the ideal height for serious models. Top agencies like Ford, IMG, Elite, and NEXT still aren’t going to hire a 4’11” woman, whether she’s a size 0 or size 16. Let’s also not forget that Ashley Graham is proportional, and has breasts relative to her size — large. Again, depending on which media outlet you believe — and why there are so many variations in these reported “facts” is worthy of a whole other blog post — Ashley Graham is anywhere from a 38D up to a G or H cup. It would have been nearly impossible for her to make the cover if she was a small-chested plus-sized model. (And yes, being plus-sized and small-breasted is a real issue many women struggle with.) Despite her “large” size, she’s still conventionally beautiful according to Western tastes and preferences. She’s white, after all, and from Nebraska — a state where they make white people, in a country dominated by white people. Though “old” for a model at 28, she’s still young looking.

It’s been noted in media coverage this week that Ashley Graham’s weight closely resembles that of the average American woman. A woman who is part of an overall American population of increasingly obese and unhealthy people (35% of American adults are obese). Maybe we shouldn’t all be trying to look like models or Barbie dolls, or have epic pool parties we see in beer commercials, or frolic through a meadow as so many prescription drug ads seem to offer up as a possibility. But who wants to be average anyway? In this instance, what are we saying to “average” American women about their chances of being a Sports Illustrated cover model? It’s no secret that the whole purpose of the advertising and marketing of consumer goods and services is to create desire. Advertising attempts to invoke aspirational and inspirational feelings, so much so that you want to spend money so you can live the experience of what’s being sold. With this in mind, aren’t we saying to the average woman that they, too, could one day make it to a magazine cover? Isn’t that unrealistic? As noted above, Ashley Graham was gifted with other model-friendly attributes that many women just don’t have, which means using her as the poster child is quite unfair. So the very thing that the body acceptance movement has railed against is still a problem: unattainable, unrealistic depictions of people used to sell you something.

Let’s generalize for a moment and say that Sports Illustrated cover model Ashley Graham fits into a category called plus-sized, white, American women. What if you’re not any of those things? What are you supposed to think about this Sports Illustrated cover? What if you’re transgender, or a little person? What are the odds you’ll ever be on the cover? What if you’re a bald woman, by choice or necessity? What if you’ve suffered from horrific diseases or injuries that have left you disfigured? Heck, has a Sports Illustrated cover ever featured a model with a hair colour that wasn’t blonde, brunette, or red? I know more than a few heavily tattooed, pierced, rainbow-haired women who would love a cover of their very own. For all the body positive activists who advocate acceptance of naturally occurring traits like being “big-boned” (surely an outdated term, but one The Daily Beast used this week) or having imperfect skin with stretch marks, there is no equivalent movement loudly advocating the alternatives. For instance, slightly larger than average skeletons (“big-boned”) are actually a real thing, but they only impact 15% of the population. Likewise, smaller than average skeletons are also a real thing that impact another 15% of the population. Yet the term “small-boned” is not common parlance, and people who advocate for models to be smaller or thinner keep their voices very quiet due to the guaranteed backlash that would result. When was the last time we saw the media advocate the “pro-ana” position, of supporting and encouraging the acceptance and proliferation of anorexia? I think we can safely say that will never ever happen.

Here’s the second important point: the goal is always to sell you something, as noted above. Desire, aspiration, inspiration, longing, and lusting all translates into dollars. So while you can go ahead and applaud Sports Illustrated and congratulate Ashley Graham, don’t be fooled for one minute into thinking that the tide has turned, that attitudes have permanently changed, or that you’ll see more realistic depictions of people in advertising and the media. Showcasing a plus-sized model is not done out of the goodness of their hearts. Their goals are not selfless; there is no target to achieve a greater good or impact social change when you’re trying to sell magazines. Sports Illustrated wants to sell you magazines, so they can sell ad pages to the highest bidder. Today, it’s plus-sized models that help them sell the magazine. What will it be tomorrow? What happens when plus-sized falls out of favour (the modelling industry is notoriously fickle, after all) and another trend usurps it?

Even though increasing sales is the goal, it seems like every time a brand uses a plus-sized model, or eschews retouching, or goes against other industry-standard beauty ideals, parades are thrown in their honour. One example of this was in 2014, when Aerie (American Eagle’s lingerie brand) made a big announcement that they were forgoing Photoshop retouching for their #AerieReal ad campaign. The media gave them tons of attention. Aerie was celebrated. The promise was that you’d see these girls au naturel… except, you know, they still used professional hair and makeup. And professional lighting. And professional photography. And the fact they still only hired tall, skinny, young, proportioned, tattoo-free, impossibly good looking people. But absolutely no Photoshop! Yay…? 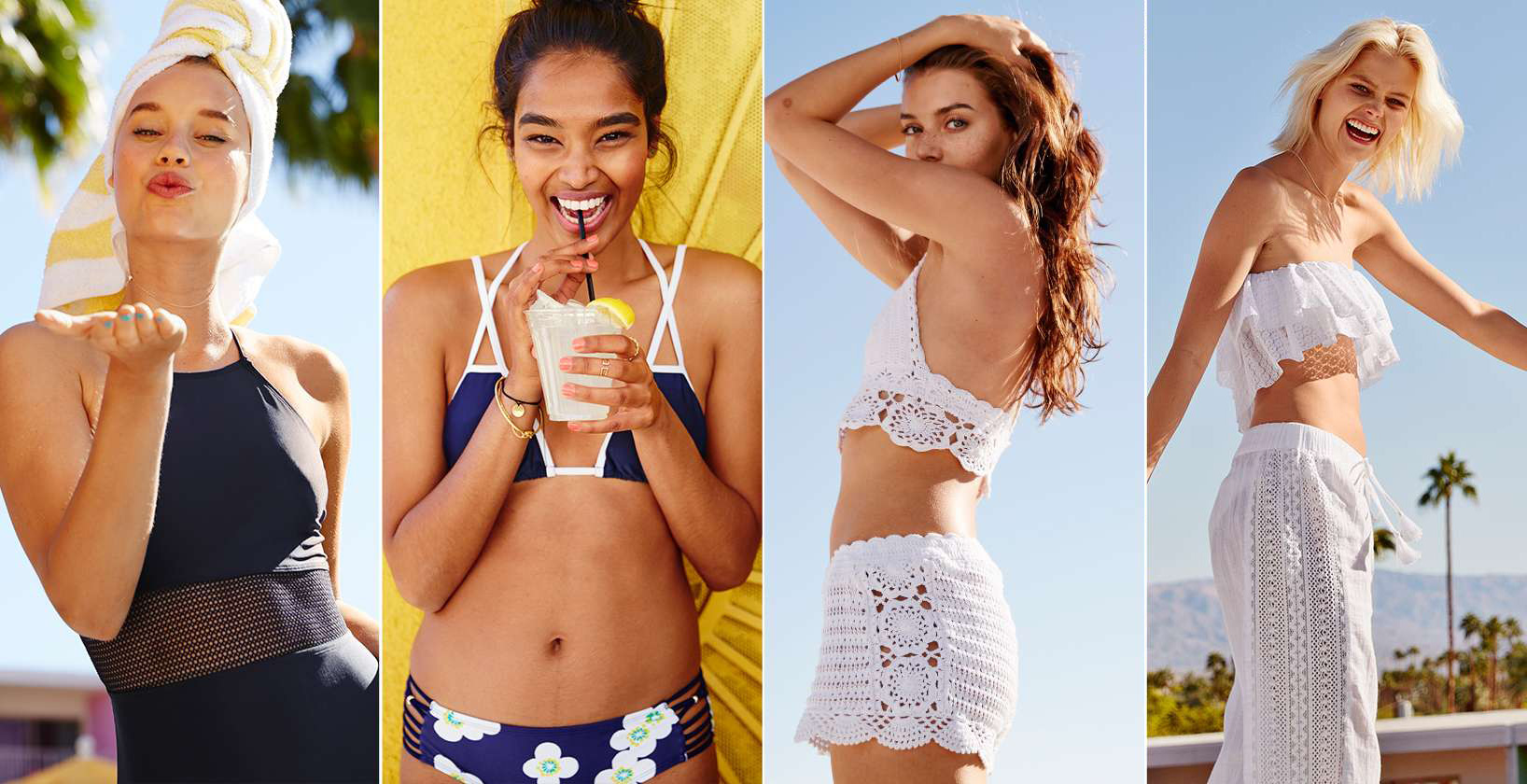 Of course, Aerie’s disingenuous ploy fooled their target audience and the tactic worked — Aerie reported sales increases after the campaign launched. What did they do to celebrate this success? Why, last summer they hired actress Emma Roberts to be part of their “no Photoshop” campaign. Yes, that Emma Roberts. Skinny, white, blonde, size zero Emma Roberts. And the media ate it right up again. Sigh. At least The Lingerie Addict saw through the bullshit and called out Aerie not once, but twice. 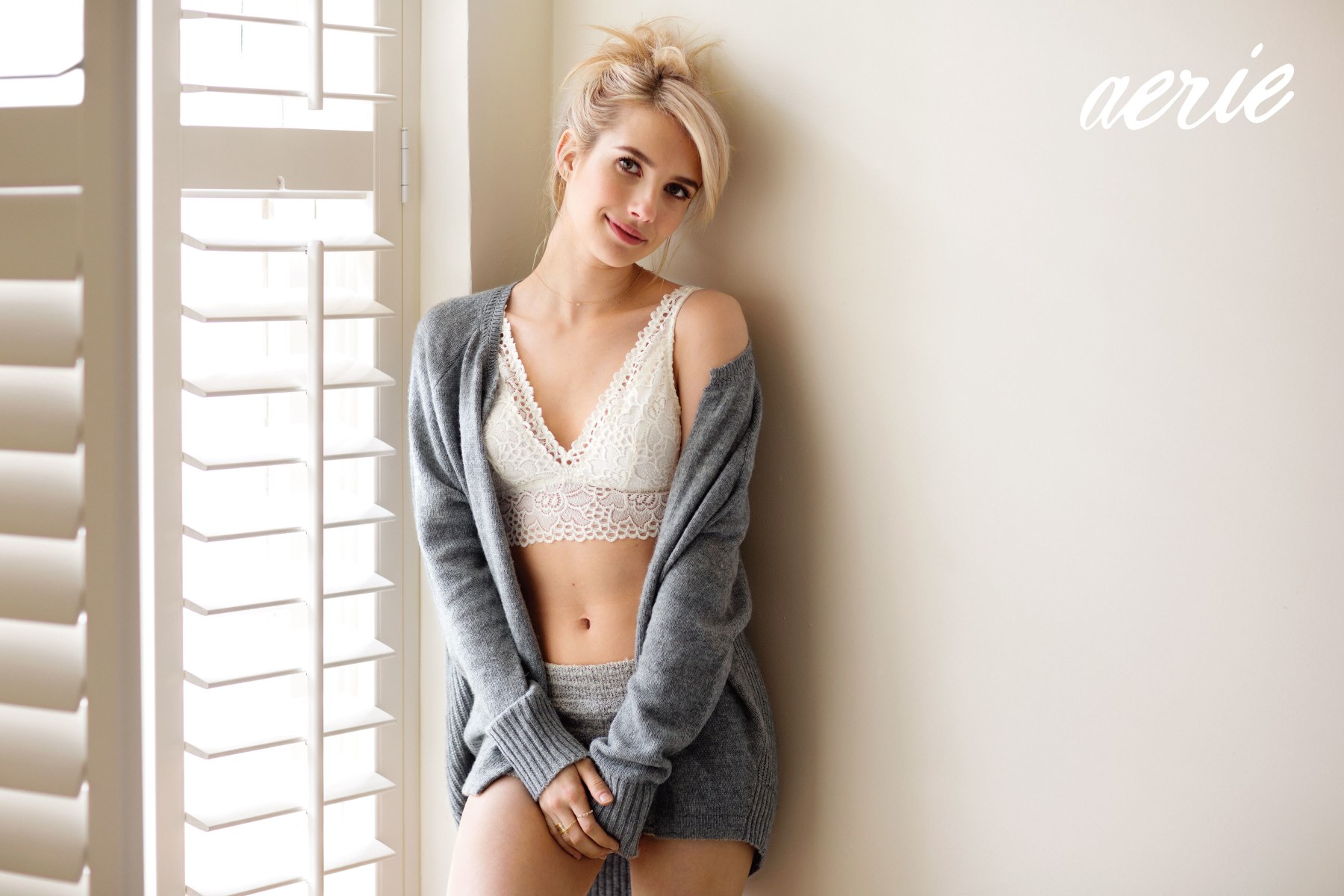 Much of the reason these companies receive the praise they do is because of the increasingly popular notion that our media and advertising should somehow be a mirror image of the country’s demographics. There are those who, in an ideal world, would have every face we see in popular media identically match the results from the latest census. They posit that if an advertisement, magazine cover, or children’s doll leaves out any class, race, or other named group, then that business is insensitive, bigoted, short-sighted, and worthy of boycotting. However, these businesses are under no obligation — legal, ethical, or otherwise — to provide that mirror reflection. They do so only to momentarily satisfy you long enough that you’ll buy what they’re selling.

I began by describing these practices as disingenuous, but a quick trip to the dictionary leaves me wondering if I used the correct word:

disingenuous: not candid or sincere, typically by pretending that one knows less about something than one really does.

And hey, food for thought… when was the last time a plus-sized male model was seen anywhere in popular culture?