Believe it or not, Toronto has some beautiful beaches. Most people who live outside the Greater Toronto Area don’t know this for some reason, but it becomes obvious when you look at a map — Toronto is situated on Lake Ontario, one of the five Great Lakes. Even more surprising to people is that eight of the Toronto beaches have been awarded the coveted Blue Flag designation, signifying top-notch water quality and excelling at other services. While it’s true we don’t have the soft white sand found on Caribbean beaches and we lack palm trees, I will say with some bias that our beaches are still awesome.

I’ve traveled all over Canada and even our ocean-bordering cities can lack when it comes to beaches. Halifax, for instance, lacks a beach of any significance near the downtown area. There are a few patches of sand here and there, but to find a “real” beach you’ve got to travel a solid 30 minutes or more out of the city. Carters Beach is one of the nicest beaches in Canada, but it’s located about two hours outside the city by car. Once you’re there, you’ll find that spectacular white sand typically reserved for more southernly locations… and not much else. There are no washrooms, no concession stands, and not even a parking lot. You just kinda leave your car by the side of the road and hope it’s still there when you come back. It’s an insanely beautiful place, though, and well worth a visit.

Toronto, by contrast, has two urban beach parks right in the downtown core (complete with chairs and umbrellas), four more on the Toronto Islands across from downtown, and another half dozen scattered to the east and west, easily accessible by a short trip via car or public transit. No matter where you live in the city, beach life isn’t far away.

Fun fact: The Toronto Islands were originally a 9km peninsula extending from the mainland. The islands are composed of deposits from the erosion of the Scarborough Bluffs. Violent storms in 1852 and 1858 flooded the sand pits on the peninsula, creating a channel east of the islands that permanently separated them from the mainland. Source: Wikipedia.

Lake Ontario has long had an undeserved reputation for being a dirty, smelly, cesspool, but nothing could be further from the truth. It’s clean — very clean. Daily water testing by the city ensures the safety of the water for everyone.

The photos below were shot at the Toronto Islands, which is one of my favourite places to shoot. If you know when and where to go, you can often have the entire beach mostly to yourself. On weekdays especially, the ferry ride to the island can discourage people from visiting since it’s a bit of a chore. Weekends are a different story, and lineups of an hour just to board the ferry are not unheard of.

This was Cortana Blue’s first time doing a beach photo shoot and she passed with flying colours. We mixed together mismatched tops and bottoms to create some cohesive outfits and then shot some pictures as the sun set on a warm August evening. Roughly the first half of the photos in the gallery below were shot with the Nikon 70-200mm lens, with the latter half being shot with the Nikon 50mm lens. As usual, I intentionally underexposed the images at the time of capture with the intent of recovering the shadow detail in post production. You can read more about that technique in this blog post. 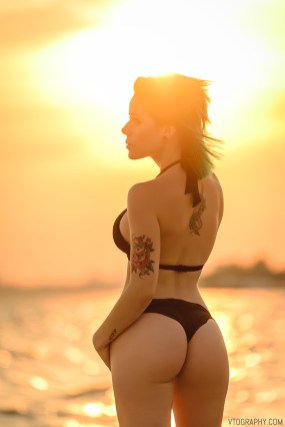 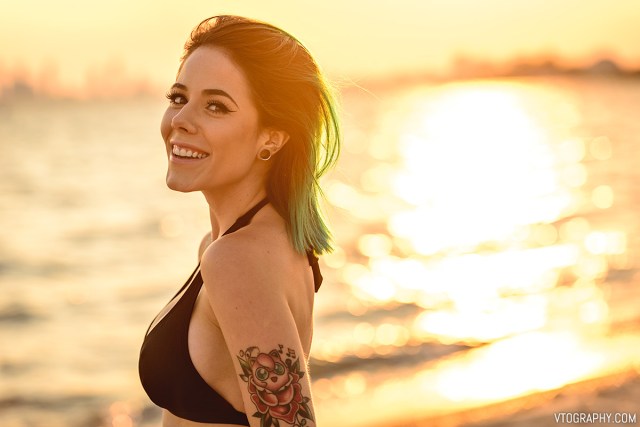 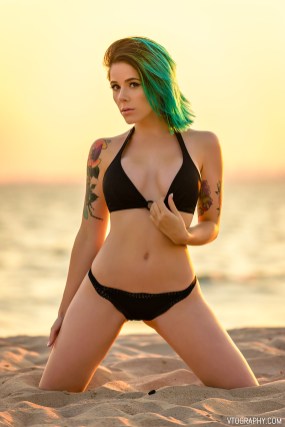 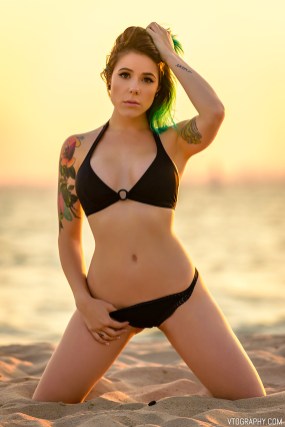 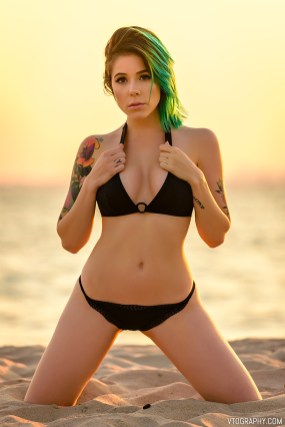 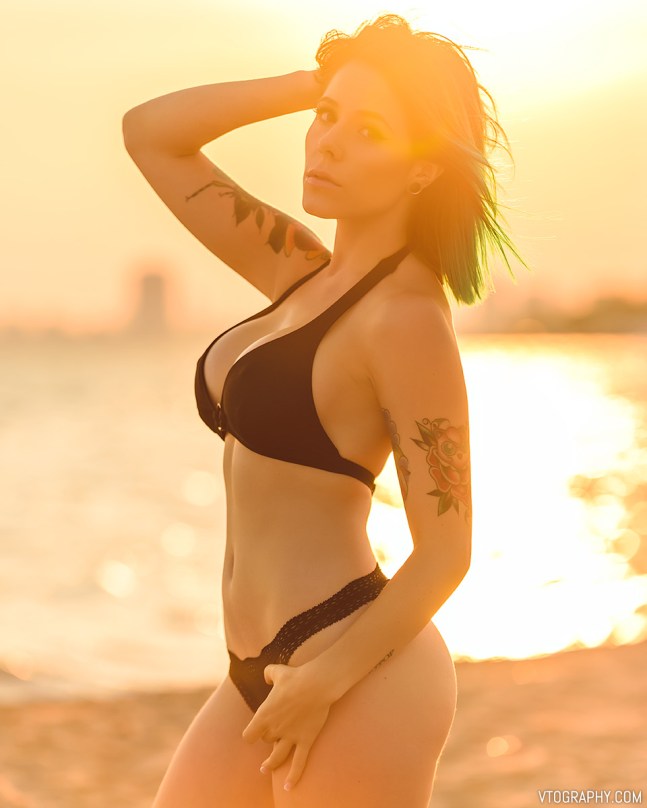 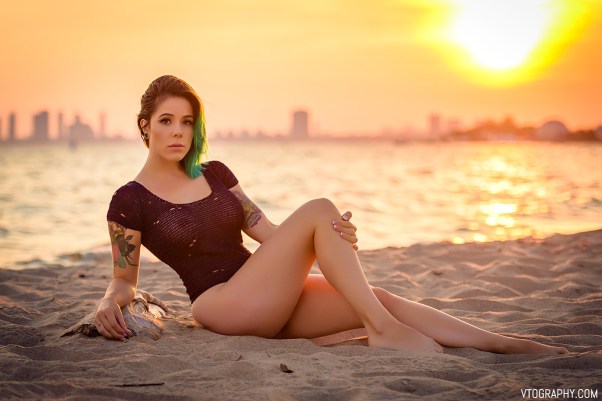 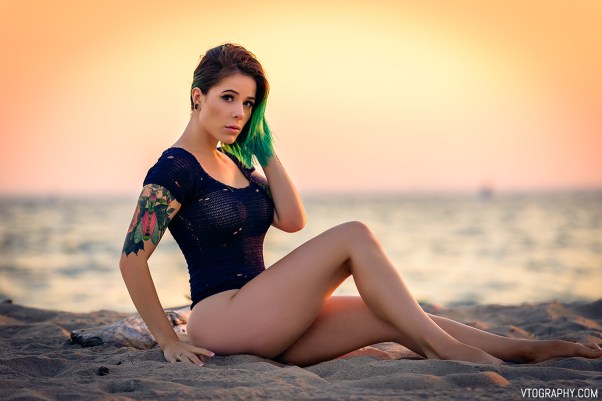 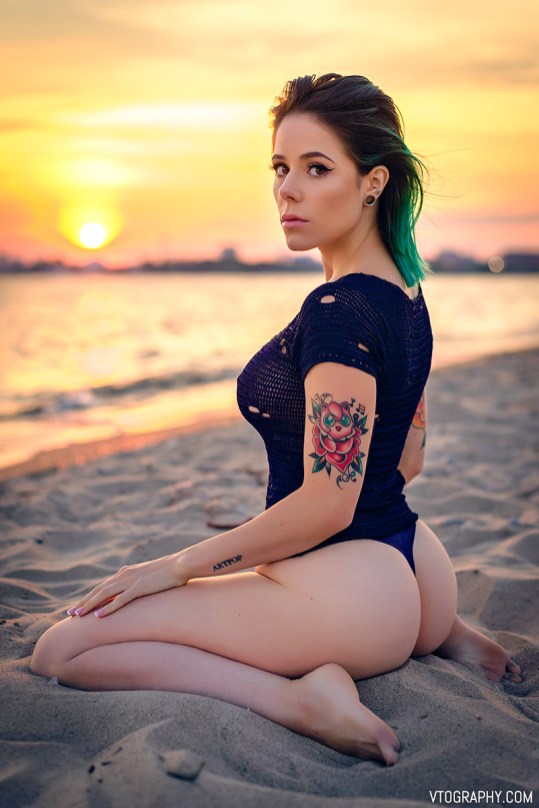 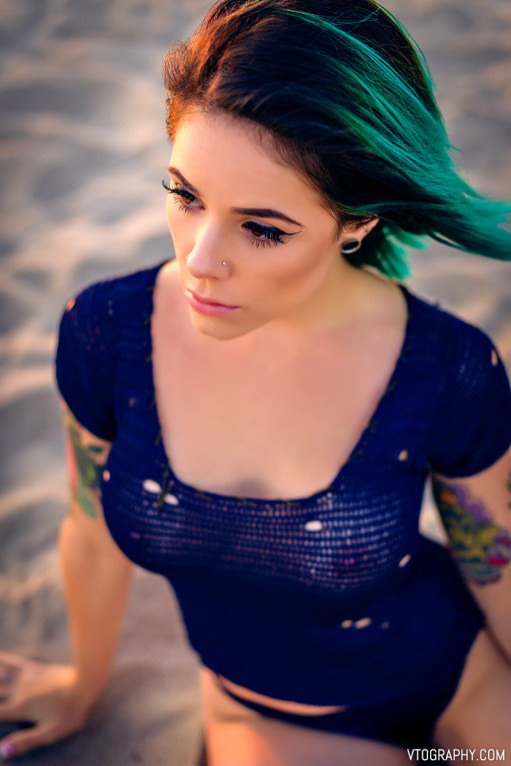 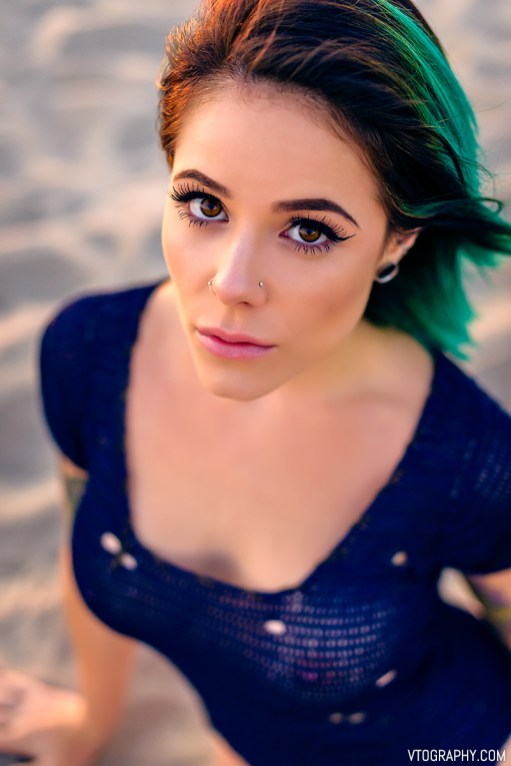 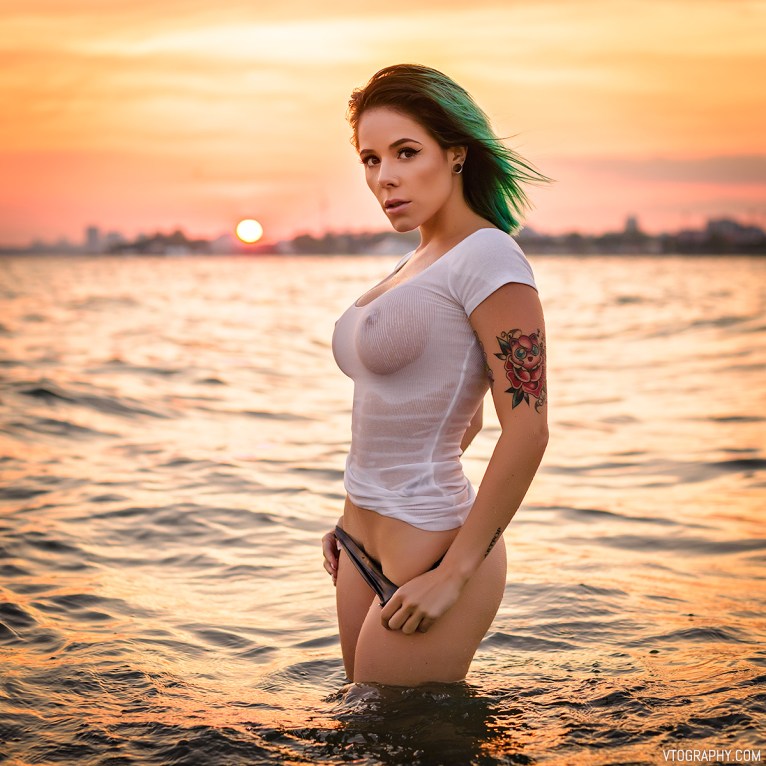 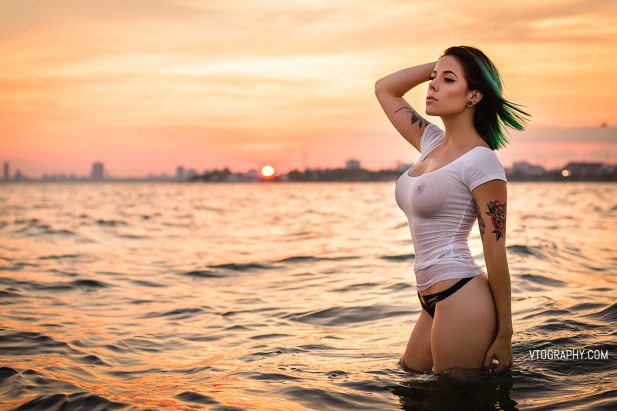 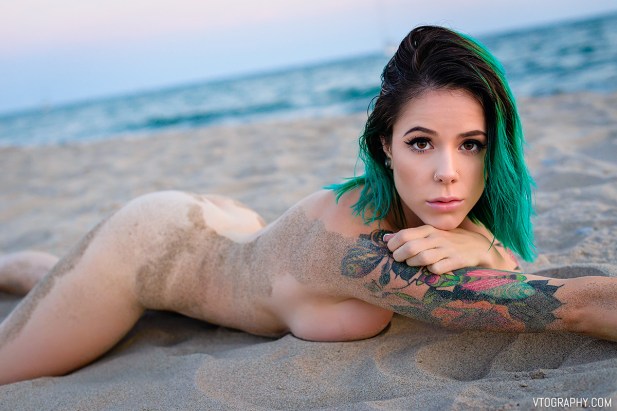 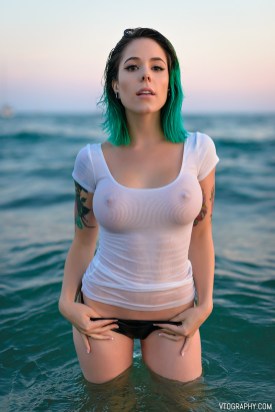 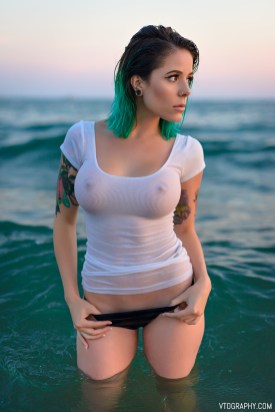