After three previously successful photo shoots with Natalie, she was itching to do a fourth.

Most of these pictures were shot with north-facing window light but an AlienBees B1600 monolight was used to brighten up a few pictures as well. Can you spot which ones used the AlienBees B1600?

My favourite use of this light was the shot below where Natalie is seated on the couch with the cool-toned window in the background, as she wears black lace stockings and a bodysuit. The light was positioned high and above to camera left, pointing down at Natalie with a grid on the light to tighten the beam and illuminate only her. Because it was early evening and after sunset, the colour temperature of the ambient light outside began to cool down. The daylight-balanced bulb in the AlienBees B1600 was a lot warmer by comparison, making the background go an even stronger shade of blue. This was the only photo from the set where I used the Nikon 70-200mm ƒ/2.8 lens instead of the Nikon 85mm ƒ/1.8. I stepped back and zoomed in to 125mm to isolate the foreground and background a little more than the 85mm lens would have. Lastly, I cropped the image to a 16×9 ratio to further highlight the horizontal orientation of the various elements. 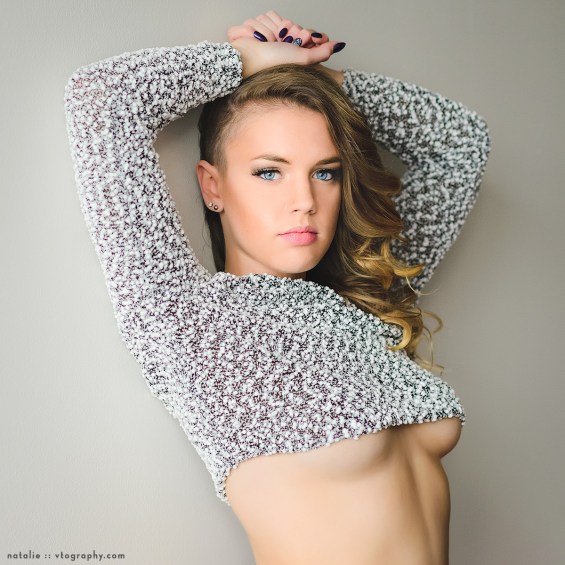 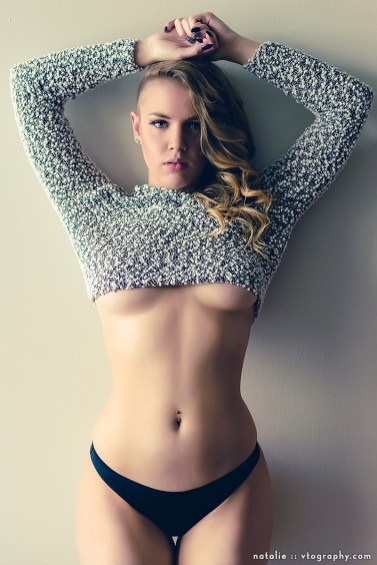 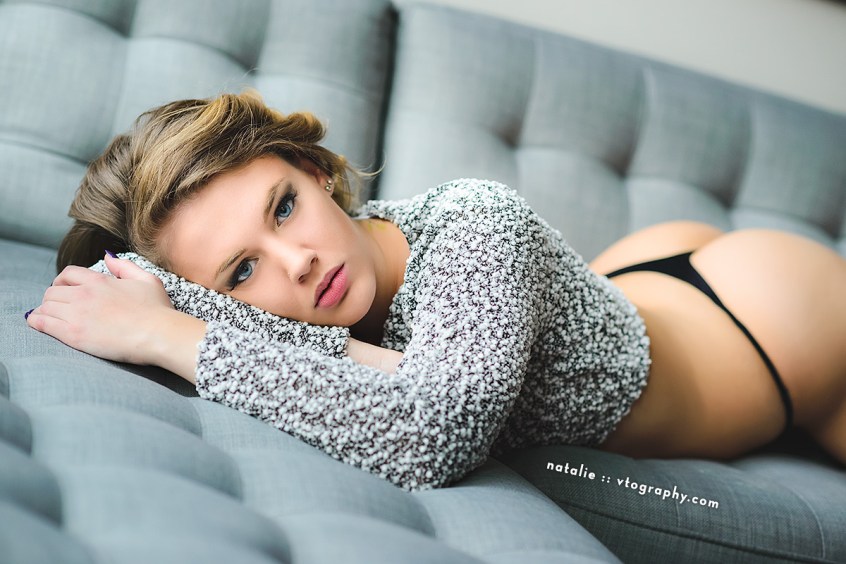 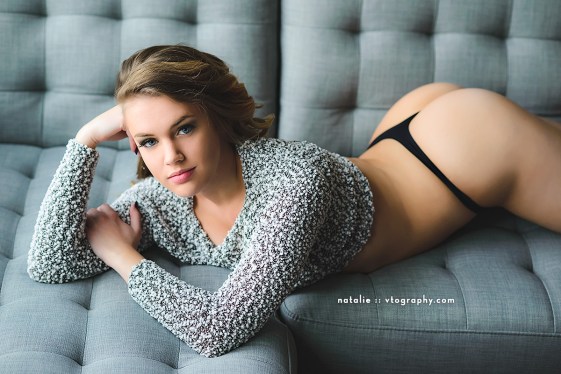 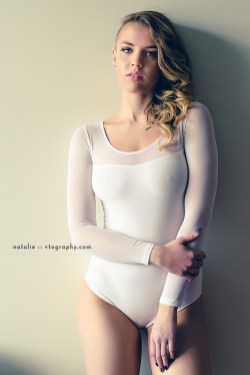 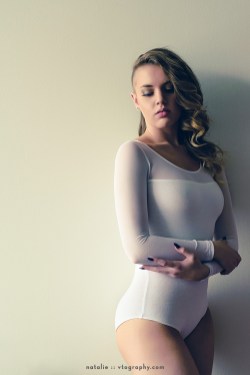 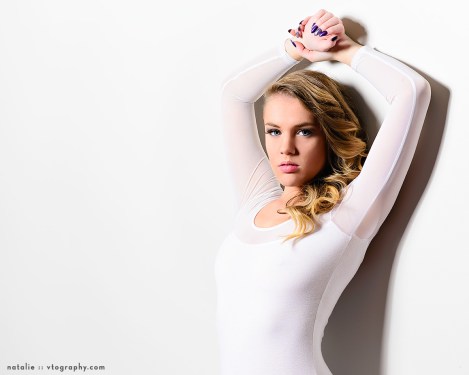 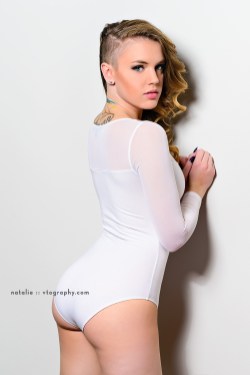 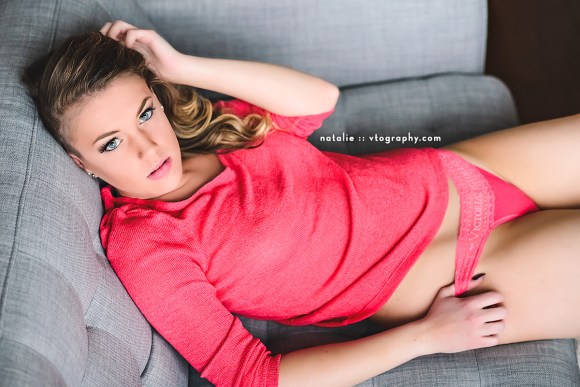 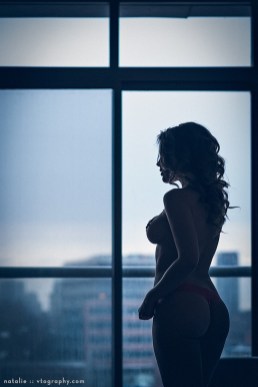 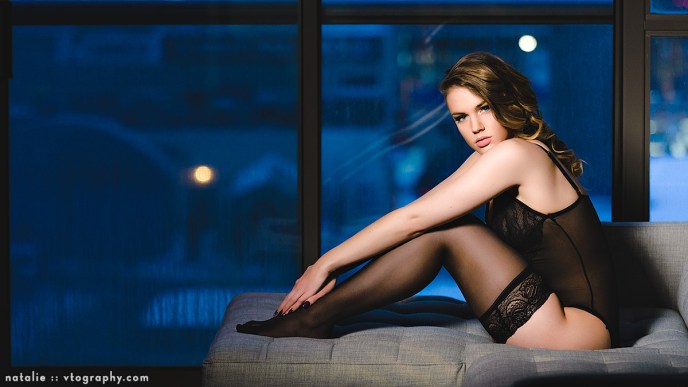 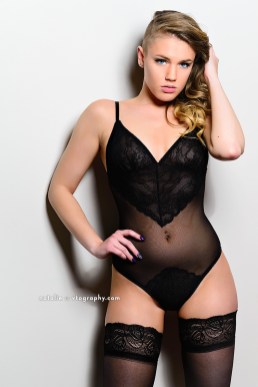