For the first time in over three years, Katie and I got together to make some pictures. I decided to photograph her using lighting three ways: natural light from a north-facing window, strobe light from an Alien Bees monolight, and constant LED light from a Neewer ring light. See the results from all three below. 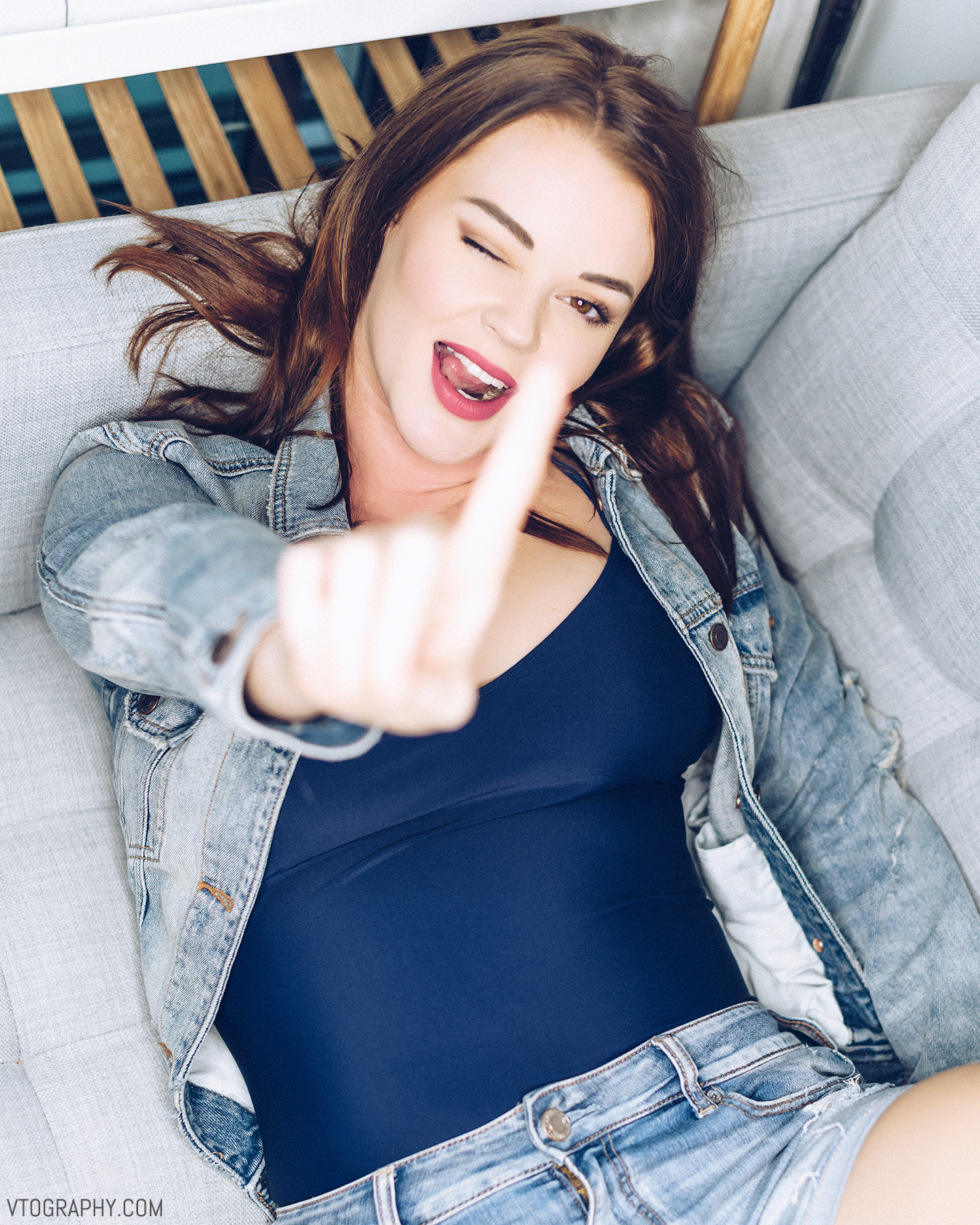 Katie has been hitting the gym hard lately and I admire her dedication to get more fit! To celebrate, we did a little photo shoot (our first together since 2014!) at my condo using lighting three ways.

Let’s work backward from the end of the shoot. It should be fairly obvious by the lack of shadows and the donut-shaped catchlight in Katie’s eyeball: the photo above was shot with the LED ring light. I primarily got the Neewer 18” 5500K Dimmable LED Ring Light to use for video, but I’ve found it handy in many instances where I don’t want to drag out my Alien Bees ABR800 Ringflash monolight. Even though the Neewer isn’t as compact nor as bright, it’s very light weight, it doesn’t get hot, it’s easy to use, easy to mount, and doesn’t need to sync with the camera. I used the included diffusion panels to soften the light a bit and so I didn’t burn out Katie’s retinas.

LED ring lights have become a staple of YouTubers — especially beauty bloggers — who often use ring lights costing many, many hundreds of dollars (like the Diva Super Nova) for their videos. Trust me when I say the Neewer is a viable, competent, and all-around great performing option for much, much less money. There’s even a bi-colour version that can change colour temperature, and a smaller 14” model is available too (with Bluetooth!) 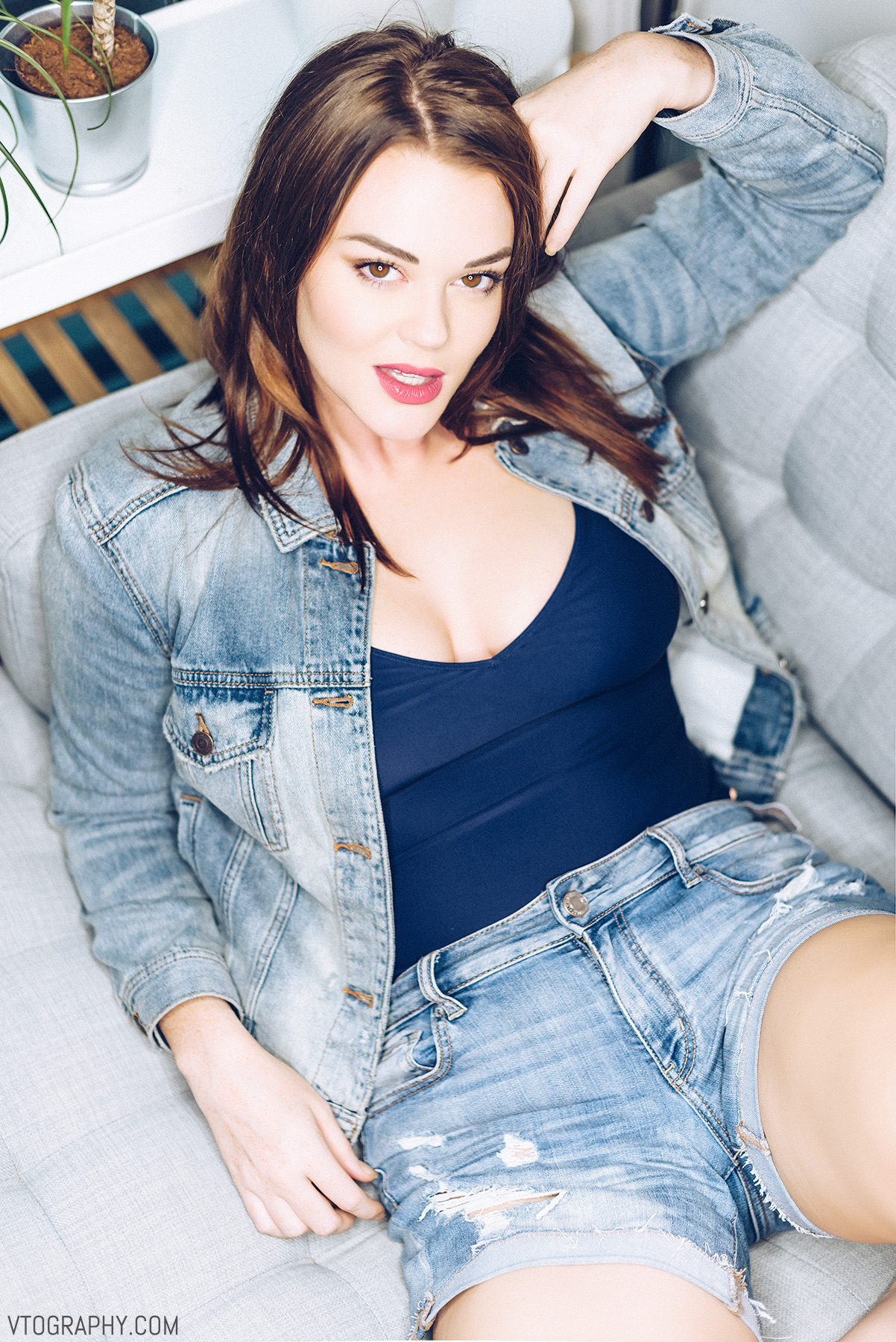 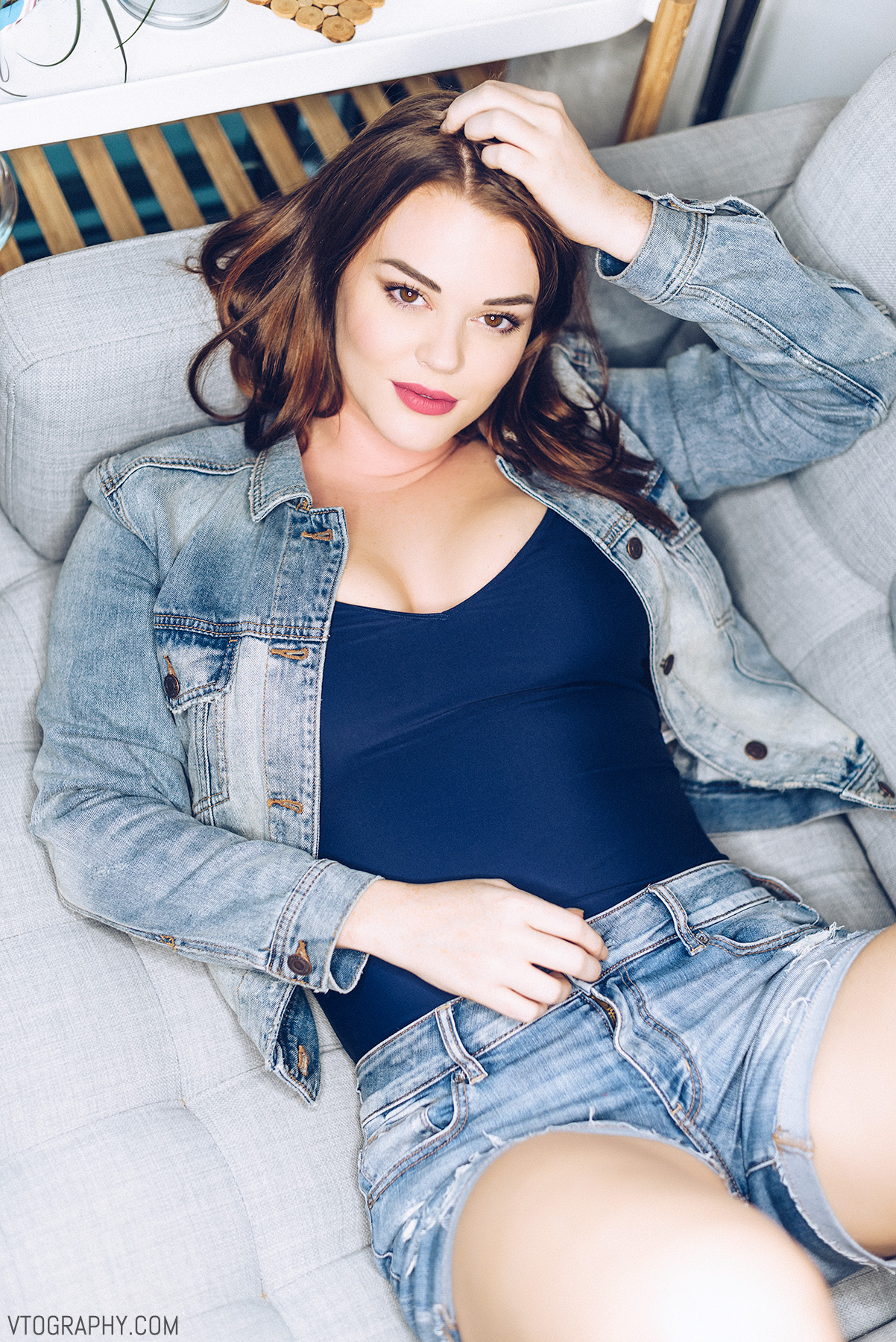 Earlier in our shoot, I used a Paul C. Buff Einstein strobe monolight on Katie as she stood against a white wall. Rocking the Canadian Tuxdeo (denim on denim) like nobody else can, Katie was lit with the Einstein and attached 22” Beauty Dish. The difference in light versus the ring light should be noticeable right away. There’s a distinct shadow on Katie’s left side (right side of the photo) and the catchlights in her eyes look different. Katie requested an overexposed look for these images, so I drove up the exposure a bit, but not so much that any of the highlights started to blow out. 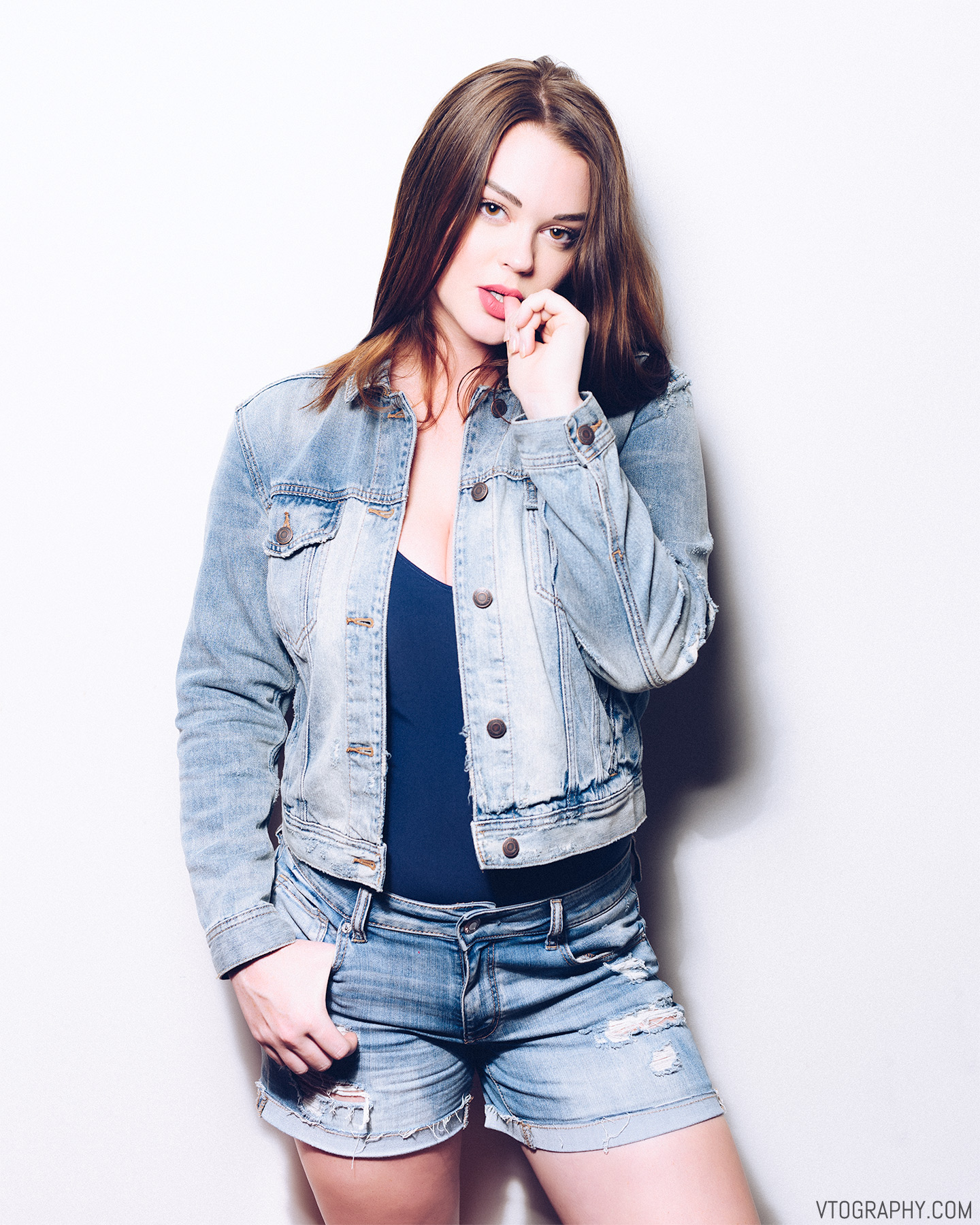 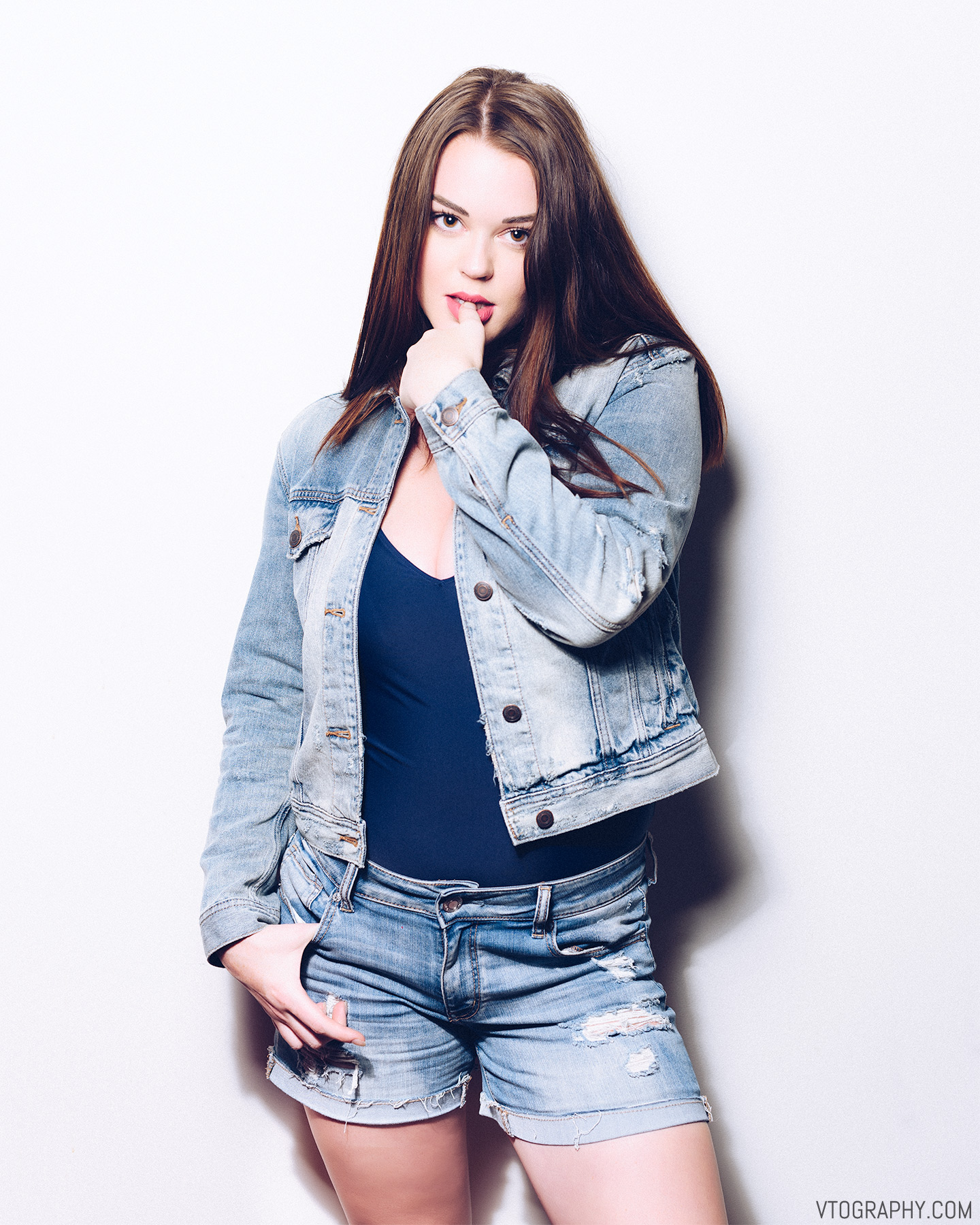 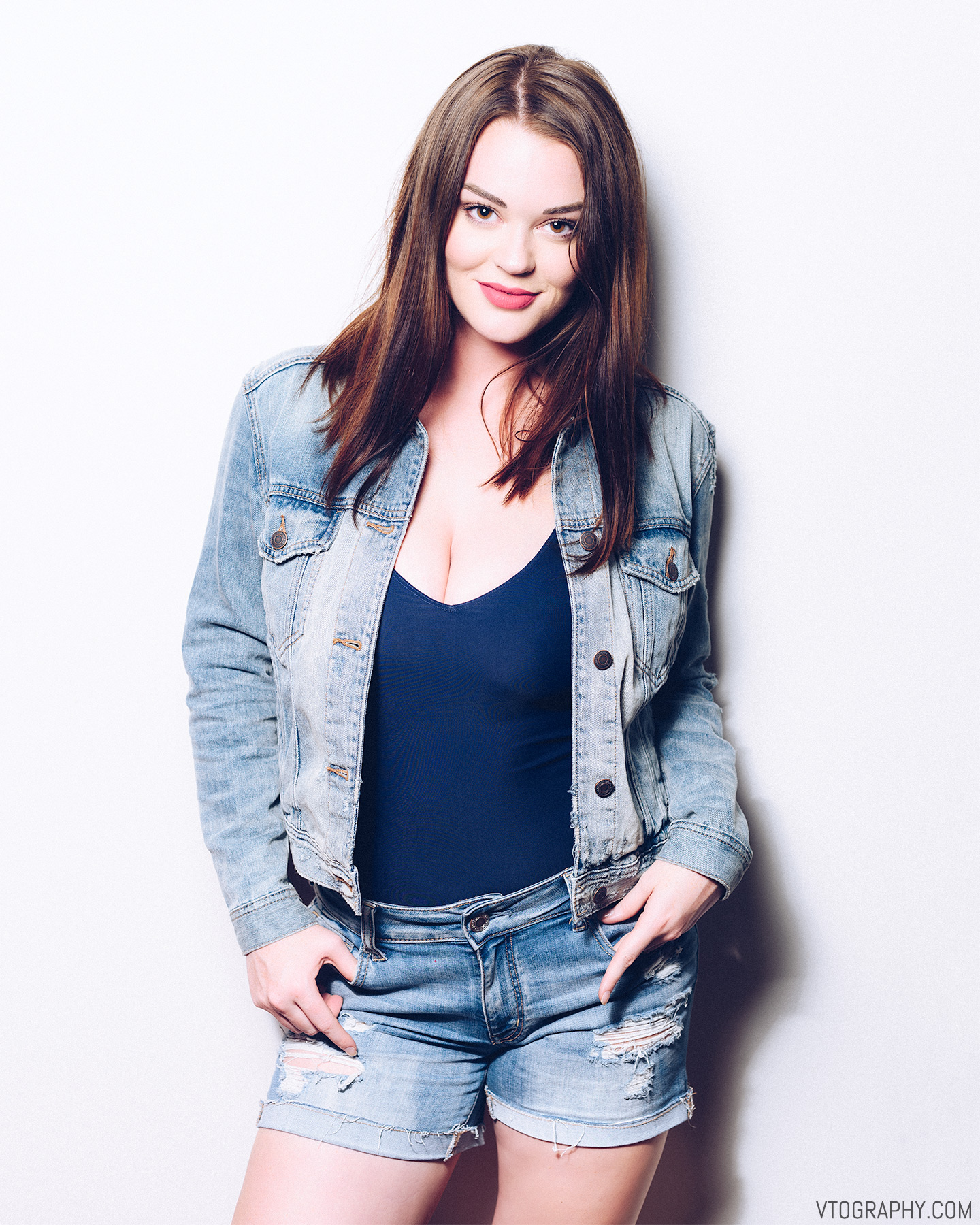 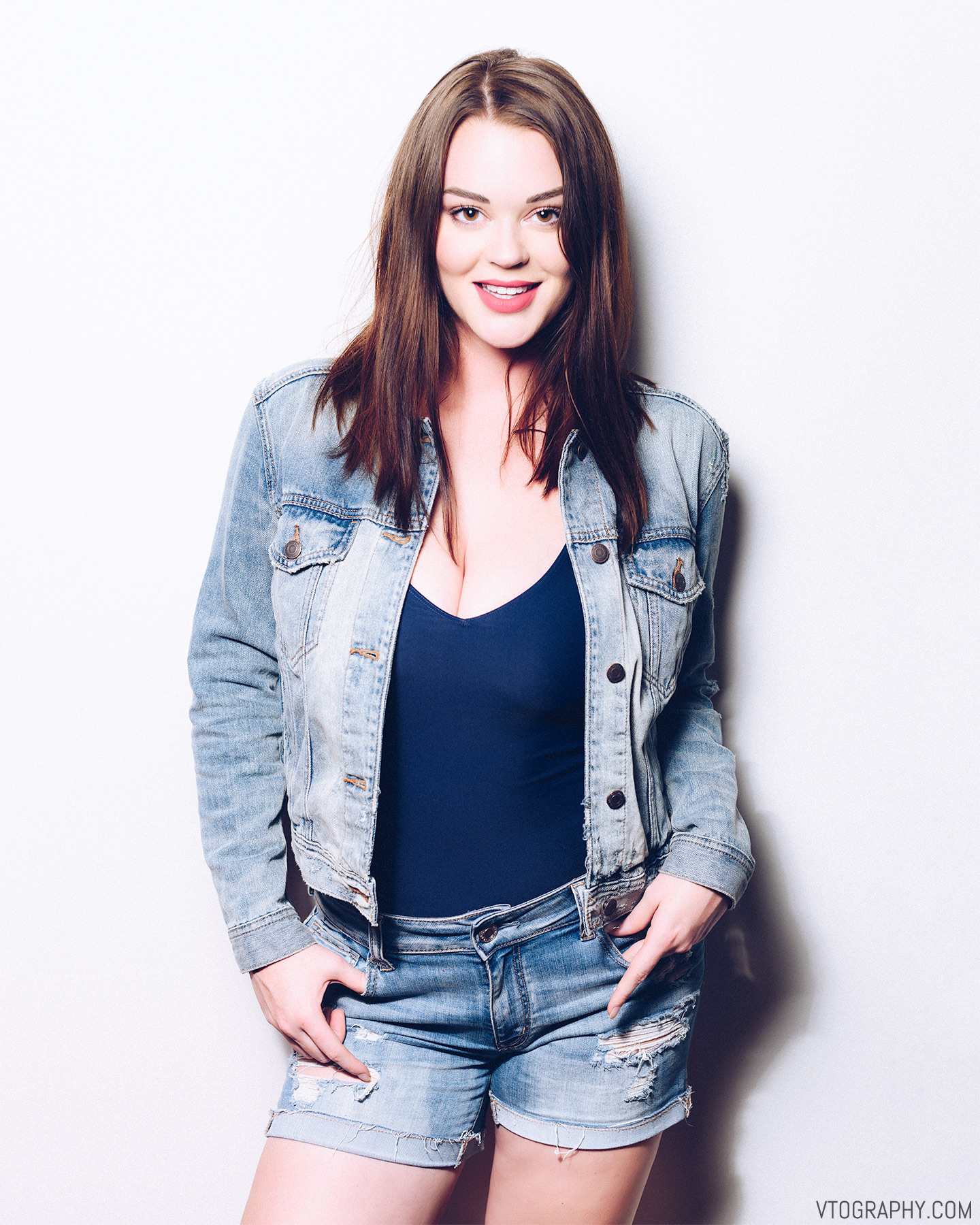 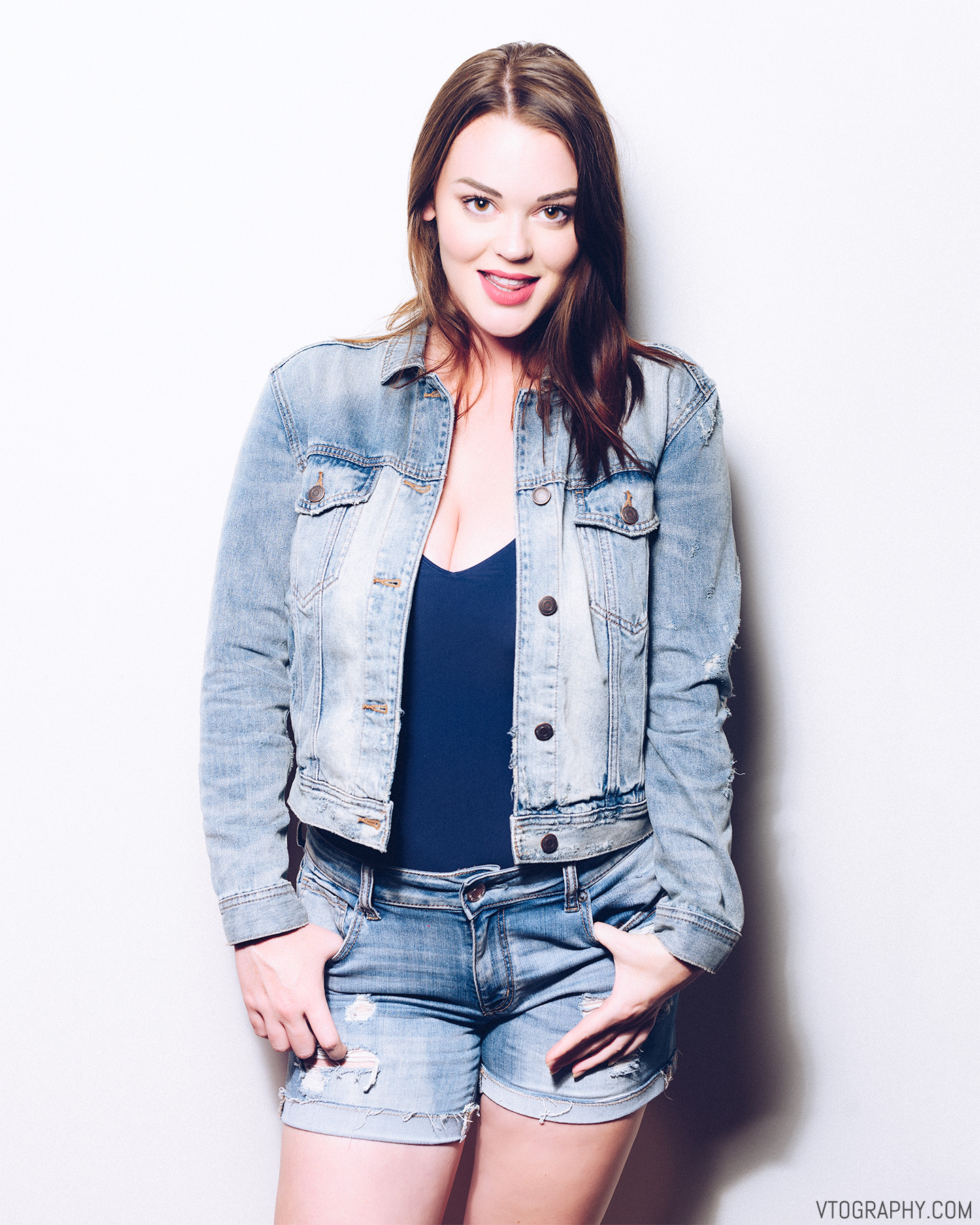 Rewinding all the way to the beginning of our shoot now, these images below were captured with only the light from a north-facing window, in the late afternoon. The dark floors, dark hoodie (from H&M!), and dim light give an overall subdued and moody tone to the photos, which I brought out further with post processing and retouching.

The natural light source was very, very large (10’ x 10’ windows) and very soft, essentially acting like a jumbo softbox. That gives the light a gentle roll off into the shadows, which every photographer loves. If this had been any earlier in the day, we wouldn’t have achieved this moody feel. 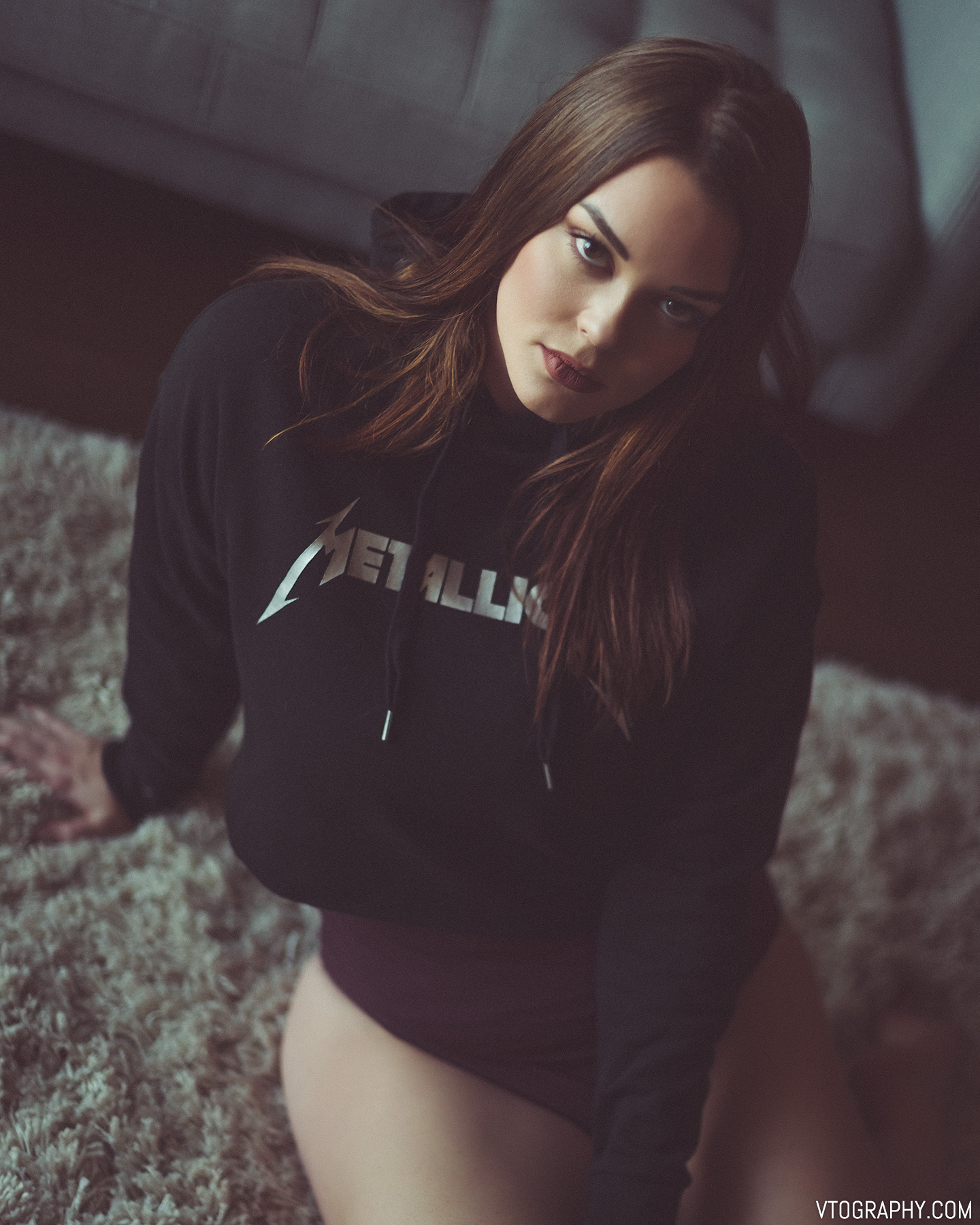 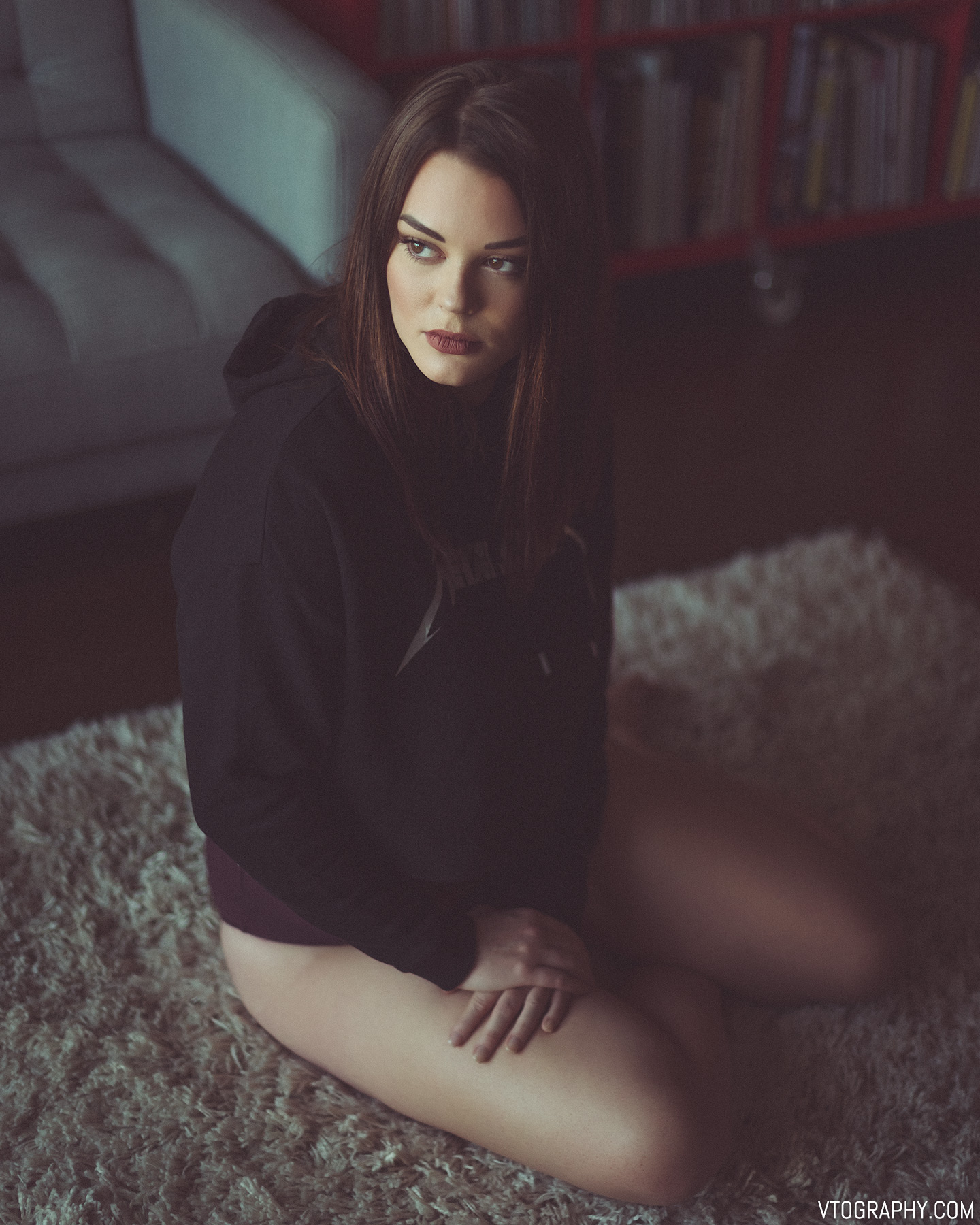 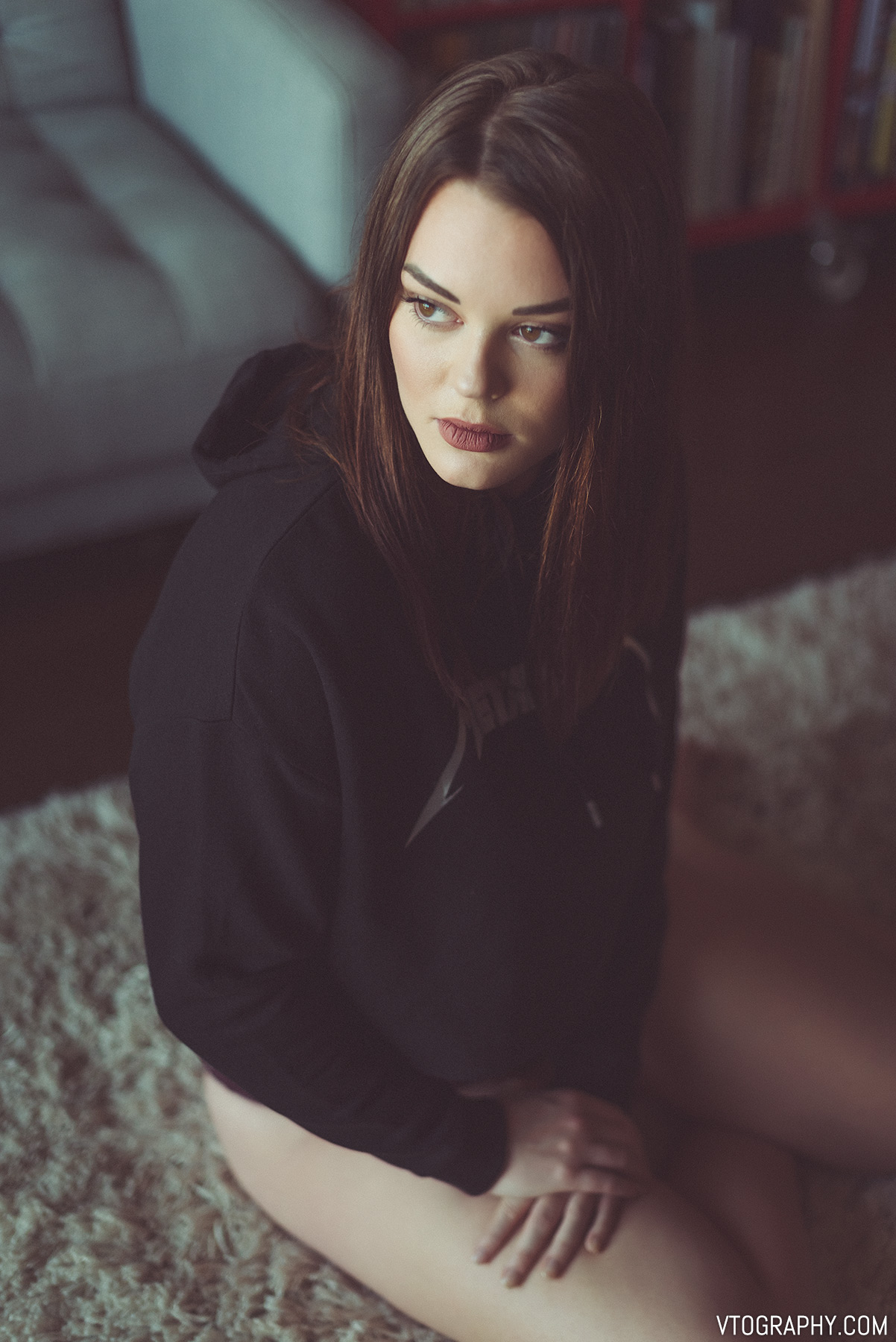 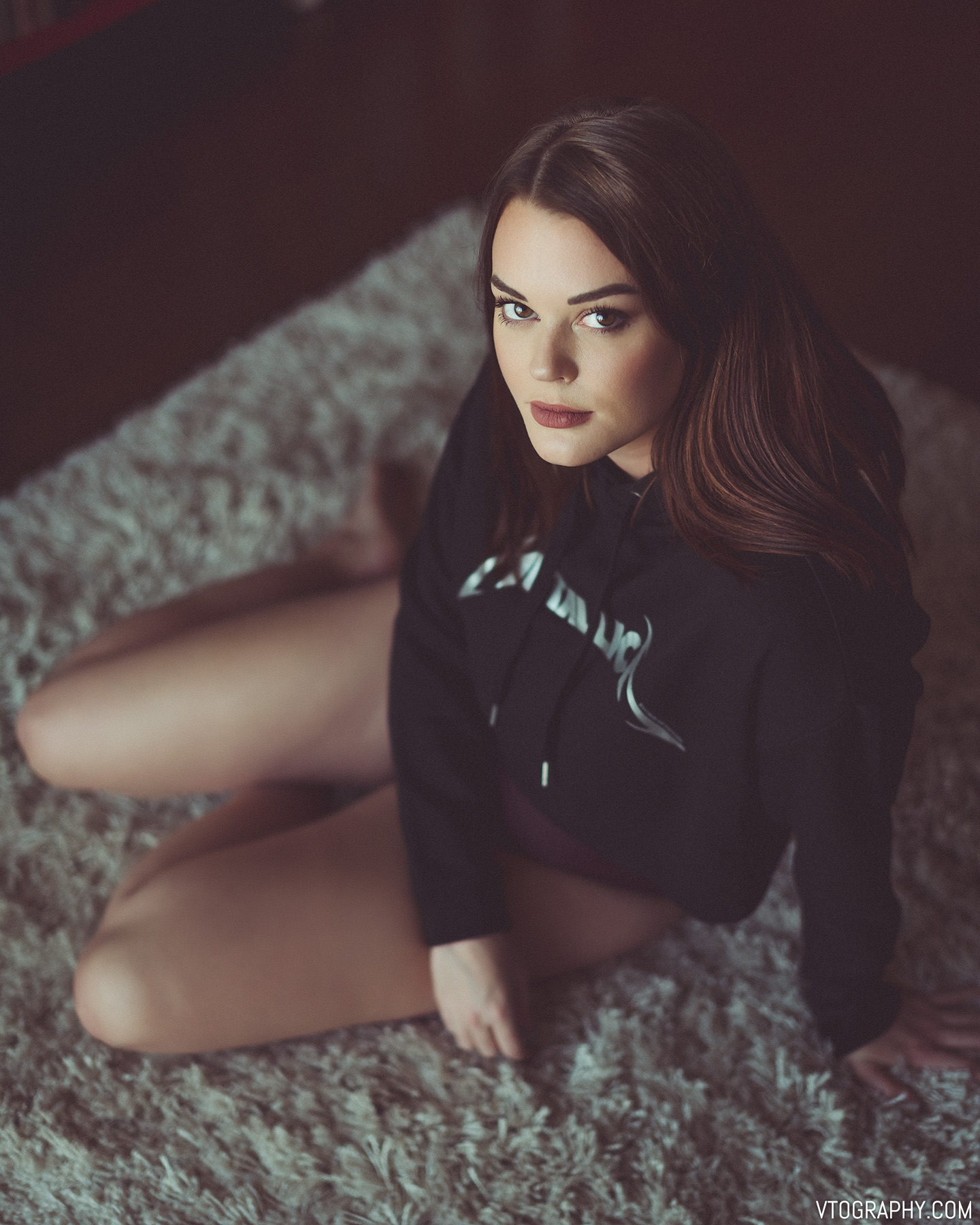 Everything you see here was shot with just one lens, the Nikon 50mm FX ƒ/1.4G AF-S Lens, which gave me the most flexible working distance in the indoor environment.

I’m really glad Katie is back in front of the camera again after so long, and I think we’ll get together again soon to make more photos. Want to see more Katie? Follow Katie on Instagram.