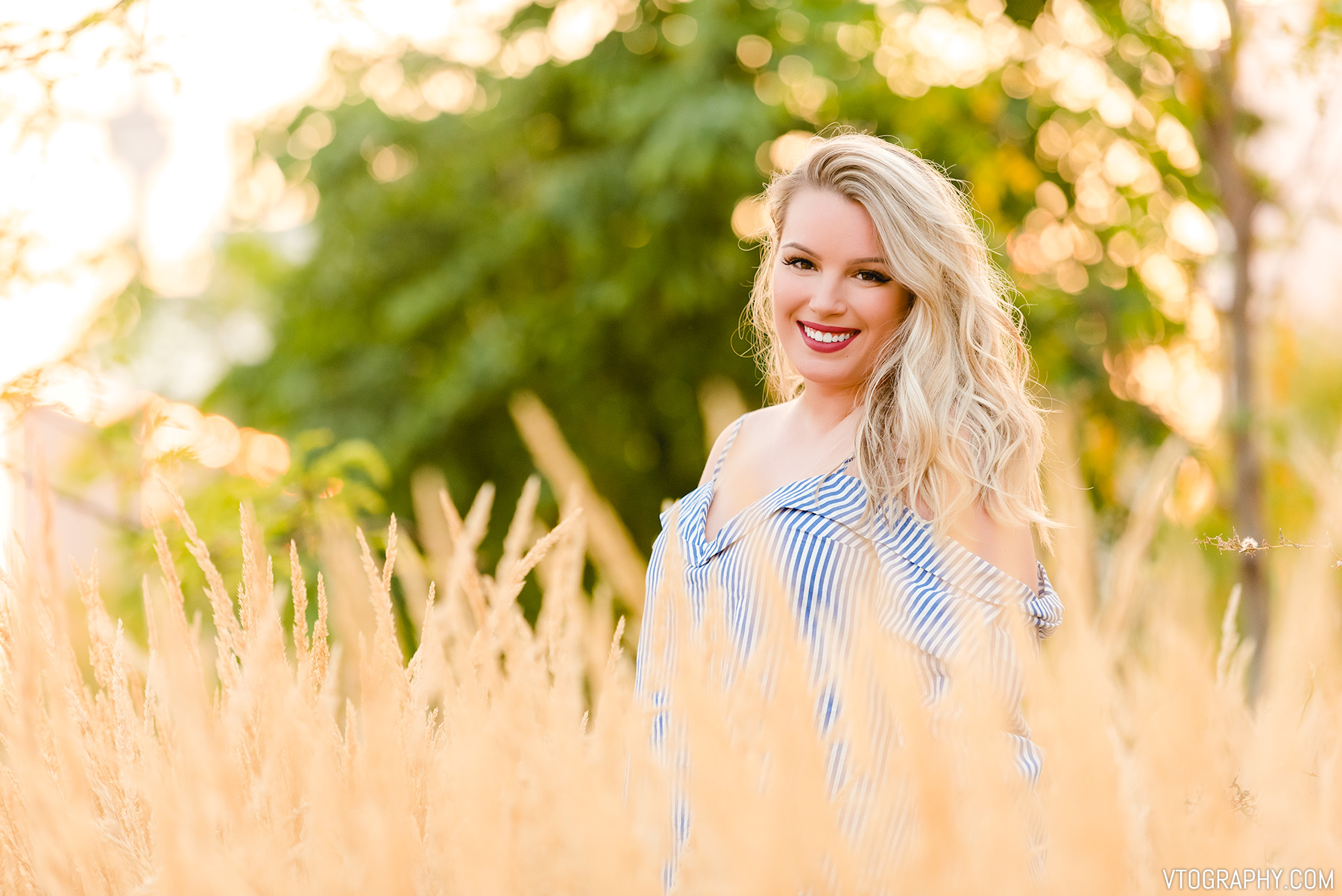 Can you spot the CN Tower above? One of the challenges of shooting outdoors in an urban environment is trying to make it look like something it’s not. The downtown areas of most major cities are a mix of concrete, glass, and metal. So what’s a photographer to do when they’re photographing urban portraits but they want a more rural, green environment to shoot in? Most cities, including Toronto where I live, have nice parks, so that’s always an option. Getting out of town is another option, if you want to invest the travel time. But if you want to stay put and hide the city in plain sight, then a telephoto lens is the key.

The compression and isolation of long lenses can help hide just about anything. You wouldn’t know if I didn’t tell you, but the photo above wasn’t taken in a farmer’s wheat field. It was shot in downtown Toronto and the enormous CN Tower (the third tallest tower in the world!) and the rest of the Toronto skyline is hiding in the out-of-focus areas.

For these urban portraits of Maddie, I used Nikon’s 70-200mm FX ƒ/2.8G ED VR II AF-S Zoom Lens, which is one of the “holy trinity” of lenses (the others being the Nikon 14-24mm FX ƒ/2.8G and the Nikon 24-70mm FX ƒ/2.8E VR). It’s the best telephoto option for any working professional that isn’t overly obscene in terms of price or size. 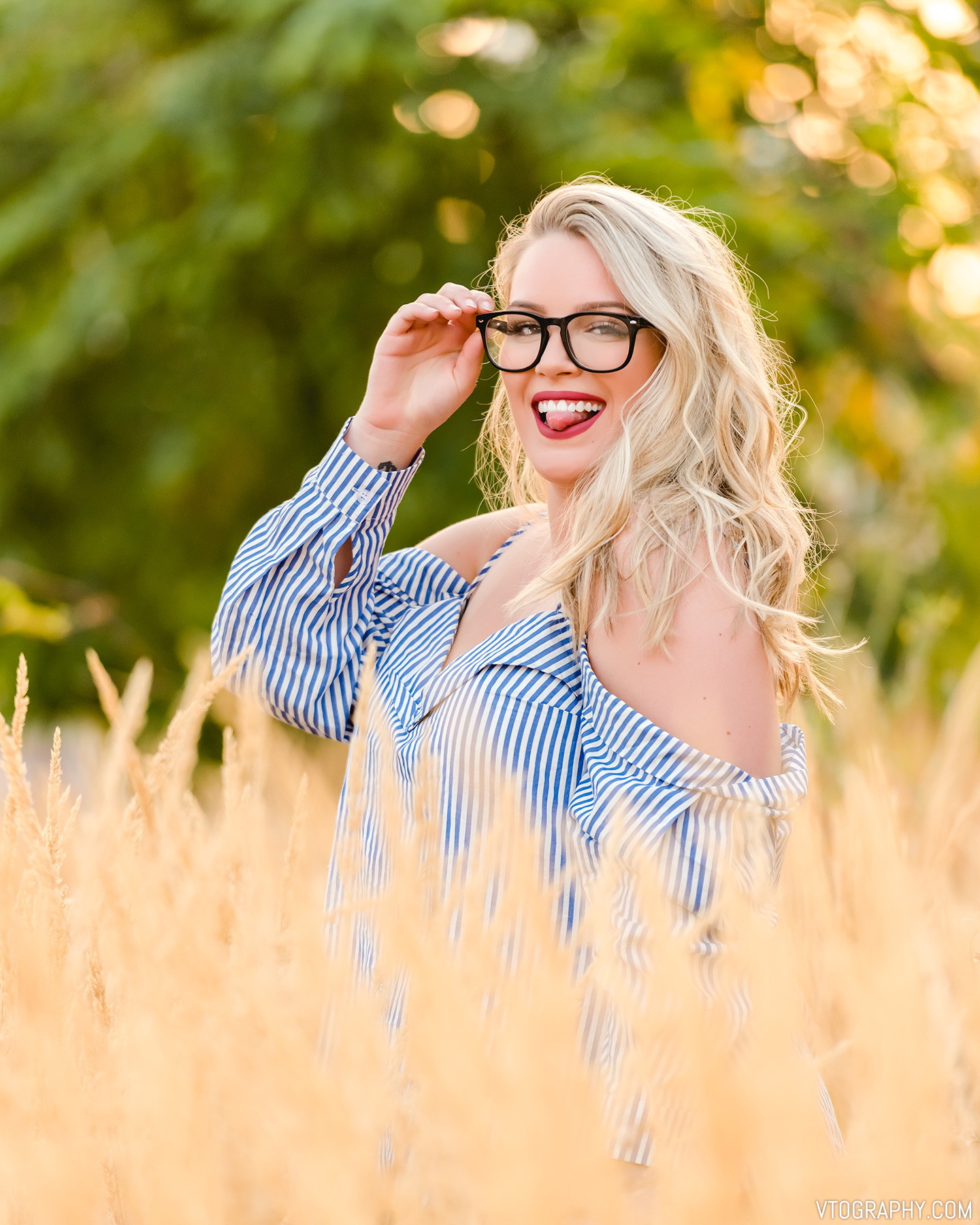 Using the focal lengths from 150mm and up, the lens is like a telescope, isolating only a very specific, narrow sliver of a scene that the photographer chooses. With careful positioning of the lens and the model, all the foreground and background elements effectively disappear. This effect is partly why there’s often such a visual difference between smartphone photos and DSLR photos. For comparison, here’s the same scene taken with my iPhone so you can see what I was working with: 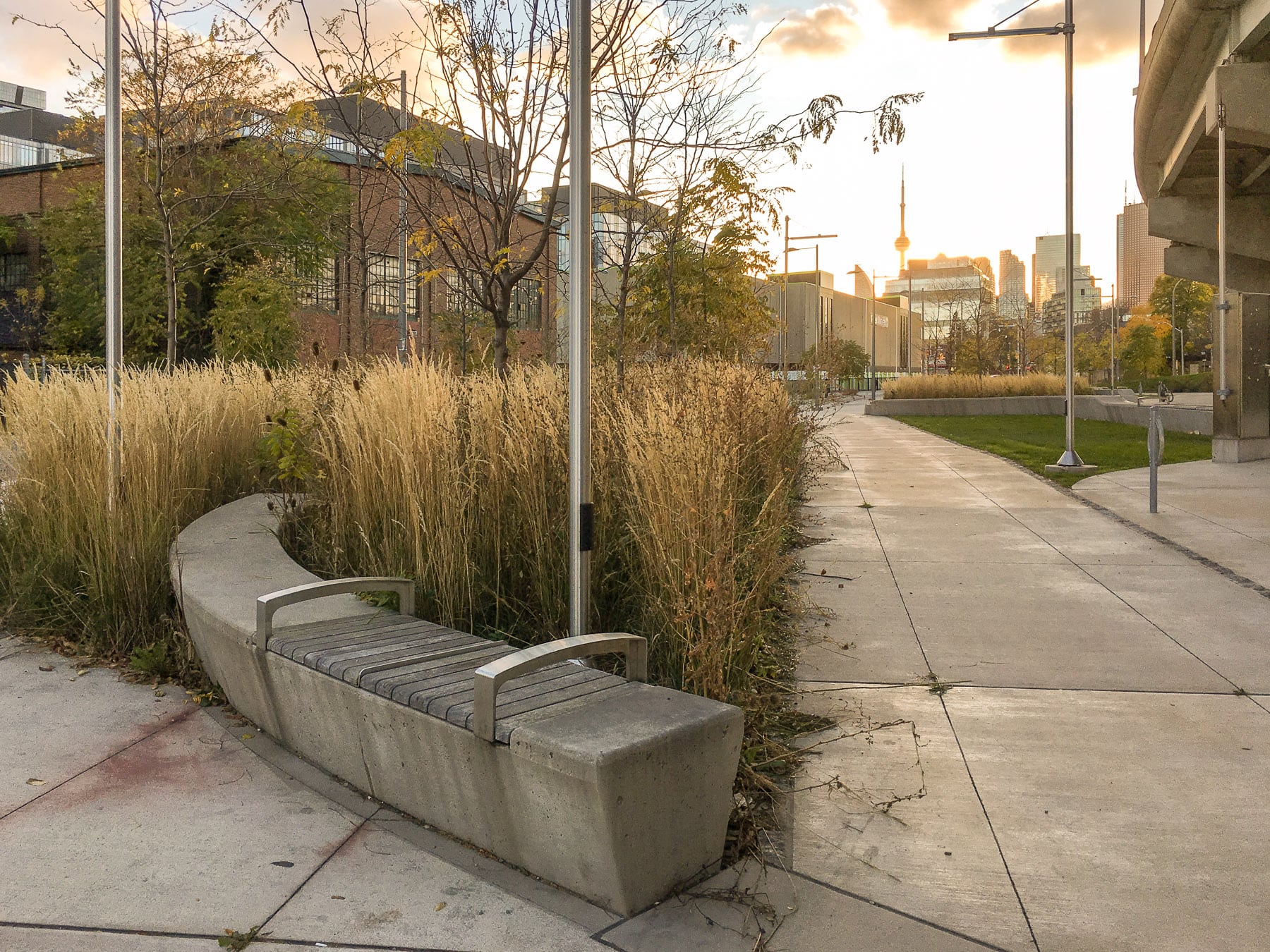 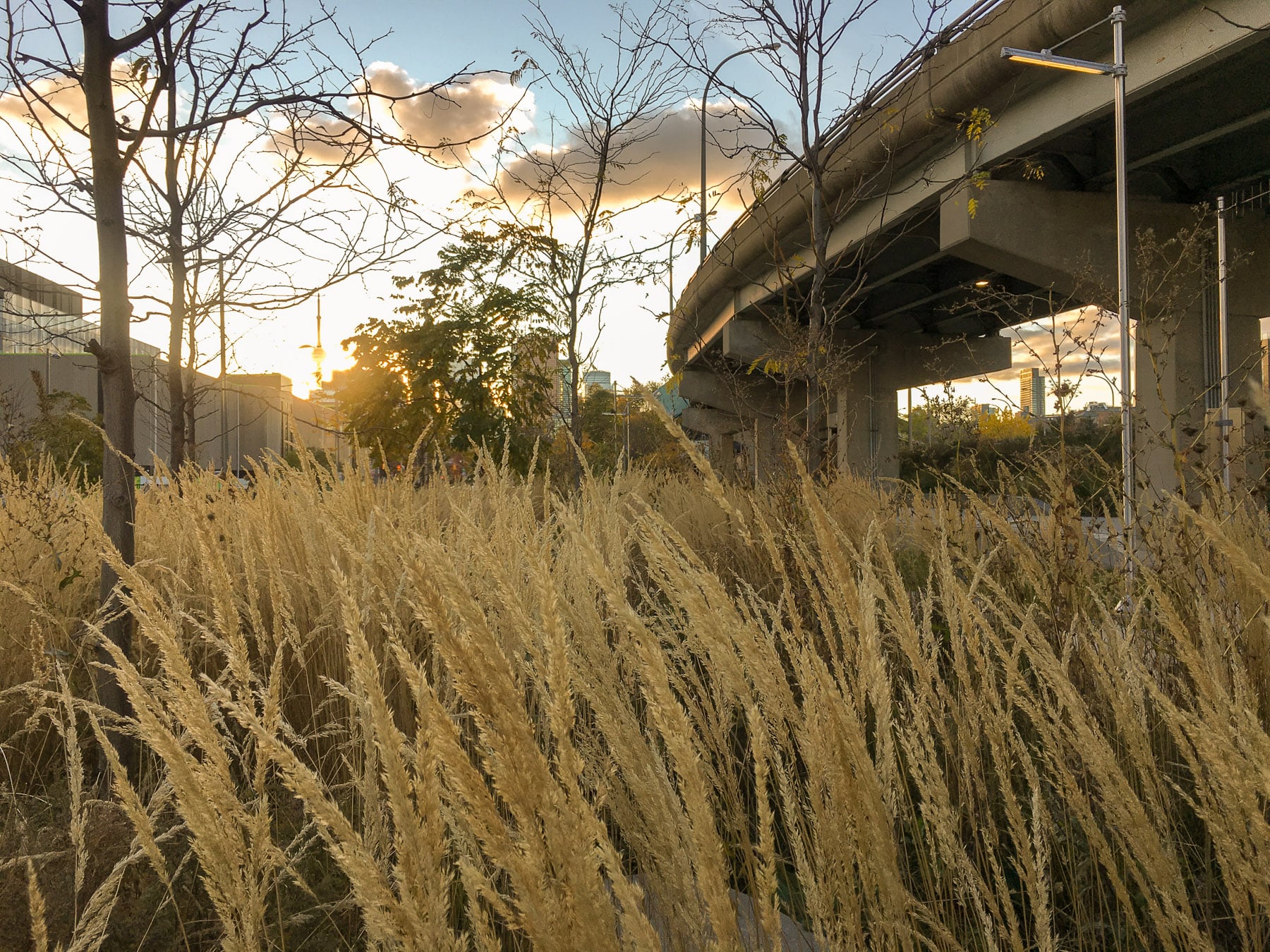 So isolation is one thing. Compression is another. Compression is essentially a type of distortion that can make the background elements of a photo look larger and closer than they really are. The green foliage behind Maddie was a fair distance behind her, with a lot of concrete and other nonsense between her. My distance from Maddie combined with the long focal length makes it look like there’s nothing between her and the foliage at all. 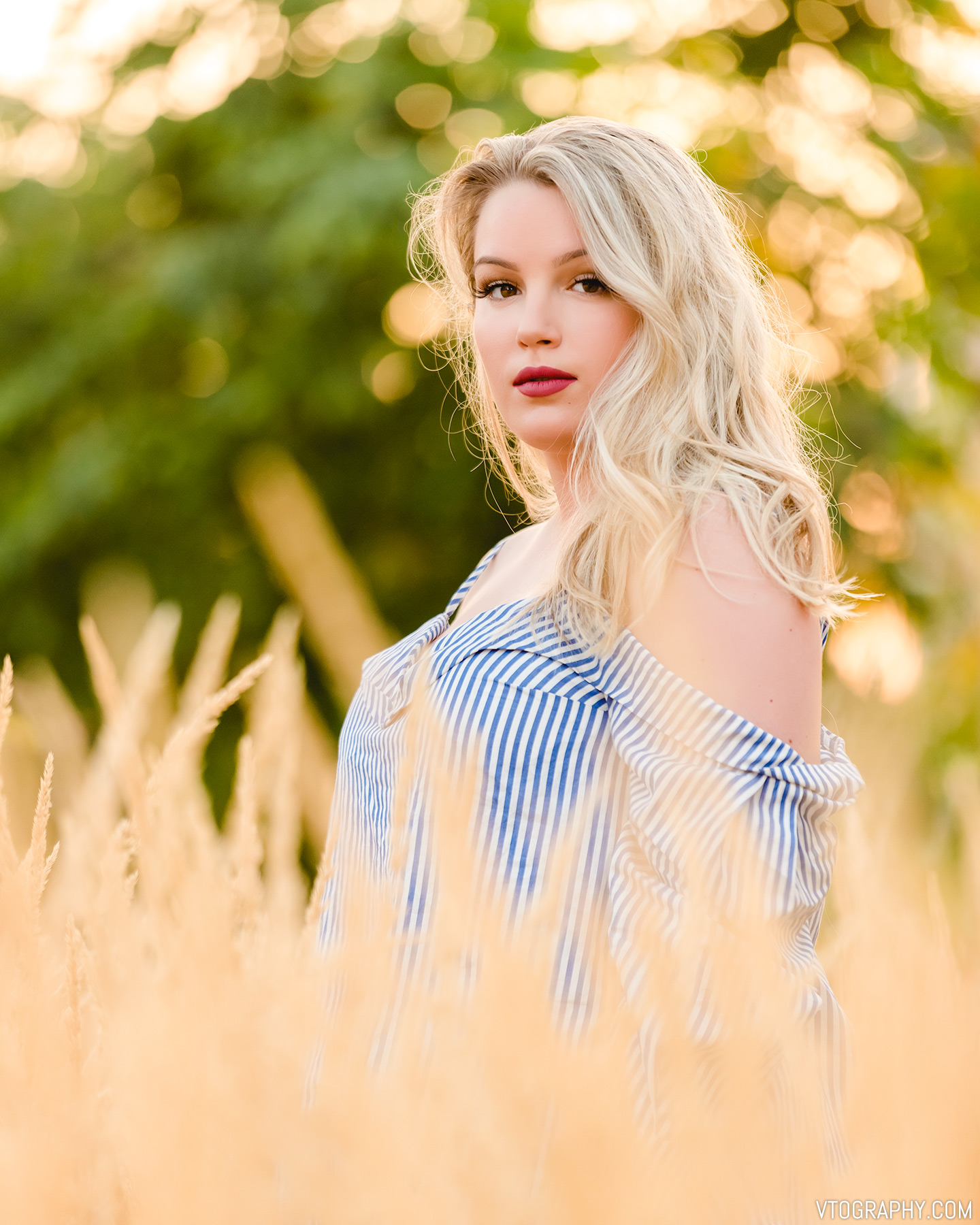 Here’s where Maddie was standing — a sloped concrete channel in the middle of the tall grasses: 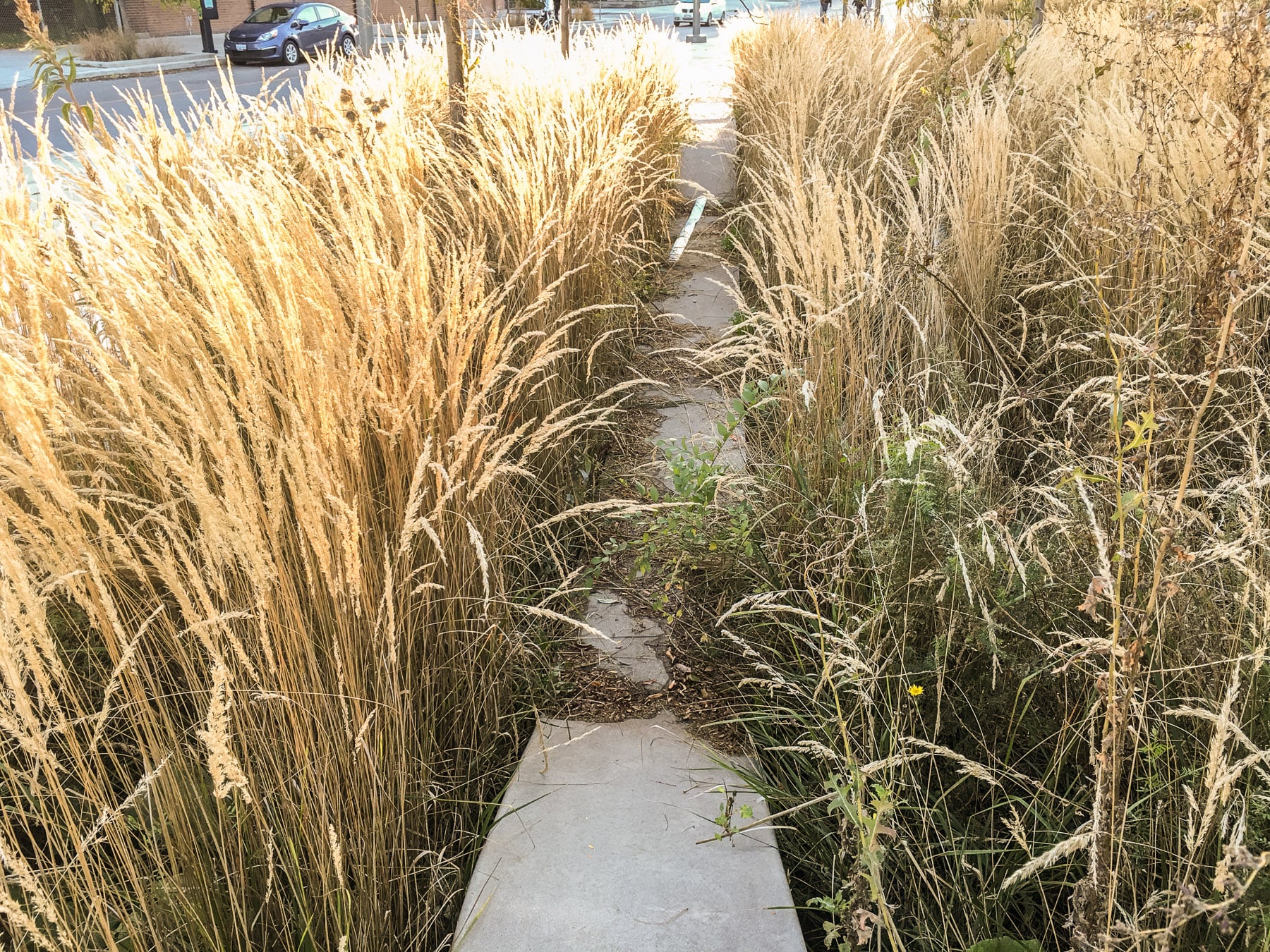 This second set of urban portraits was taken at the incredibly picturesque Distillery District — one of Toronto’s top tourist attractions and a National Historic Site. While it’s photogenic on its own, the industrial brick neighbourhood (circa 1860) with a view of downtown in the background isn’t ideal if the goal is to produce headshots in a environment evoking green nature spots. 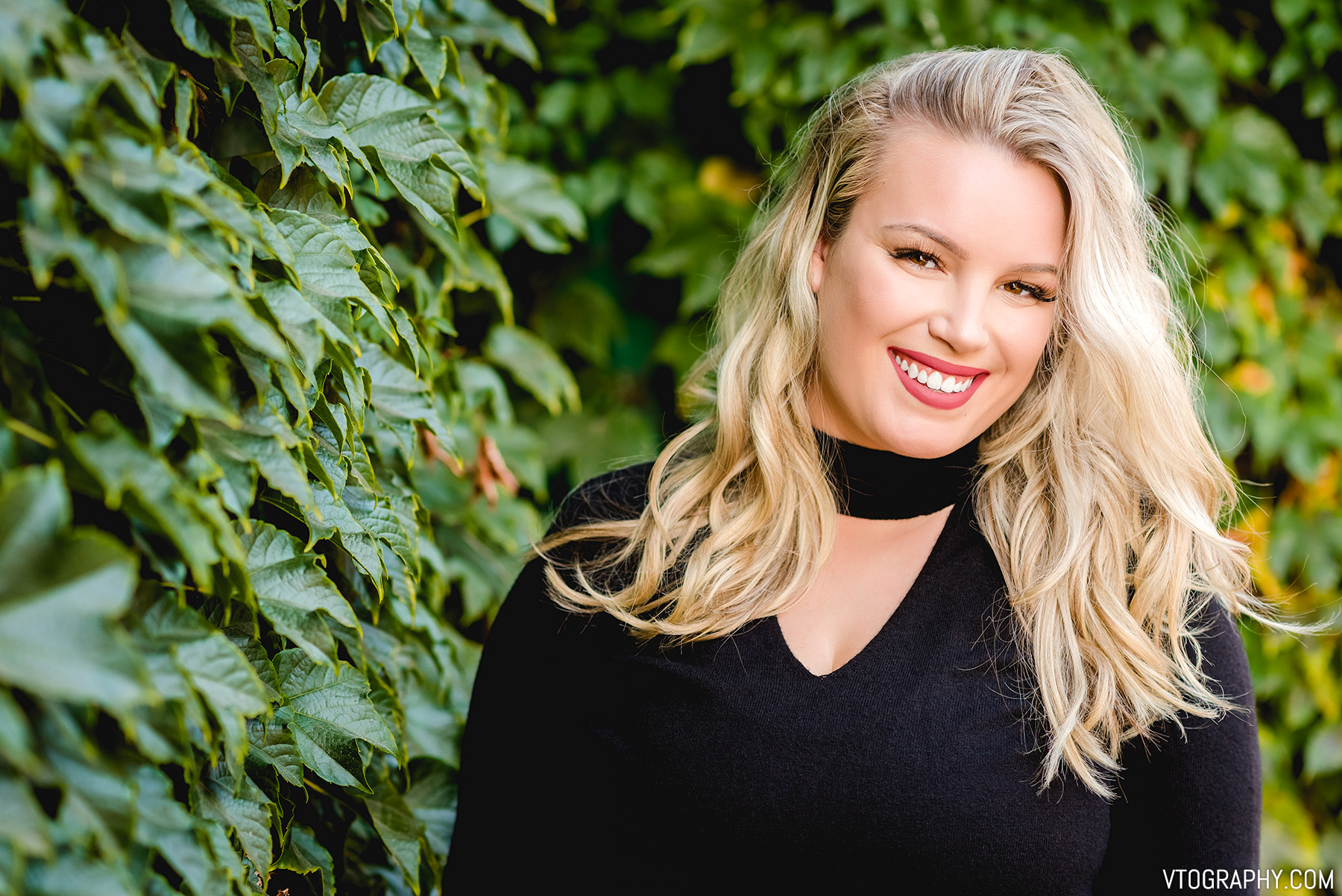 Luckily, a series of old loading docks in one of the unused heritage buildings have been overrun with ivy, making it a perfect green backdrop… if only there were a way to crop out all the tour buses and parked cars. Because my working space was a little more limited in this area, I stuck with the shorter focal length of the Nikon 85mm FX ƒ/1.8G AF-S Lens. It’s still long enough to isolate and compress but short enough that it allowed me to share space perched up on the edge of the loading dock with Maddie. 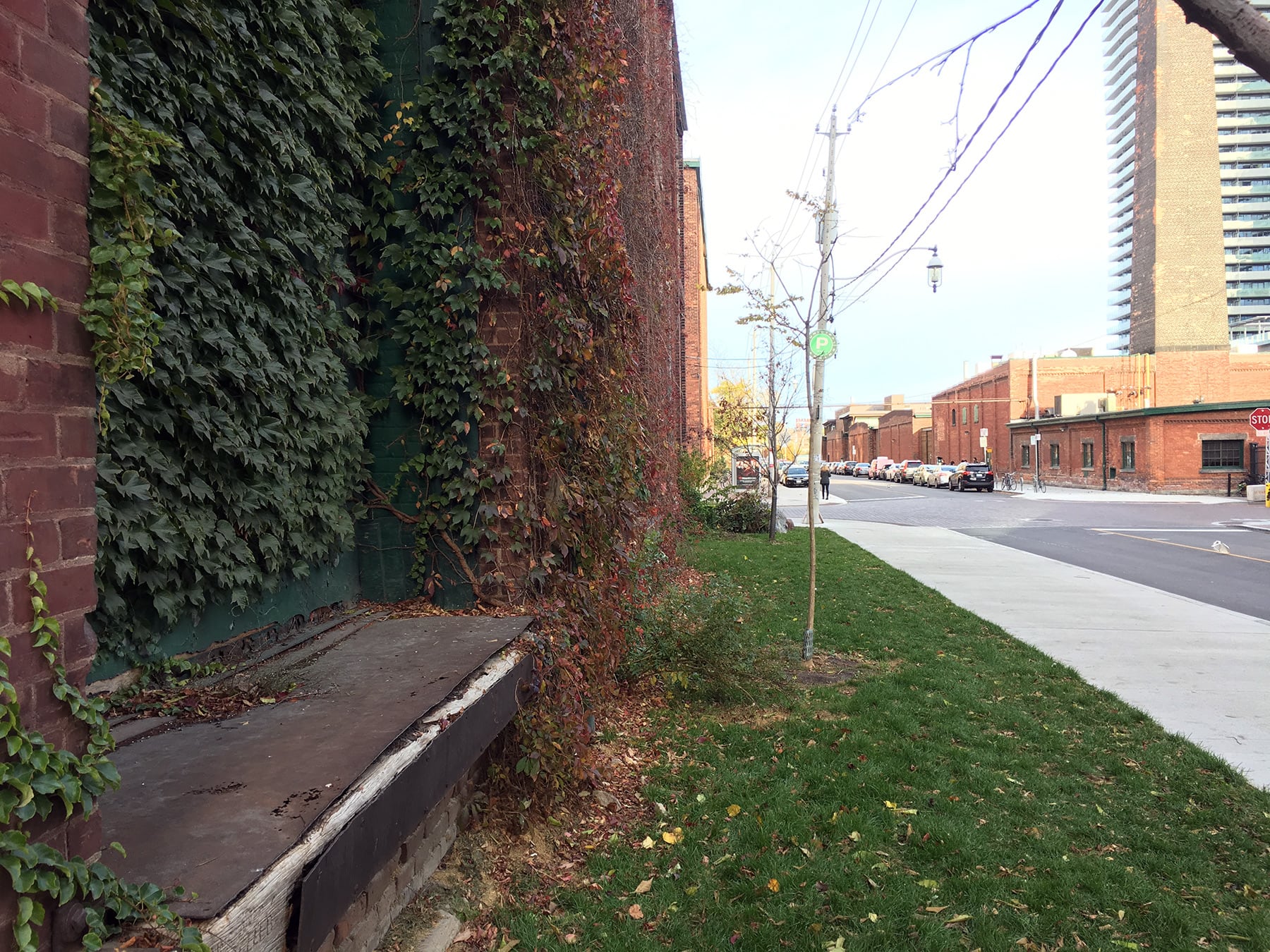 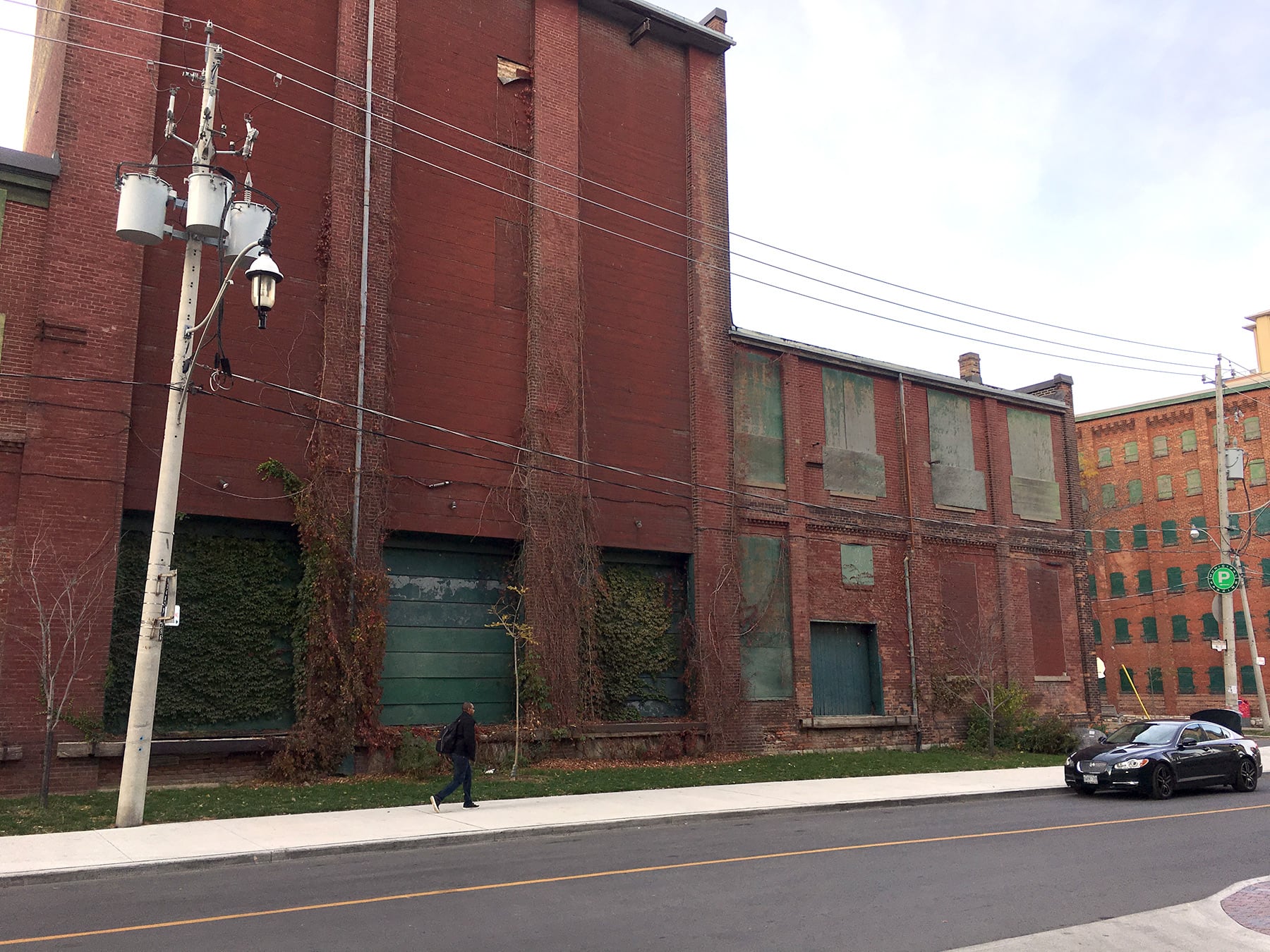 Again, with careful positioning of Maddie and myself, the 85mm lens did an effective job of making it look like we were in quaint garden instead of across the street from a parking lot. The urban environment did have one amazing benefit, though! We shot these photos at sunset, during the golden hour, which you can see in the warm glow illuminating Maddie’s skin. But there was no direct sunlight, no additional lighting, and no modifiers used here. What was lighting Maddie so precisely and beautifully? The warm evening sun bounced off the windows of the adjacent building (not pictured) and directly on to our chosen spot, which also put a great catchlight into Maddie’s eyes. 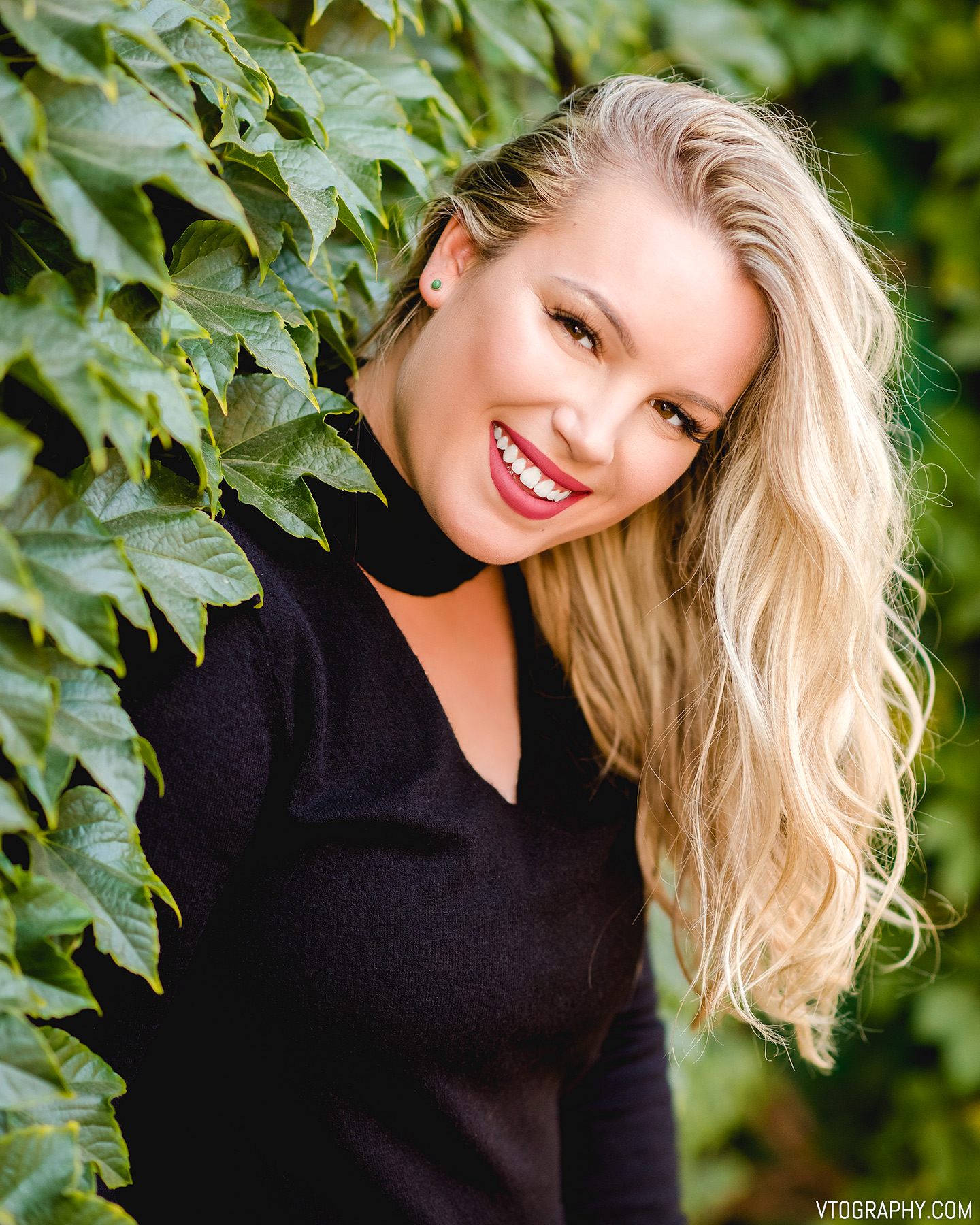 Want to see more of Maddie? Follow her on Instagram. Be sure to ask her about the wonders of Gold Bond. She’ll appreciate it.

See the rest of Maddie’s urban portraits below 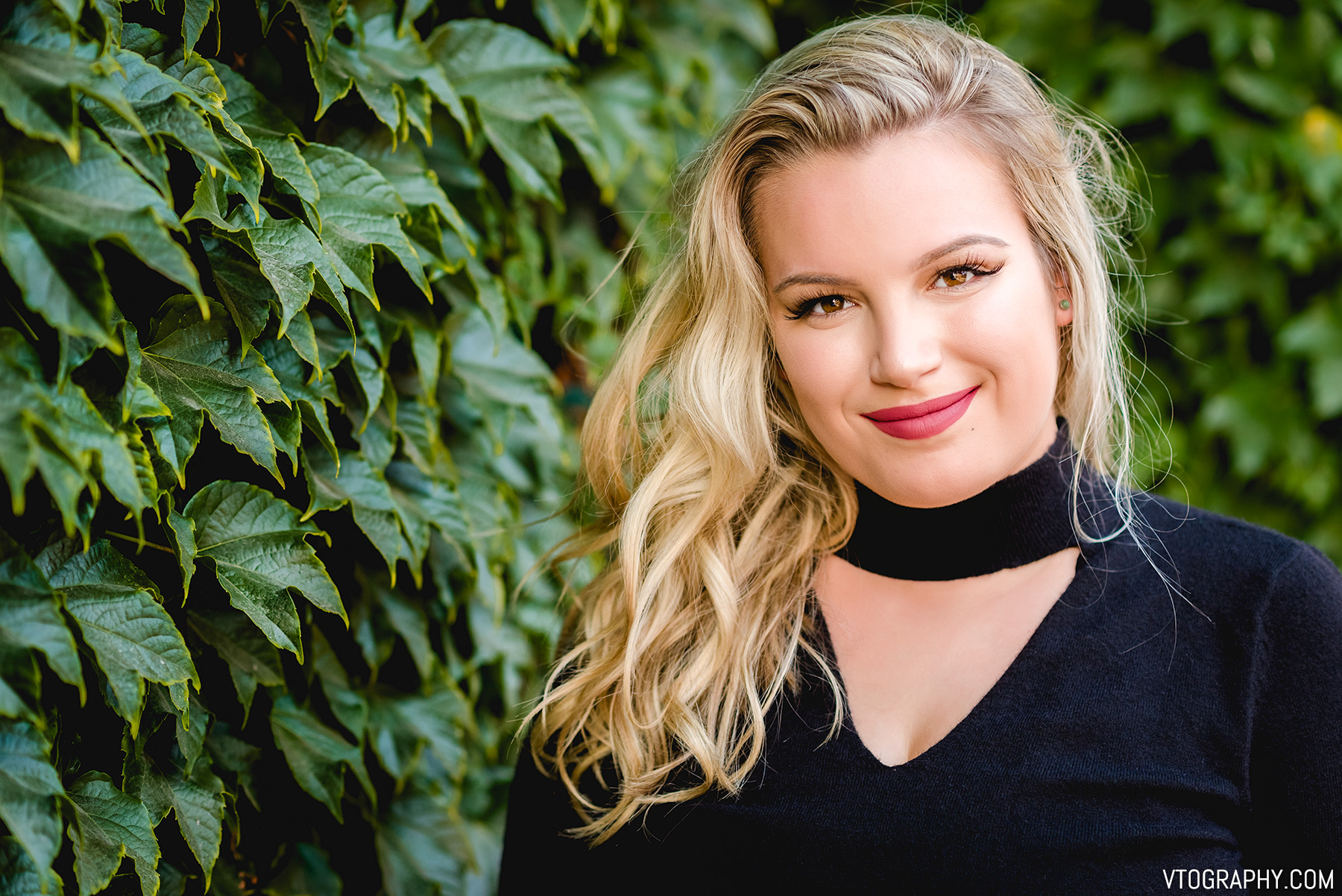 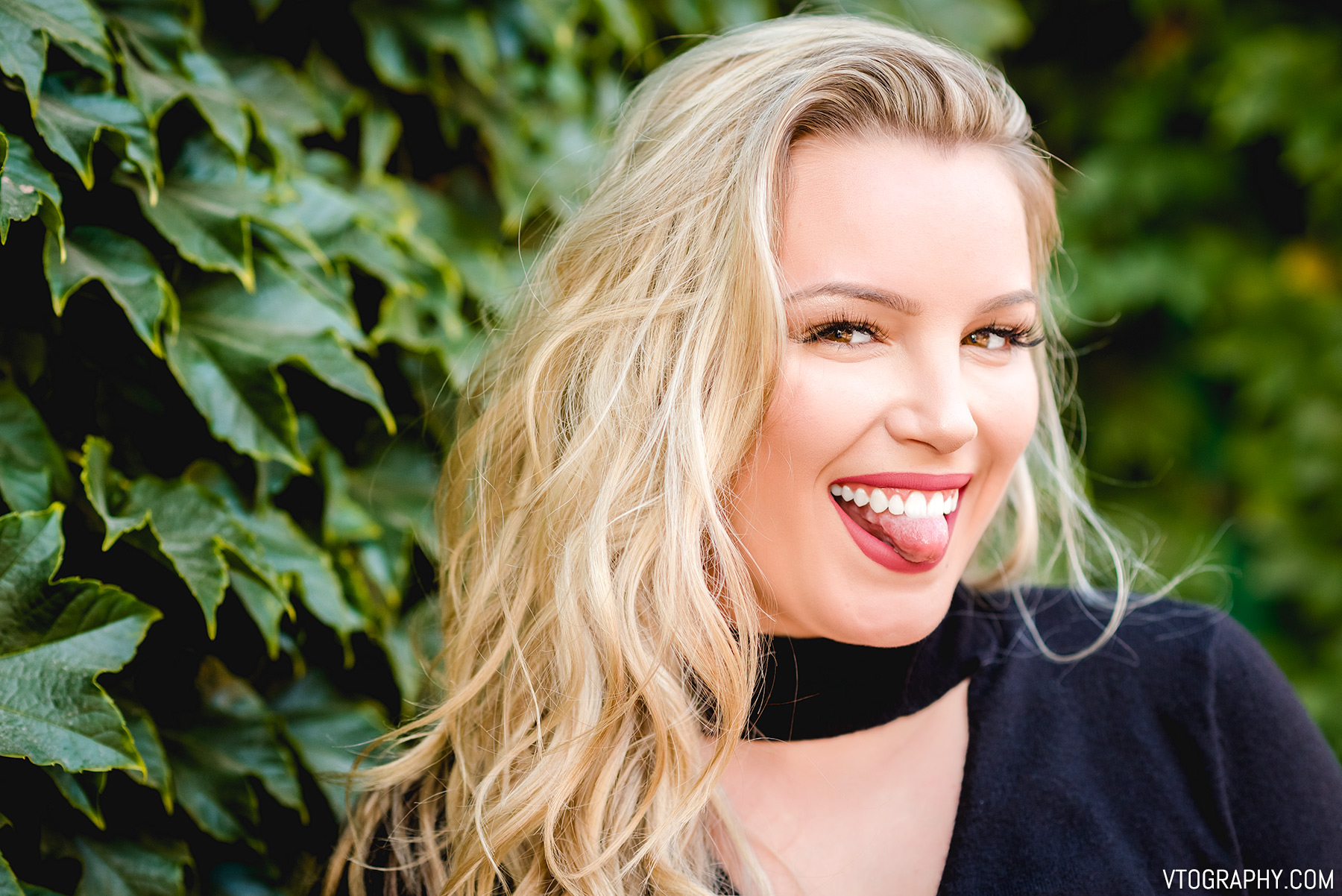 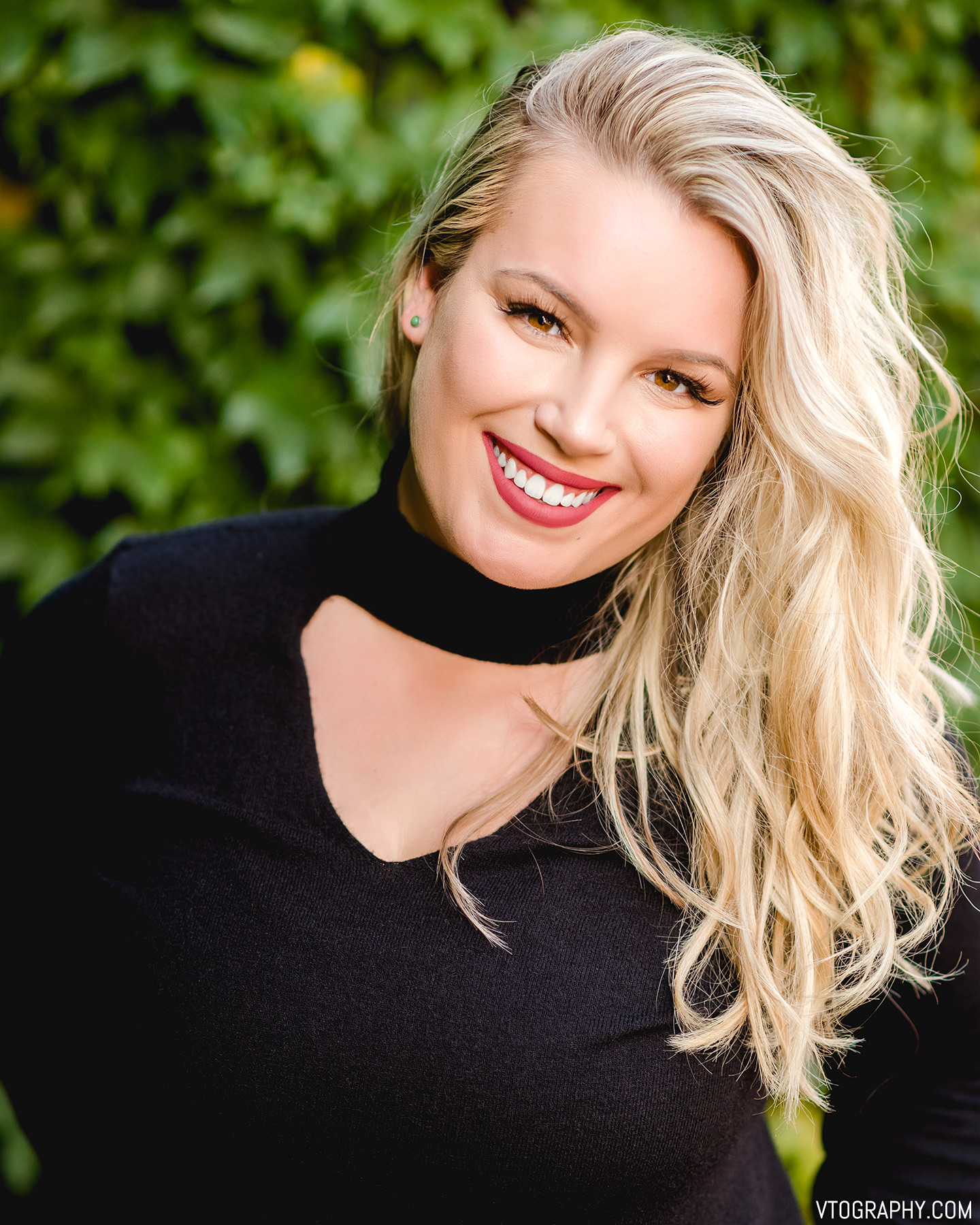 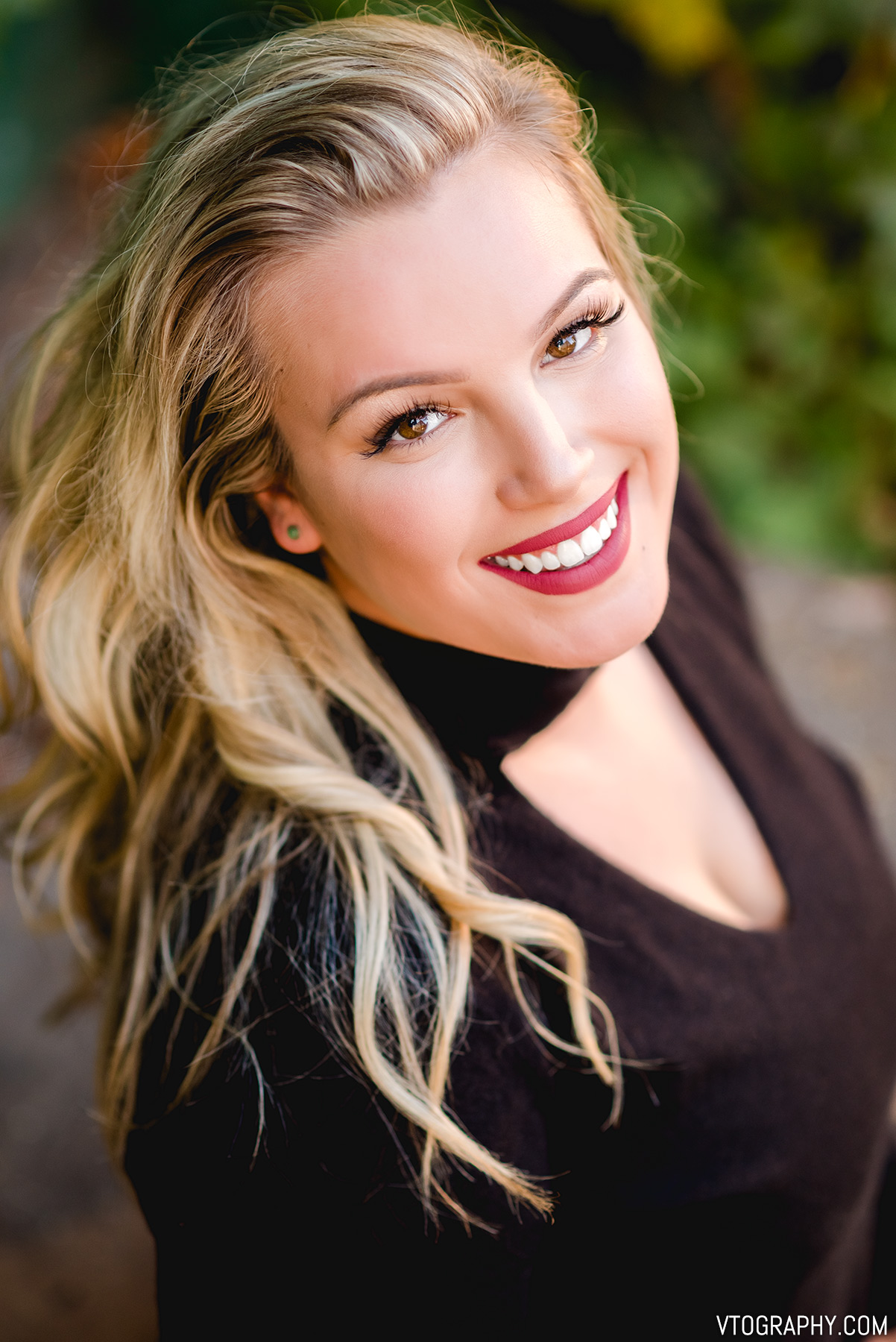 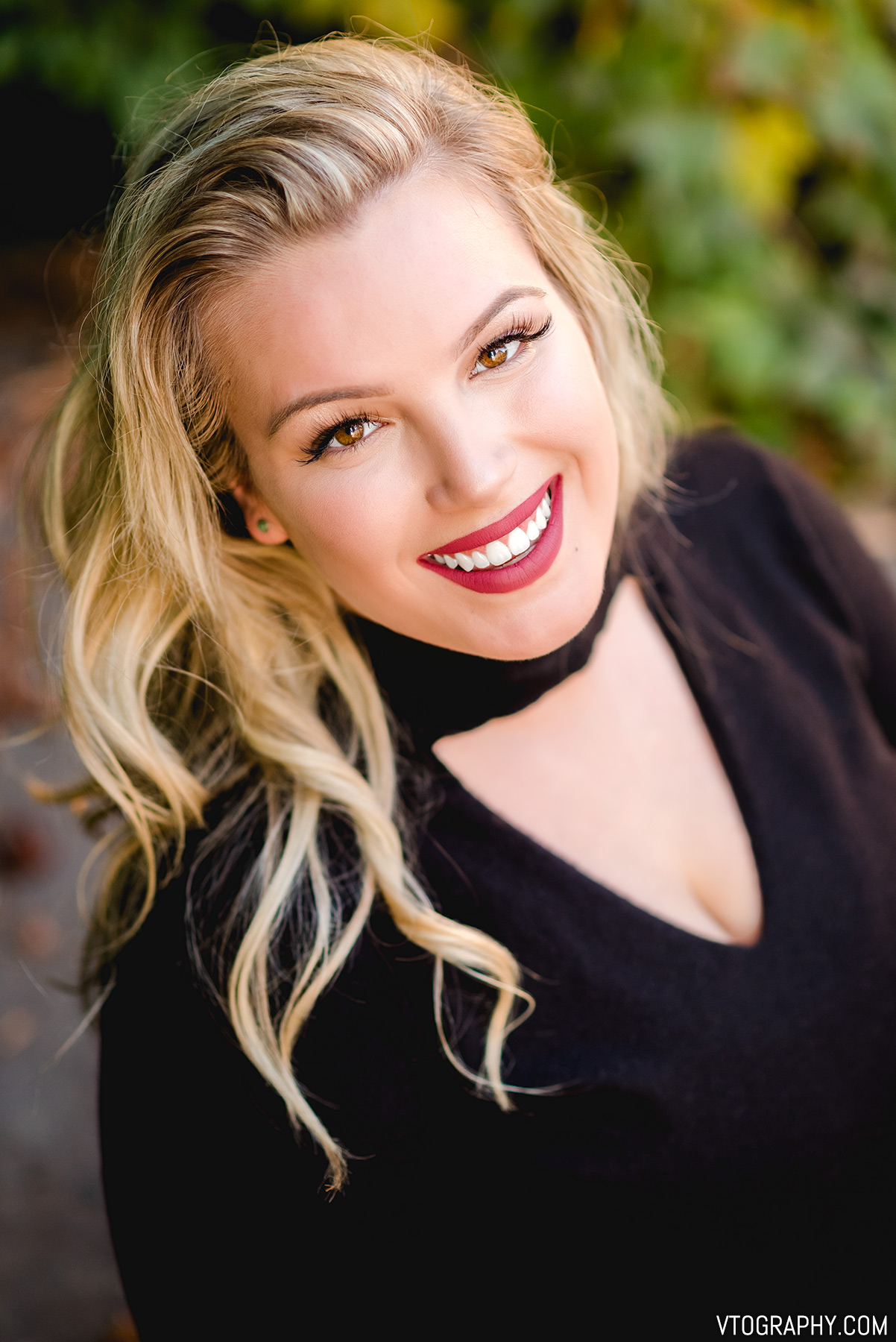 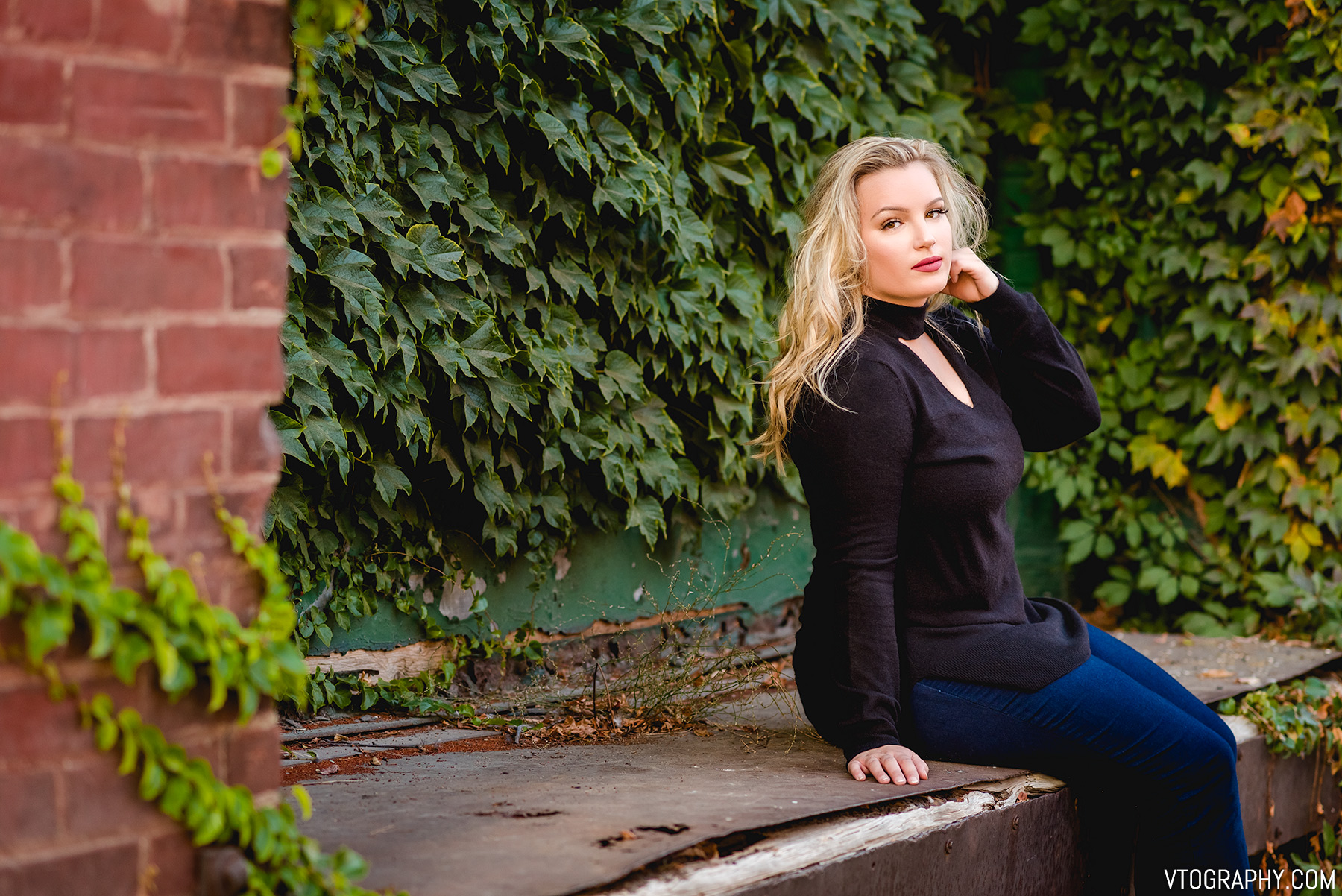 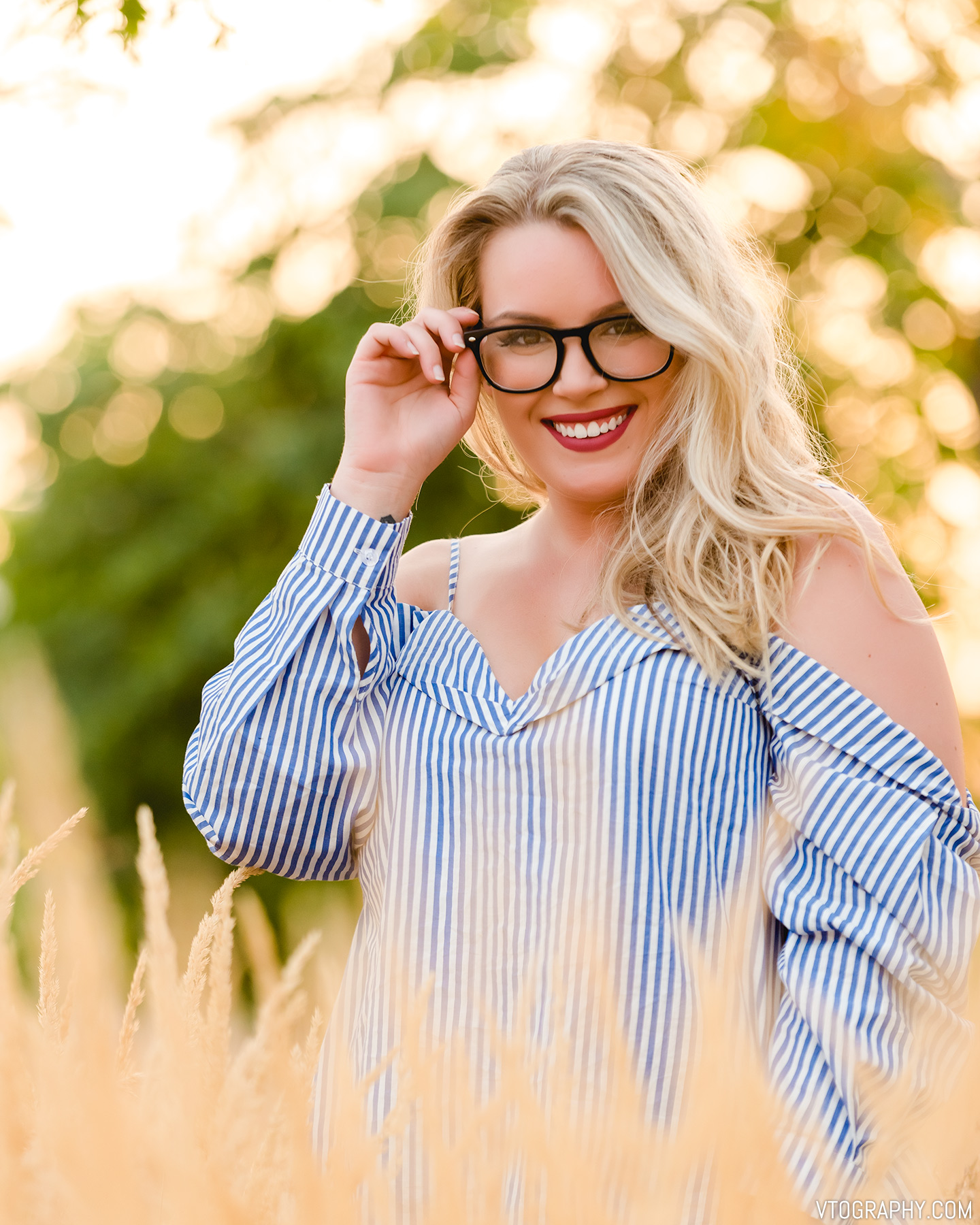 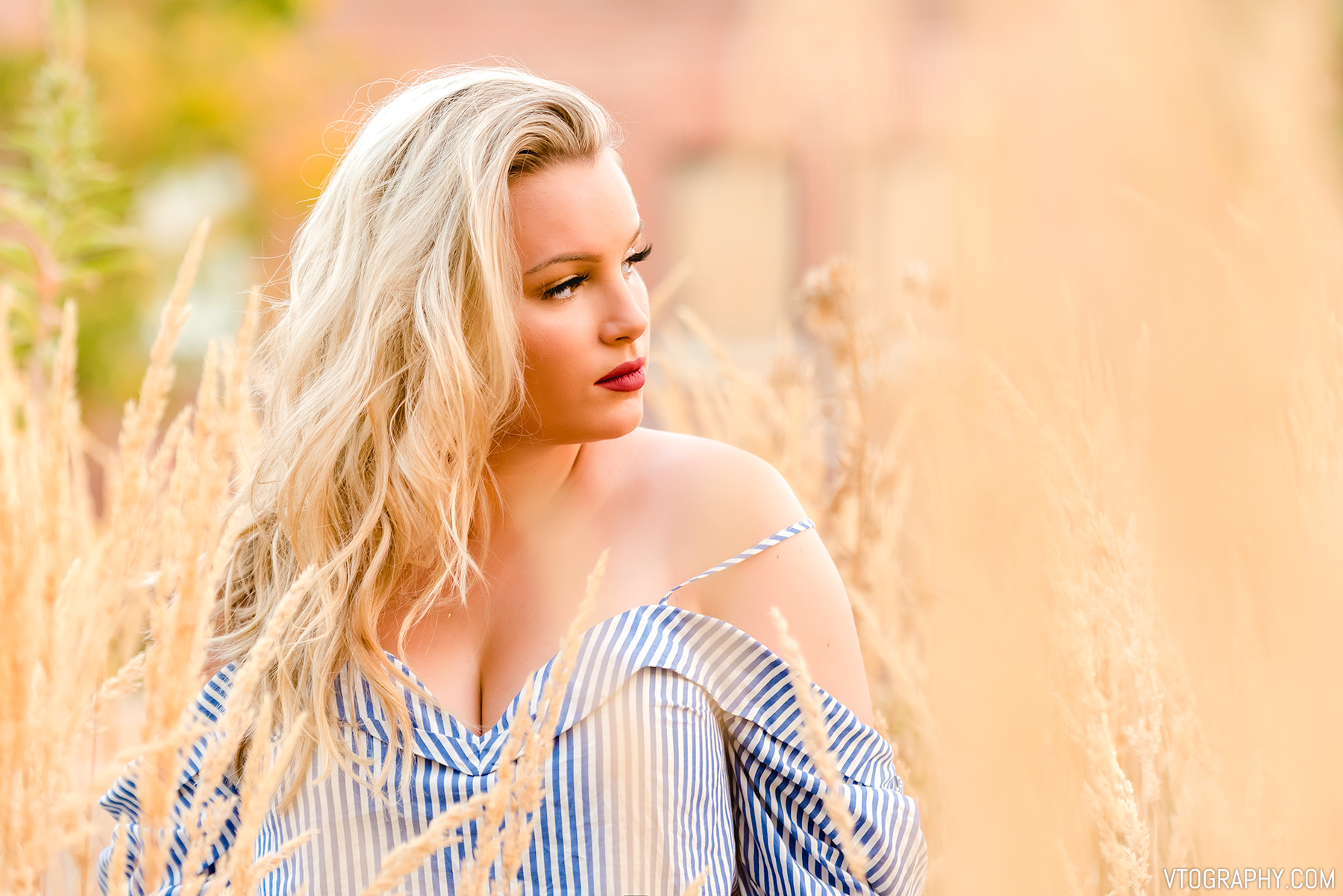