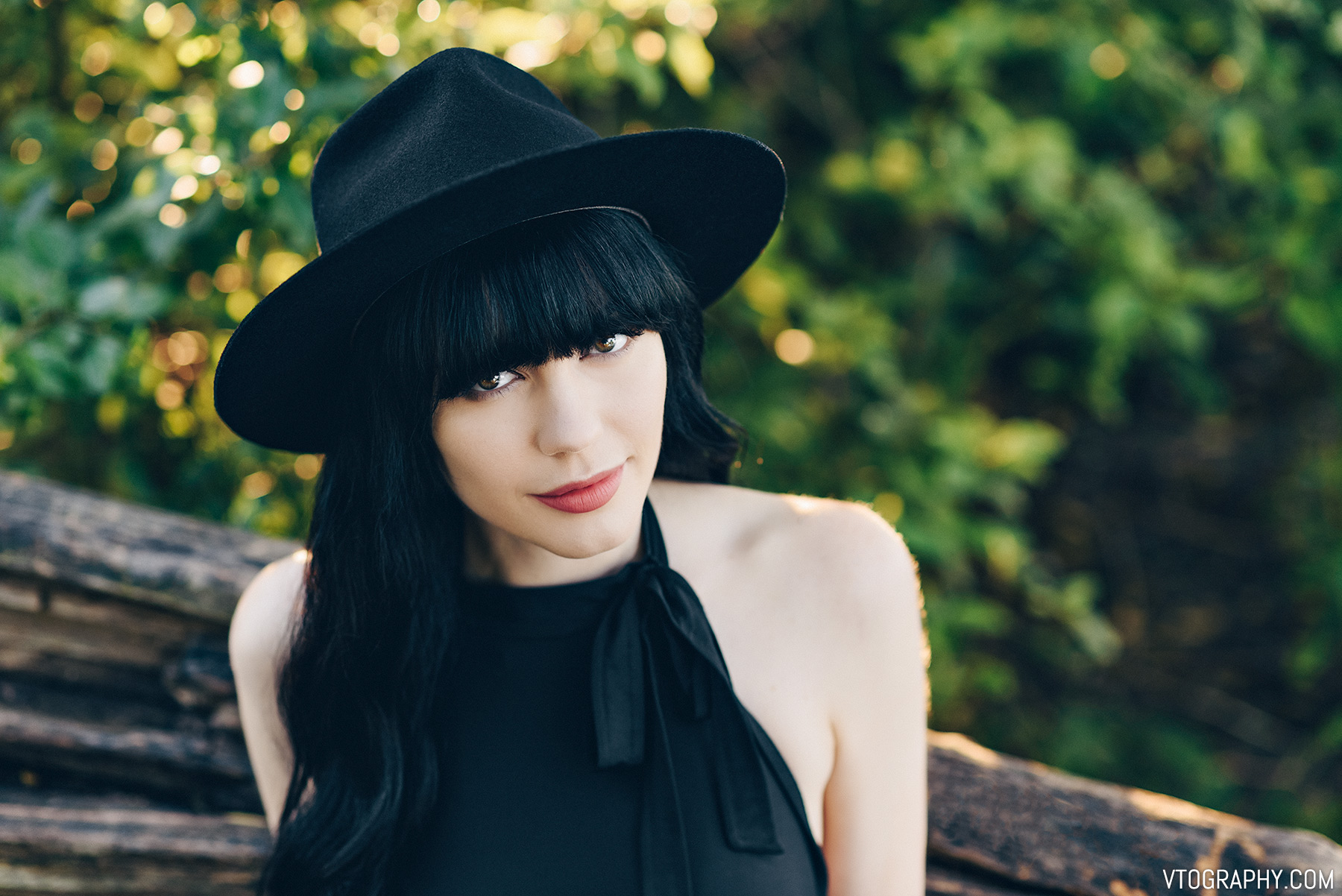 I don’t use my Nikon 85mm FX ƒ/1.8G lens nearly enough. Often times, when shooting a wedding for example, the 85mm stays at home and the Nikon 70-200mm ƒ/2.8G VR II comes with me instead. For this early morning portrait shoot with Ashley, I made sure the Nikon 85mm ƒ/1.8G was in my camera bag and used it almost exclusively.

As per usual with my photo shoots with Ashley, we woke up before the crack of dawn and were at our location just as the sun was rising, about 5:45am. Armed with my trusty Nikon D750 camera body and Nikon 85mm ƒ/1.8G lens, we found a spot on the Ajax waterfront (in Rotary Park) and started shooting.

The Nikon 85mm lens is one of my favourites, but also one I use the least because it’s often the odd man out when I’m packing my camera bag. The 50mm ƒ/1.8 will usually find its way in the bag instead of the 85mm.

As per the title of this post, “Portrait Shoot with Nikon 85mm”, every portrait you see here was shot with the 85mm lens at ƒ/2.5 or ƒ/2.8, with the exception of the final two photos which were captured with the Nikon 70-200mm ƒ/2.8G VR II at 105mm and 98mm focal lengths. I could have shot those final two images with the 85mm lens as well, but the 70-200mm was already mounted and I was too lazy to change it. There’s a noticeable difference in sharpness and focus accuracy between these two lenses — a portrait shoot with Nikon 85mm lens produces way better images than the 70-200mm lens.

What I really wish I had (thanks for asking) is a 135mm ƒ/2 lens or similar. It was always my favourite focal length when shooting with 35mm film. And while Nikon does make a version of this lens, it hasn’t been updated since 1995 (!). Sigh.

Long time readers of this blog will notice Ashley’s style has changed quite a bit over the years. We’ll call this her hipster phase — especially considering the fedora and glasses with faux lenses. Follow Ashley (@fringeandfair) on Instagram and check out her new YouTube channel for your daily dose of #OOTD. Make sure you’re following @vtographyy on Instagram so you’re always the first to see new photo shoots as they happen.

Shop for the gear I used on this photo shoot 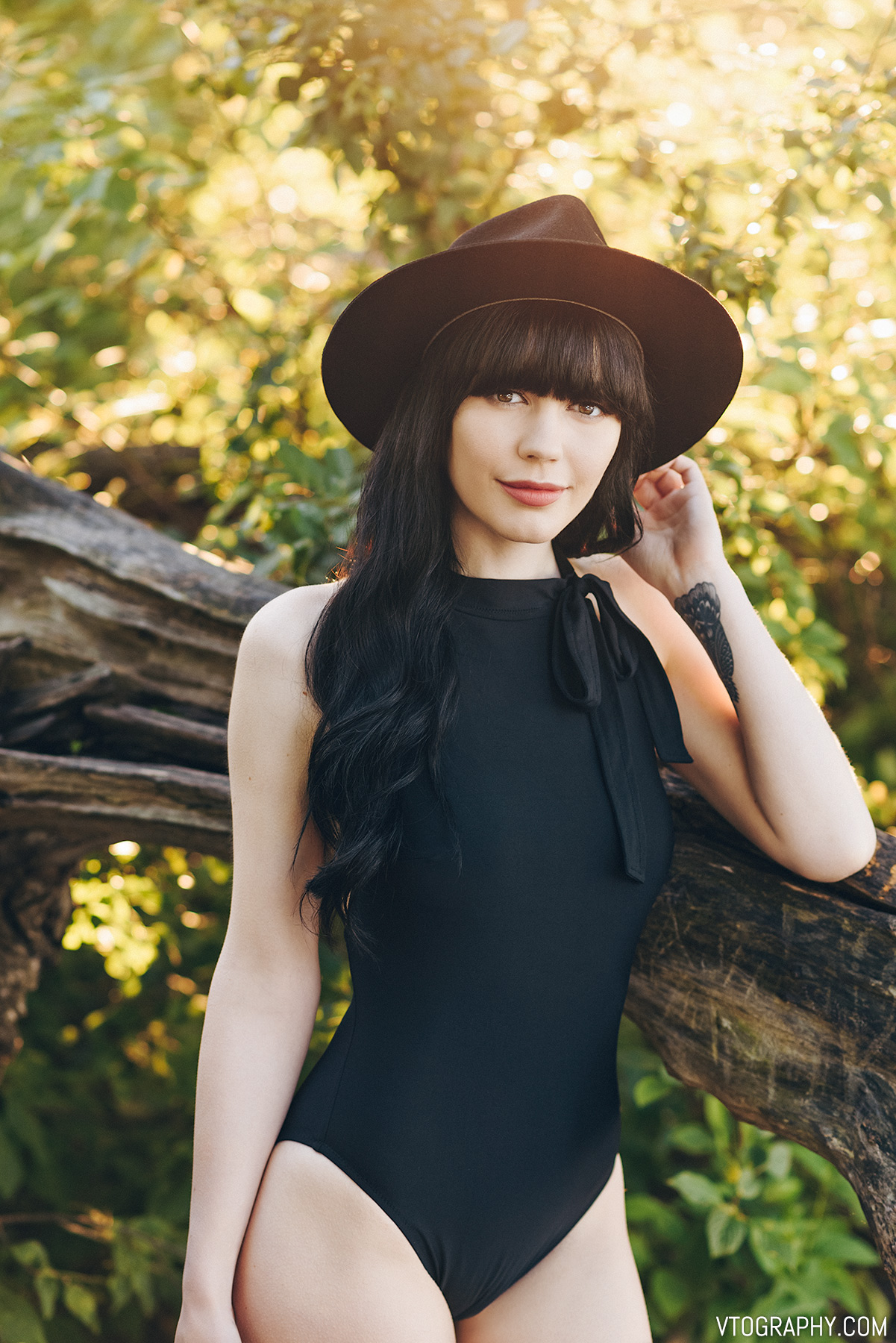 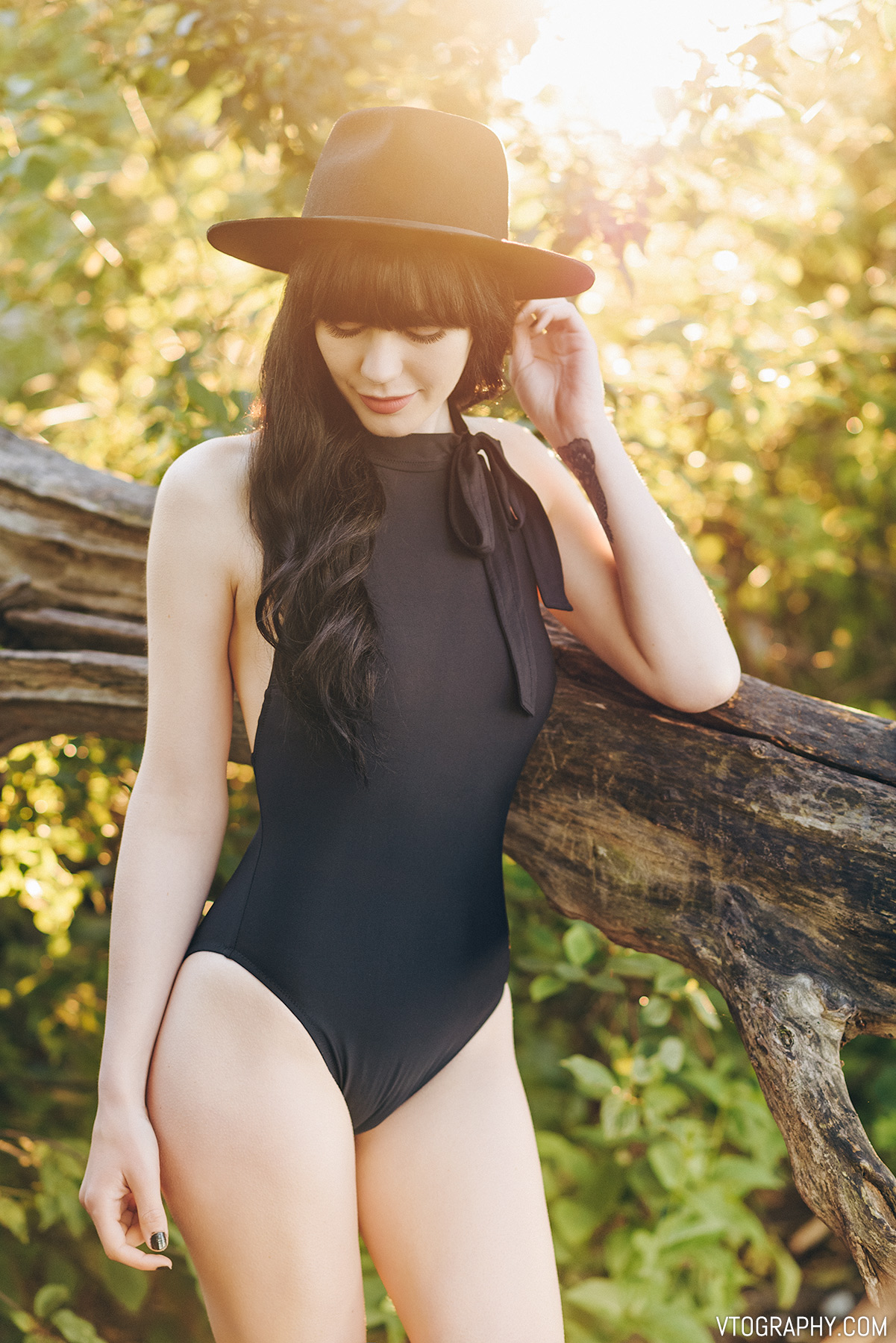 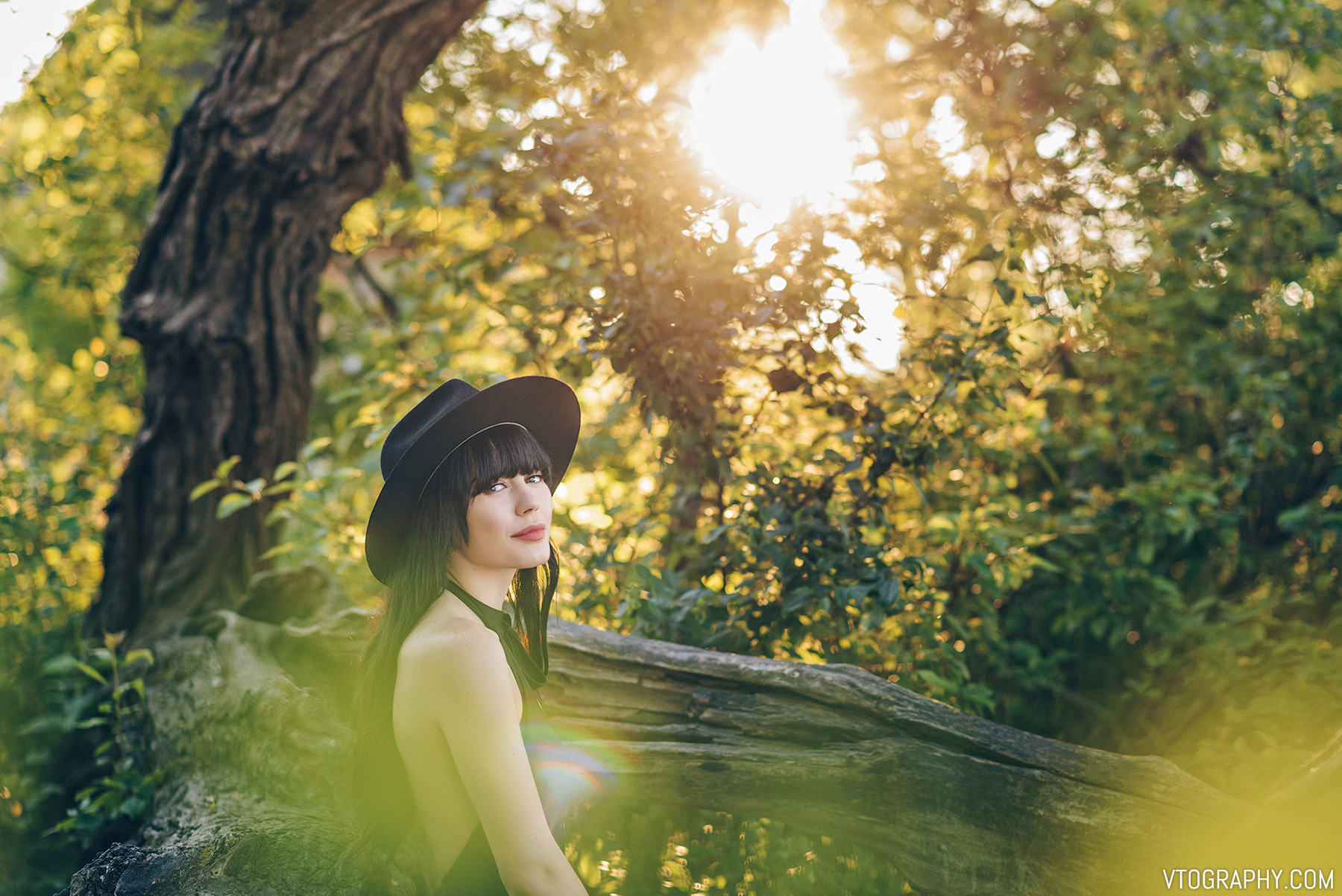 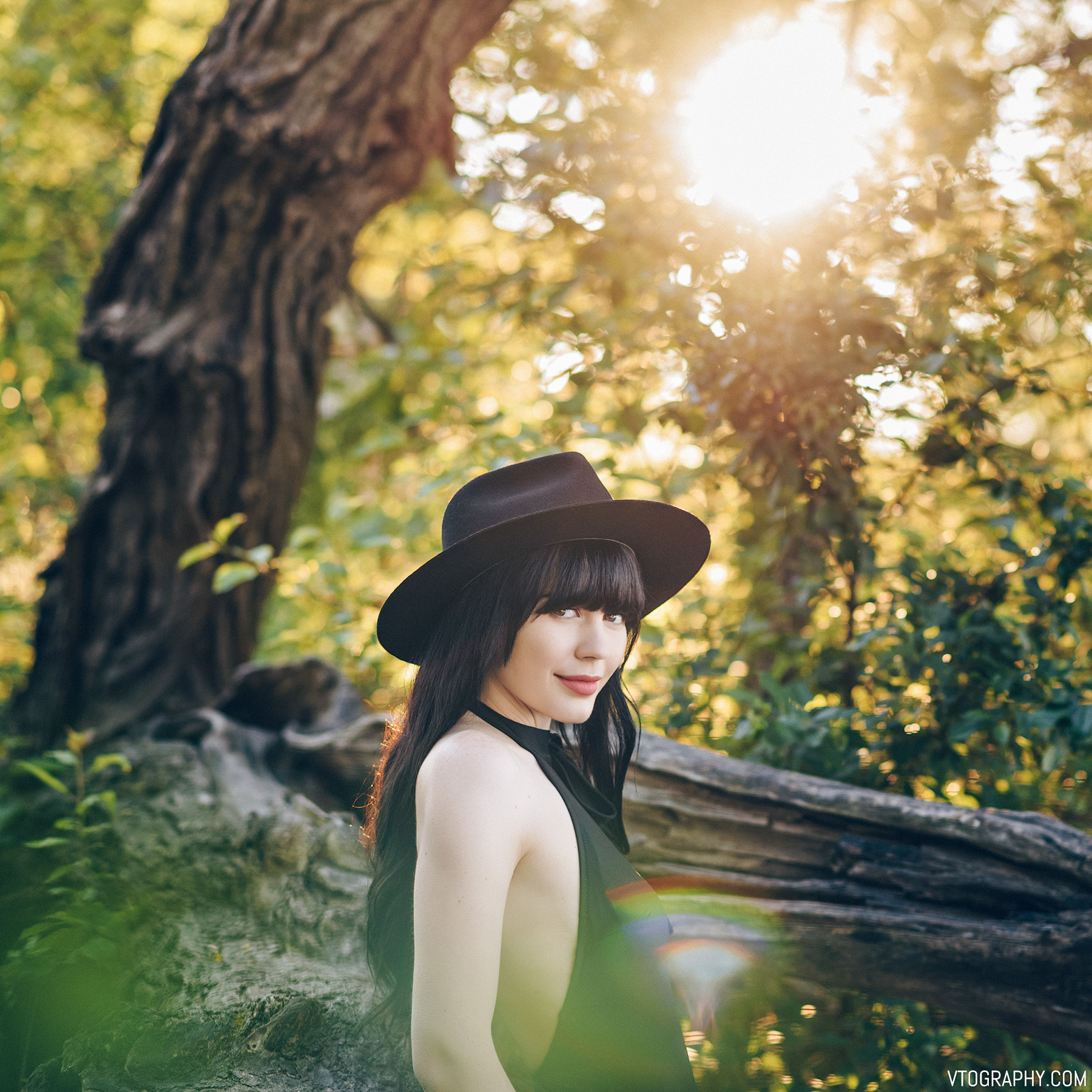 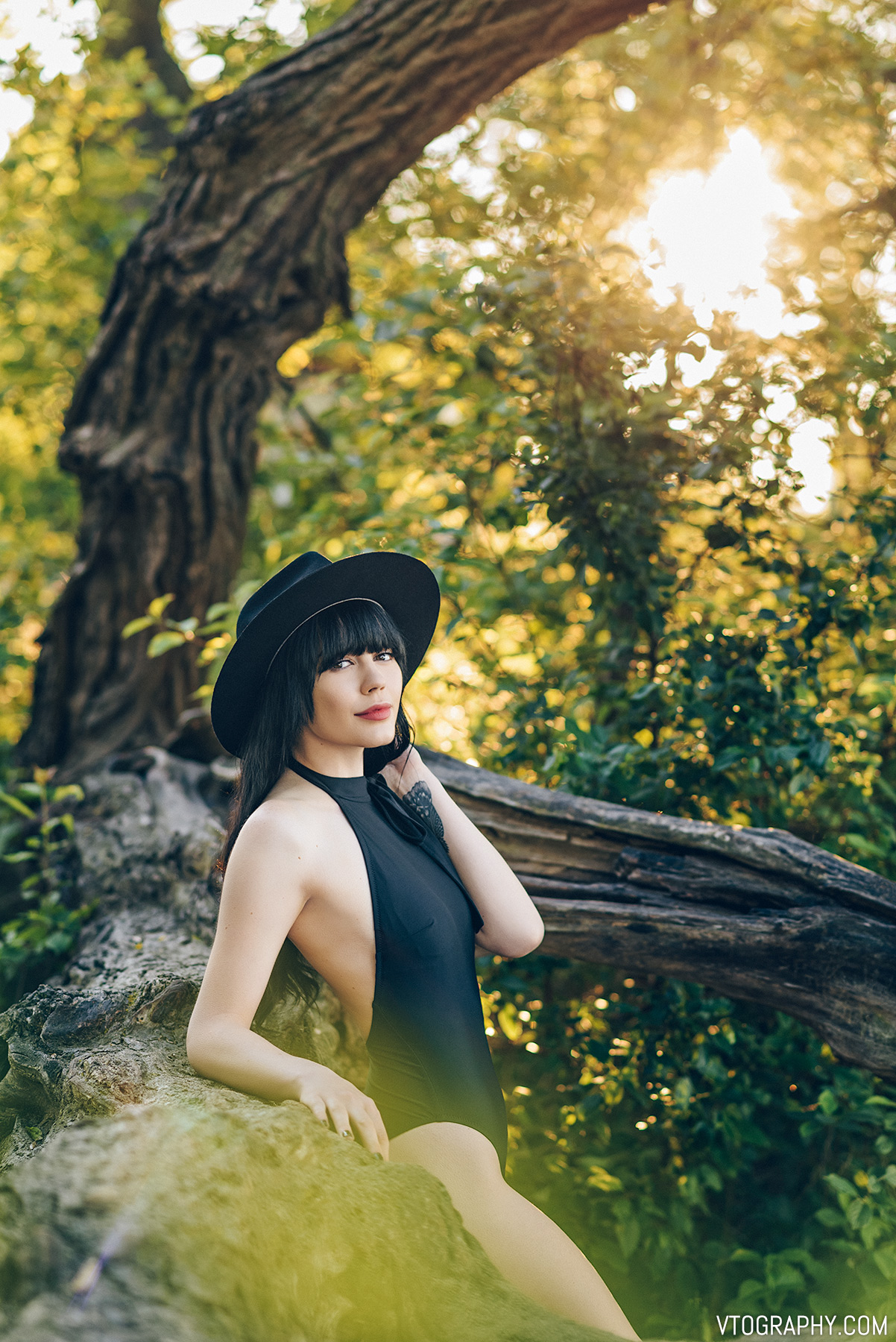 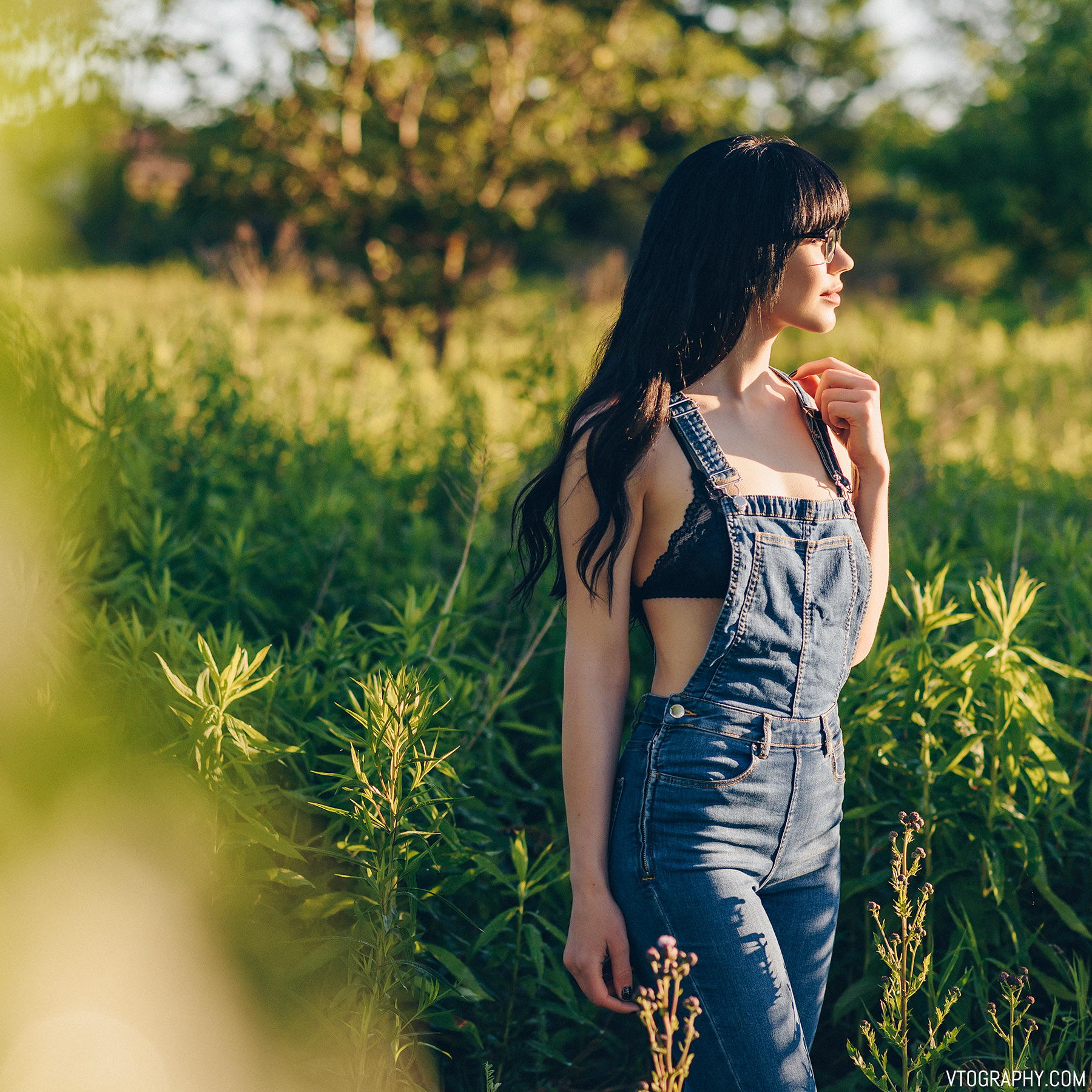 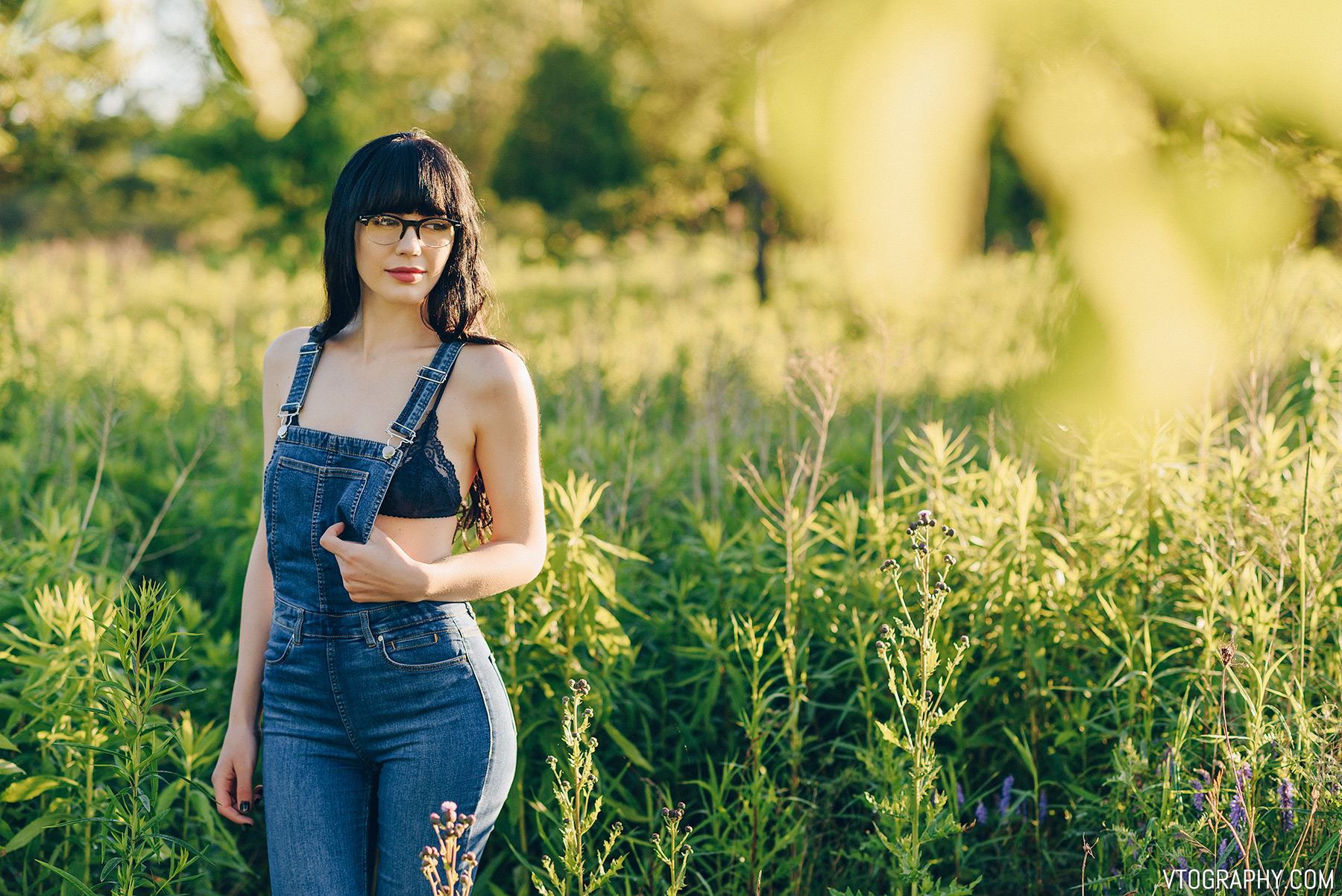 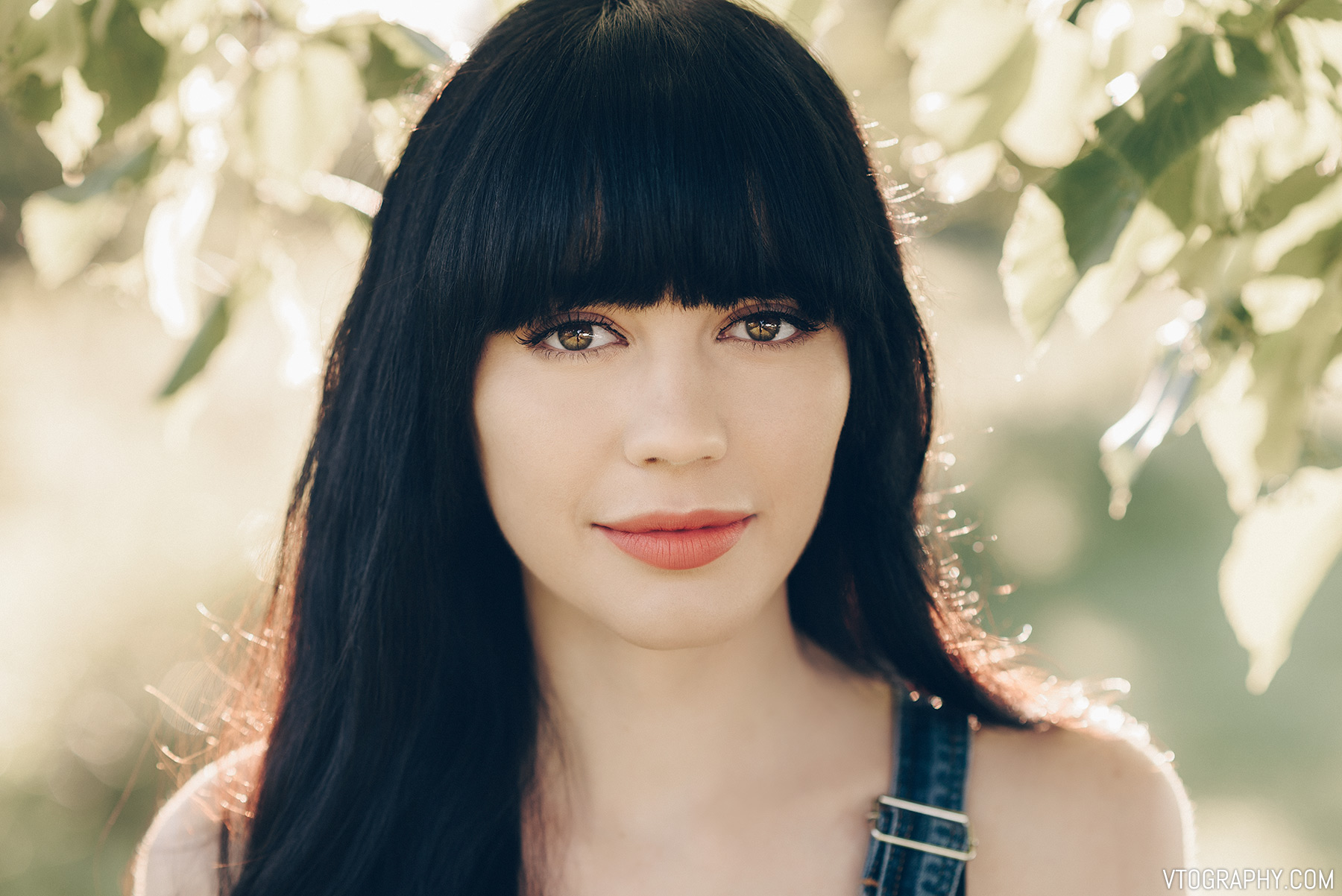 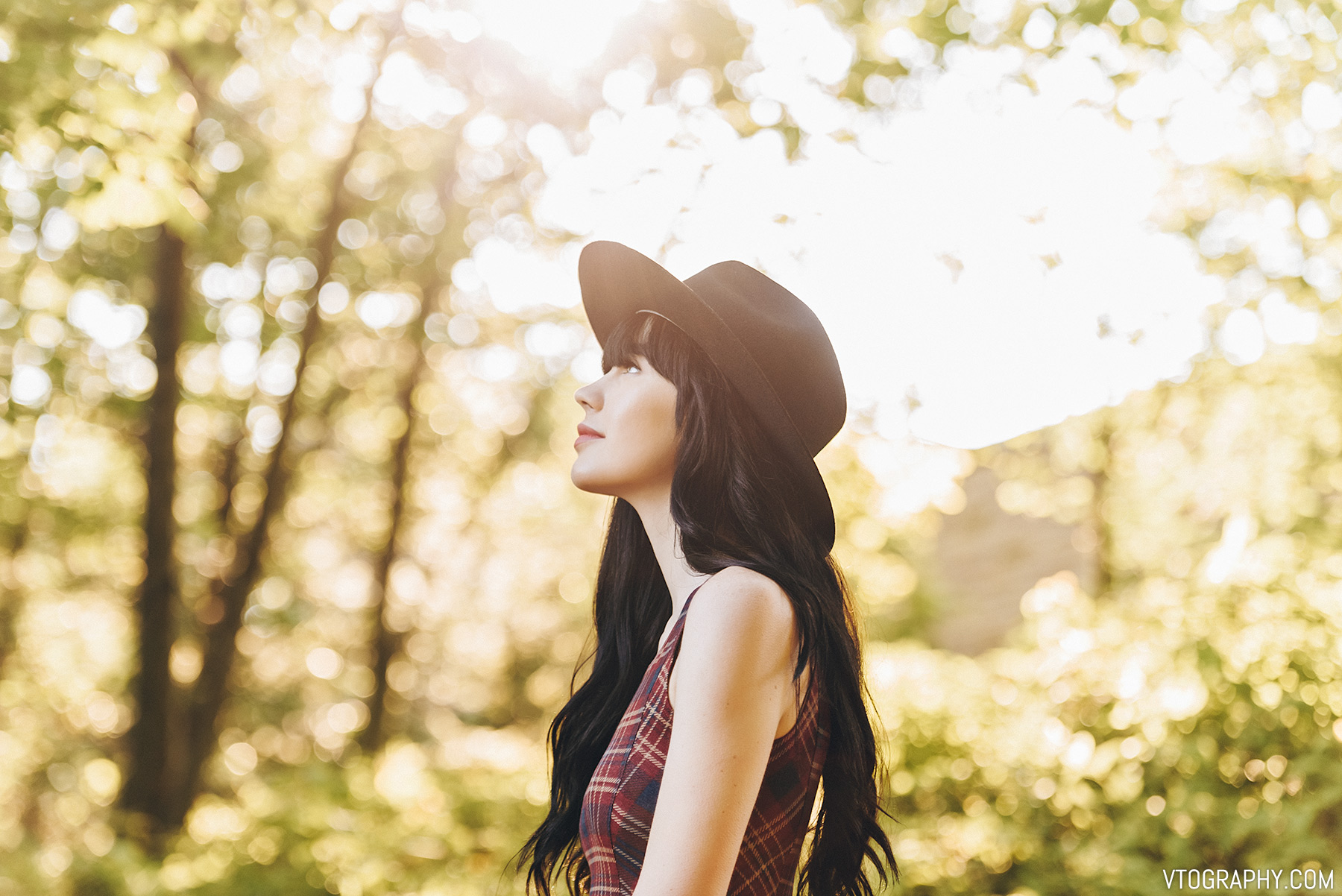 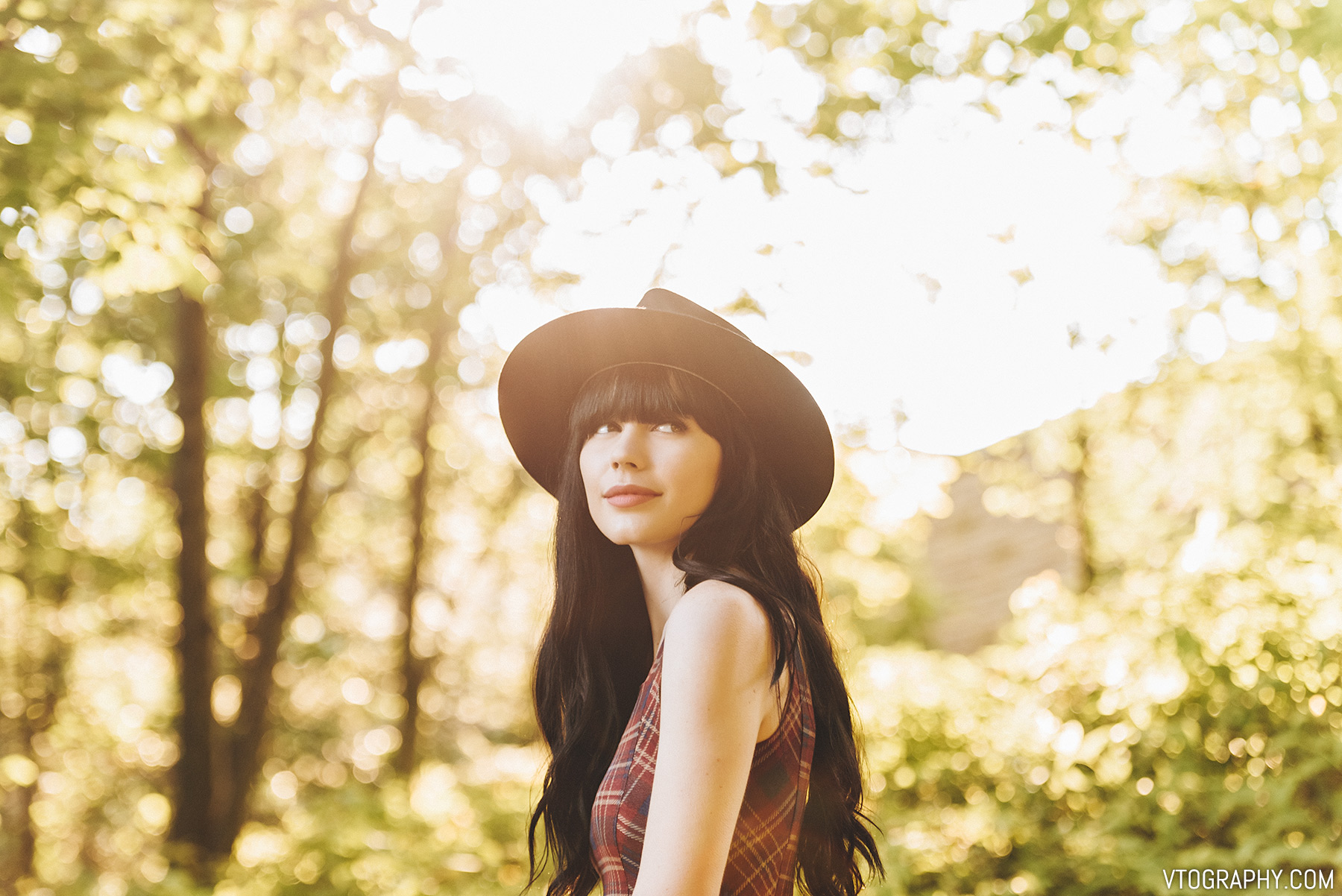