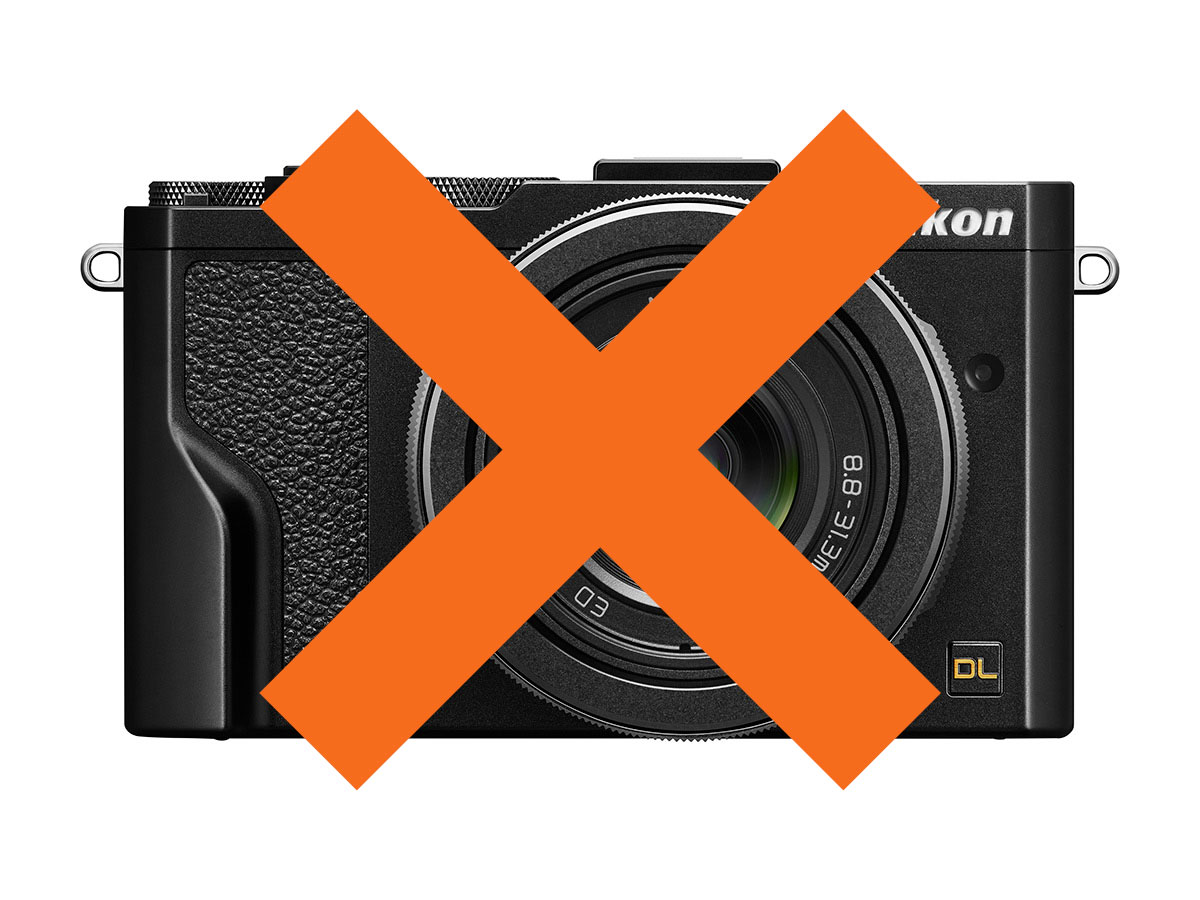 Nikon DL canceled! What?! Earlier today, Nikon announced the cancelation of the much-hyped Nikon DL series of cameras. The three Nikon DL cameras — DL 18-50, DL 24-85, and DL 24-500 — were deemed to be too costly to continue developing, after missing the target ship date of June 2016. I previously wrote about why the Nikon DL 24-85 might be the perfect companion for wedding photographers, so now some of the problems I thought the DL 24-85 could solve are in limbo.

Nikon DL canceled? It was a tough sell

In addition to runaway development costs, it seems Nikon also overestimated the market potential for cameras such as these. Even though I made a solid case for a working pro to have a Nikon DL in their bag, Nikon couldn’t rely solely on sales like this. Soccer moms weren’t going to buy Nikon DLs. The odd pro or hobbyist might have thrown one in a satchel for a hike or a vacation. But in a world where everyone has a cameraphone in their pocket and mirrorless camera options are small, lightweight, and offer endless variety, the Nikon DL was a tough sell.

This isn’t the first misstep Nikon has made in recent months. Nikon KeyMission, their GoPro-like series of action cameras, landed like a thud in the oversaturated action camera market. Too little, too late. Aside from being overprice and under-featured, Nikon entered an action camera market that matured and peaked long ago — even GoPro themselves have struggled lately to innovate and sell cameras, which has sent their stock price tumbling. Nikon would have been wise to cancel KeyMission too.

Where does Nikon go from here?

It’s hard to fault Nikon for wanting to diversify. They can’t survive forever with all their eggs in the DSLR basket. Where does Nikon go from here? Do they hop on the drone bandwagon? (No.) Refocus their efforts on pro video? (Can’t hurt.) Partner with a smartphone maker? (Should have happened circa 2010.) Exit the consumer market and rely on licensing their patents a la Kodak?

I don’t have the answers, but I don’t think Nikon does either.

What are the alternatives?

When I recommended the DL 24-85, it was mostly for its combo ability to be a macro solution and backup body. So with that solution no longer an option for me, I find myself in need of a macro lens for my DSLR. I could do worse than the Nikon Macro & Portrait Lens Kit, which for less than $500 USD snags me a competent 85mm Nikon macro lens (with VR!) and a 35mm ƒ/1.8 to boot. It’s unbeatable in terms of pure value, but sadly only available from USA retailers as Nikon Canada didn’t bother offering its Canadian customers this deal. (Not cool, Nikon.)

Though these lenses are made for DX bodies, they’re just fine on FX as long as you don’t mind a little cropping. Again, when considering price versus performance, this kit is an insanely good deal. Even when considering possible warranty and service issues (from buying out-of-country), I see no reason why anyone would buy these lenses separately in Canada when the deal from south of the border is so damn good.

I’m concerned about Nikon. Though they still make some top-tier photography equipment (D500 and D810 are both best-in-class, and my D750 is just stupidly good at everything it does), they seriously lag behind in other areas (mirrorless). I’ve tweeted about this previously: if Nikon doesn’t get their act together soon and at minimum keep up with the market, I’d have no problem exploring alternatives like Fuji or Sony. (But never Canon.) I’ve never been one to obsessively and continually switch brands (as so many mid-tier hobbyists do), but I’ll be watching Nikon closely to see if it’s something I need to consider.