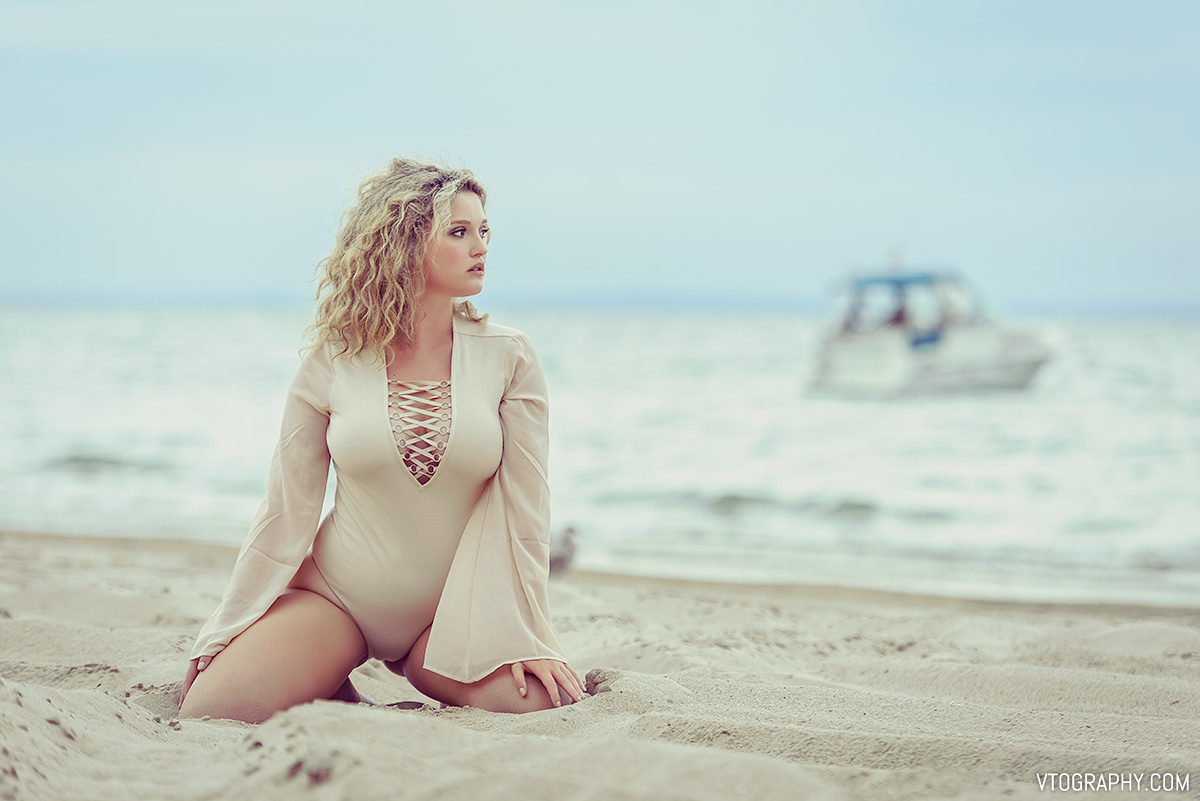 One super annoying thing about living and working as a photographer in a big city like Toronto is contending with the vast number of people who seem to be everywhere, all the time. This is especially true when trying to shoot in leisure and tourist hotspots around the city, like the city’s beautiful public beaches. Unfortunately, even the “quiet” beaches can get overrun with people during popular times, making it a challenge to have a distraction-free photo shoot. There are two ways to get around this: one is to get as far away from Toronto as possible, and the second is to shoot only when a deterrent exists. Hello, Mother Nature! Want to guarantee you’ll have an empty beach for a photo shoot? Pick a day with rain in the forecast and watch the crowds stay far away.

For my recent photo shoot with my curvy friend Scarlett (scroll down to see the gallery), I put both of these tactics into practice. We shot on the shores of Nickel Beach, Lake Erie, Ontario (near Niagara Falls, about 150km south of Toronto) on a day that was initially projected to be stupidly hot and sunny but ended up being quite stormy. Early in the day when it was sunny and over 40°C with the humidex, we had set out to hit up a beach on the Lake Ontario side, but it started pouring rain the second we got there. After waiting out the storm and scouting the location, it looked like more bad weather was on the way judging by the approaching dark clouds. So we headed south to the Lake Erie shore, where there is often a night-and-day difference in weather compared to the Lake Ontario side. Indeed, we were greeted by sunny skies but those same dark clouds had seemingly followed us to Lake Erie, ensuring the sun wouldn’t last long. Sure enough, by the time we parked and setup on the beach, the sun was mostly gone. Luckily, no rain though. And Lake Erie was crazy warm! While Lake Ontario tends to stay pretty chilly all summer long, Lake Erie is downright soupy in temperature.

In addition to warm water, Nickel Beach also has much finer and softer sand than any of the beaches in Toronto, not to mention the ability to wade out quite far into Lake Erie (it’s very flat). My ideal beach!

I purposely traveled somewhat more lightly than usual for this shoot, carrying all my gear in nothing more than a Lowepro Transit Backpack 350 AW (Amazon). The main reason I love this bag is that it can easily fit my Nikon D750 FX DSLR Camera (Amazon) and Meike MK-DR750 Battery Grip (Amazon) with Nikon 70-200mm FX ƒ/2.8G ED VR II AF-S Zoom Lens (Amazon) attached — and two different orientations at that! It can be top-loaded or side-loaded in either of the bag’s compartments. I usually side load in the lower compartment, which still leaves enough room in the lower area for two additional lenses (primes like the Nikon 50mm FX ƒ/1.4G AF-S Lens and Nikon 85mm FX ƒ/1.8G AF-S Lens), and a large flash like the Nikon SB-910. The entire top compartment is then free to hold various accessories, a jacket, a water bottle, or whatever else I might need. The Lowepro Transit Backpack 350 AW is also the most comfortable backpack I’ve ever owned, and I’ve had several (the worst being my Case Logic KDB-101 Kontrast Pro Backpack, which holds a ton of stuff but is an ergonomic abortion).

No strobes, stands, reflectors, or other nonsense here. Just a camera and a couple lenses. And a few Zeiss Wipes in case of any lake accidents.

As for Scarlett, this was her first time in front of the camera and she nailed it. We had talked about working together for many years and we finally made it happen. Here’s what Scarlett had to say after seeing her images:

“Oh my god Ryan these are beautiful 😢. I can’t believe these are me! I am so happy this finally came to fruition. This has been a long time coming and it was such a huge deal for me, so thank you.”

The late afternoon light coupled with the clouds gave us some very soft light to work with until the sun broke through a bit at sunset. I used three distinct looks in post processing:

I’ve been experimenting a lot lately with some Lightroom Presets courtesy of Nathan Johnson and Samuel Zeller, which helped bring about some of the images you see here.

Shop for this gear on Amazon: 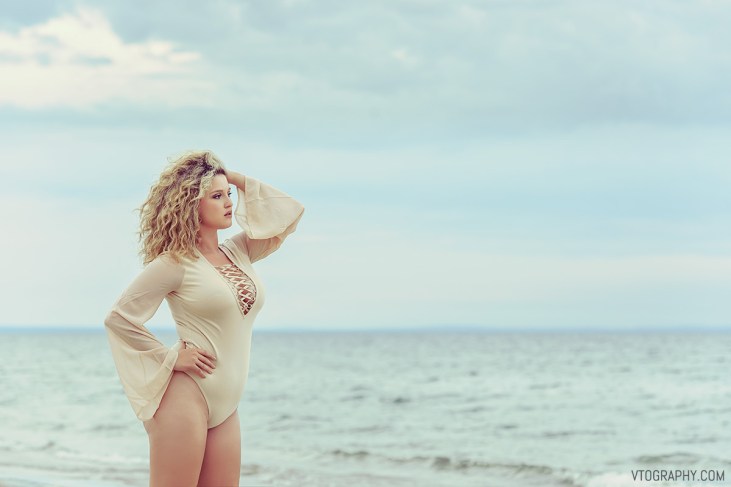 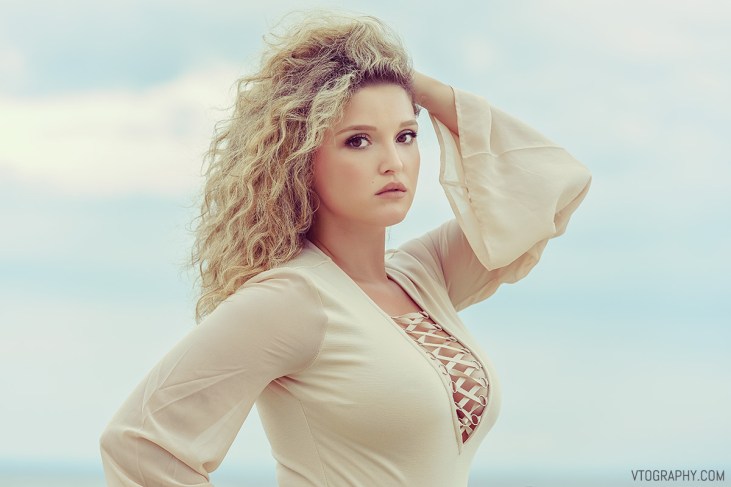 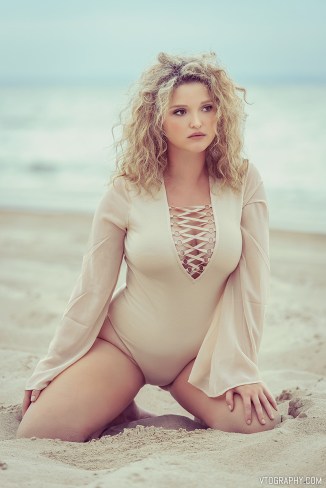 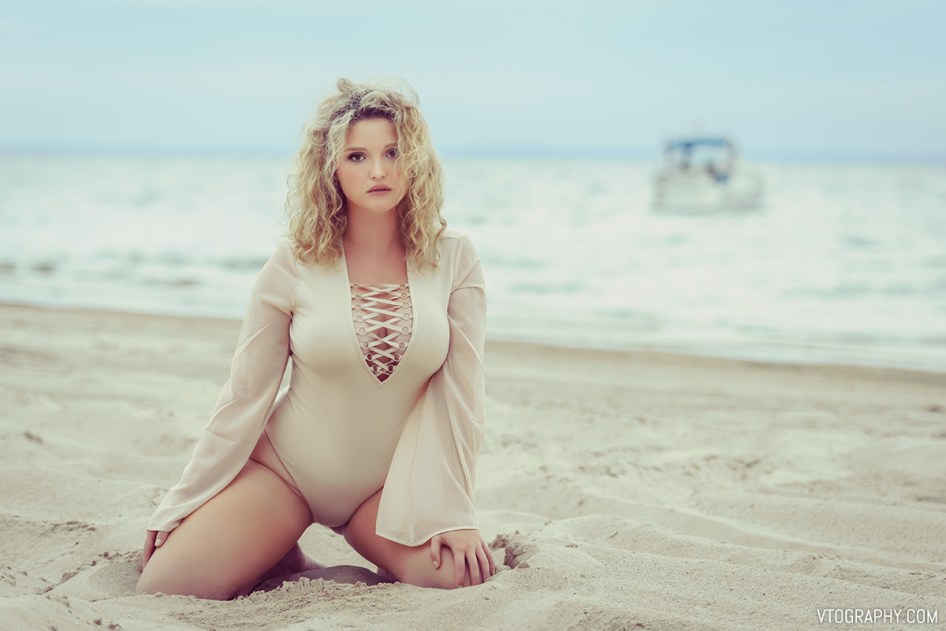 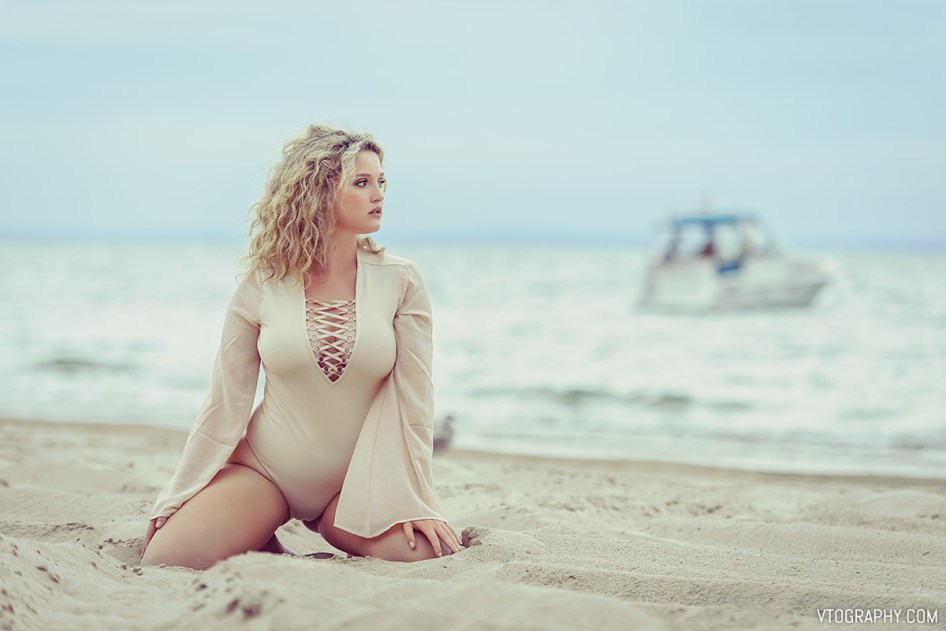 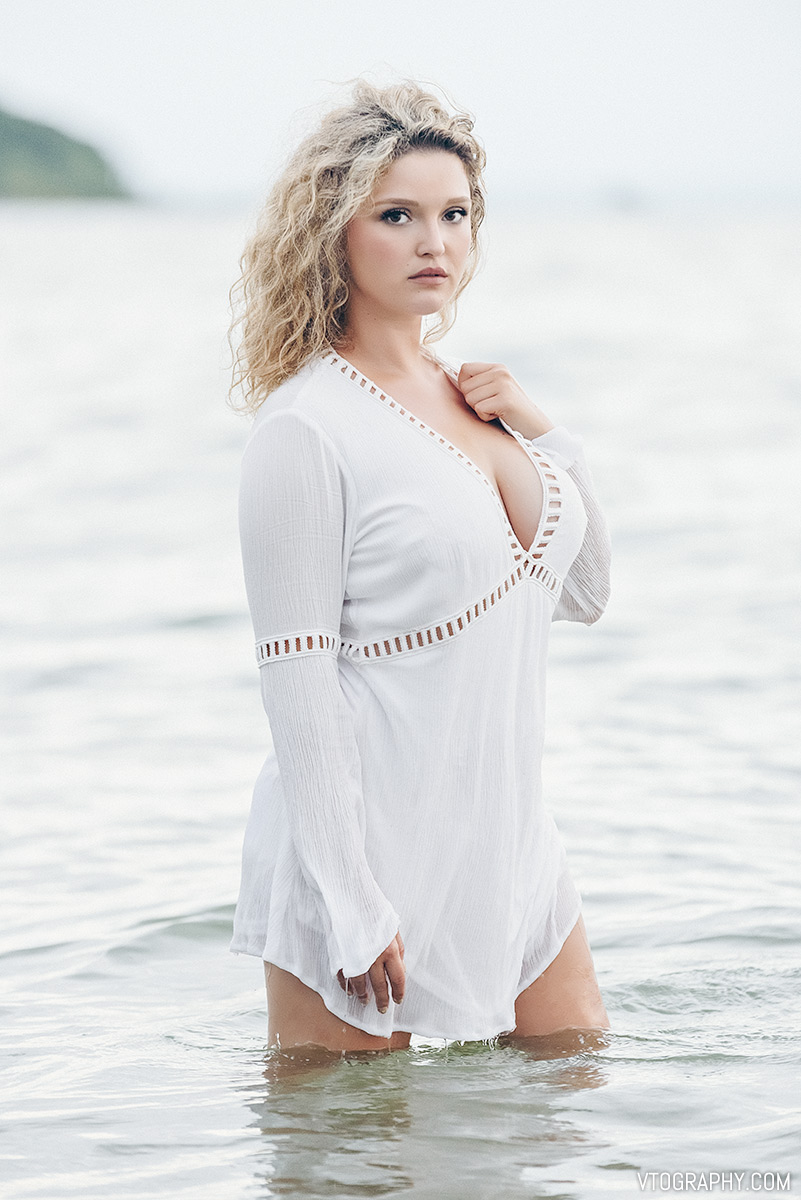 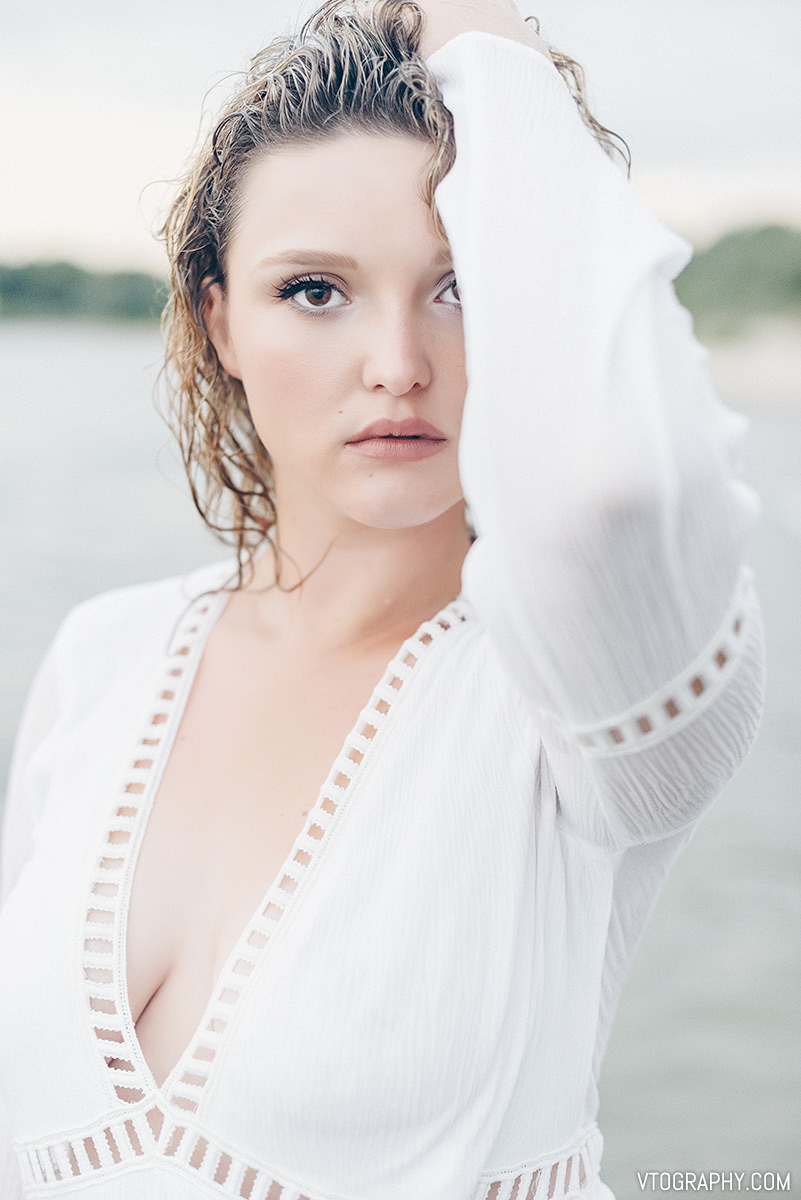 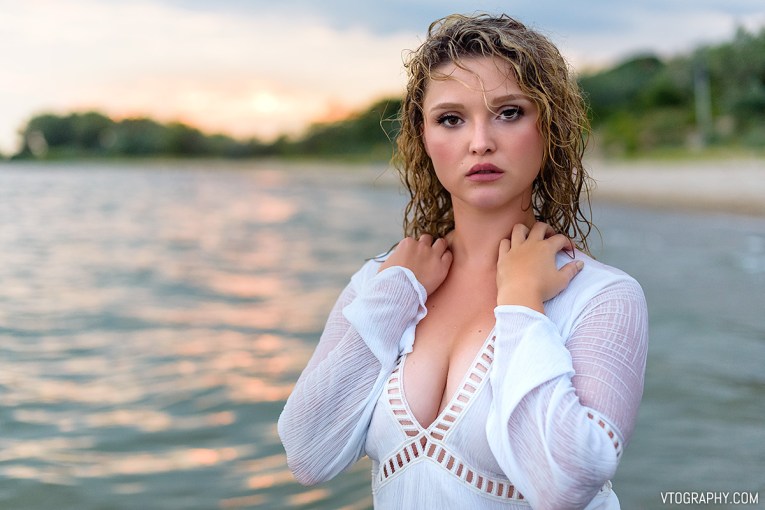 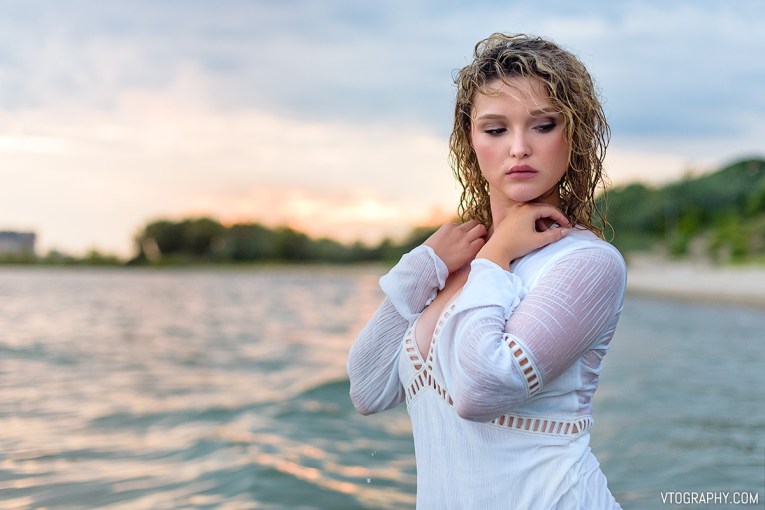 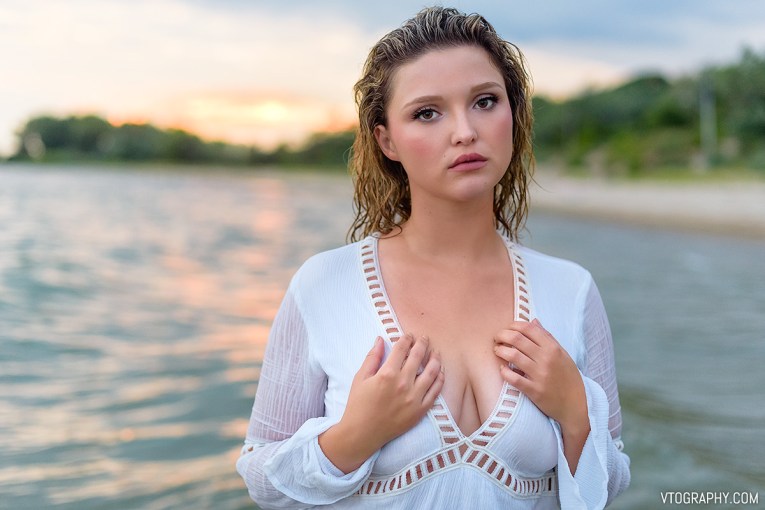 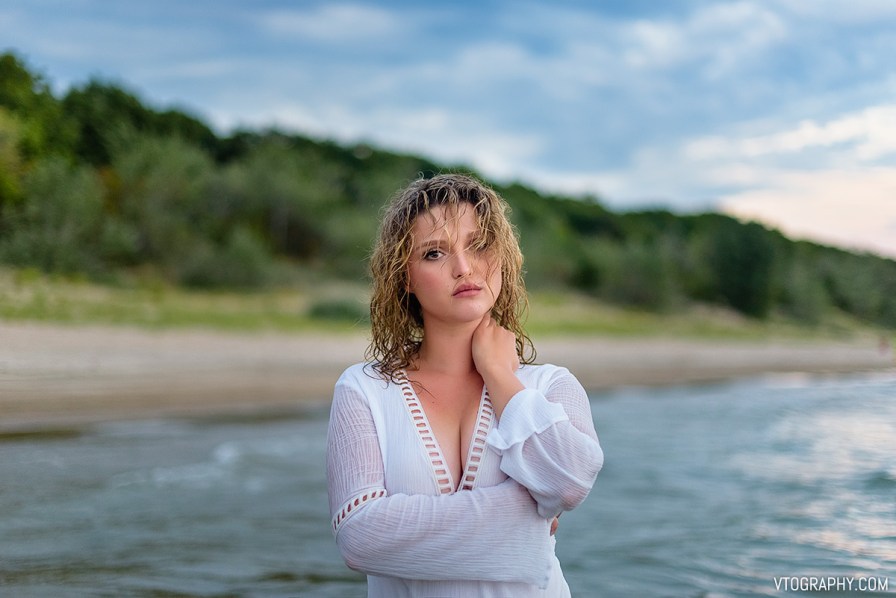 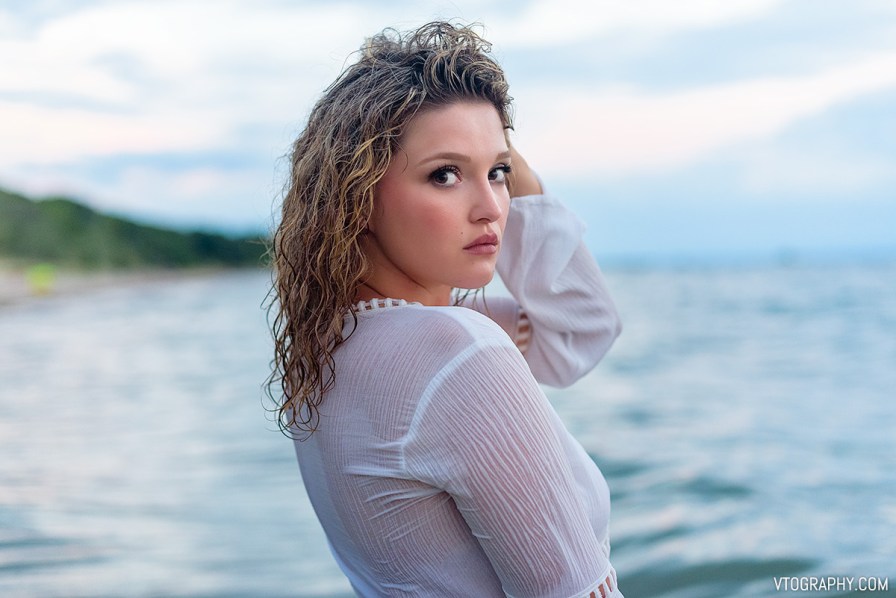