Last month I was tasked with shooting a series of images for Femme Fatale’s latest promo model recruits. Over the course of two days, over a dozen new faces graced my camera with the goal of getting some great shots to show off to Femme Fatale’s enormous, high-profile list of clients.

Don’t know about Femme Fatale yet? They’re Canada’s leading event staffing agency who have worked with the likes of MTV, Calvin Klein, Warner Bros., Playboy, Sony, and Budweiser to name a few.

We budgeted an hour for each model, which was enough for shooting three looks/outfits at about 15 minutes per outfit. This also gave us a small buffer for lighting adjustments and for any unforeseen circumstances. There were a handful of basic lighting setups that I used throughout the shoots, with some minor variations here and there:

Setup 1: A two-light setup with one light in front to illuminate the model and one in the rear for rim lighting

Setup 2: A two-light setup with one light in front illuminate the model and one in the rear (visible in the camera frame) to provide a colourful light flare

Setup 3: One light plus reflector for tight portraits

Setup 4: A single narrowly-focused light to keep the model lit without spilling on to the background

You can see some samples below which I’ve labeled accordingly — unfortunately not every lighting setup described above is represented below.

As you can see, I relied mostly on the Einstein and 22″ Beauty Dish as my main light source. I like a beauty dish as a main (over softboxes) for one primary reason: it’s incredibly easy to swap attachments on the face of the dish. Going bare, diffused, or gridded is only a matter of seconds to slip them on and off. This is in contrast to a softbox where the task of adding a grid is not quick or easy – fiddling with fussy velcro is not something I want to be doing during a shoot.

These lighting setups were mixed and matched with three different background types:

There was no real rhyme or reason for each setup — I just went with what felt right and looked good in the moment, based on the model’s overall look and wardrobe choices.

Nikon’s stellar 85mm FX ƒ/1.8 lens was my workhorse for these sessions, capturing over 80% of the shots.

Click images of the Femme Fatale models below to enlarge 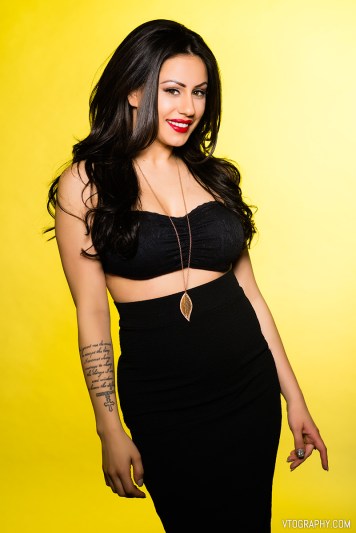 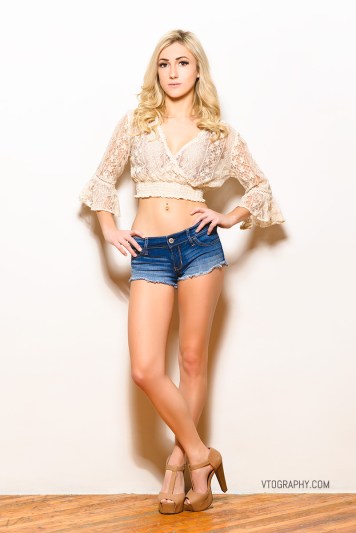 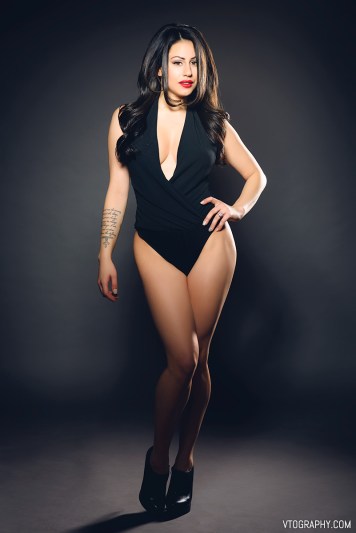 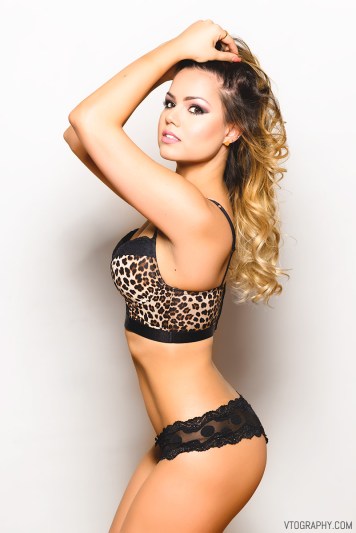 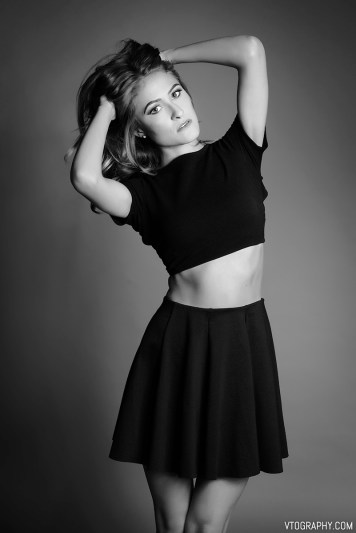 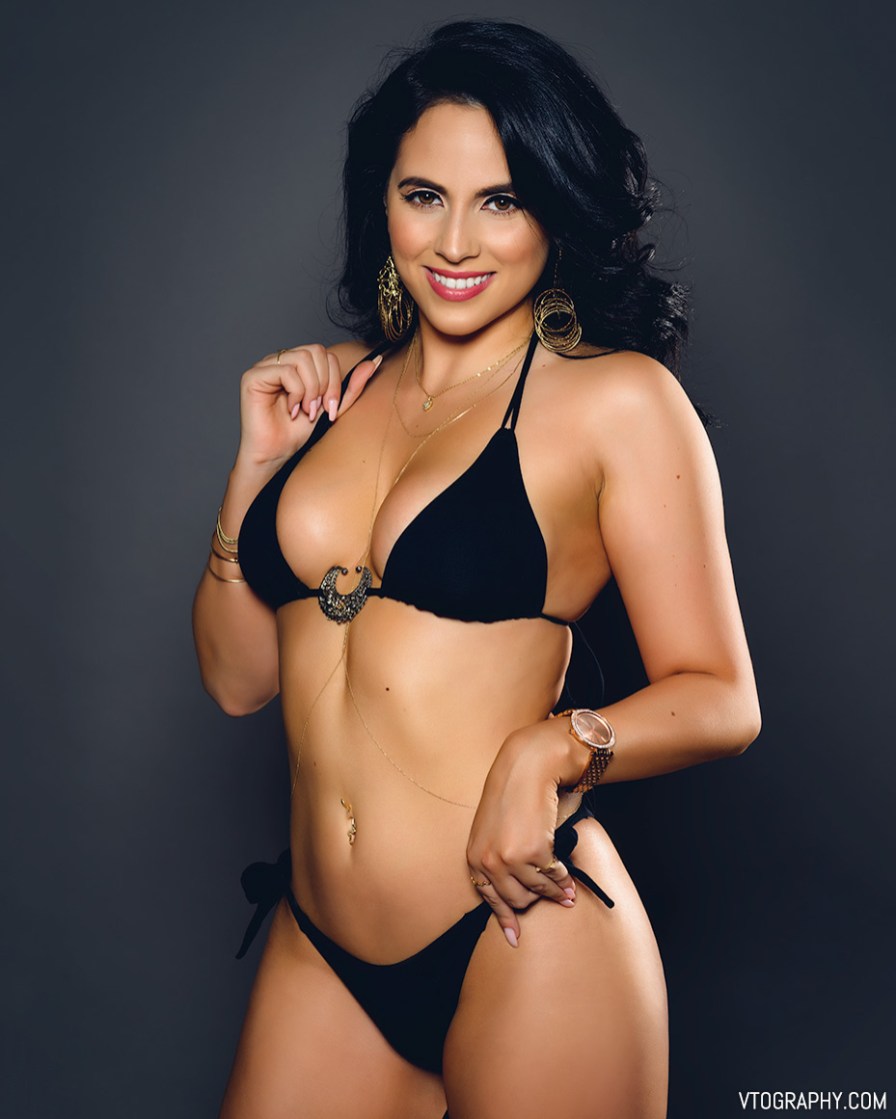 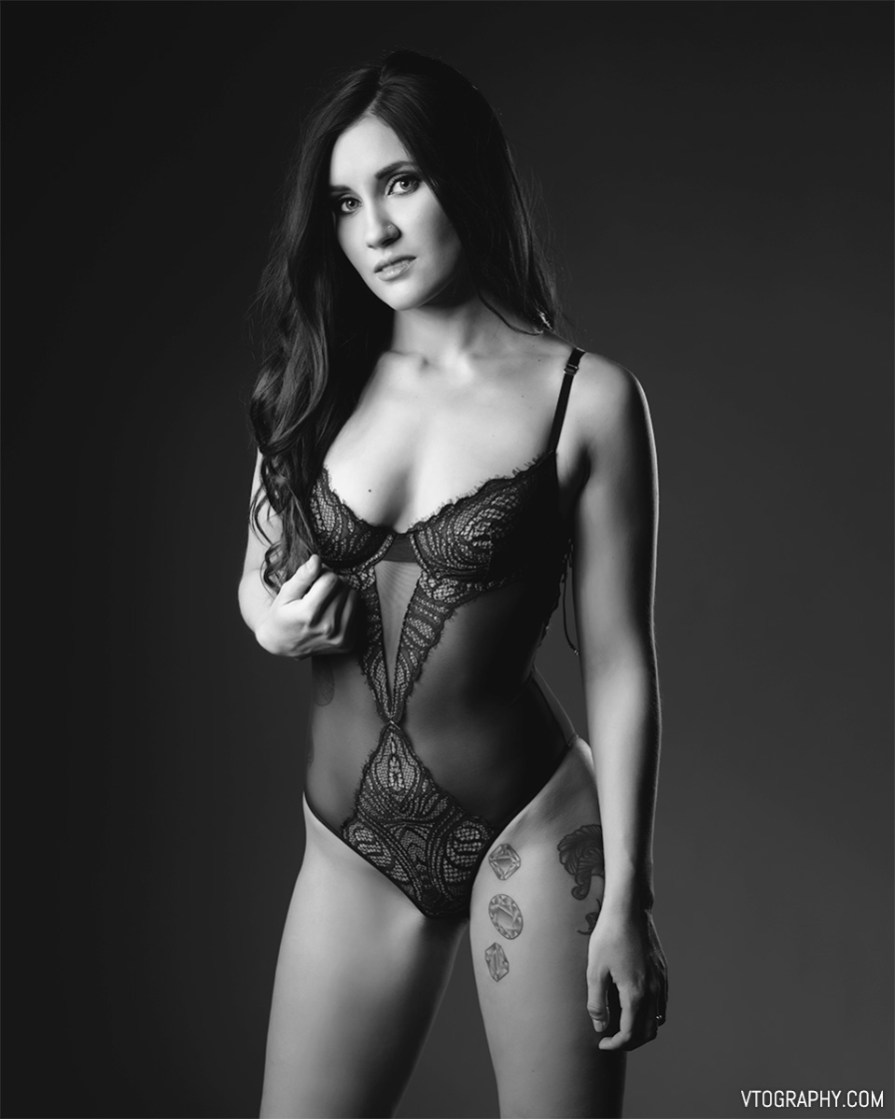