About a week after this happened, my friend Ashley and I hit the beach again to try our hand at some bikini beach sunrise photos. We chose a different Toronto beach the second time and luckily we were left alone (despite the presence of another maintenance worker pruning the beach). We got off to a brisk 14°C start, but it slowly got warmer as the sun rose higher.

Sunrise is simultaneously my favourite and least favourite time to shoot. Waking up at 4:30am is no fun at all, no matter how much sleep you got the night before. But the light is unquestionably fantastic most summer days, and the complete lack of people awake at that hour (aside from a few dog walkers) allows for unencumbered shooting.

Although we were originally planning on having Ashley get in Lake Ontario for some of these photos, upon arriving we discovered a shallow pool on the sand, left behind by a recent rainstorm. As a bonus, it was much, much warmer since it was so shallow and also offered up nice reflections since the water was so still (no waves, and only a slight breeze rippled the water). Since the sand on Lake Ontario shores tends to be pretty coarse and brown, not the fine white stuff you see down south, it helped that the shallow pool obscured it.

The first two bikini beach sunrise photos in the gallery below were shot with the addition of a slight bit of flash, courtesy of an on-camera Nikon SB-900 and a Godox External Flash Power Pack for quick flash recycle times. I rarely shoot flash on-camera in situations like these, but I just needed a quick bit of illumination on Ashley since the sun was behind her. A few minutes later, the sun’s brightness had amped up quite a bit, and I was able to shoot Ashley comfortably without the flash, even as she kept her back to the sun. 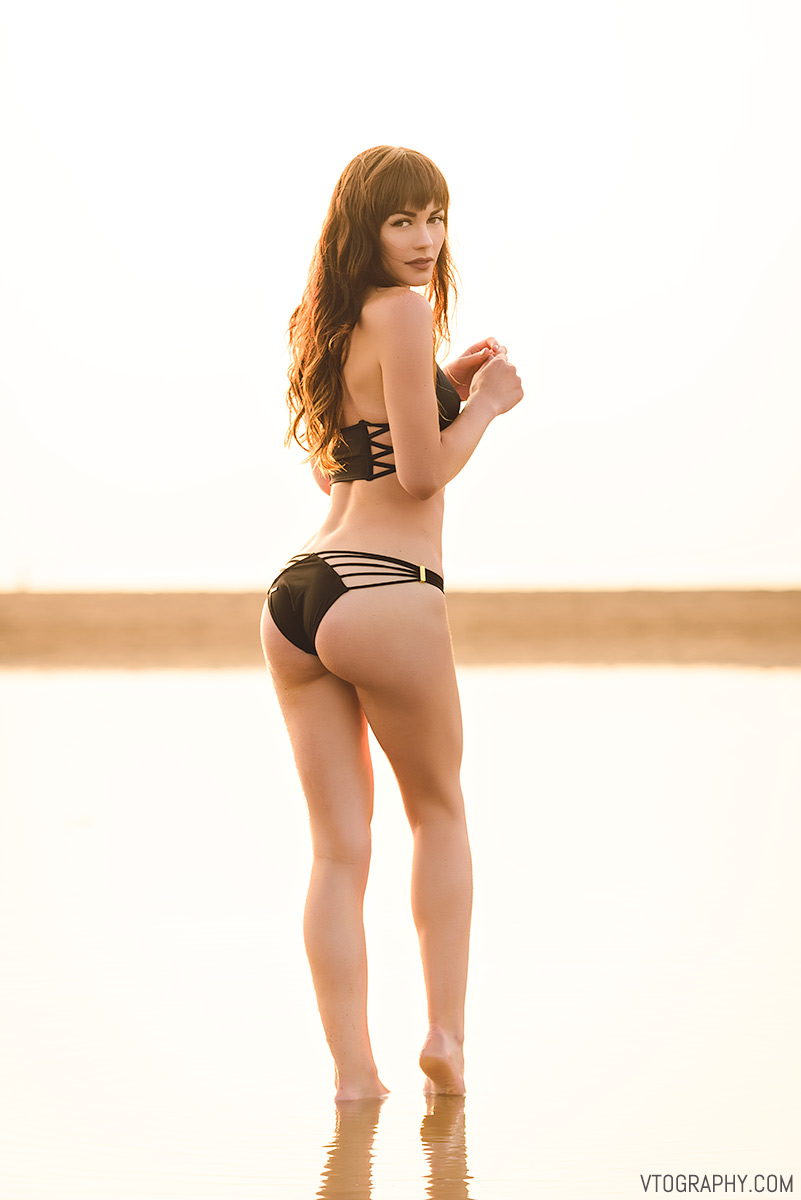 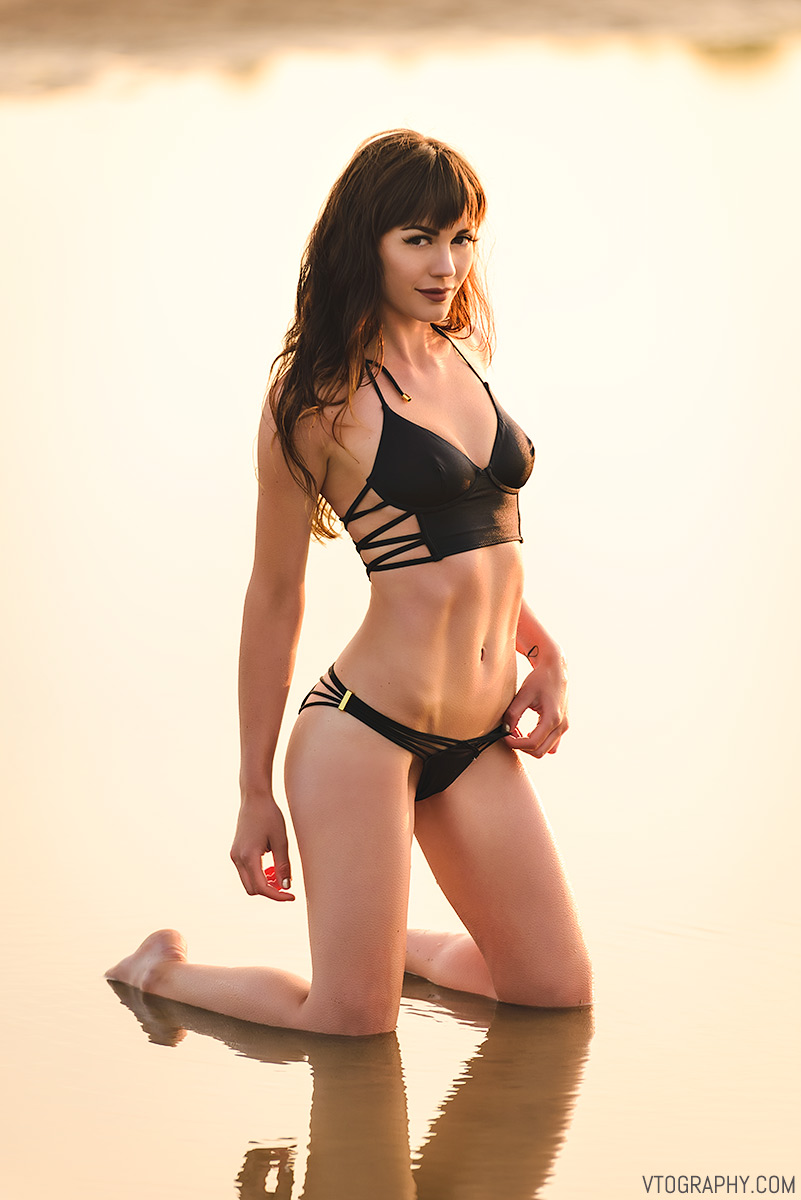 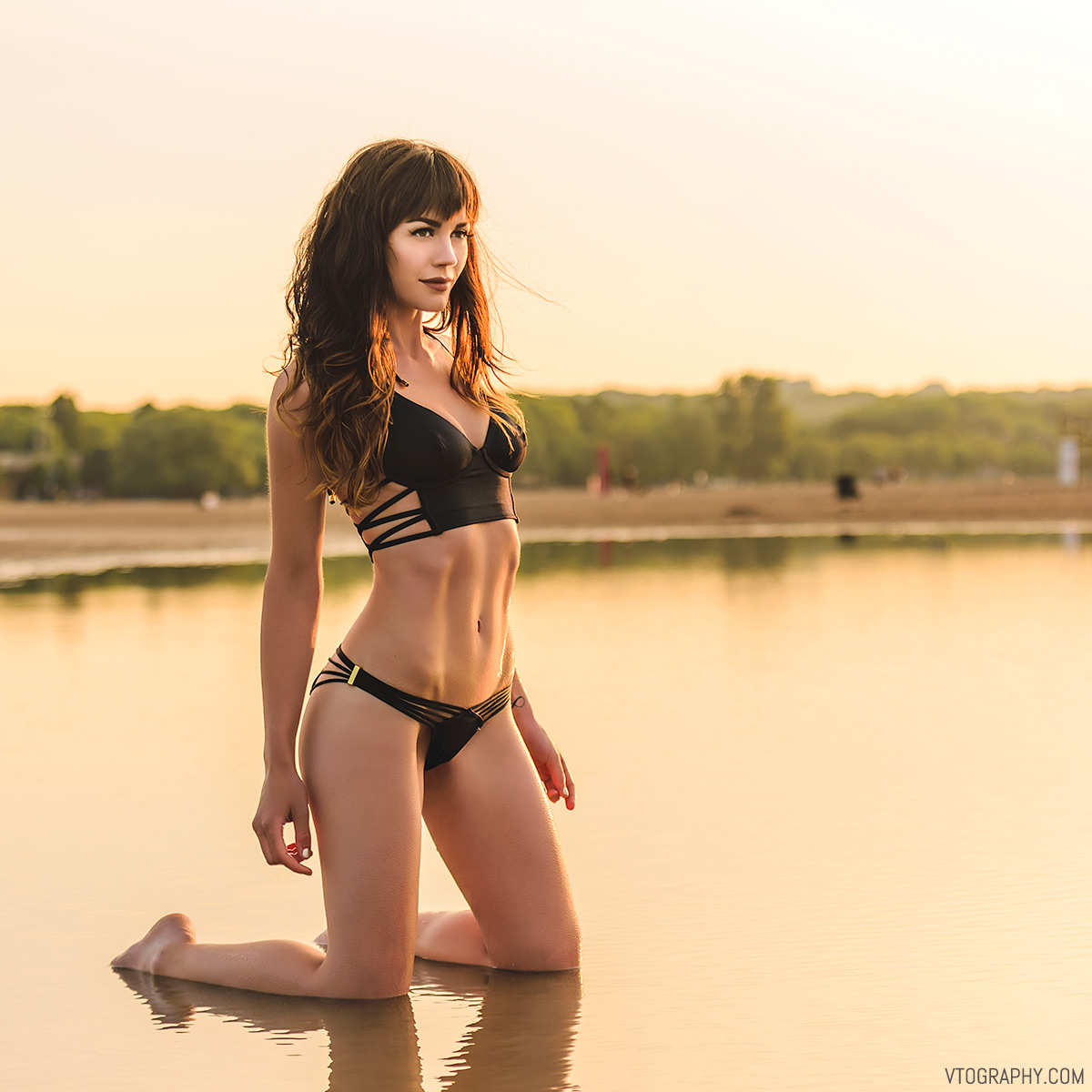 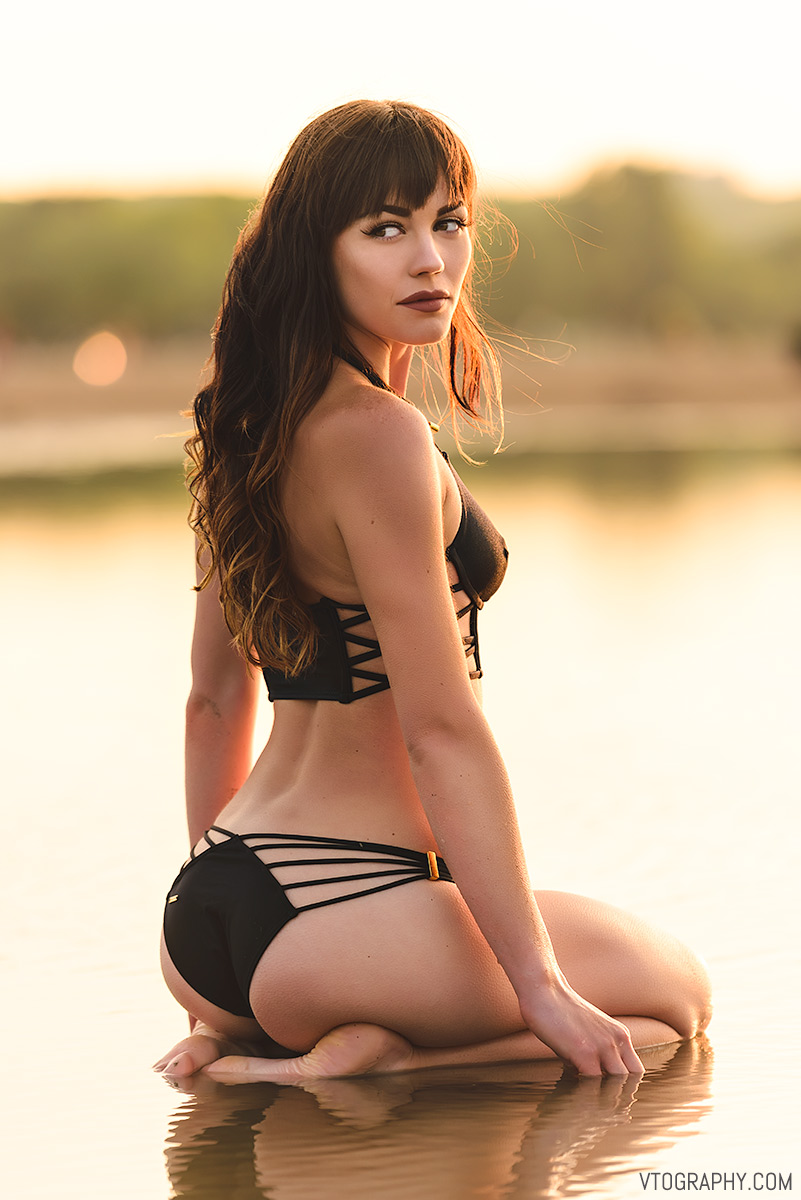 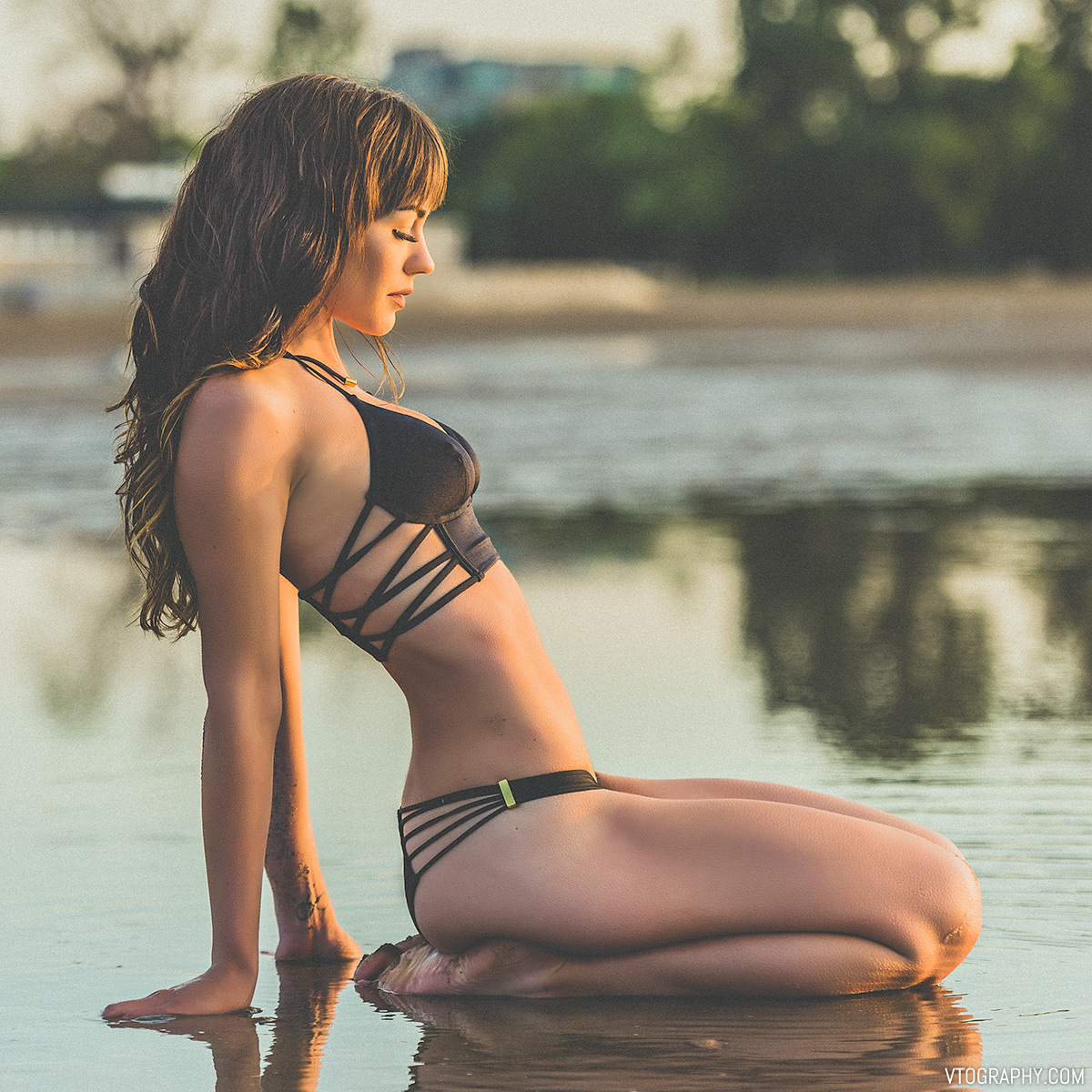 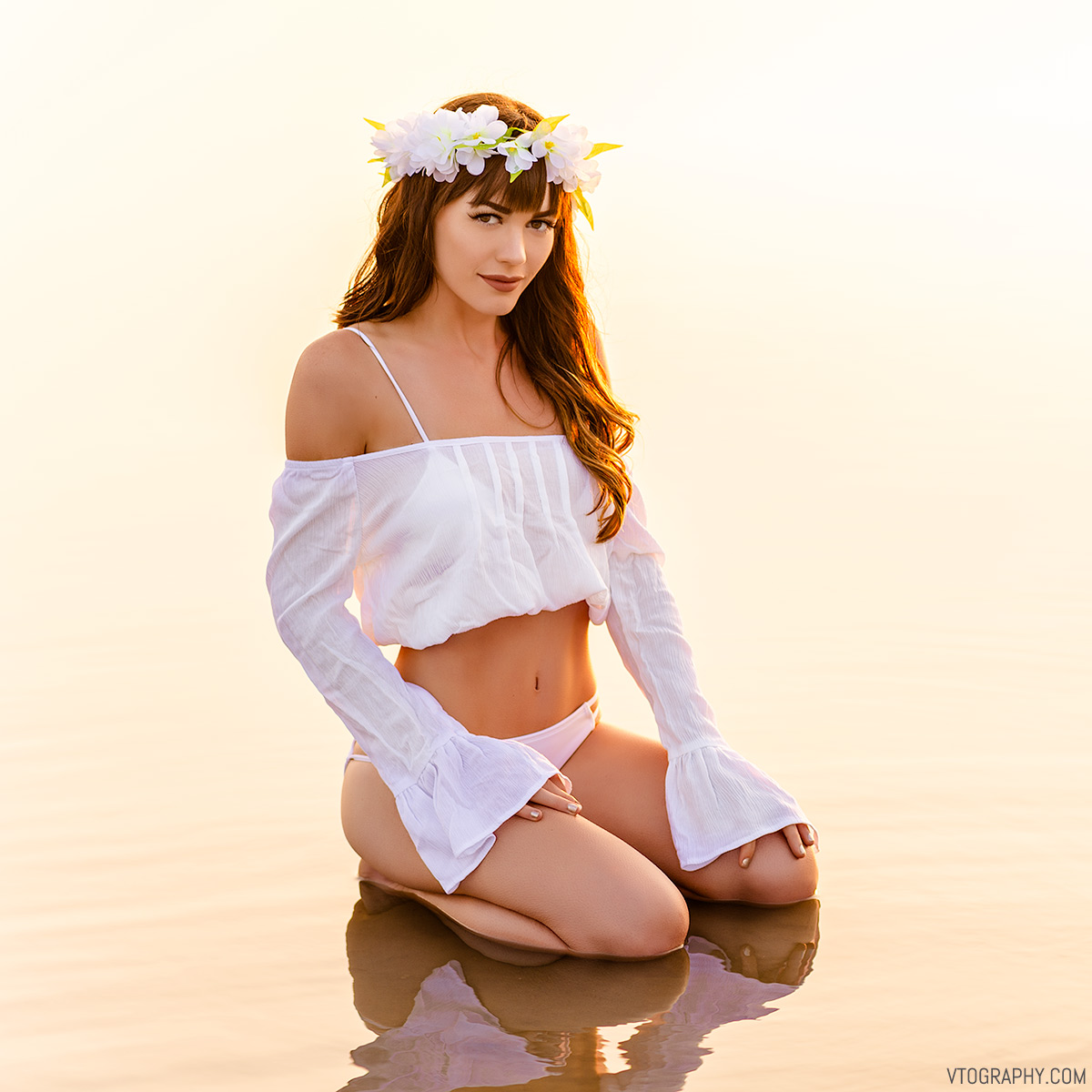 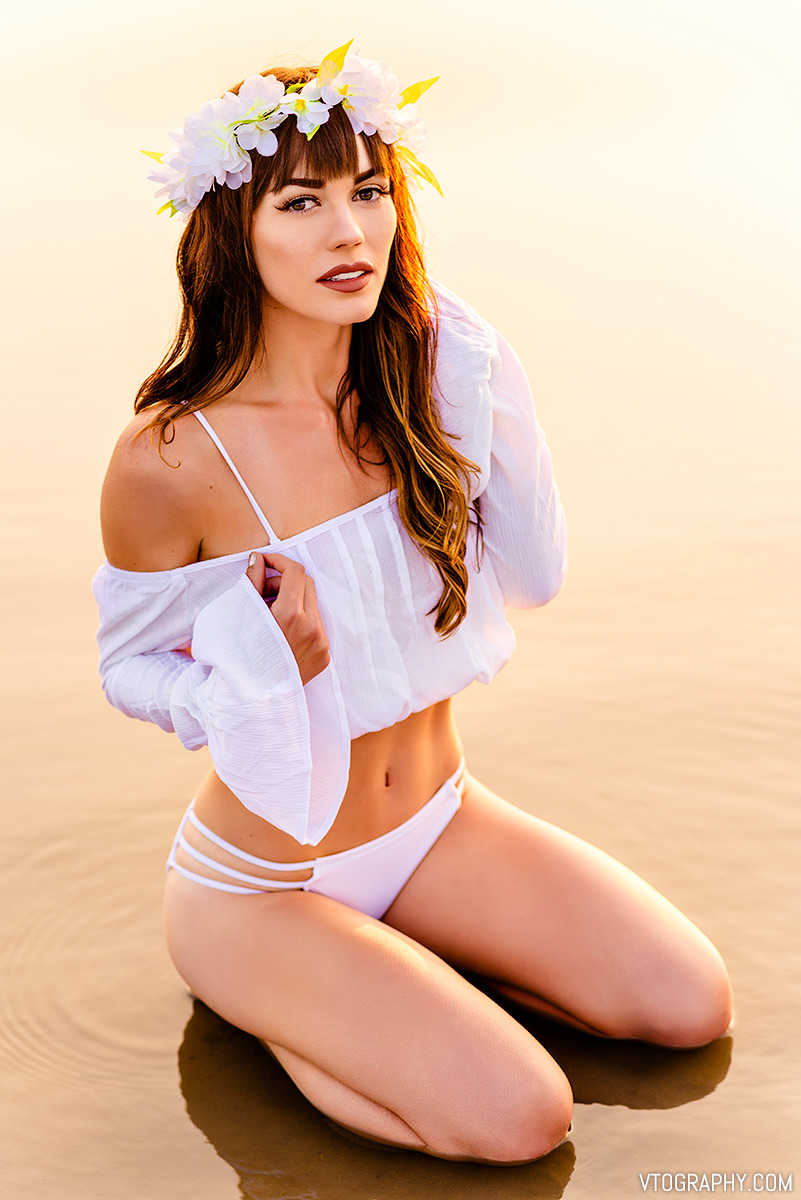 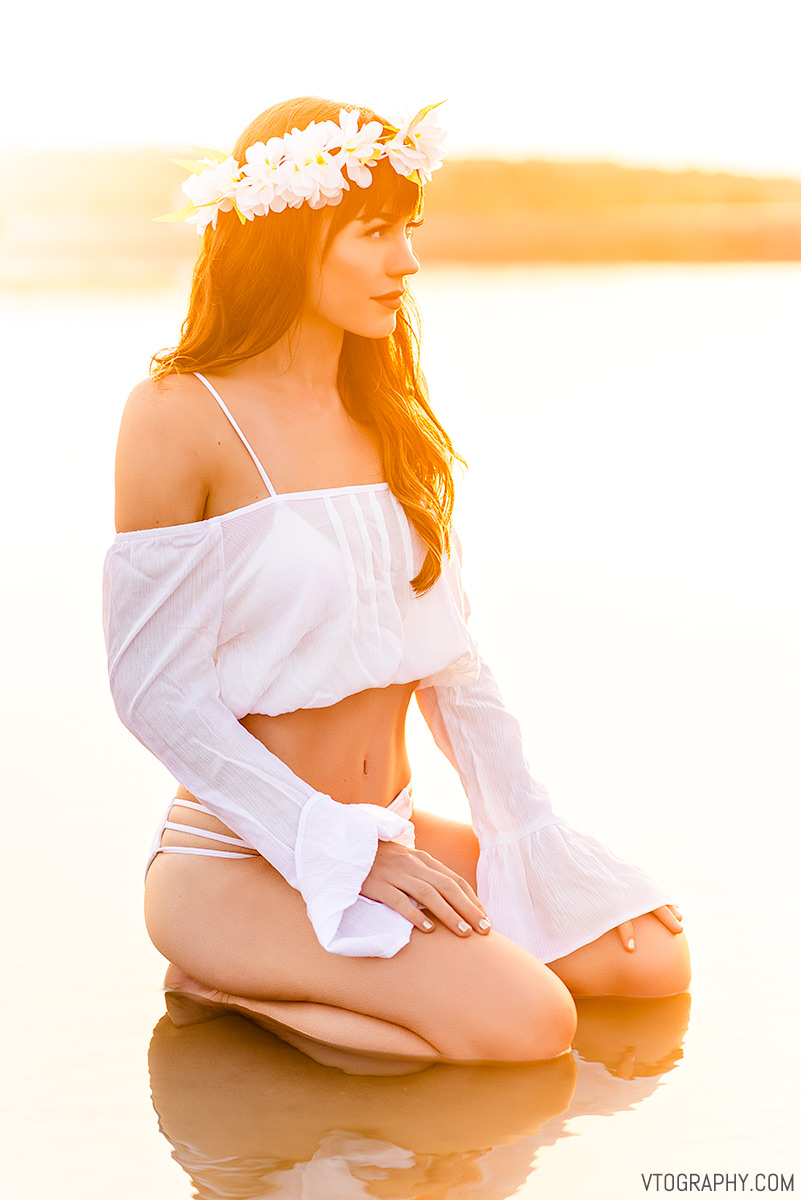 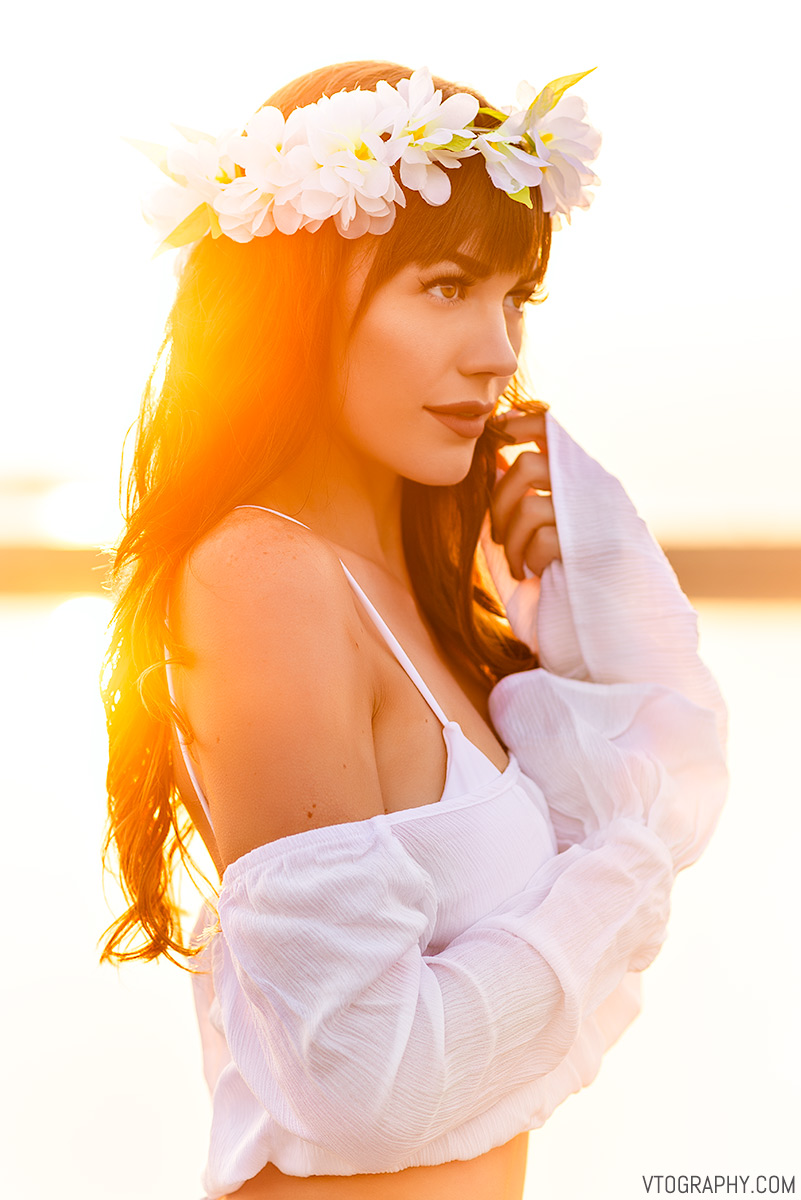 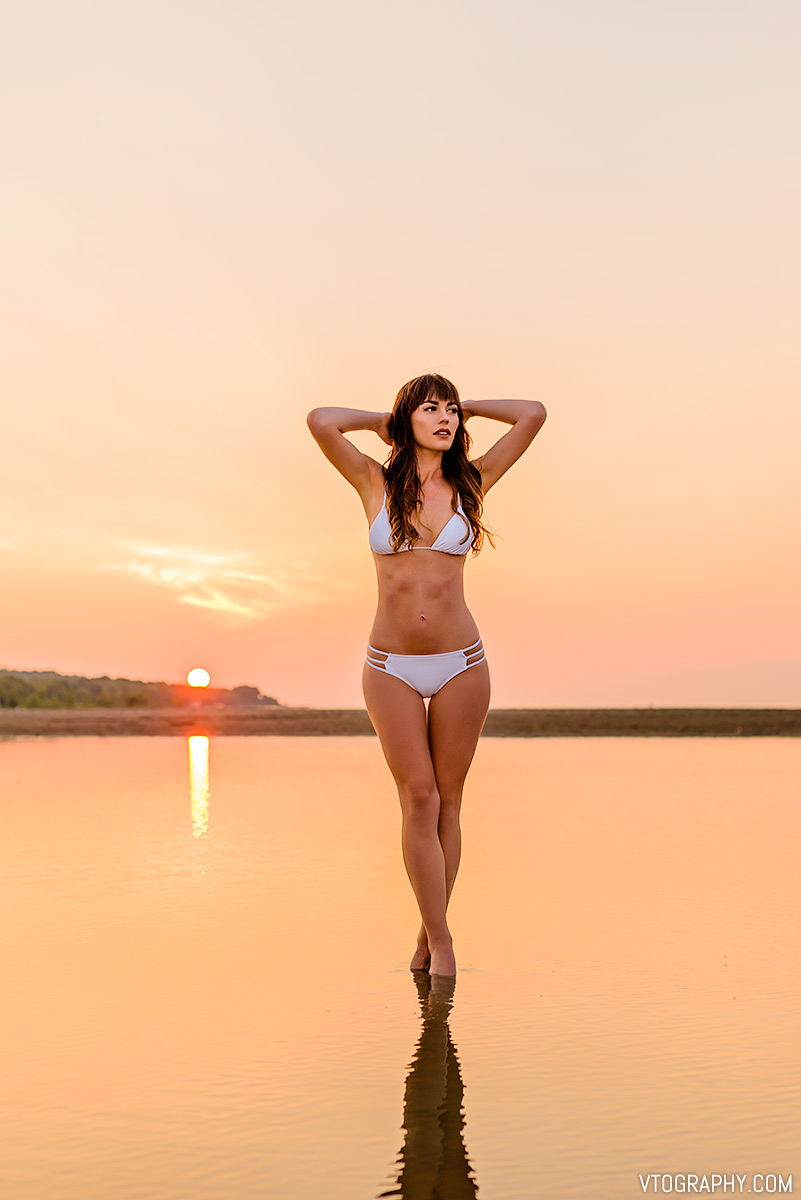 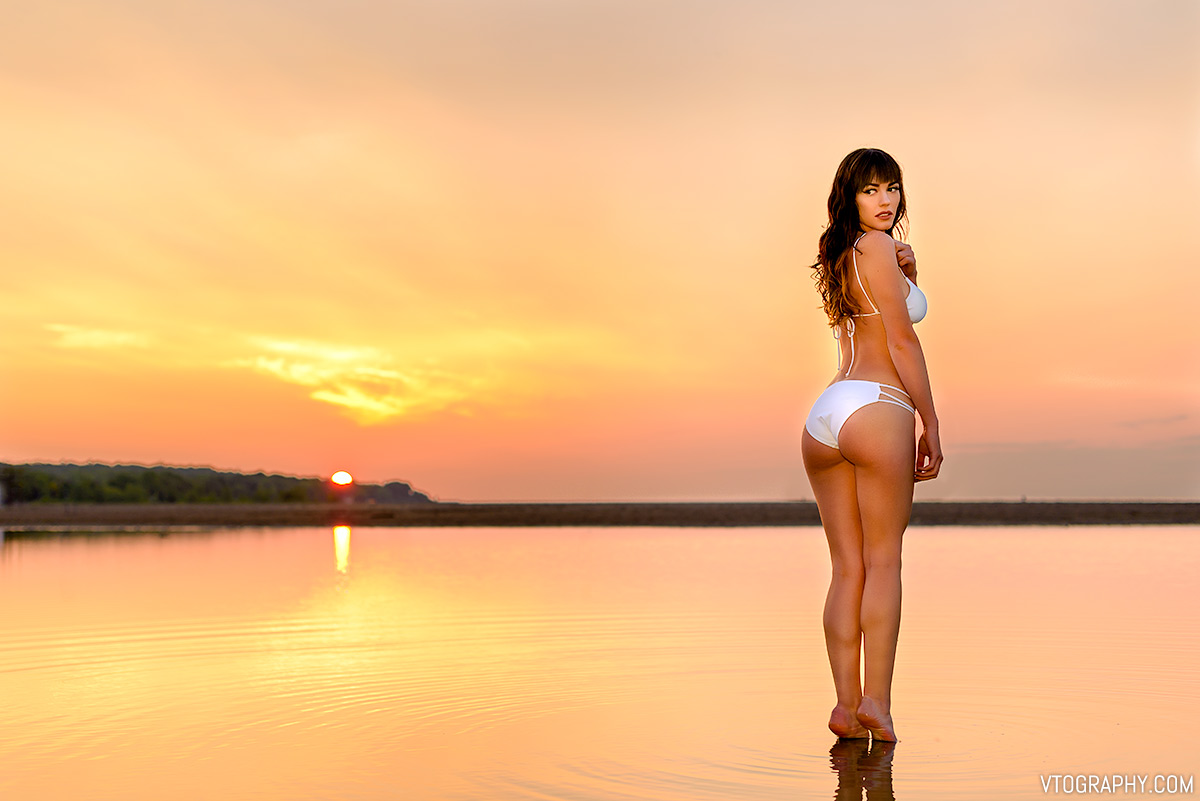