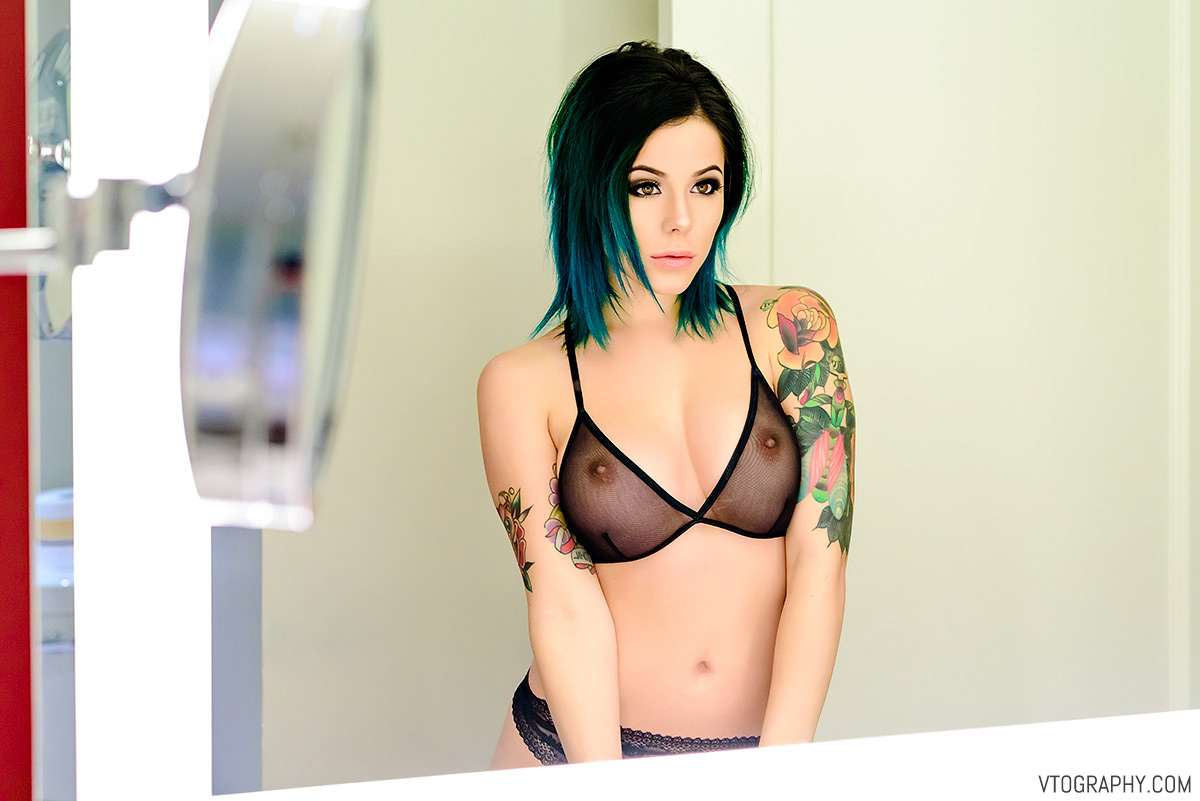 I love working with Cortana Blue because she’s such a natural in front of the camera. Having never modelled before she met me, I’ve loved helping her develop into someone who brings her A-game every time. In the Toronto modelling scene, she’s fielding dozens of requests a day from top photographers eager to work with her. Lucky for me, she likes me best. 🙂

For this shoot we teamed up with our partner in crime and best friend extraordinaire, Justine of Violet Noir Artistry, who provided hair and makeup skills.

Another thing I love? I love photographing with available light. Love. It. It’s simultaneously freeing and challenging. It eliminates all the chaos and fiddling involved with setting up and refining studio lighting, but while also being a fairly static, uncontrollable light source. Studio light will bend to your will if you know how to use it. Available light is quite the opposite, forcing the photographer to adapt to a light source with limited flexibility.

The first three photos here were shot with Cortana Blue sitting on a window ledge at my hotel shooting space (the fabulous Omni King Edward in downtown Toronto). It was very early evening on an overcast day — the natural daylight was fading quickly and it was fairly dim. We were working against the clock to squeeze in some photos before the light disappeared completely. So, how best to capture this dim, quickly fading light and still get usable photos? Two simple pieces of gear to the rescue: a full frame DSLR camera with fantastic high ISO capabilities and a fast prime lens. For me, that’s the Nikon D750 FX DSLR camera (CHECK PRICE ON AMAZON) and the Nikon 50mm FX ƒ/1.4G AF-S lens (CHECK PRICE ON AMAZON). 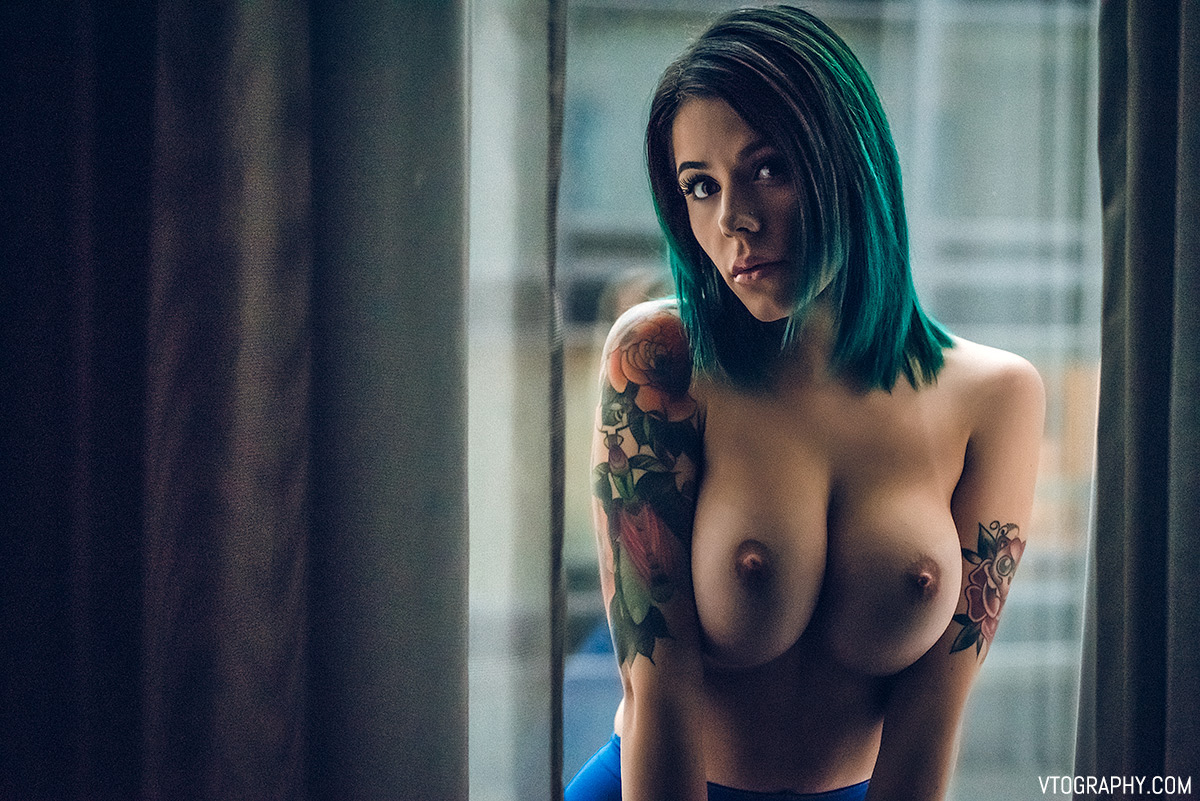 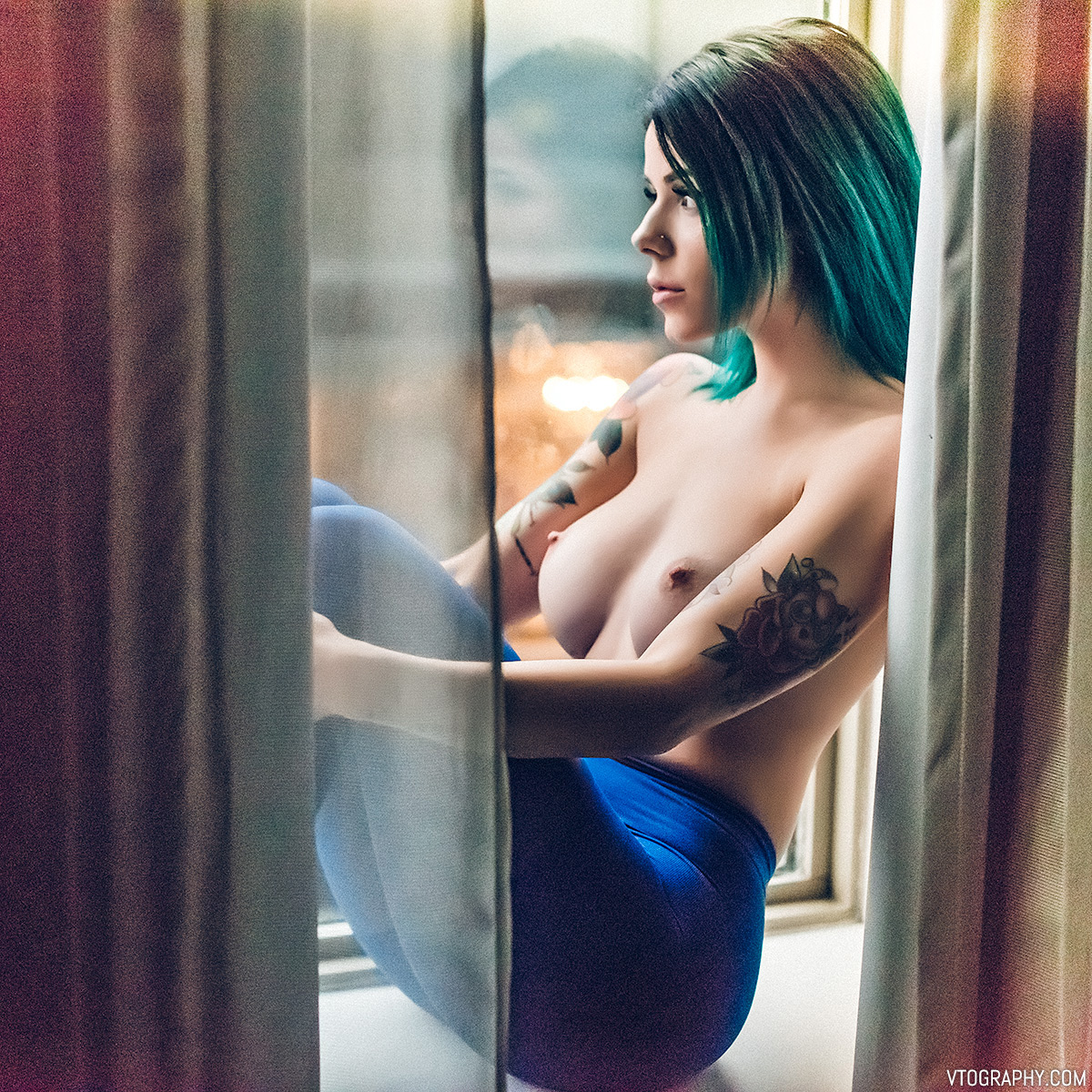 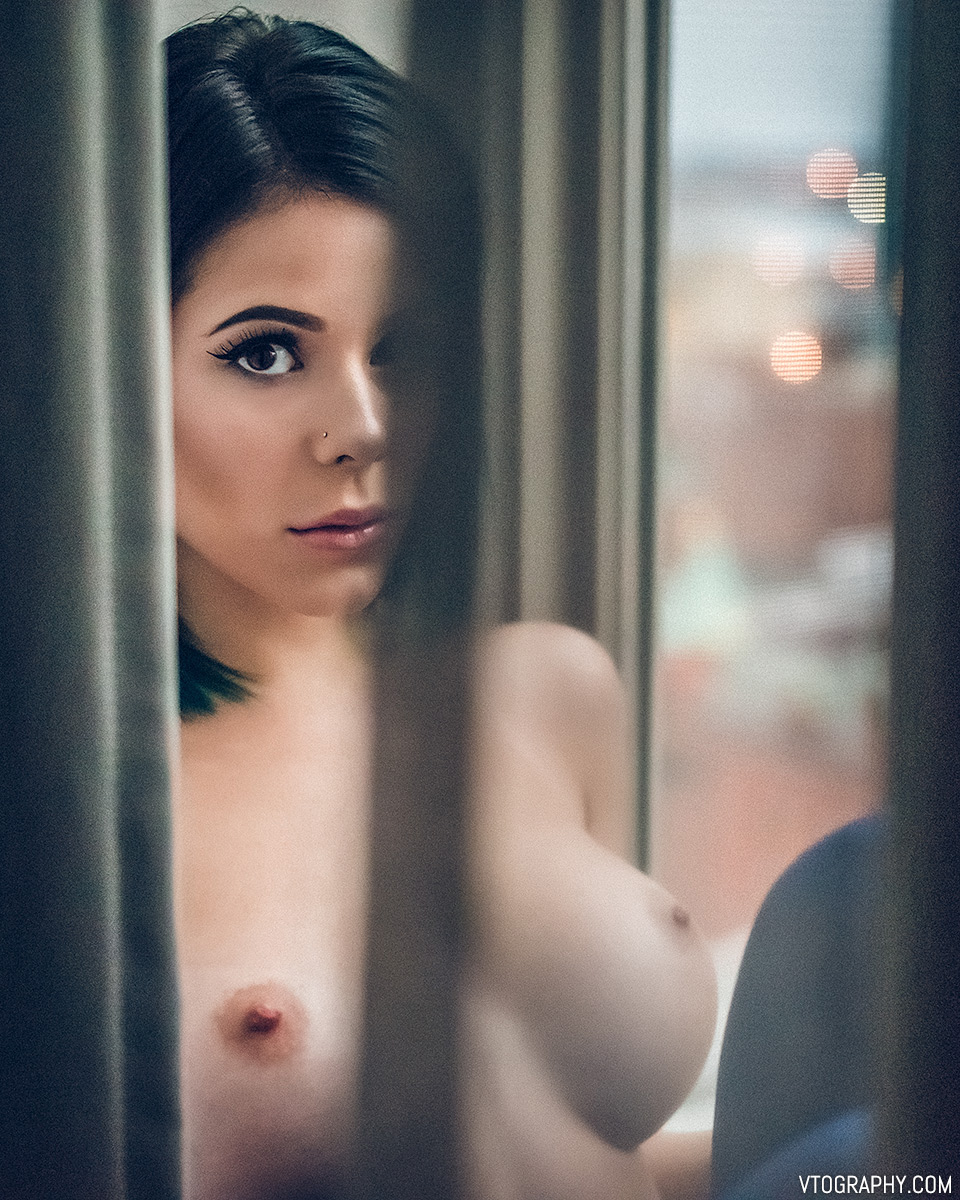 Now, you might be thinking to yourself, “If the D750 is so good at high ISOs, why do the photos look so noisy?” Well, Gary, that’s because I added some grain in post production for a rough, more film-like feel. In Adobe Lightroom, I first applied noise reduction to get my pictures to a fairly smooth-looking base from their starting point of ISO 12,800. Then I added grain in a size and pattern that I felt fit the photos best. I’ve never really been a fan of the way DSLR noise looks, so I much prefer the tight control allowed by Lightroom when adding artificial noise.

Anyway, with the combination of a full-frame DSLR and fast lens, there’s almost nothing that can’t be shot. My first venture with a combo like this was a few years back when I tested a Nikon D700 FX Camera and Nikon 85mm ƒ/1.4 lens (CHECK PRICE ON AMAZON) at a nightclub. I was amazed to find this camera and lens partnership practically made light where there was hardly any. It was the first time I experienced that a piece of camera equipment could be better than my own two eyes. What I saw through the viewfinder was a dim world lacking detail, but what I saw on the LCD screen after the shutter clicked was a bright, vibrant scene with detail galore. I was gobsmacked that the camera could see things I literally could not.

The next series of photos, shot in the hotel’s bathroom mirror, used a different kind of available light. Since there were no windows in the bathroom and the daylight had long since turned dark anyway, I relied on the light emanating from the frame of the mirror. It’s a design I had first seen at the Westin Nova Scotian many years ago, and I like to think it was inspired by ringflashes commonly used in photography. A bright LED or fluorescent array is embedded in the mirror frame, which extends all the way around the mirror on all four sides, providing even lighting from every direction. As any photographer can tell you, placing your subject in the centre of this type of lighting setup is an excellent way to get near shadowless images. Since the mirror light was much brighter than the window light I used previously, I was able to stay at a relatively low ISO 2000 while shooting with the Nikon 50mm FX ƒ/1.4G AF-S lens (CHECK PRICE ON AMAZON) and Nikon 85mm FX ƒ/1.8G AF-S lens (CHECK PRICE ON AMAZON). 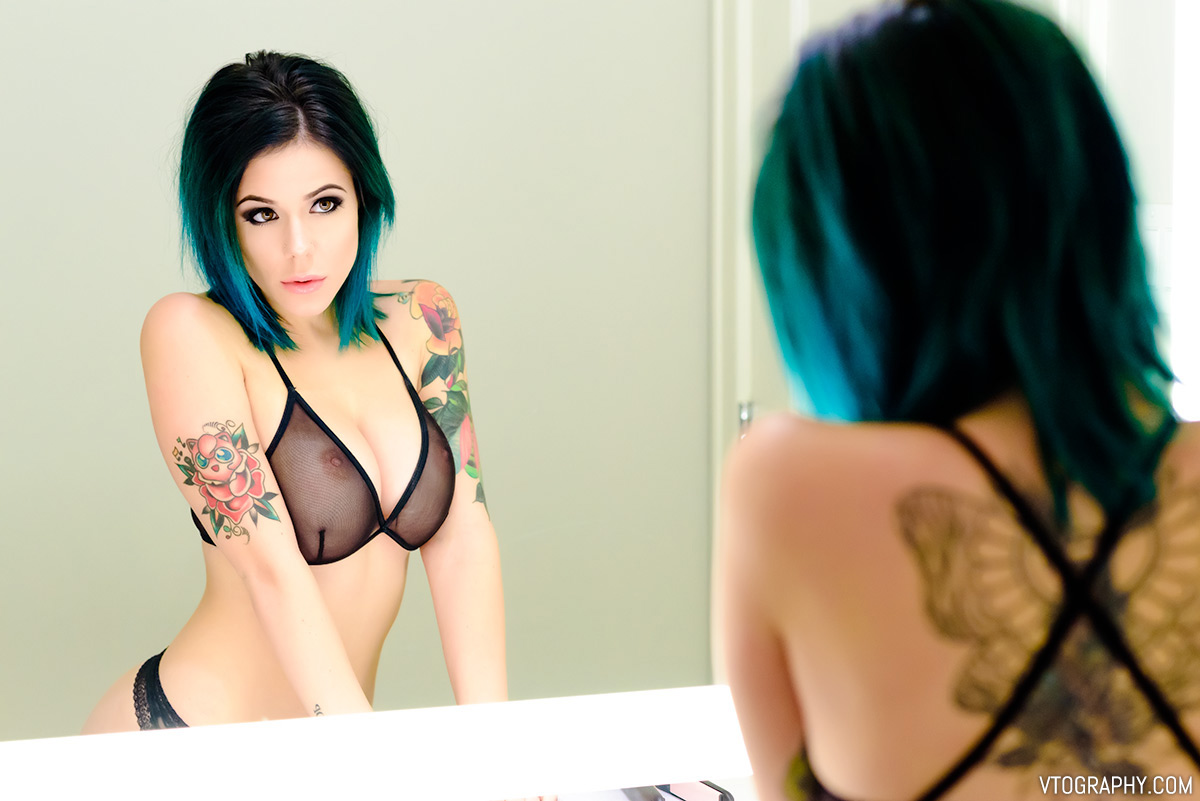 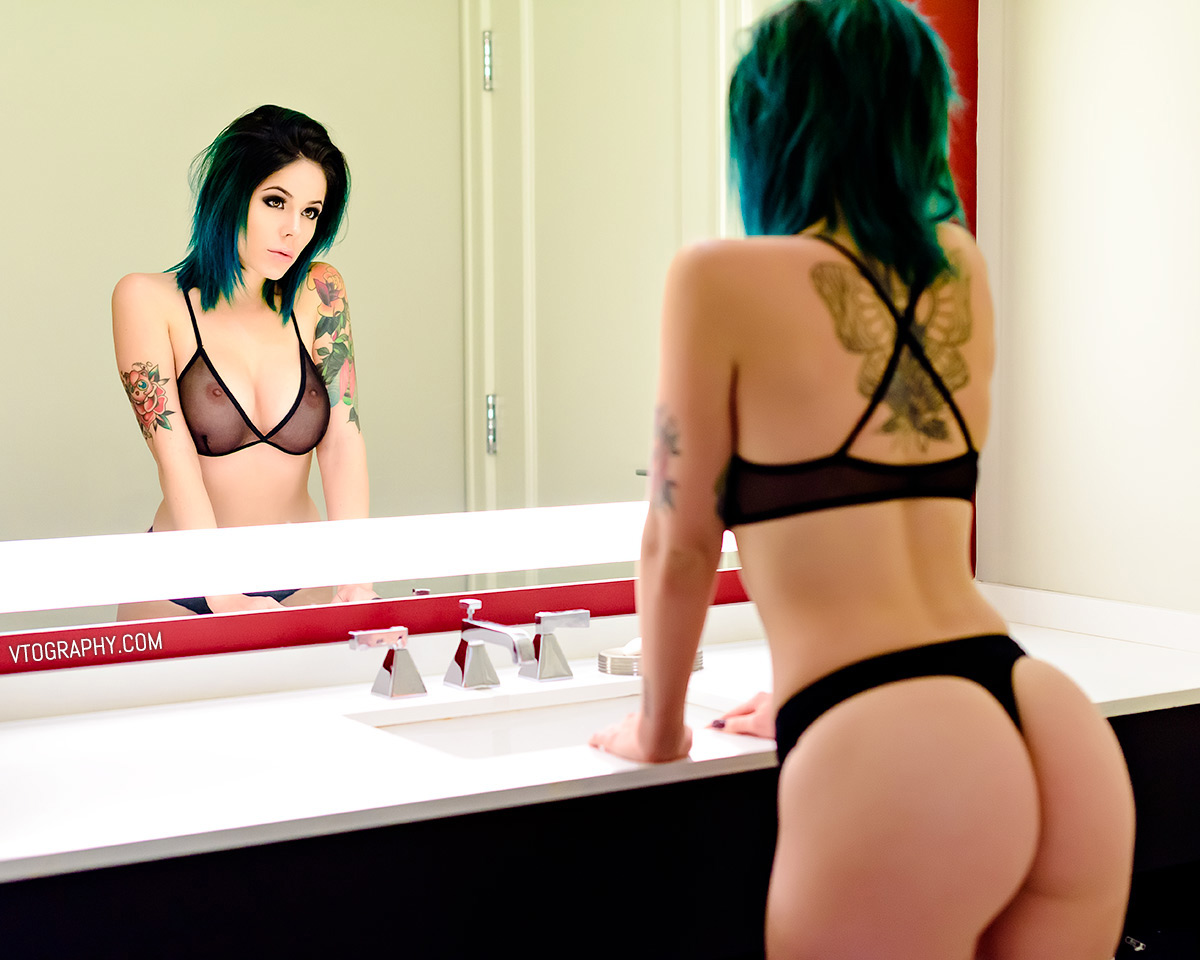 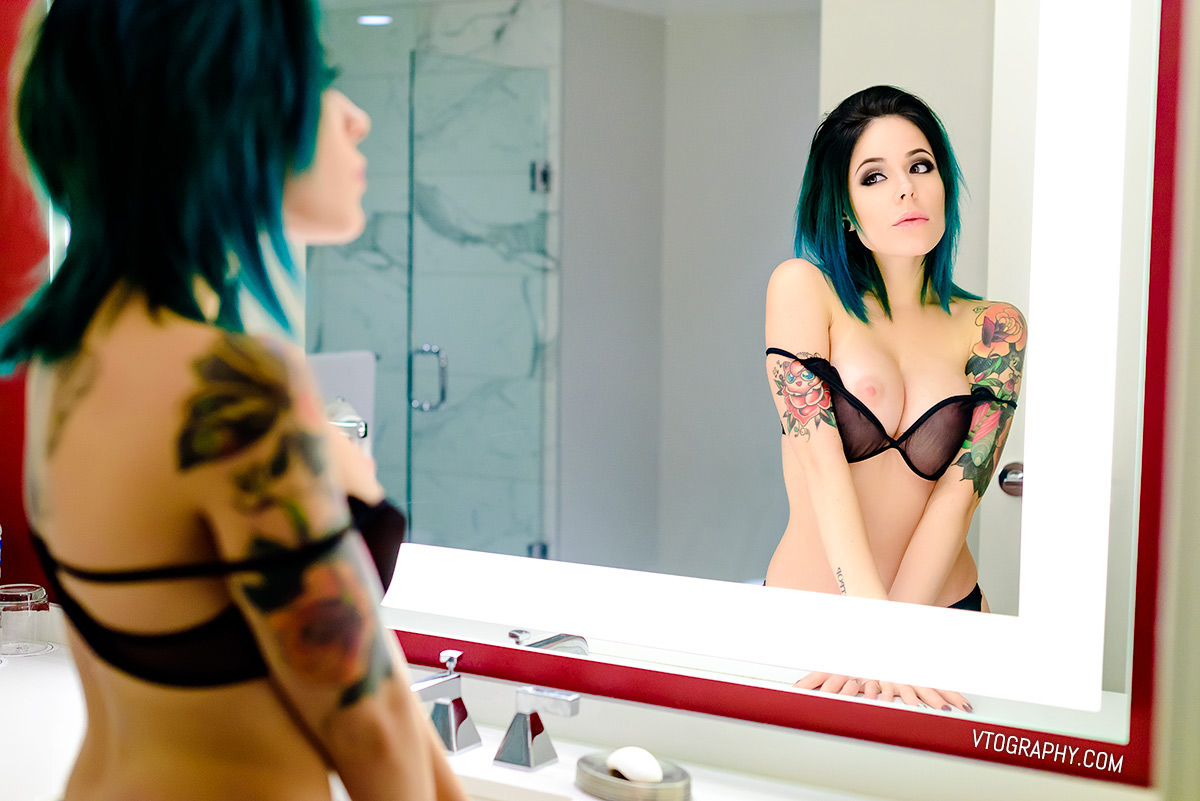 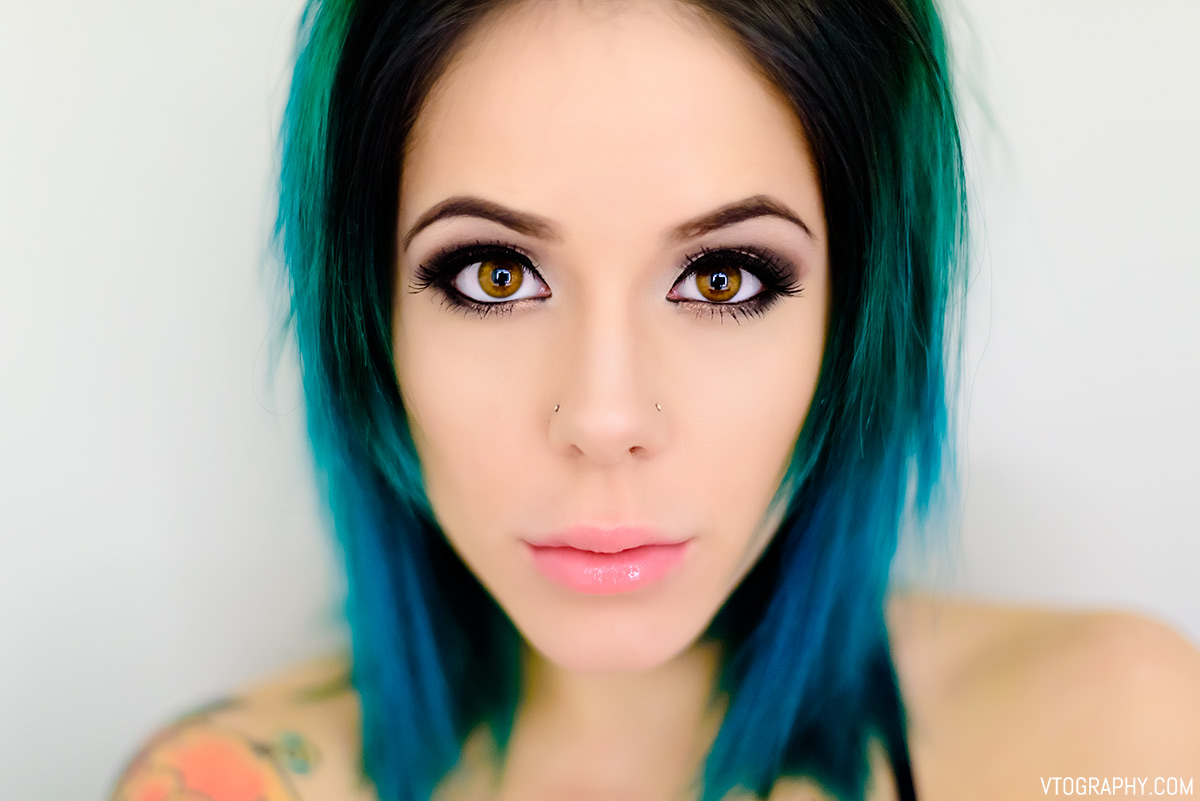 All that being said, the final three photos you see here were not shot with available light. I used an Einstein E640 Flash Unit (from Paul C. Buff) with a tight grid to control the beam of light, allowing it to spill on to the background only slightly. The flash unit was positioned up high and to the left of Cortana Blue. 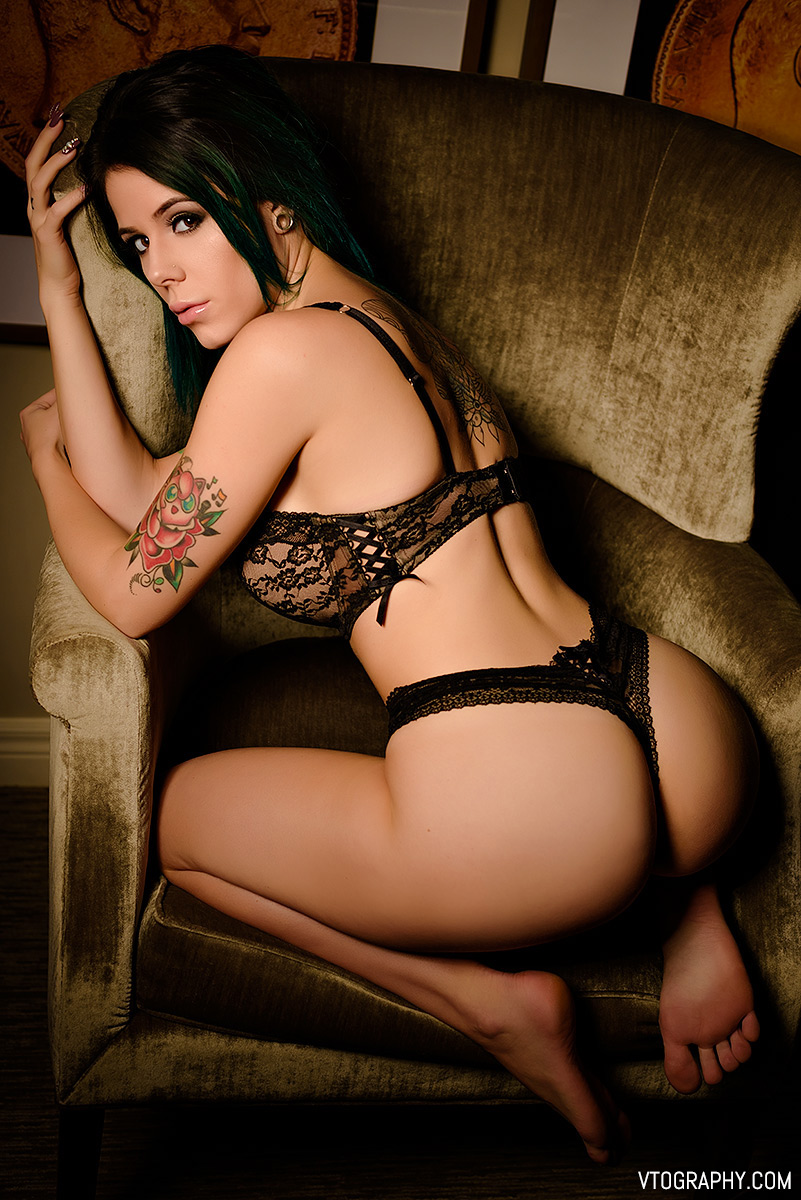 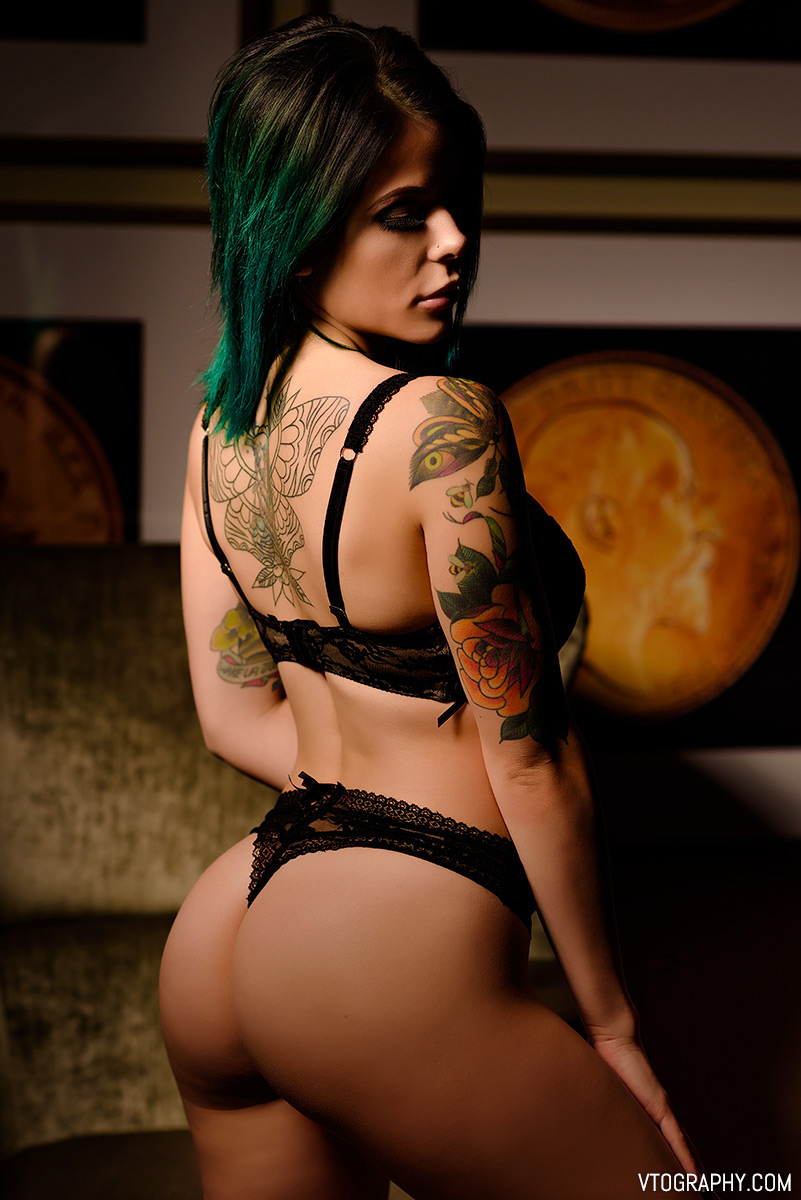 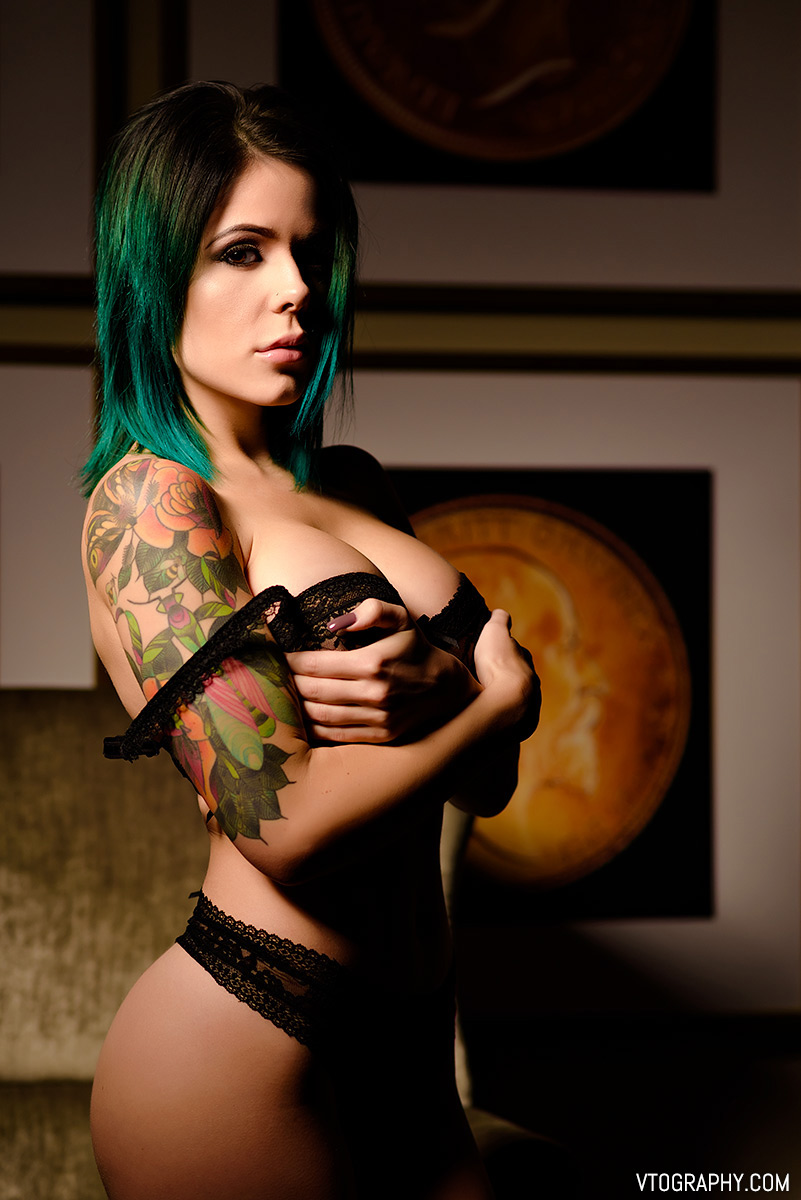