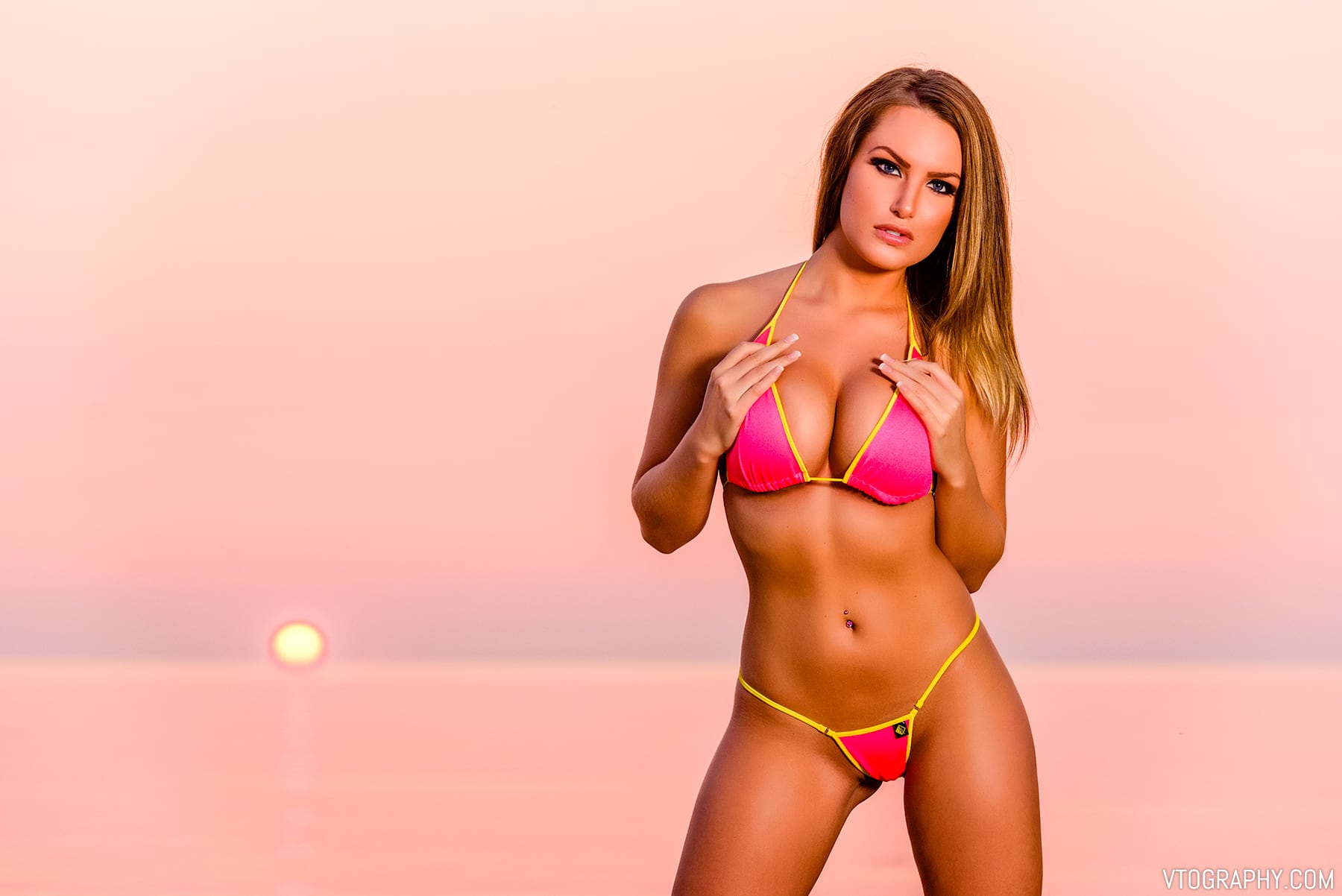 I can hardly believe it’s been almost three years since I last photographed Samantha. It’s true! 2011 was the last time she graced my camera, but now she’s back and better than ever. I took this opportunity to once again bust out my Paul C. Buff Einstein (makers of Alien Bees) monolight to use against the rising sun. Shooting with mixed flash and ambient light is always a fun challenge and produces results you can’t get any other way.

For this bikini photo shoot at Ashbridges Bay in Toronto, we had to be at the beach well before 6am to setup so we could catch the 6:15am sunrise. Sam came over after she was done work, in the middle of the night (server life!), and we killed time before sunrise by picking out a few bikinis she would wear. I’m naturally a night owl, so I find it easier to stay awake until sunrise rather than sleep a few hours and wake up early.

There’s an odd, interesting group of people who are awake and on a beach that early: photographers and models (though we were the only ones this day), weird old white guys with metal detectors, a few dog walkers, weird young awkward guys sitting on the rocks gawking at Sam in her bikini, and just weird, weird people in general. One particular dog walker who had not leashed his mutt (why not?!) was extremely apologetic after the disgusting ball of fur ran over to Sam’s bag and pissed on it. Yep. That happened. This is why you keep your dogs on leashes, people.

At least we got some good pictures.

So let’s get back to the Paul C. Buff Einstein light. Distributed exclusively by Paul C. Buff’s website, you can’t get them anywhere else (not even Amazon). This is somewhat of an annoyance for us Canadians, as the exchange rate, shipping costs, and duties/taxes/fees massively inflate the final cost. That being said, Paul C. Buff products are still among the most rock solid and economically priced on the market, even with the influx of cheap photographic lights from overseas. Their customer service is also legendary — one time after I dropped a light and broke a part on it, they sent me the replacement part for free even though it was entirely my fault.

At an effective 640 watt seconds of power, the Einstein easily overpowers the sun when it’s still low on the horizon. At over four pounds, it’s not the lightest light (heh), but it fits easily in my backpack along with the Vagabond Lithium battery pack, my Nikon D600 full frame DSLR camera, and a couple lenses. It’s a fairly mobile setup when I carry a Manfrotto light stand in one hand, and a 22” beauty dish slung over my shoulder. Although I don’t have the Paul C. Buff beauty dish (I use this one), I do have their 22” Reflector Bag, which holds the beauty dish, grid, and diffuser panel, and is quite comfortable to carry.

Here are the images we made with the Einstein at sunrise: 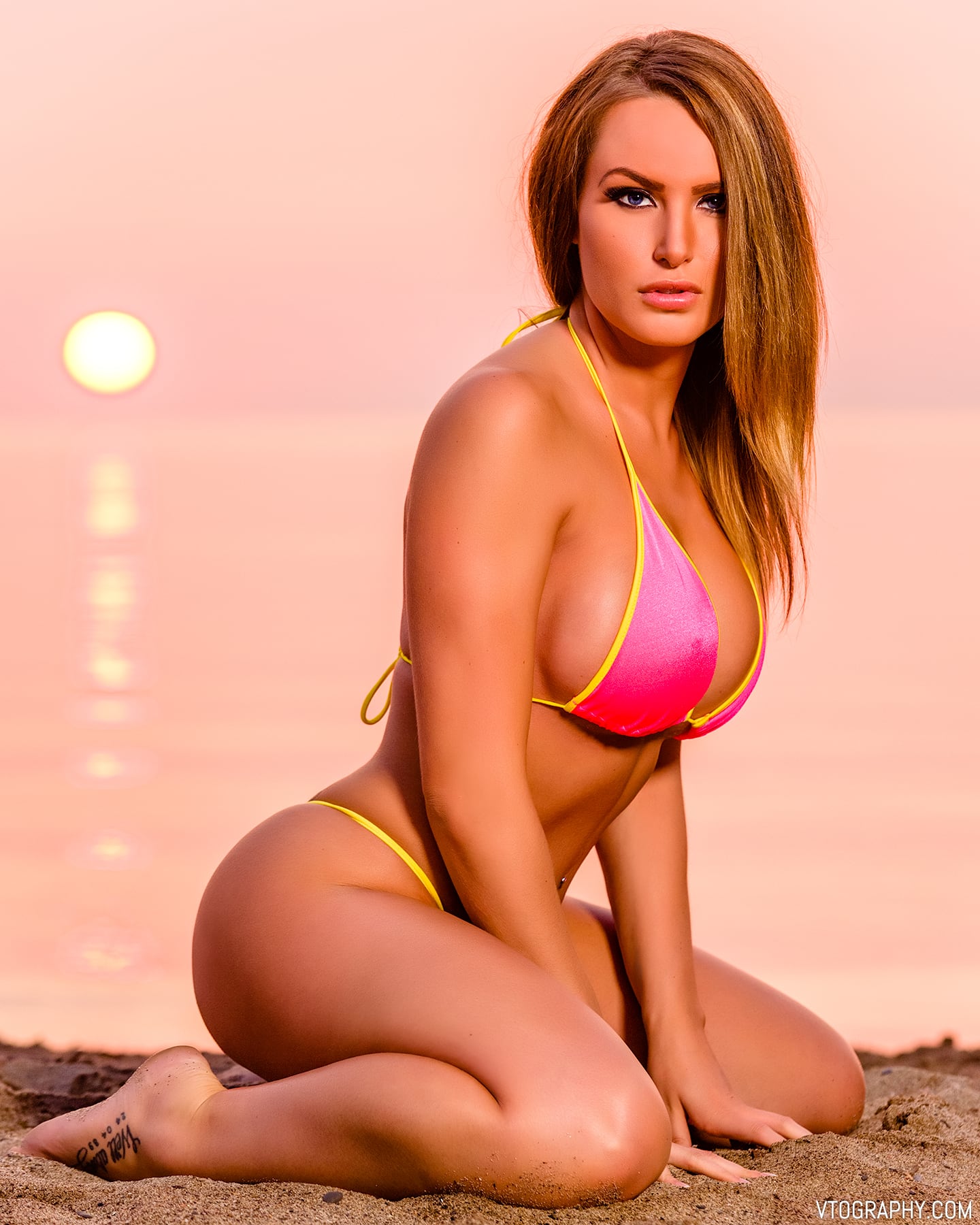 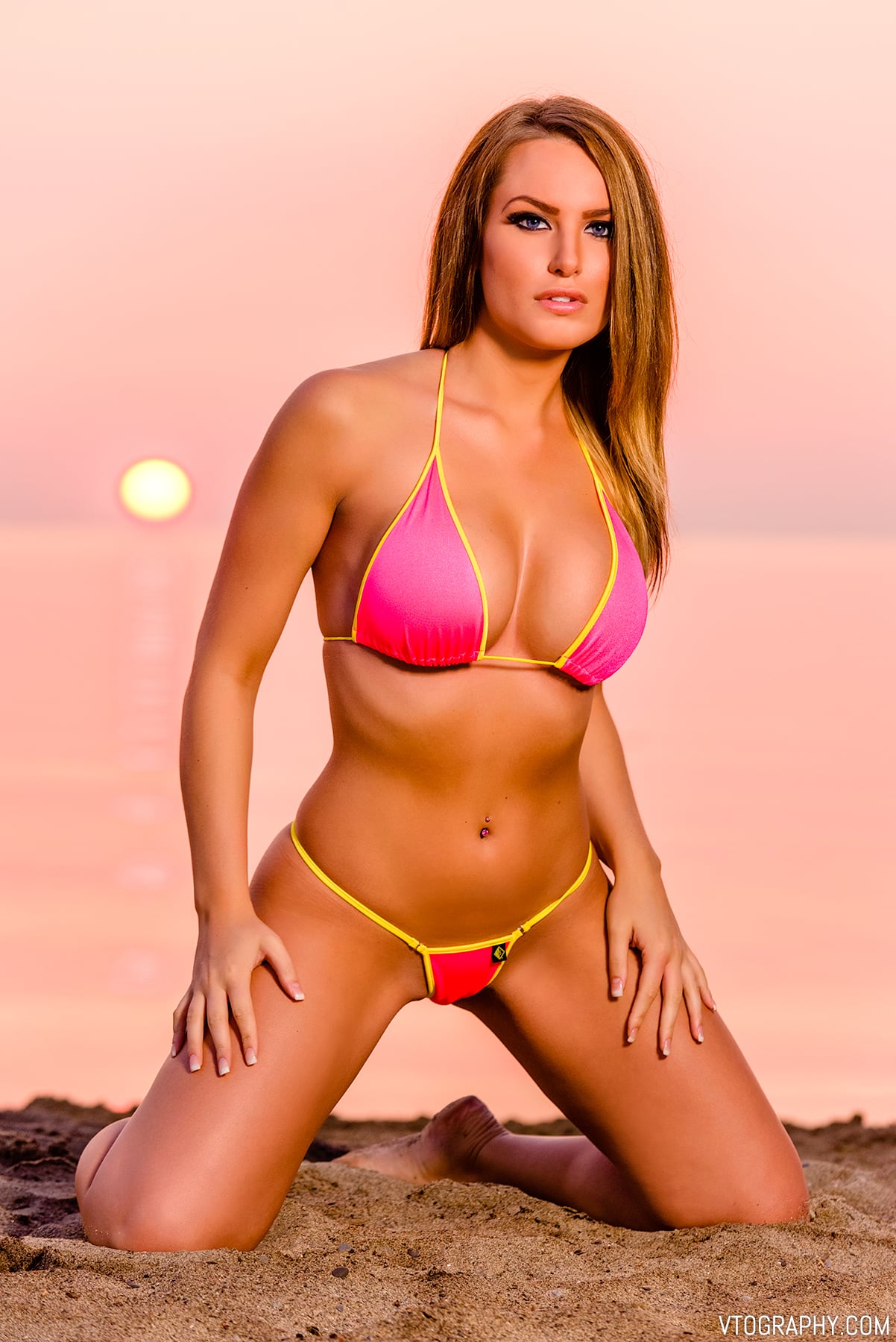 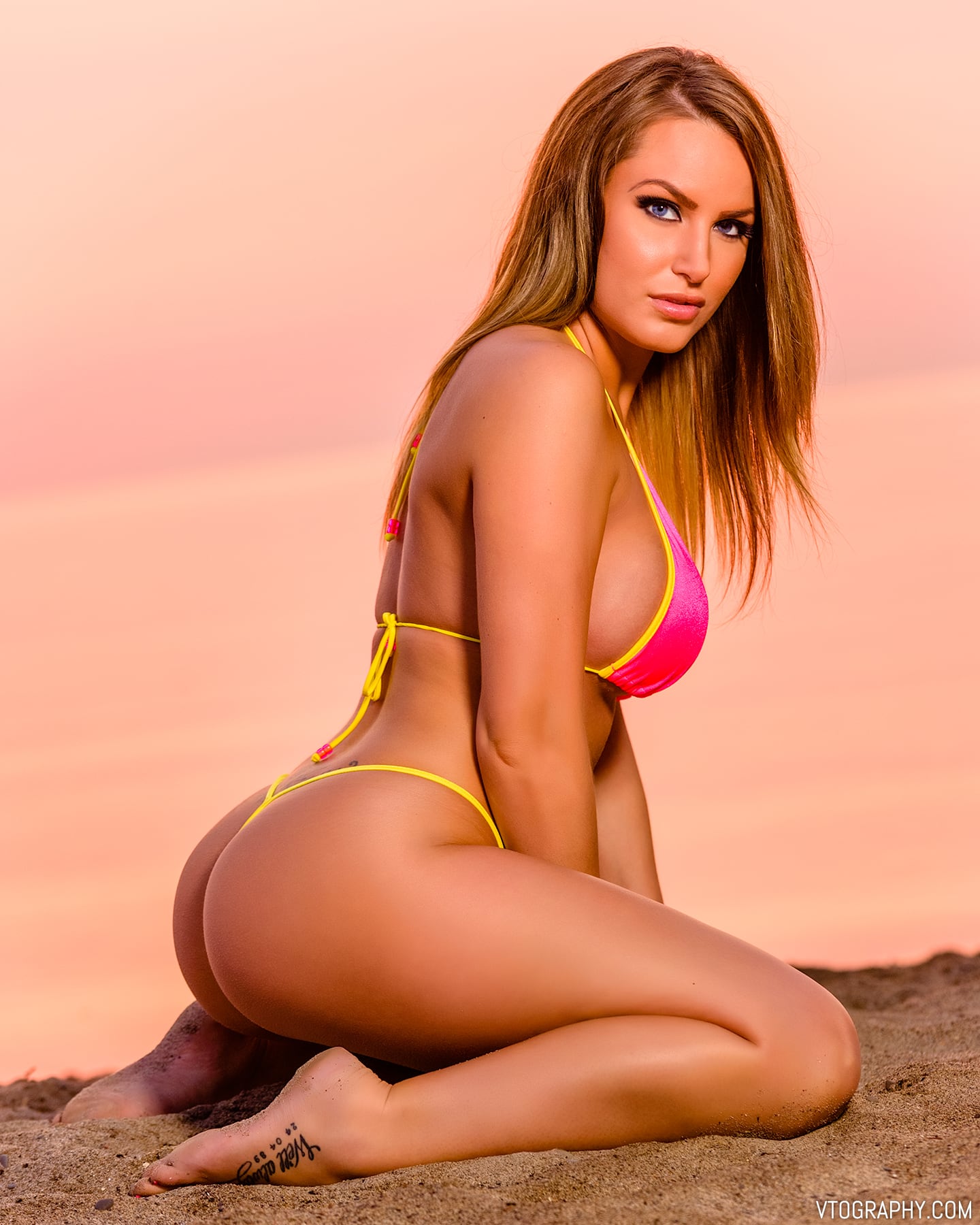 After the sun rose a bit, I opted to keep Sam with her back to the sun, minus the Einstein monolight. This resulted in backlighting, and in order to expose properly for Samantha, that meant the background was overexposed and disappeared. 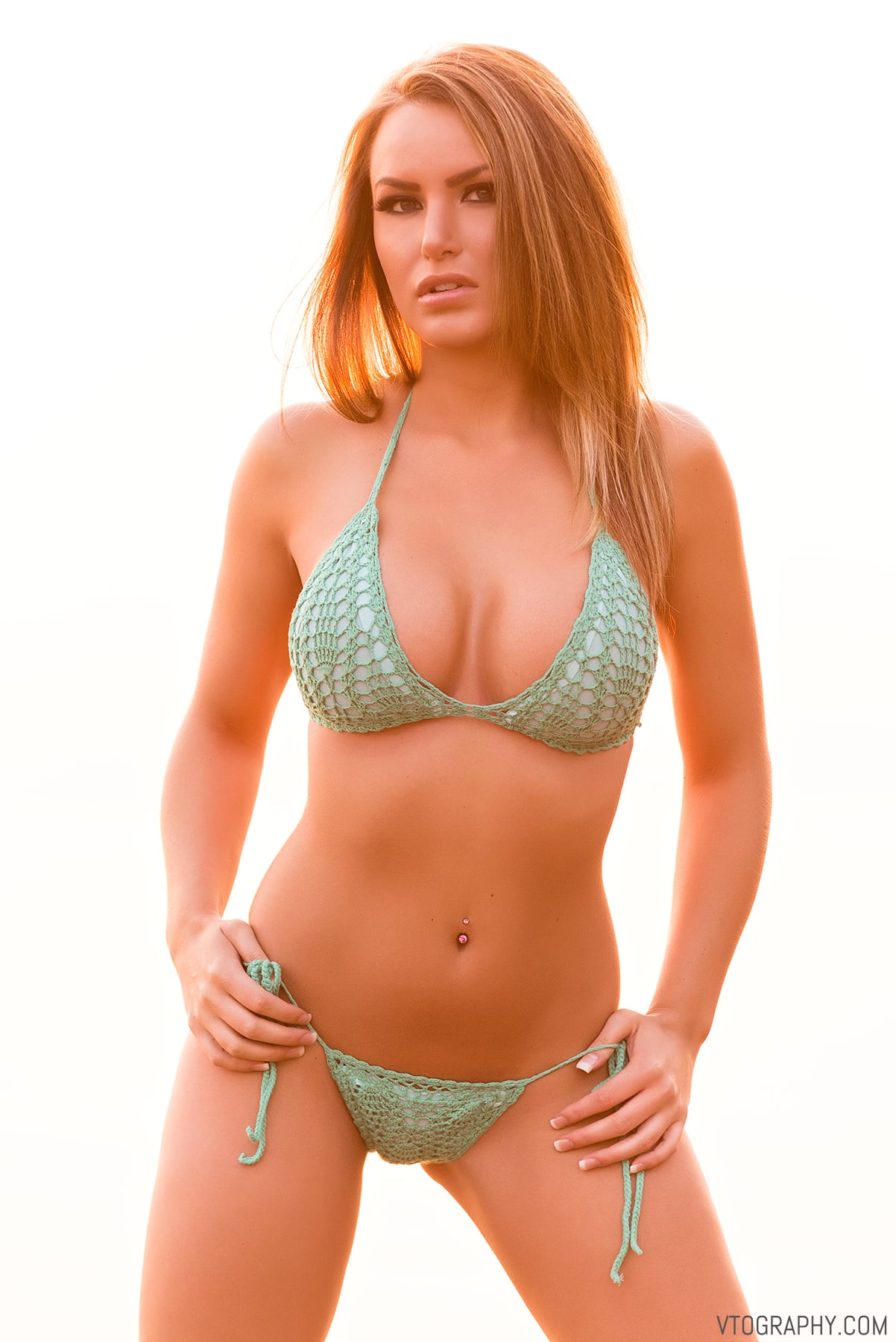 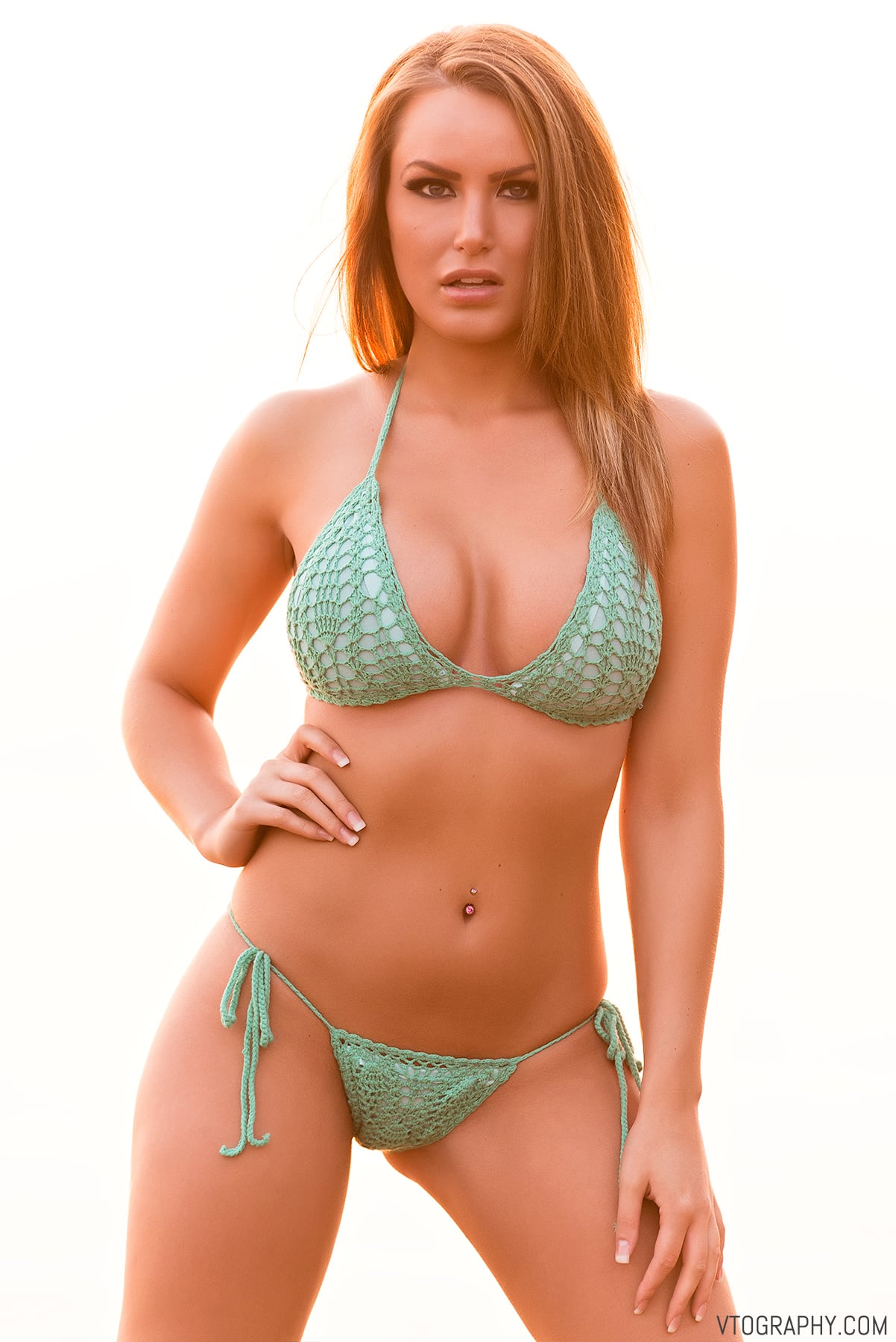 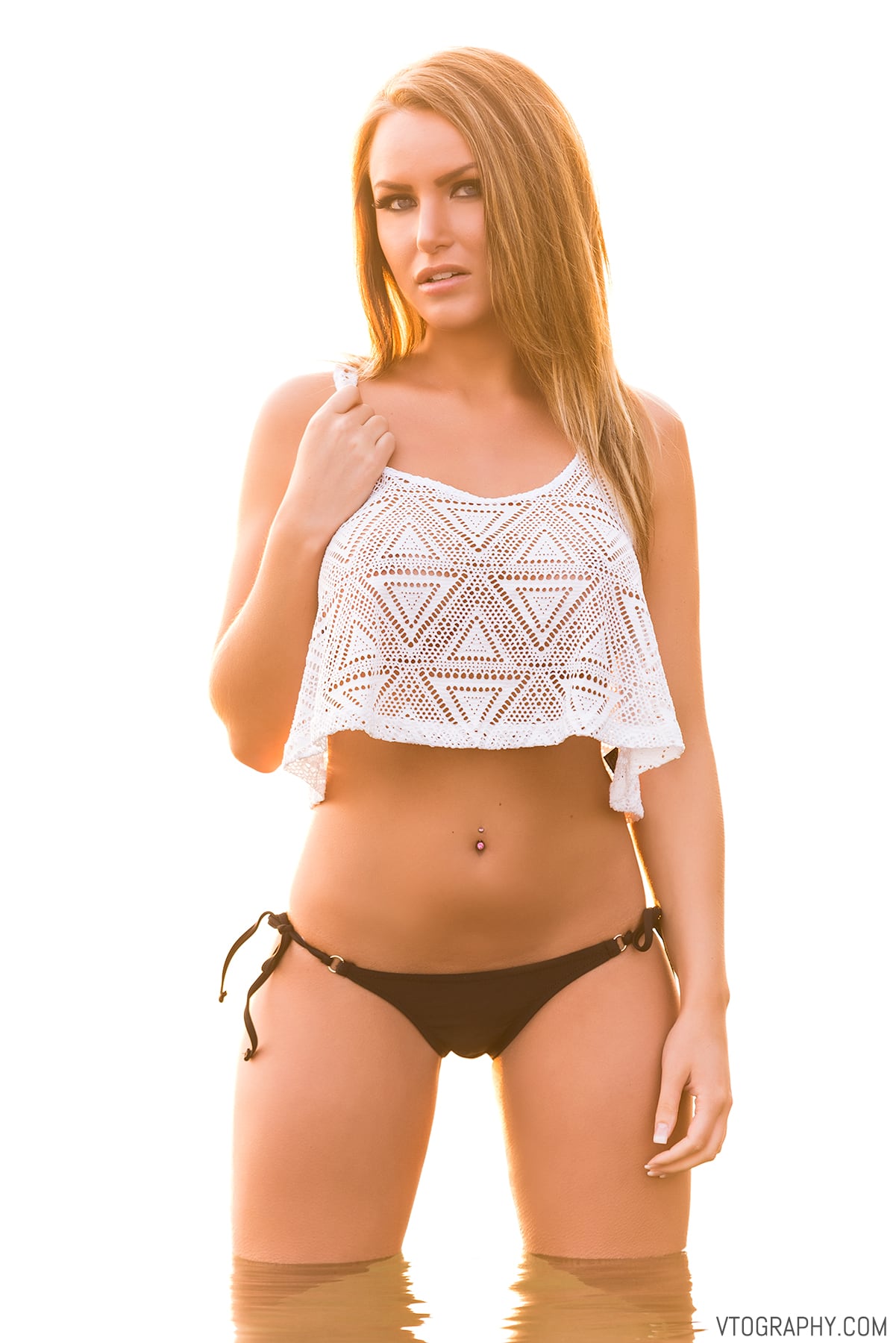 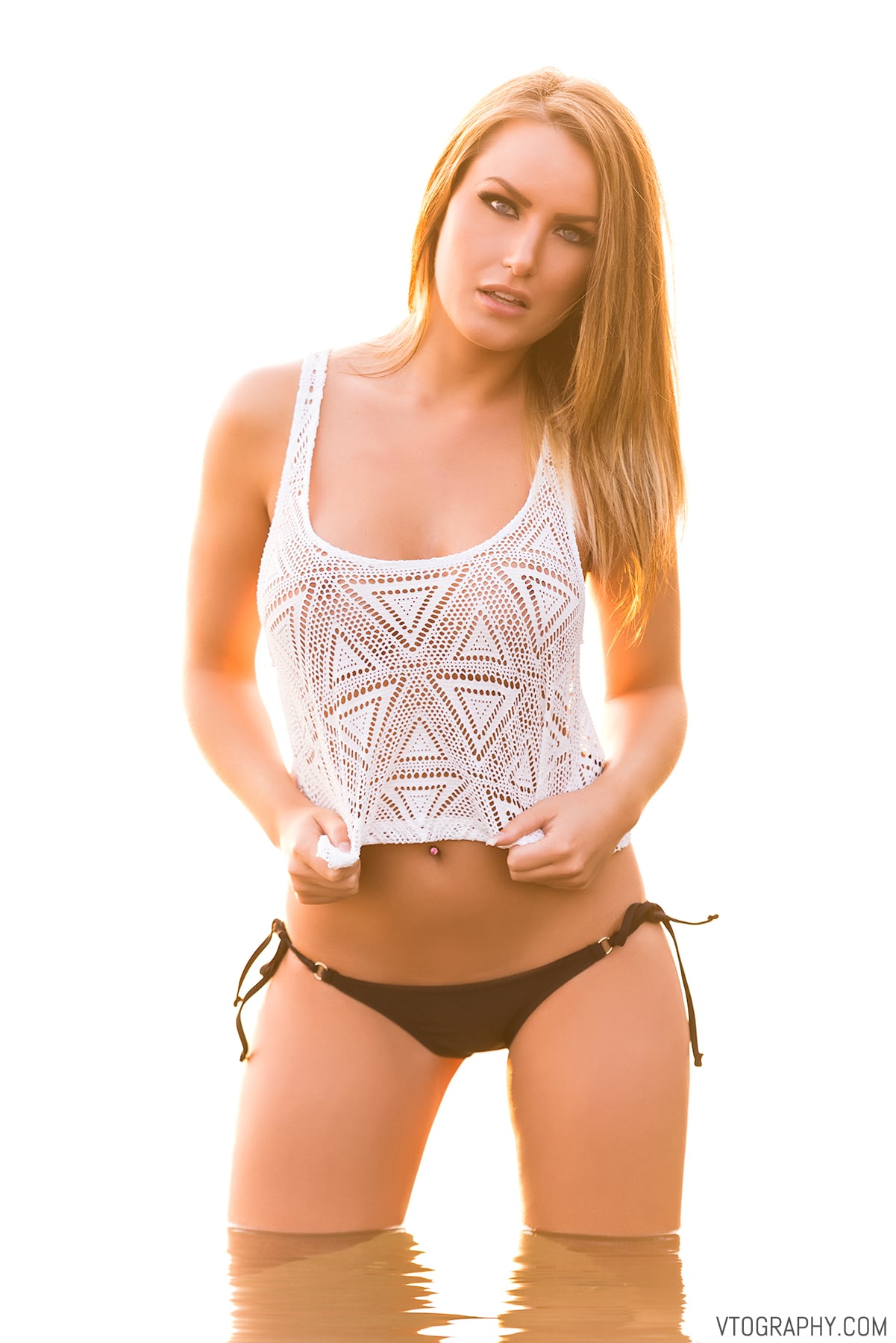 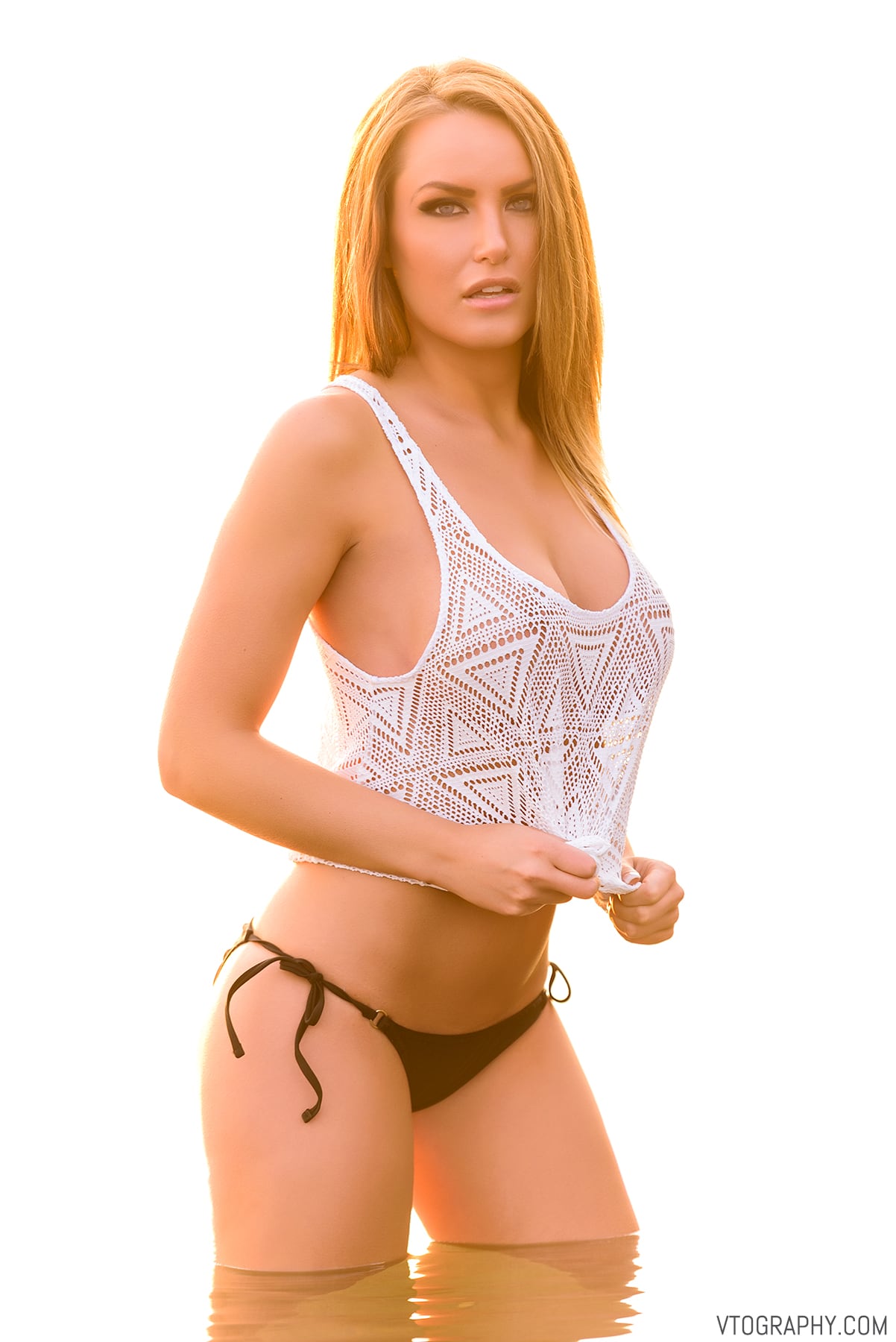 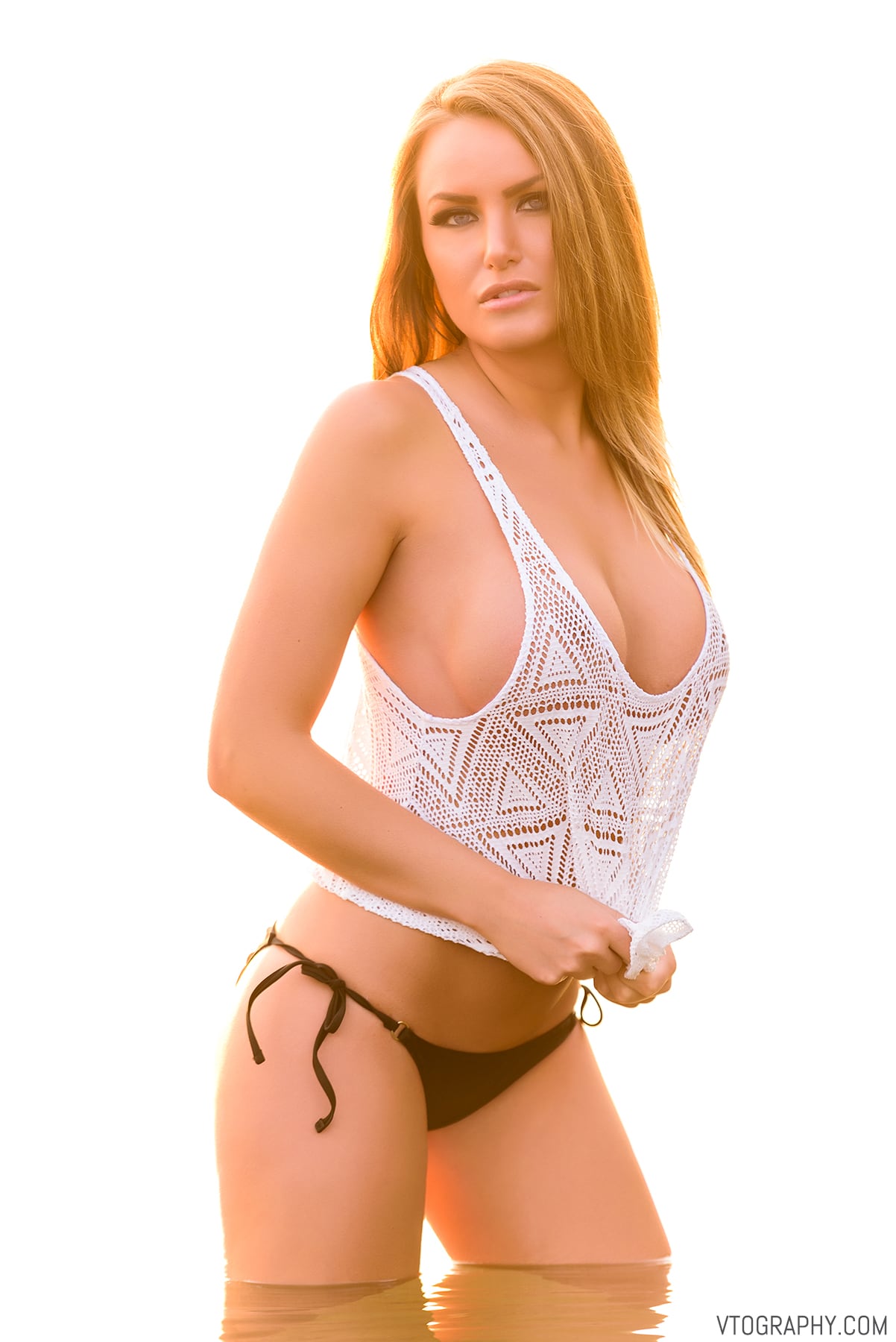 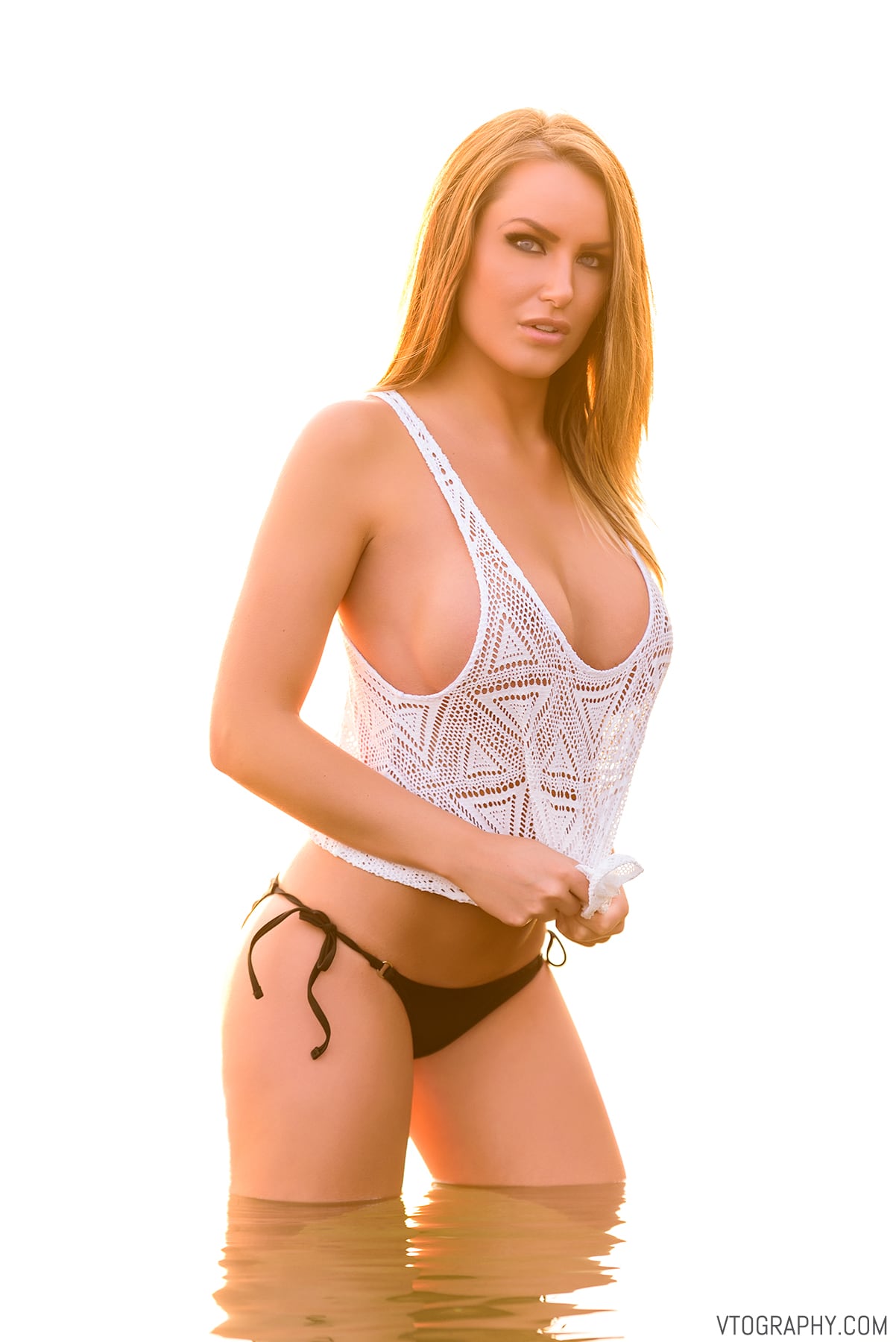 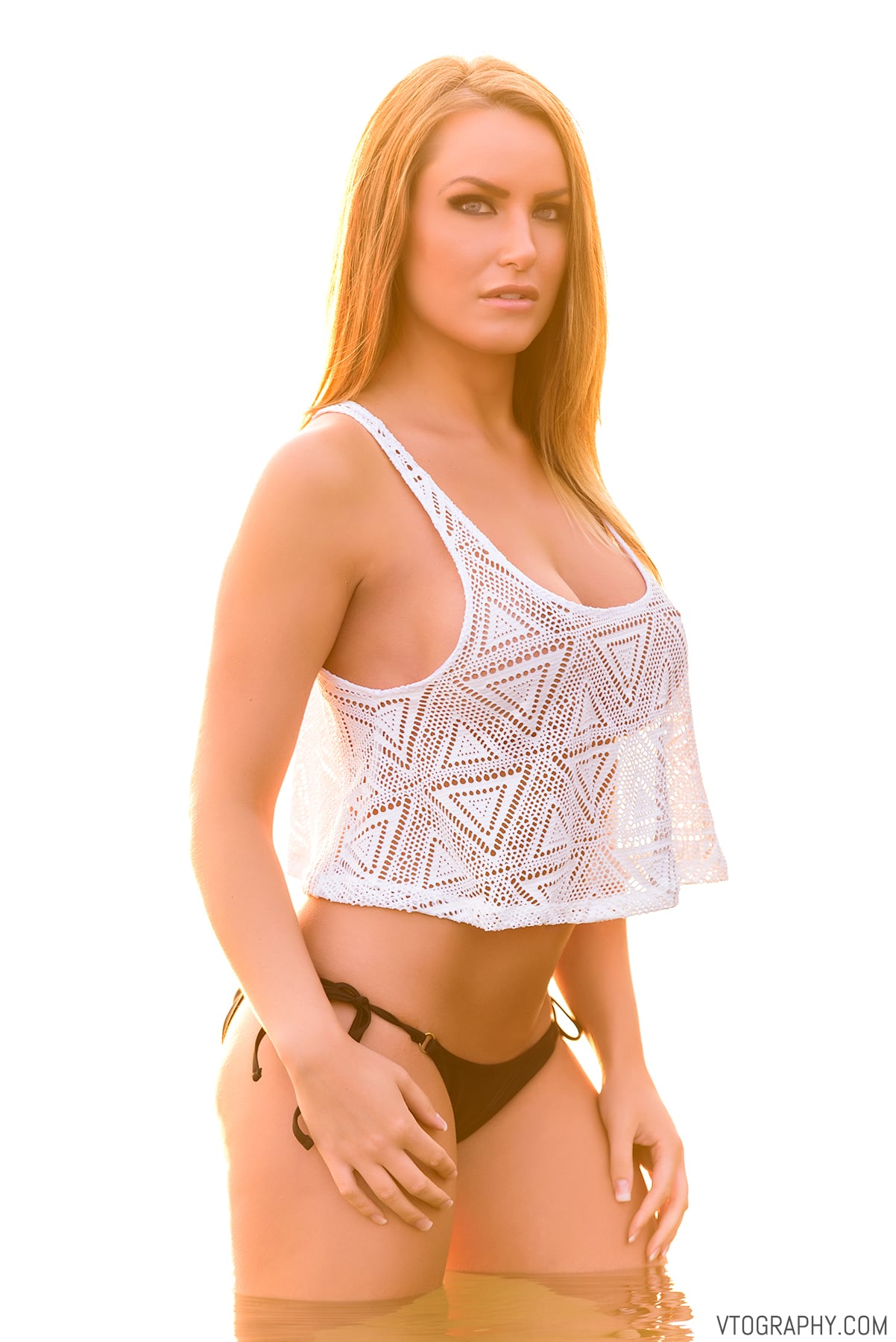 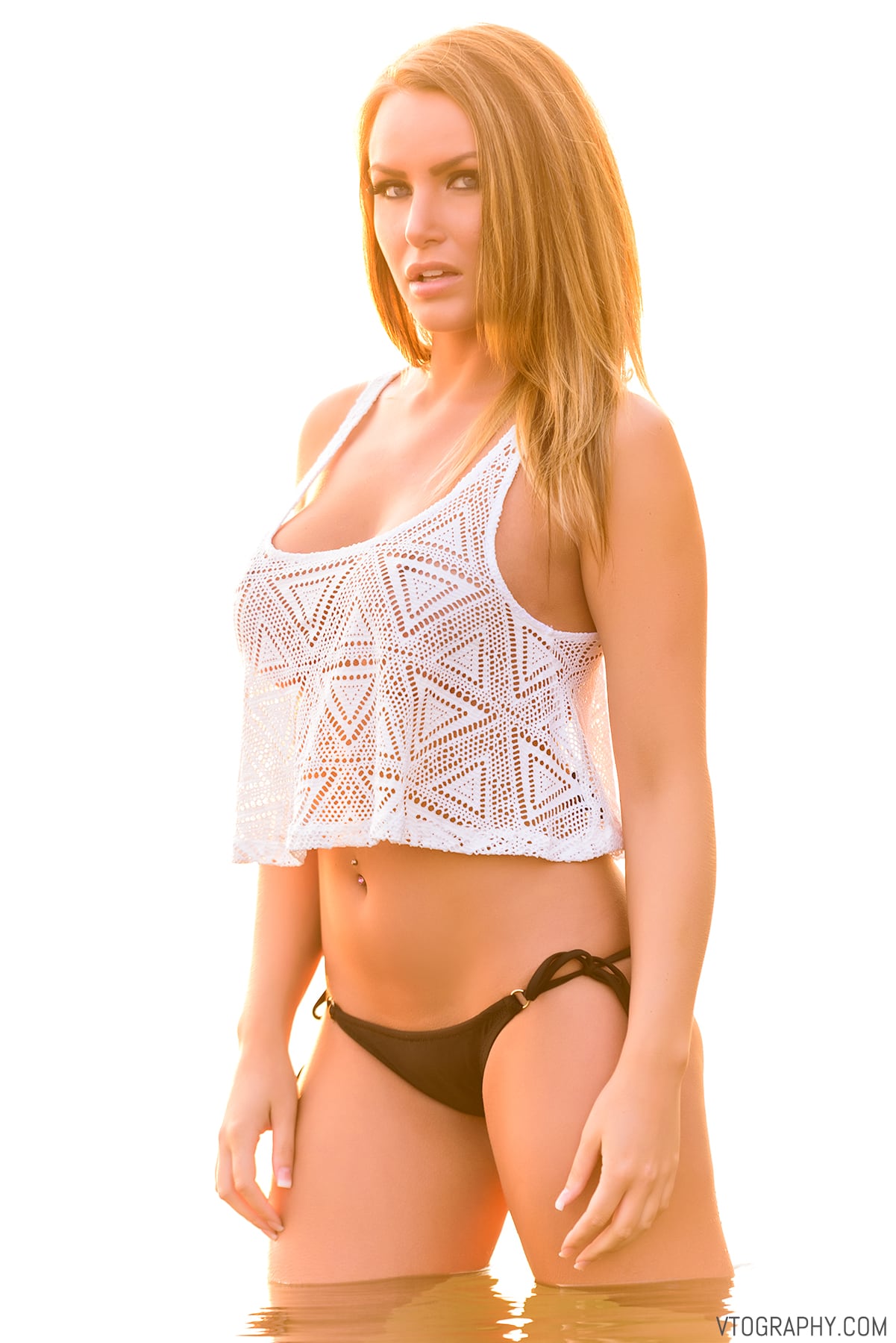 Samantha and I swapped spots in Lake Ontario, so that she would be front lit instead of backlit. This can be challenging if the sun is too bright, as the model might squint (especially if they have light eyes), but there was enough haze that it was manageable. 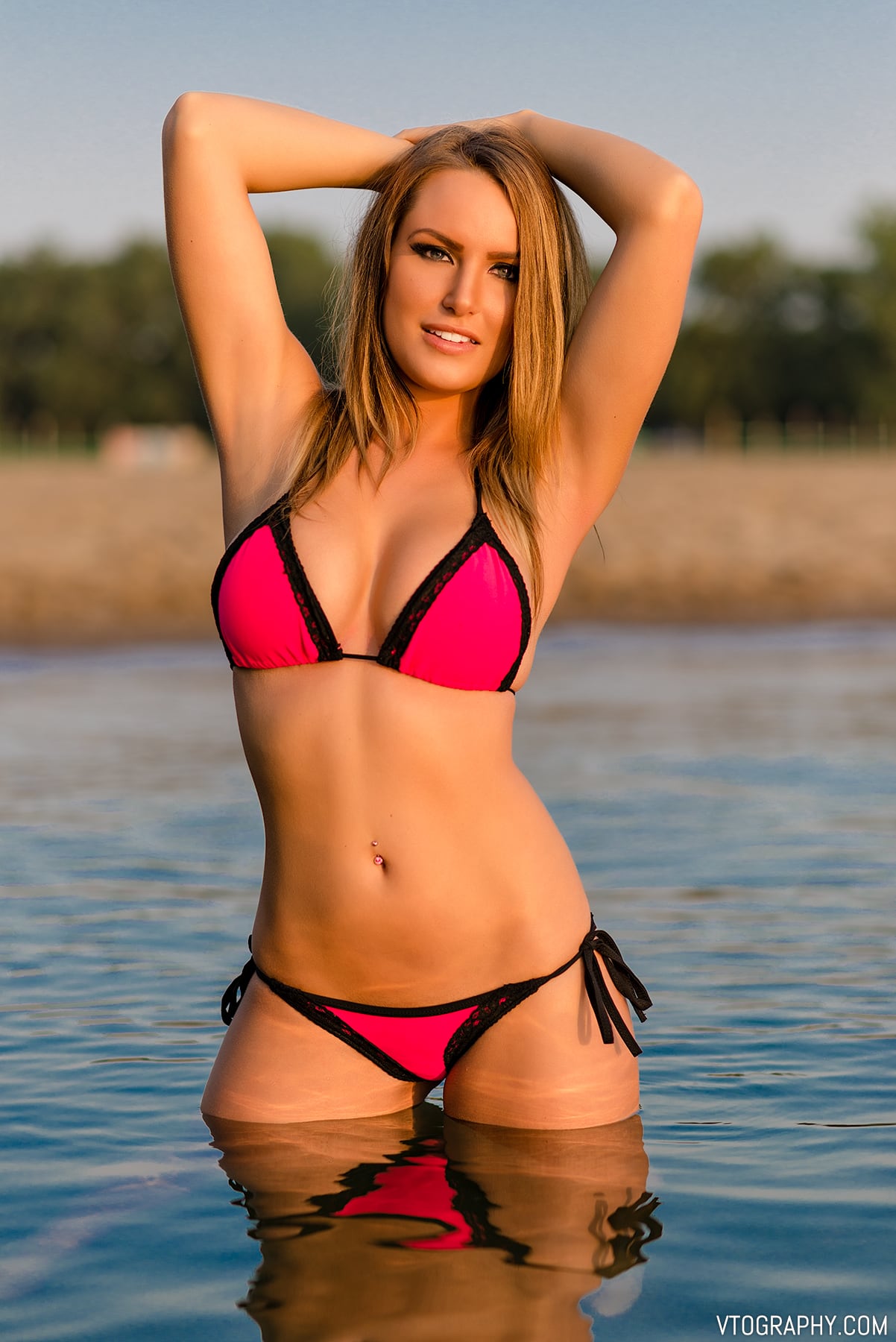 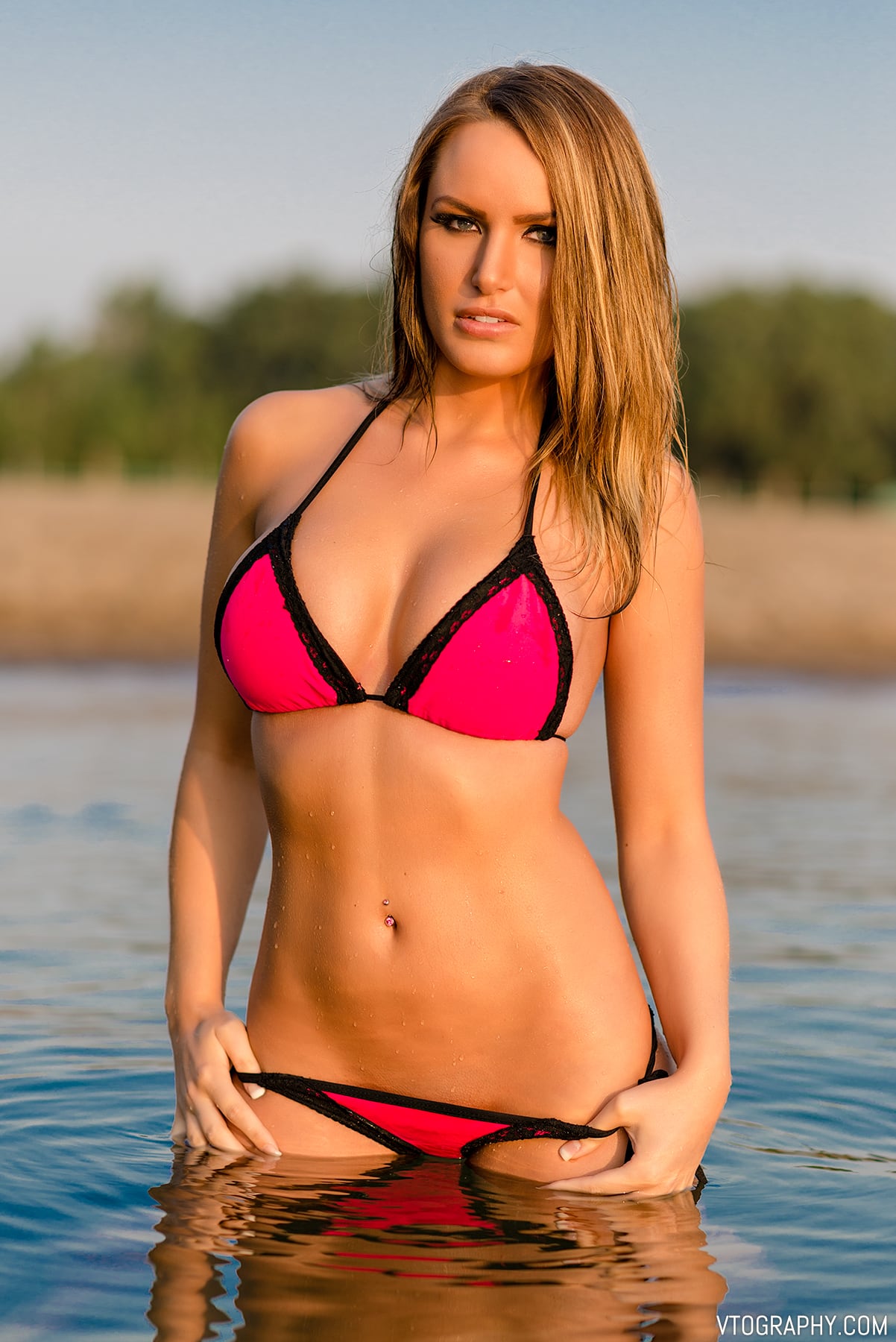 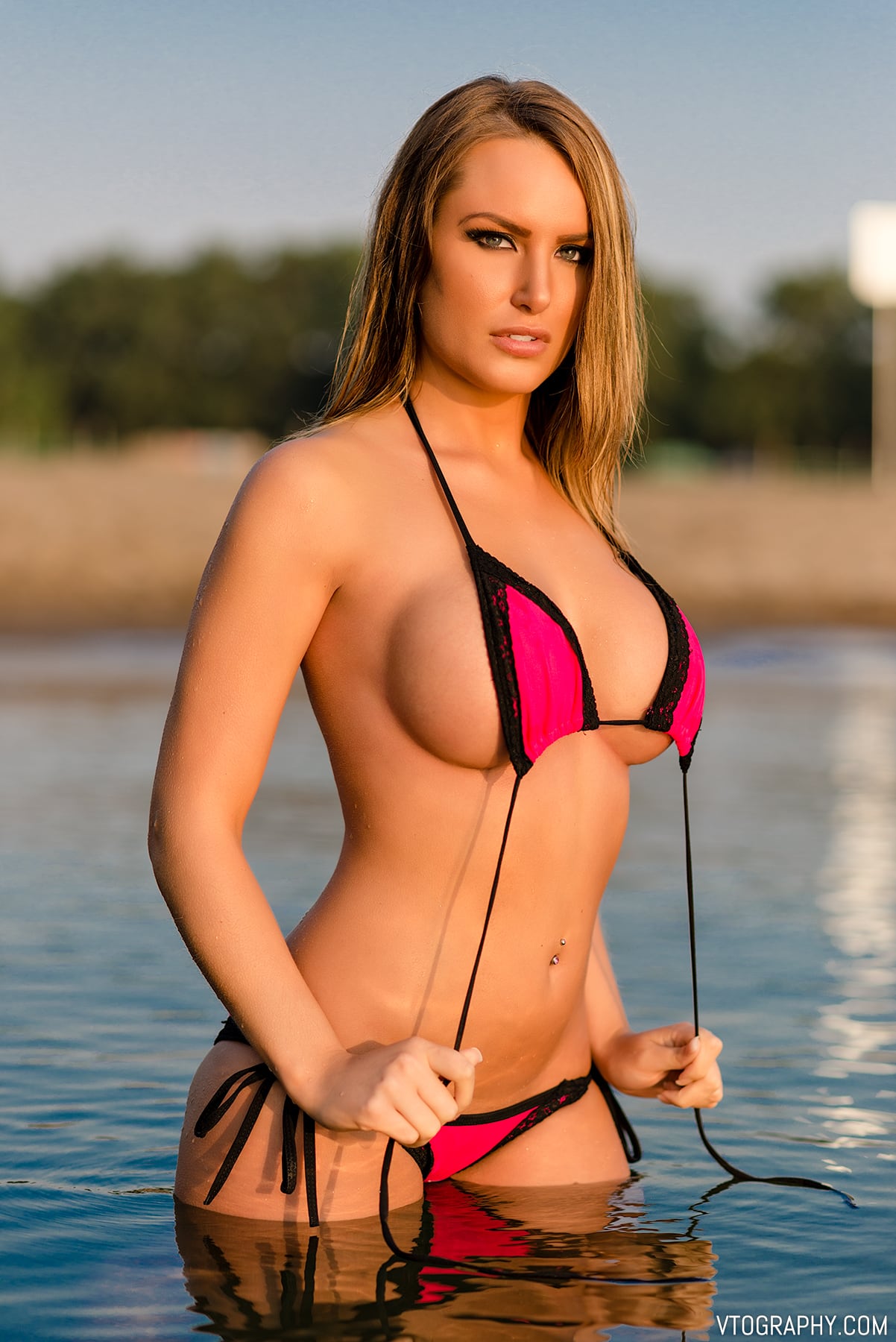 We also made images that were side lit (note the highlight on one of Samantha’s sides) and images in open shade. 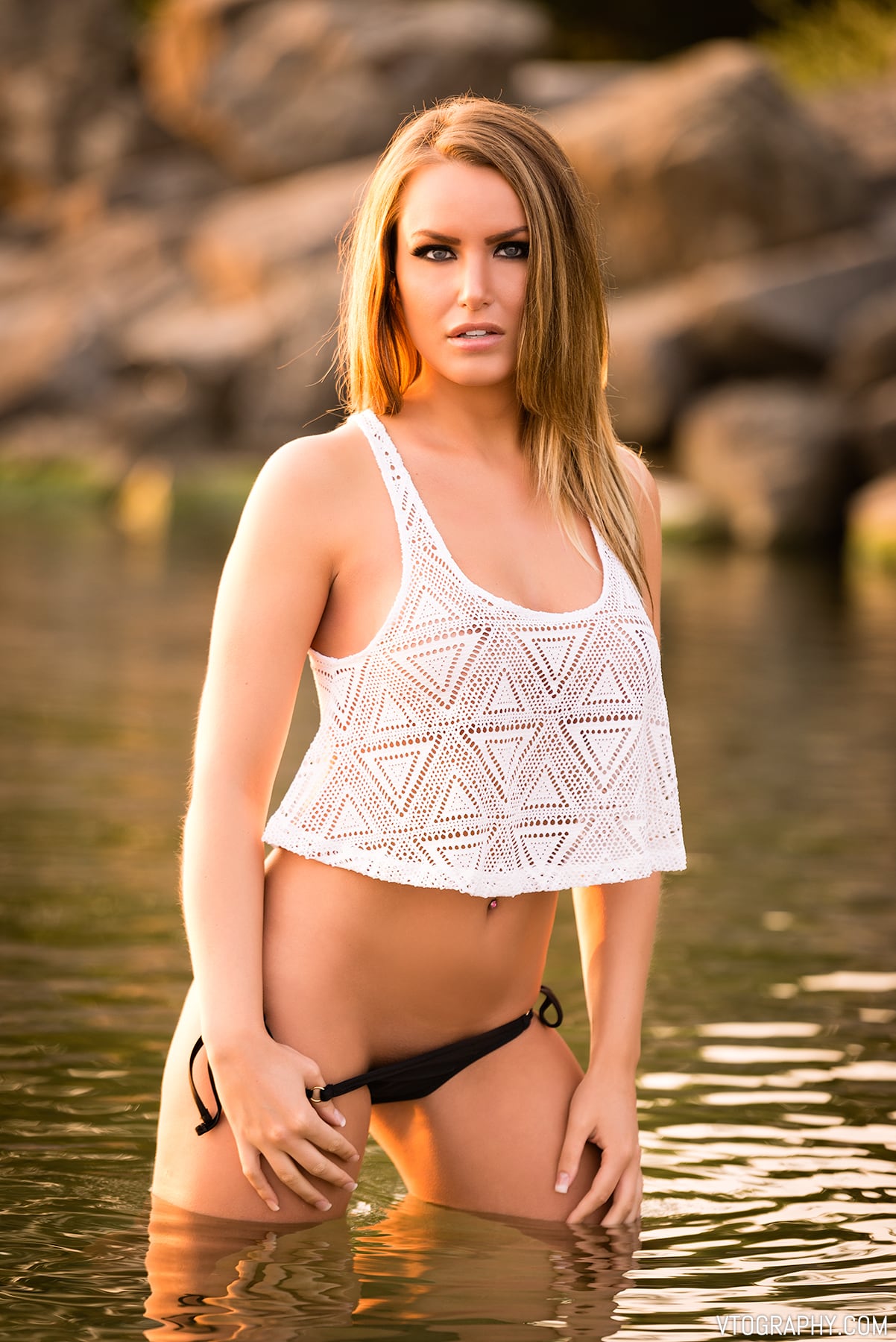 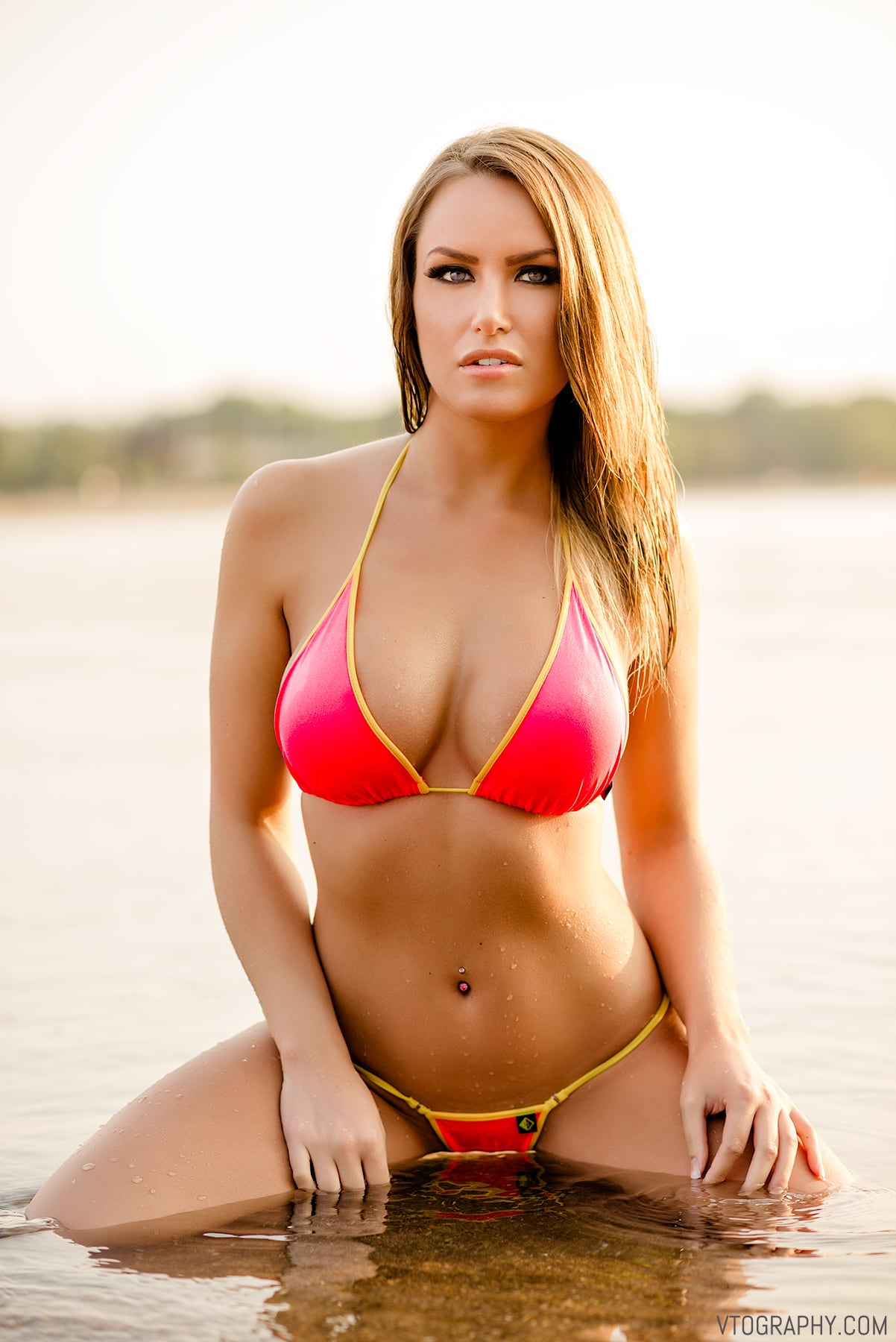 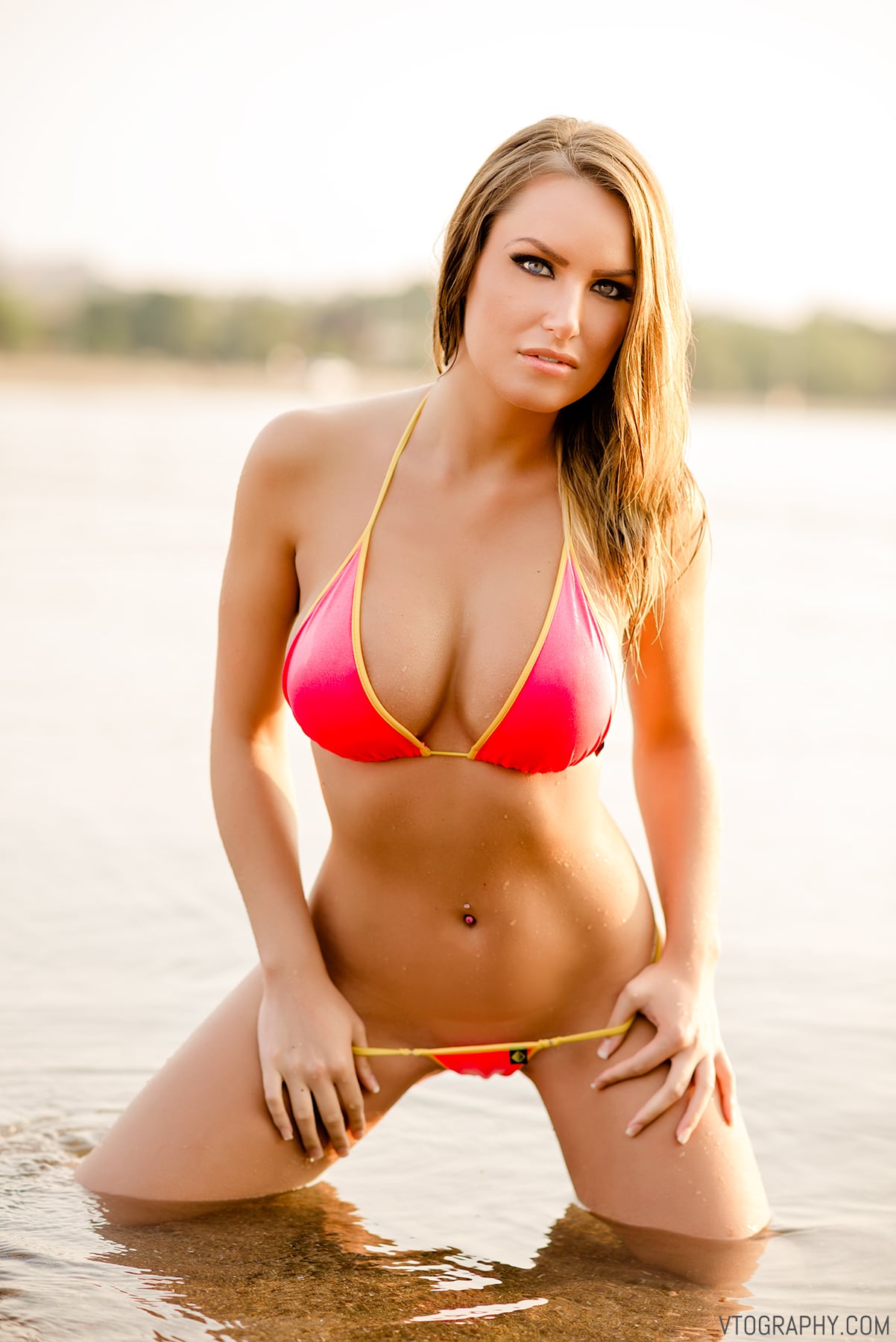 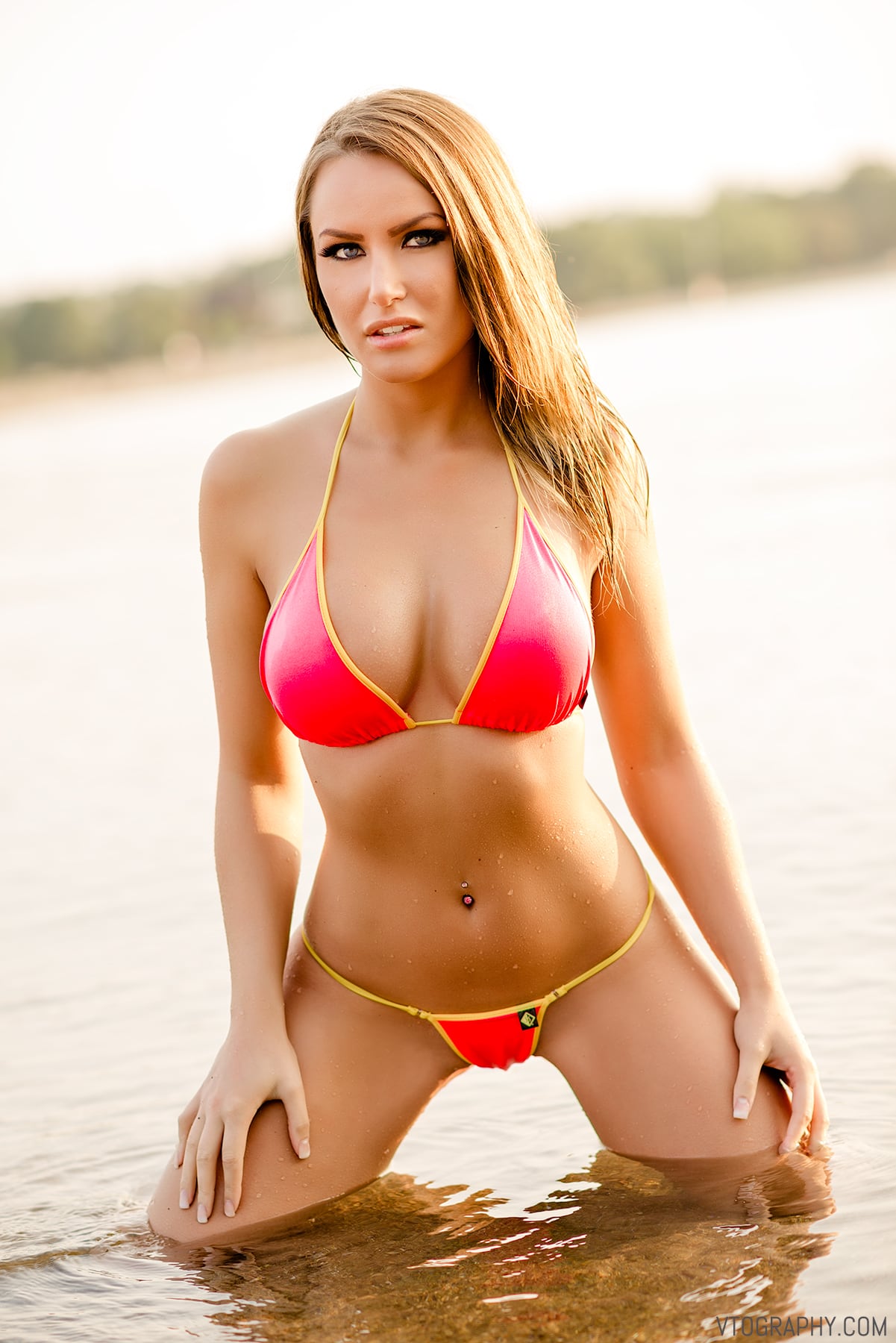 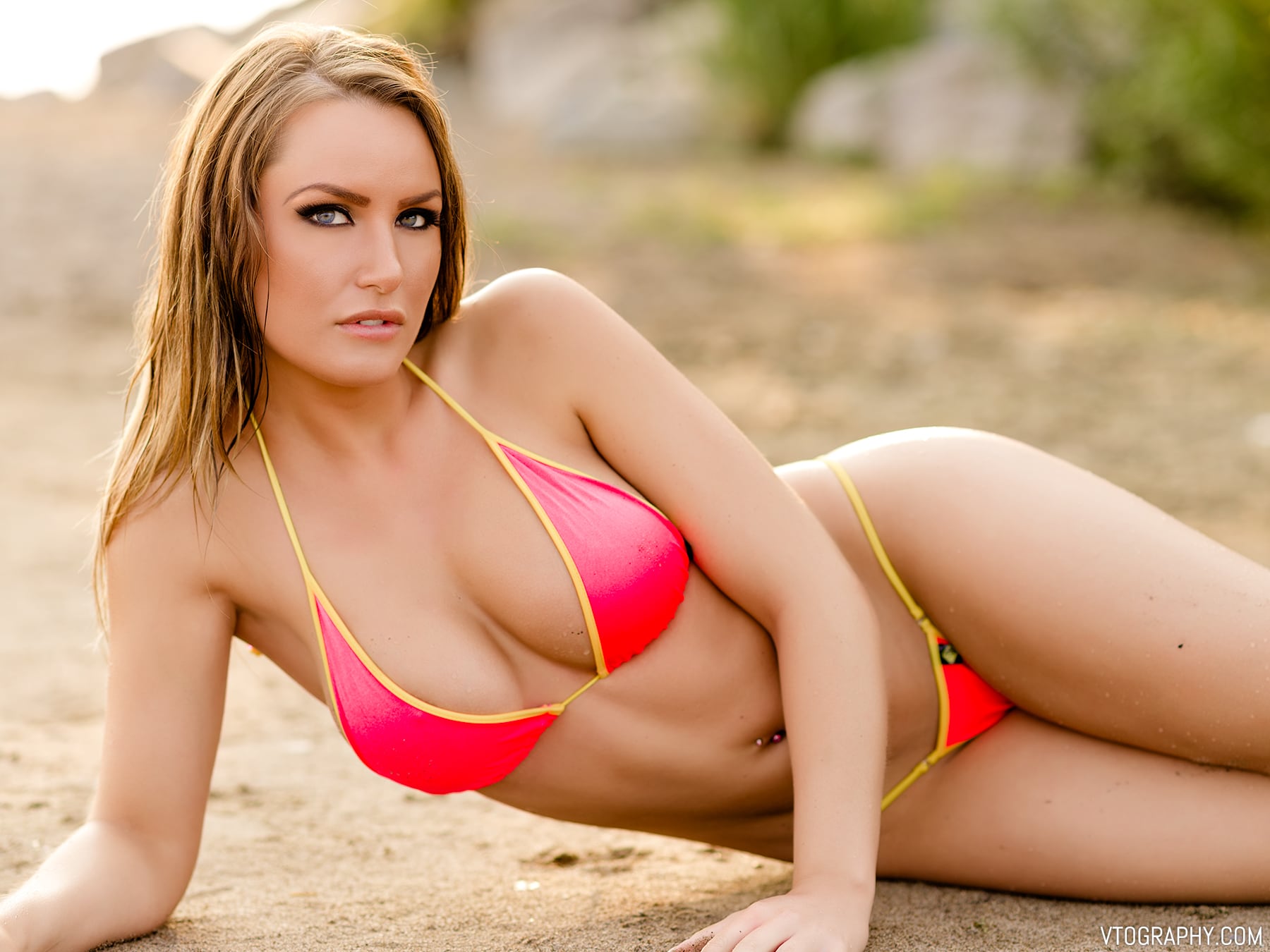 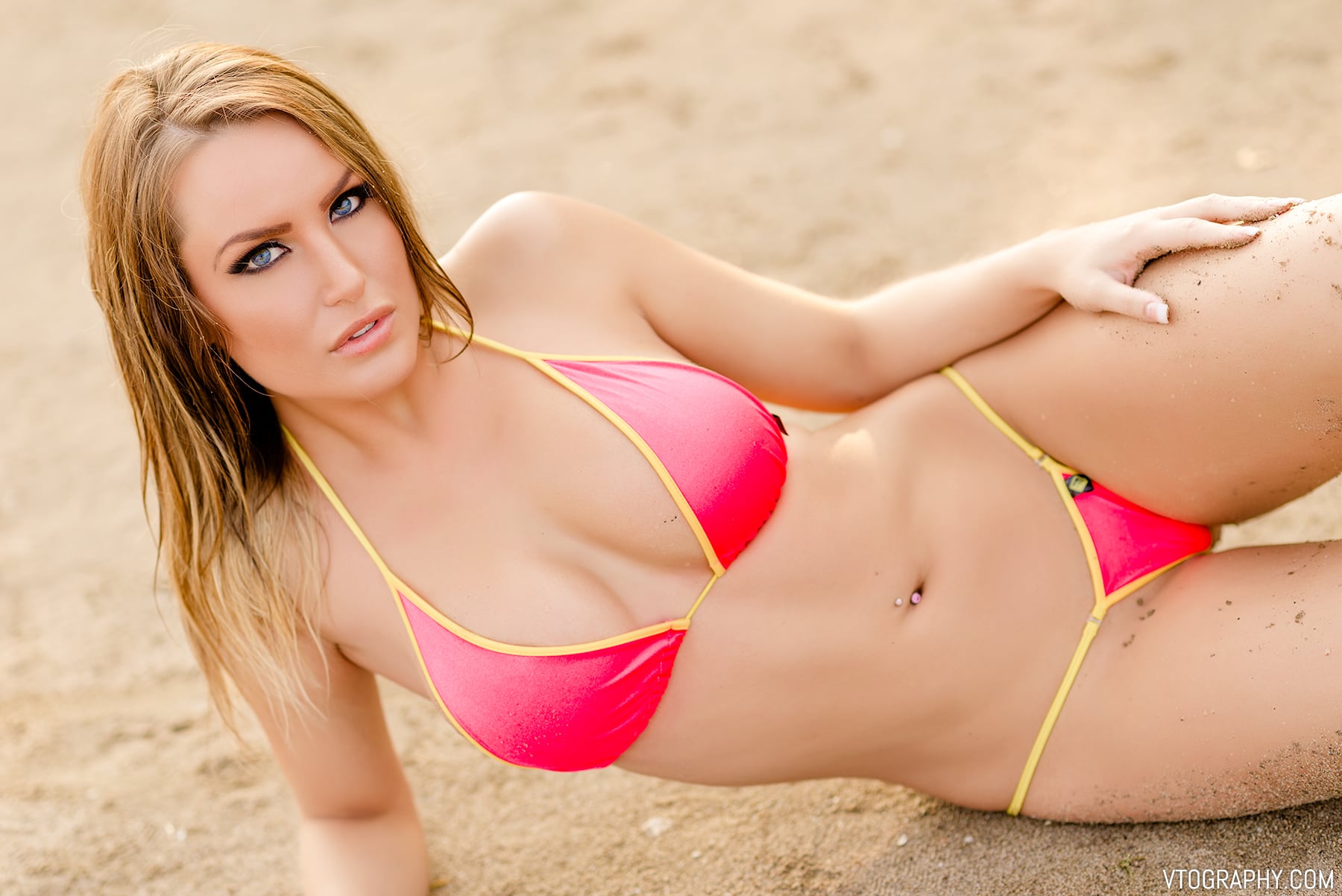 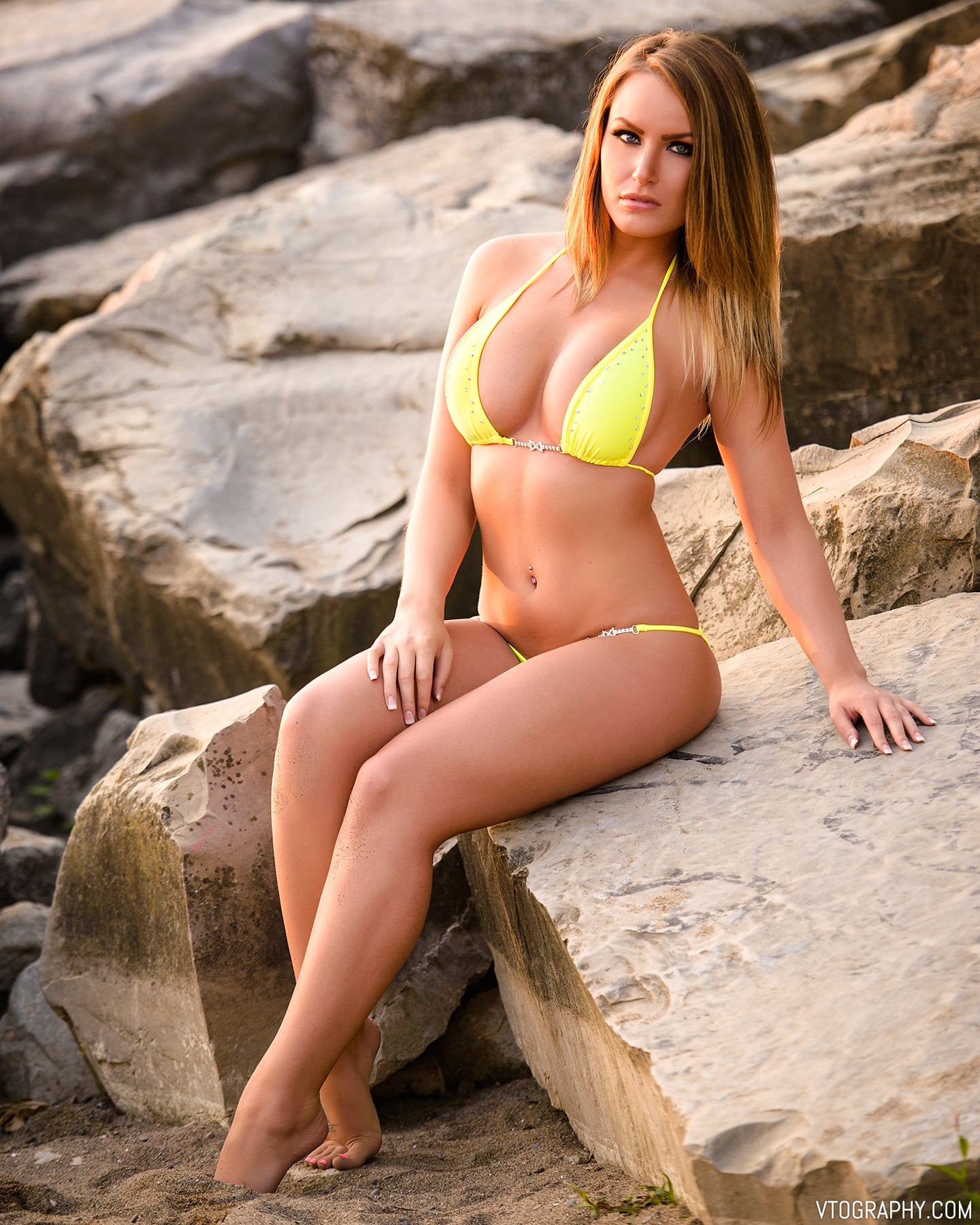 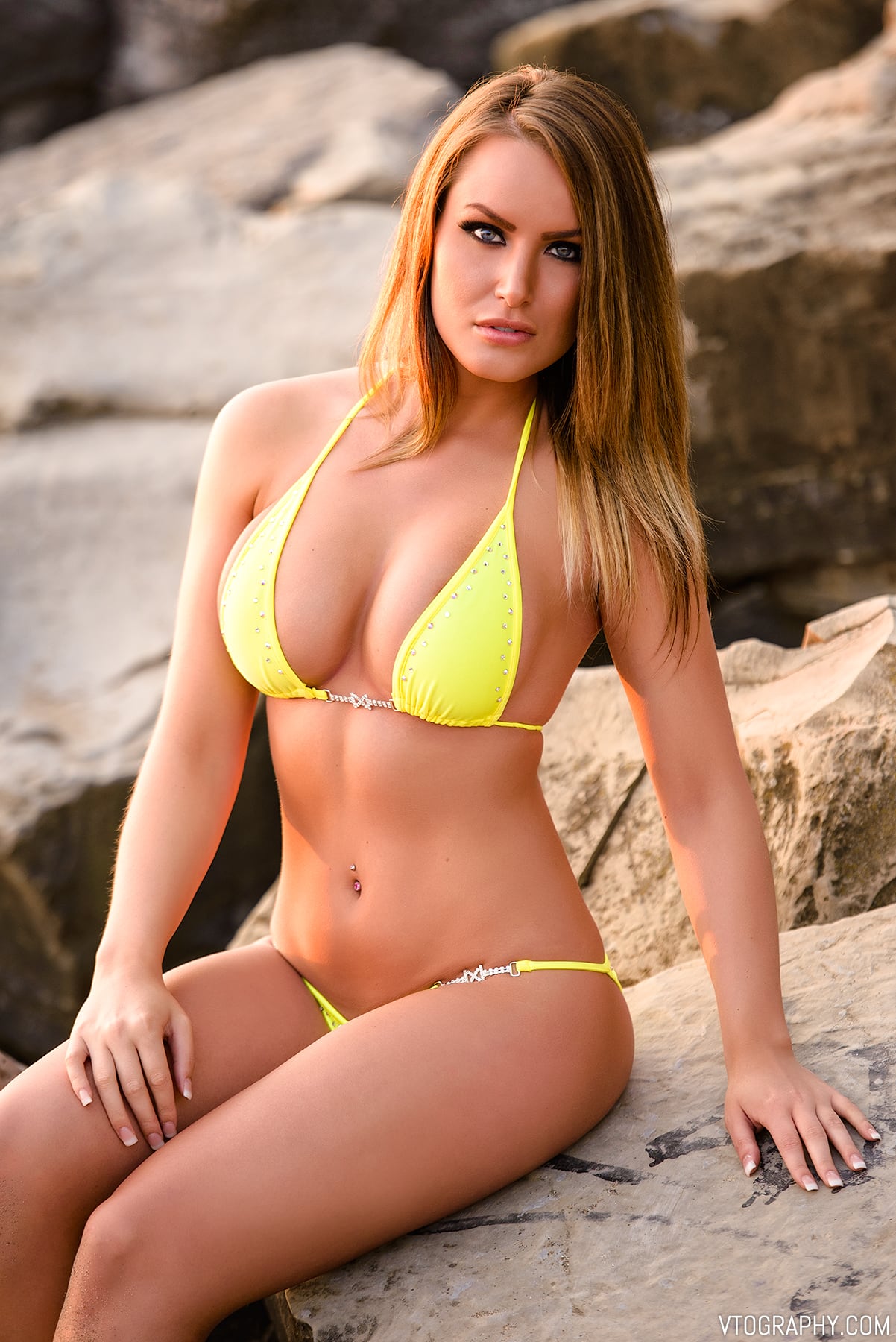 All in all, we got a large variety of shots by using the sun every way possible — backlit, front lit, side lit, overexposed, and mixed with flash.