Michelle is a relatively new model from just north of Toronto who contacted me on Instagram to collaborate on some photos. We used a mix of outfits from both our collections, and a mix of window light, a single strobe light, and a large reflector to create these images. 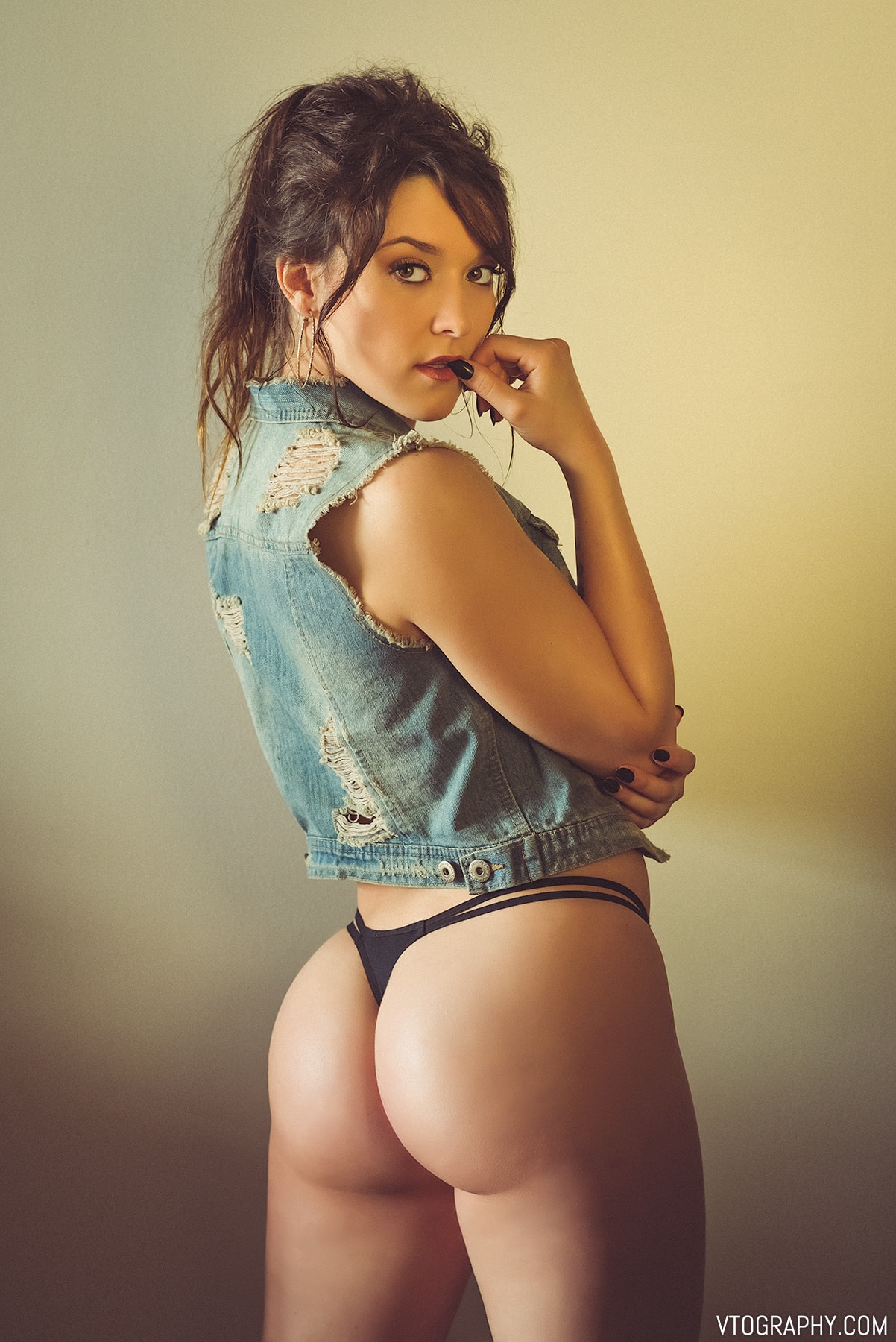 North-facing window light plus a reflector

Michelle is fairly new to modelling so I didn’t want to intimidate her too much by surrounding her with a plethora of lights and modifiers and such. To keep it simple, I used the 10’ x 10’ panel of north-facing windows in my condo combined with a large 36” x 48” 5-in-1 reflector (VIEW ON AMAZON). For these first images, the gold side of the reflector and a slightly warmer than normal white balance (“Cloudy”, or about 6500°K) gave off the warm tones I was looking for instead of the more stark look that would have resulted from the daylight, white wall, and white reflector side.

Michelle’s denim jacket was perfect — the sleeveless style works really well for her, and I like the distressed look better than a “brand new” look. Now, after seeing these photos you might ask the same thing I did, which is, “Michelle, how did your butt get so big?”

“Pasta,” she replied. Every day. No squats. Just pasta. 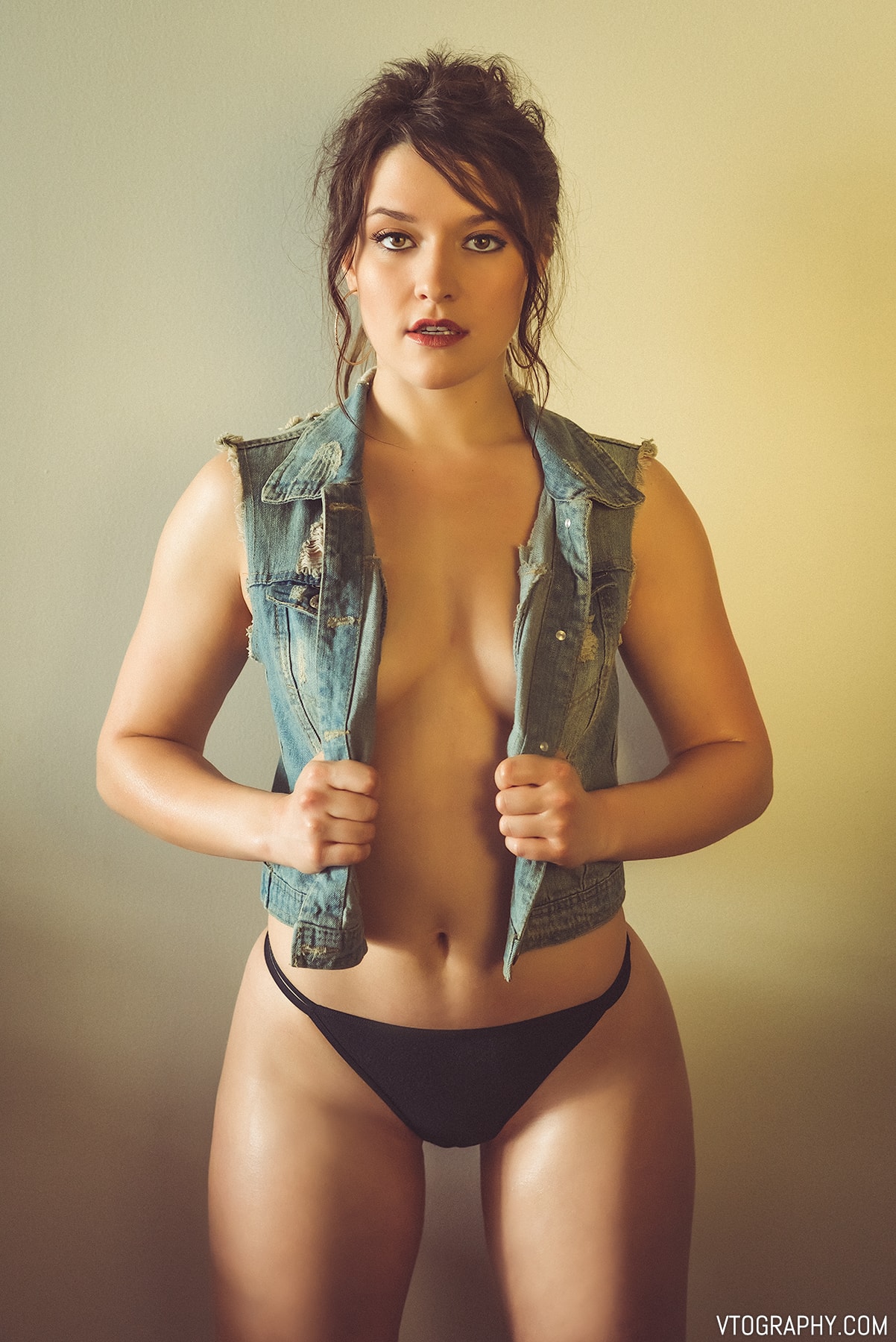 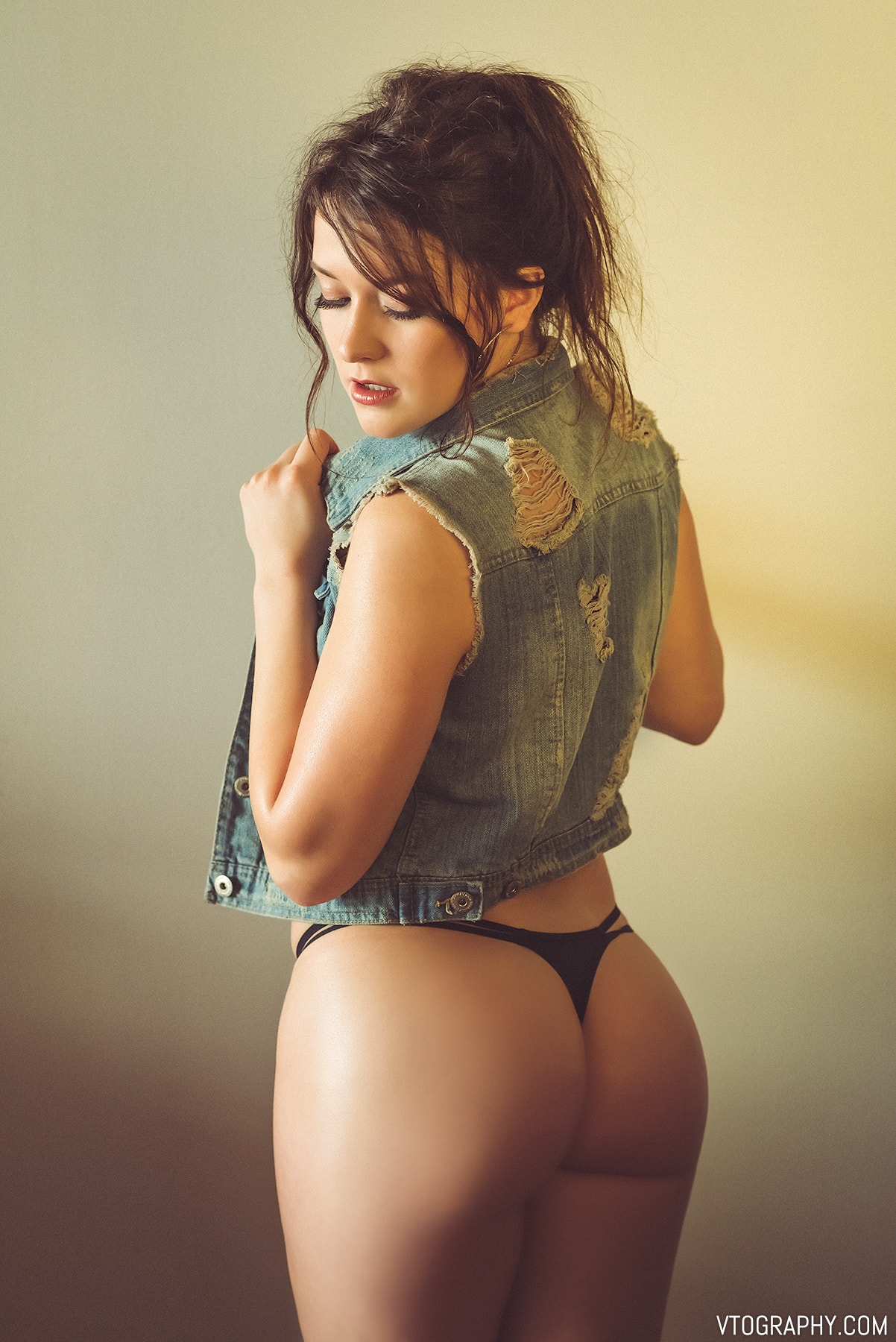 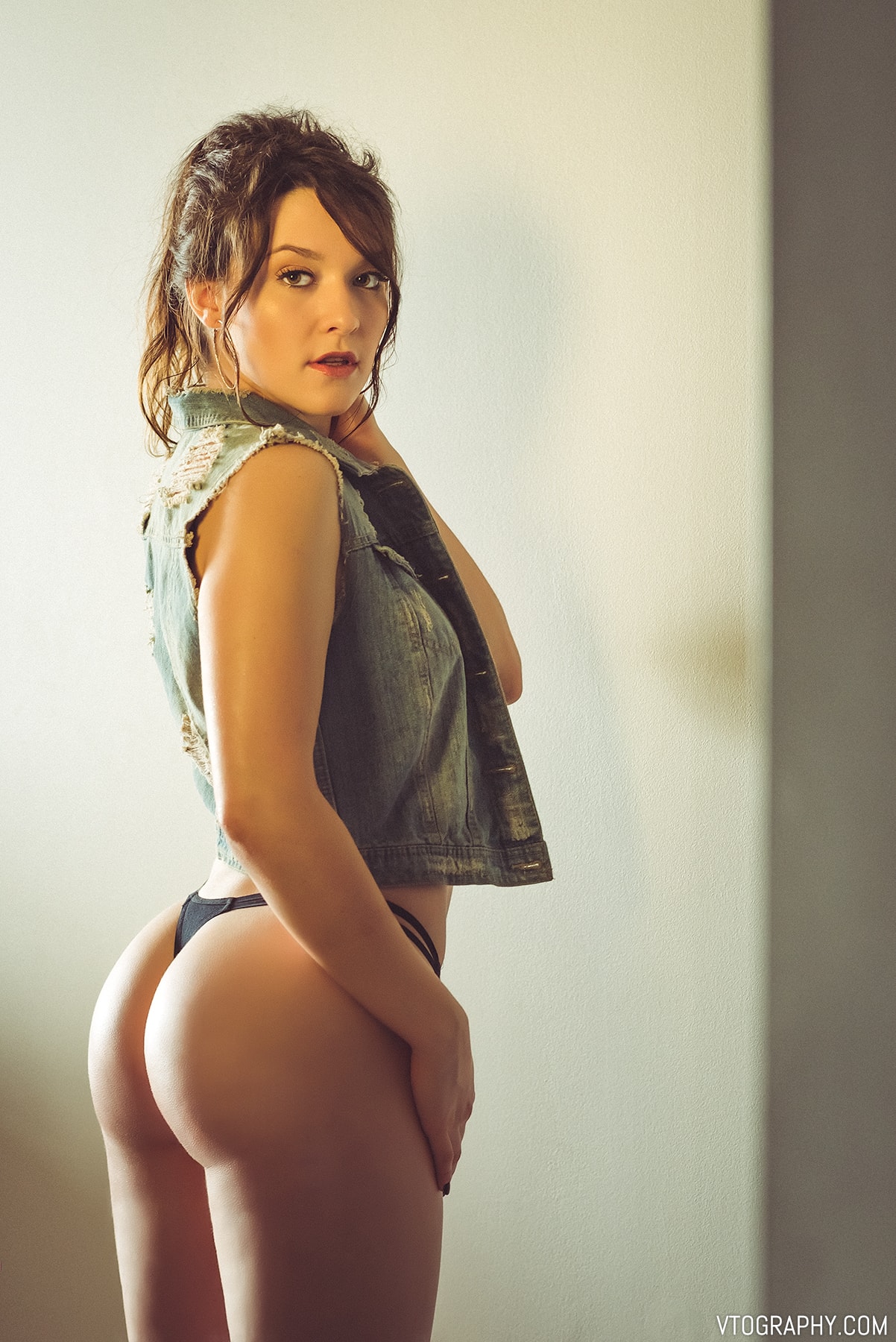 North-facing window light without a reflector

It’s well known that north-facing window light is the best for artists and photographers, for a few reasons: it’s uniform, fairly consistent throughout the day, and indirect. A constant, soft, diffused light source is a dream for anyone creating visual art. Instagrammers, Etsy sellers, YouTubers, listen up: find a north-facing window for the best lighting and most consistent look for your media.

The following photos feature the same windows as the previous set of photos, but Michelle is placed within inches of the windows, meaning the light source is much softer. The closer a subject is to a light source, the softer the light will be. I didn’t use the reflector for these images, as being closer to the light source also provides a great wrap around effect, meaning there was less of a need to use a reflector to fill in shadows on the non-lit side. While Michelle’s left side (right side of the image) is darker than her right side, it’s not a harsh shadow.

You might recognize Michelle’s “Squeeze These Lemons” shirt from some previous images I made many years ago, although these current images are by far the best. Personally I found the shirt hilarious which is why I held on to it for so long, and Michelle found it equally funny and wanted to wear it the second she saw it in my collection. The shirt is from Buffalo Jeans and the equally cute lemon-themed bottoms are from Forever 21. 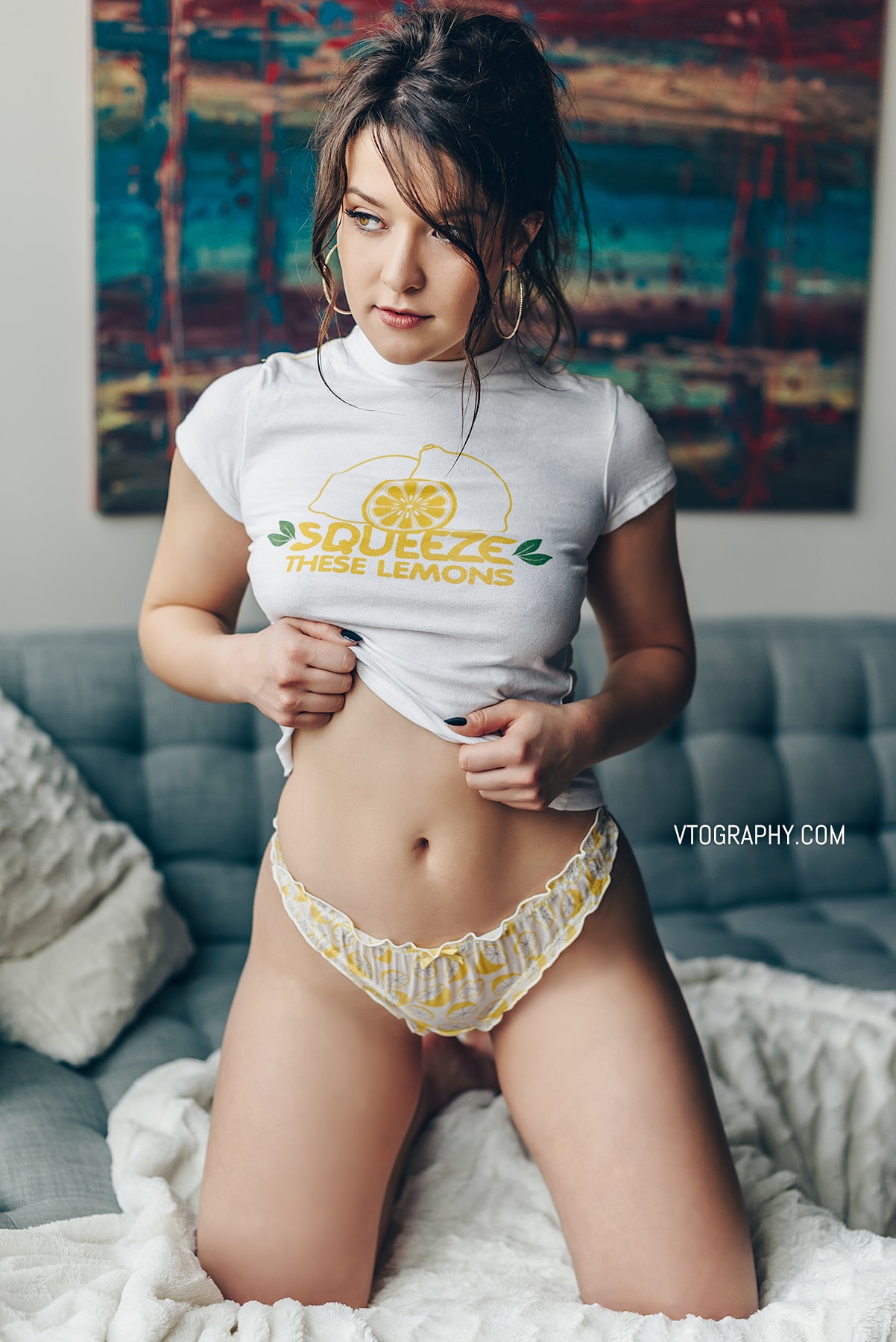 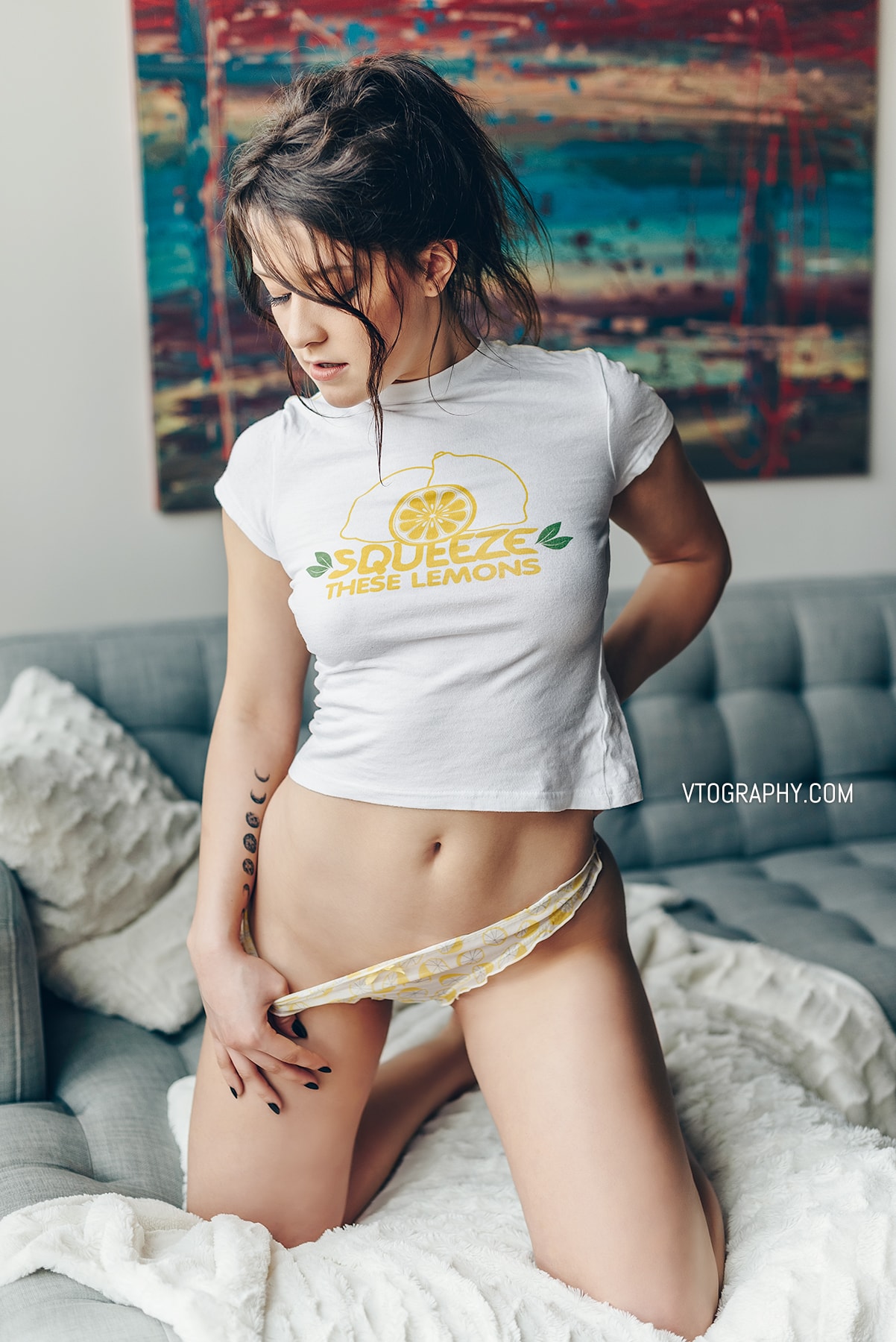 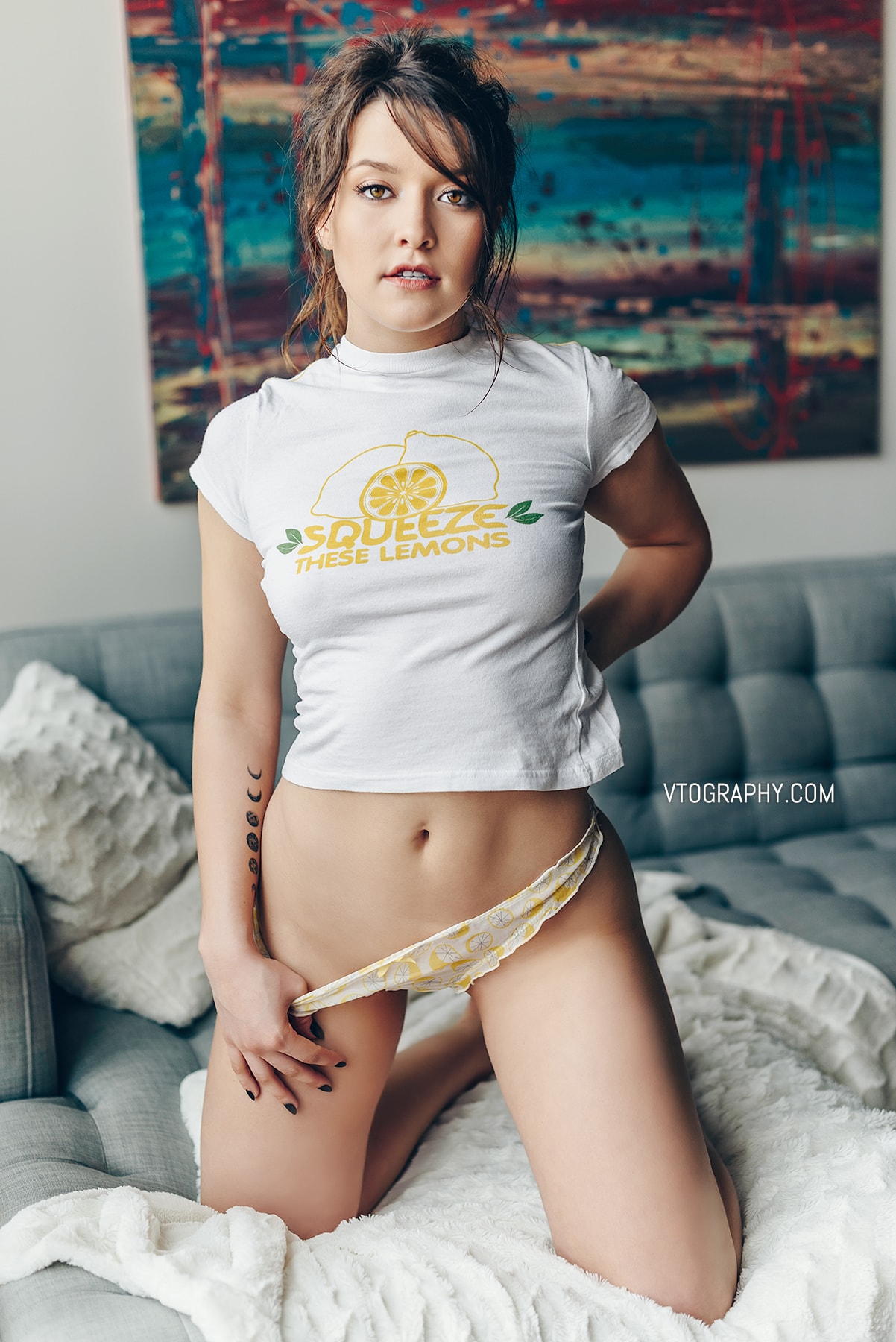 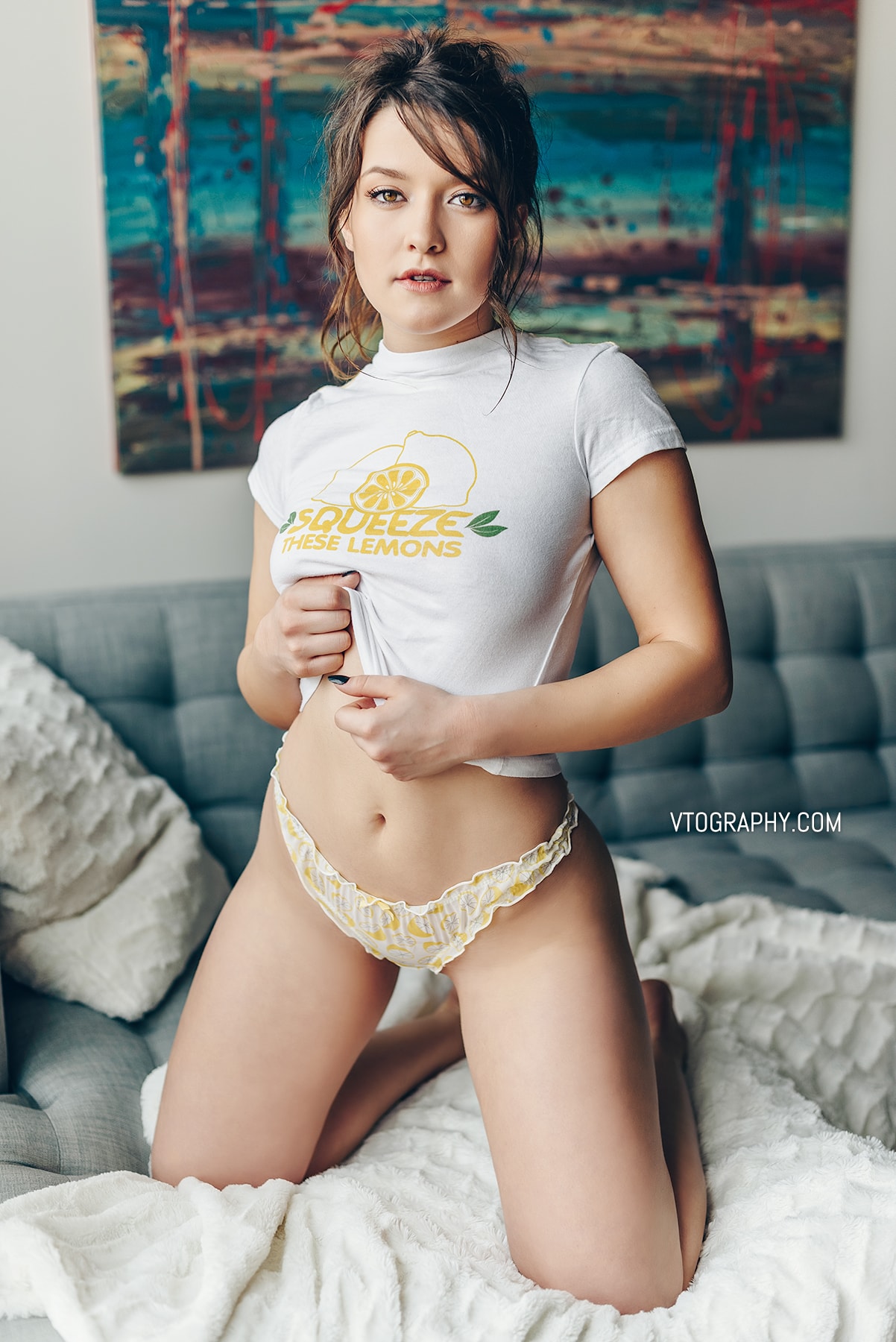 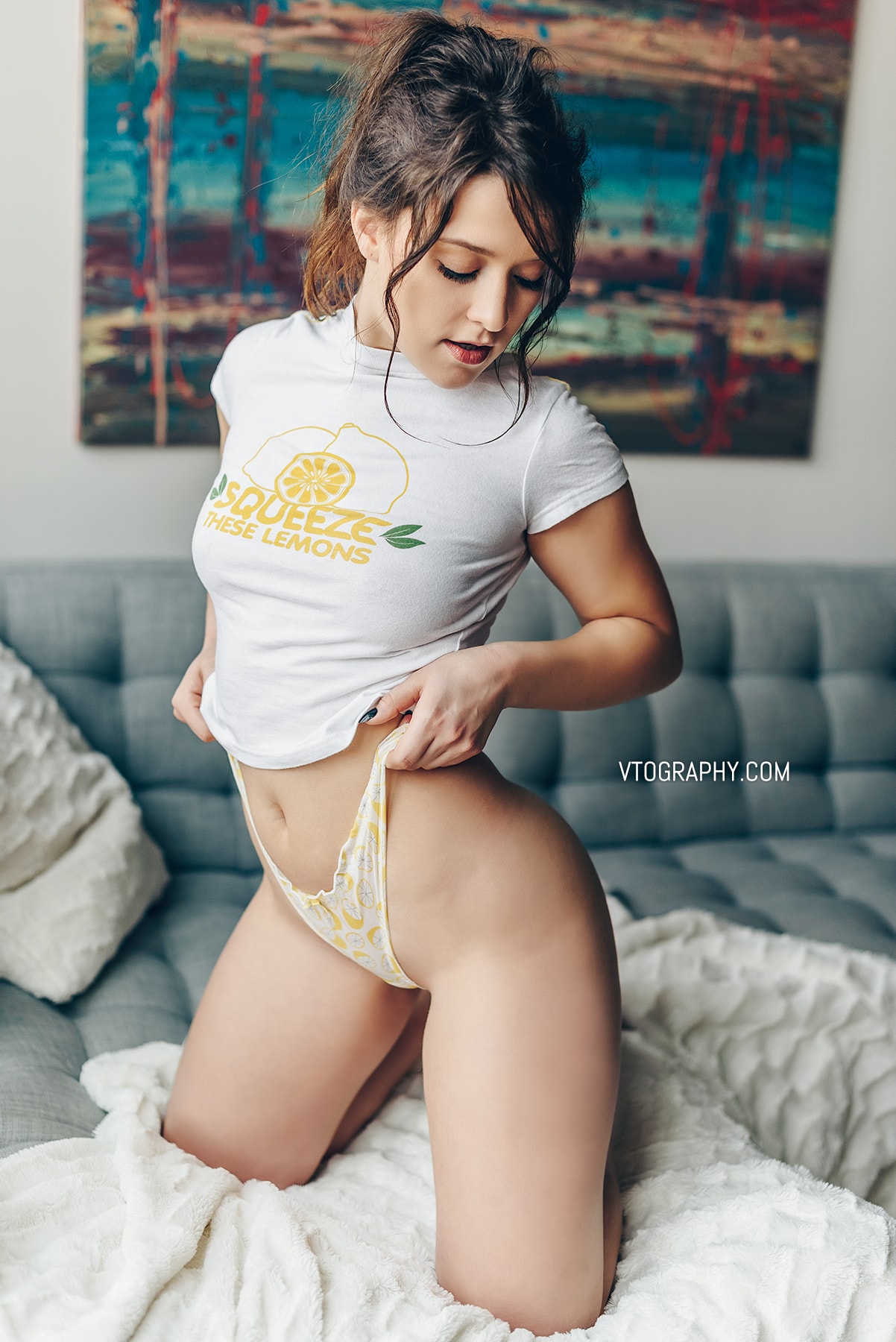 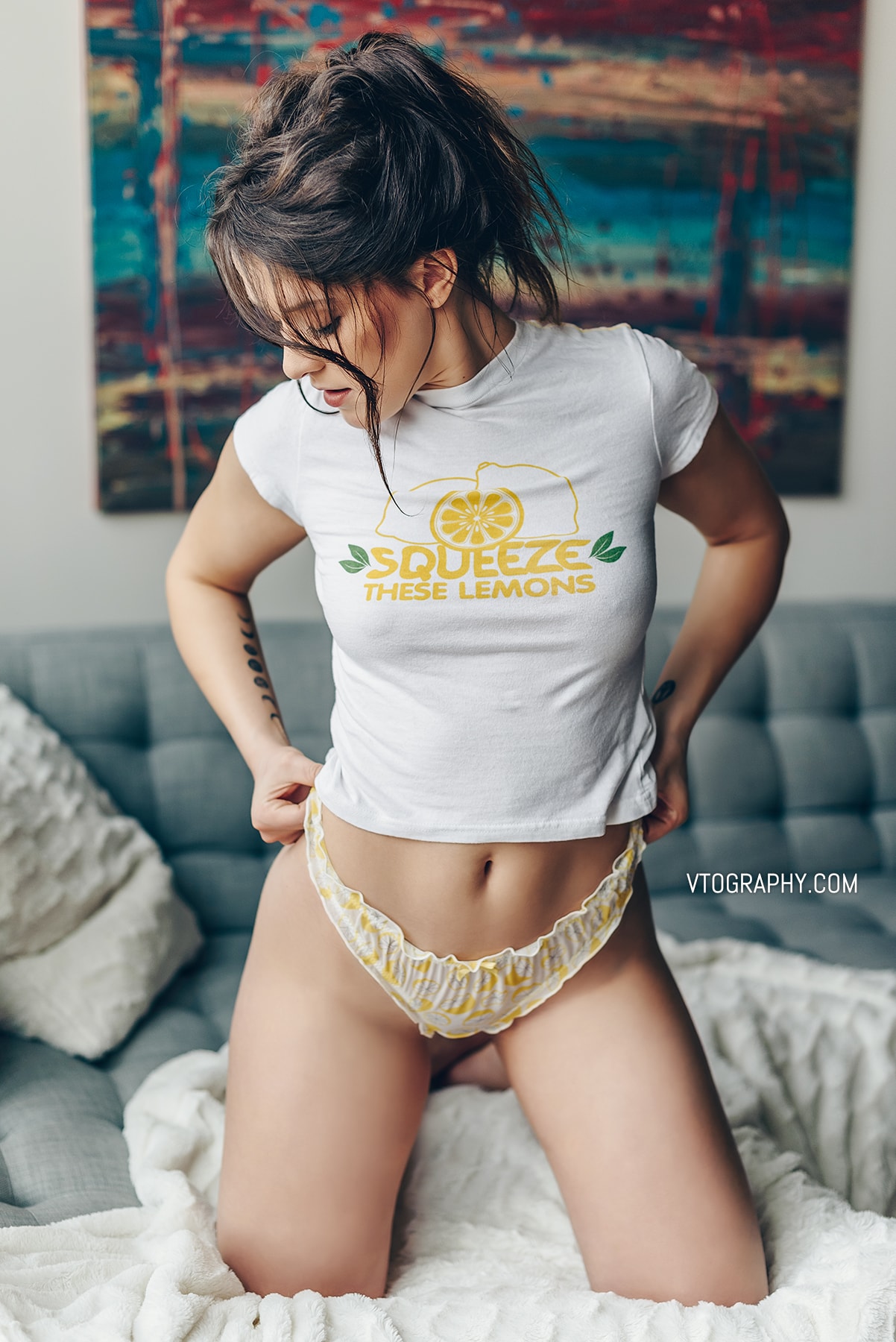 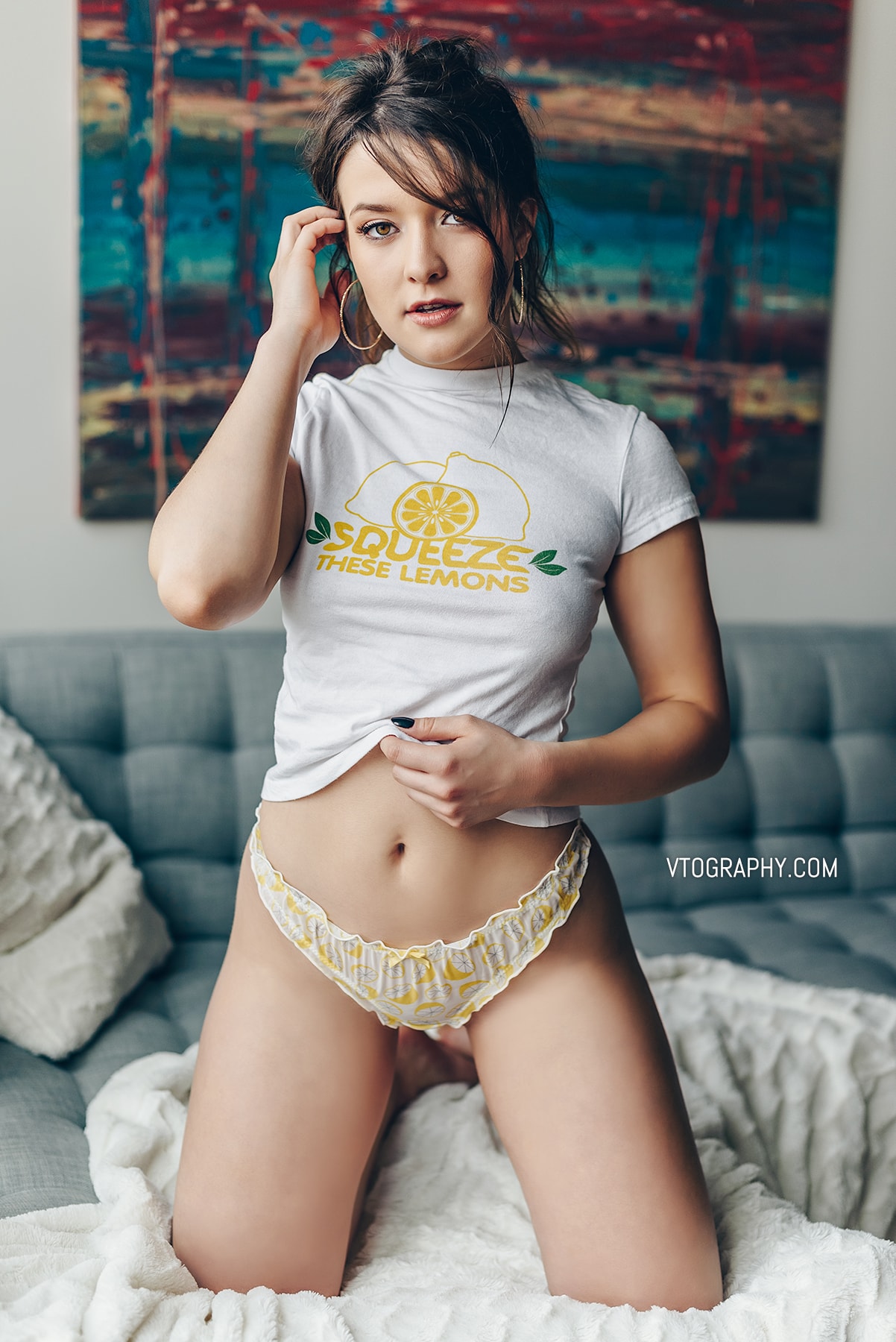 For the final lighting setup of the day, after Michelle was comfortable, I introduced a Paul C. Buff Einstein strobe monolight into the equation, combined with a reflector. The bedroom here has sliding, frosted glass doors, so I placed the light outside the doors, pointing straight at the glass to use the frosting as a diffuser. Because the glass doors are enormous, this gave off a very similar, soft light as the windows.

Pro tip: If you ever find yourself in need of a huge window-like light source but don’t have the right modifier, consider hanging a white bedsheet in front of your strobe as a large diffuser. Doorways work especially well for hanging the sheet — just use gaffer tape to adhere it to the doorframe.

So after positioning the light outside the doors, Michelle was backlit, which meant having to add the reflector back in to bounce some light on to her front side. Instead of using the gold side of the reflector, I opted for silver here. It’s a neutral colour and bounces a lot more light than just the white side would.

Now you might also be asking yourself how I positioned the reflector without an assistant to hold it. Why, a reflector holder of course! It’s a handy little arm that attaches to any light stand. I couldn’t do my job without it. 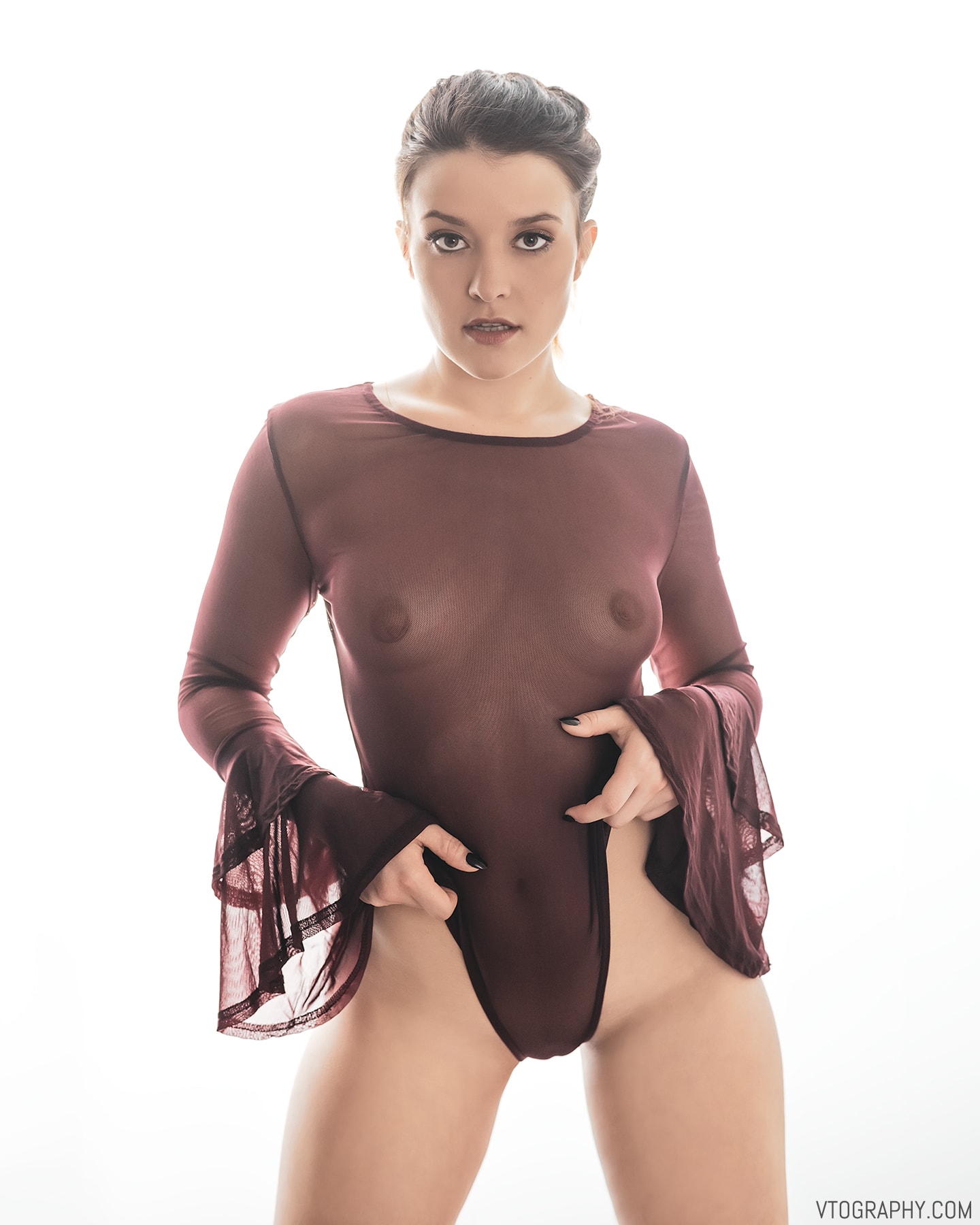 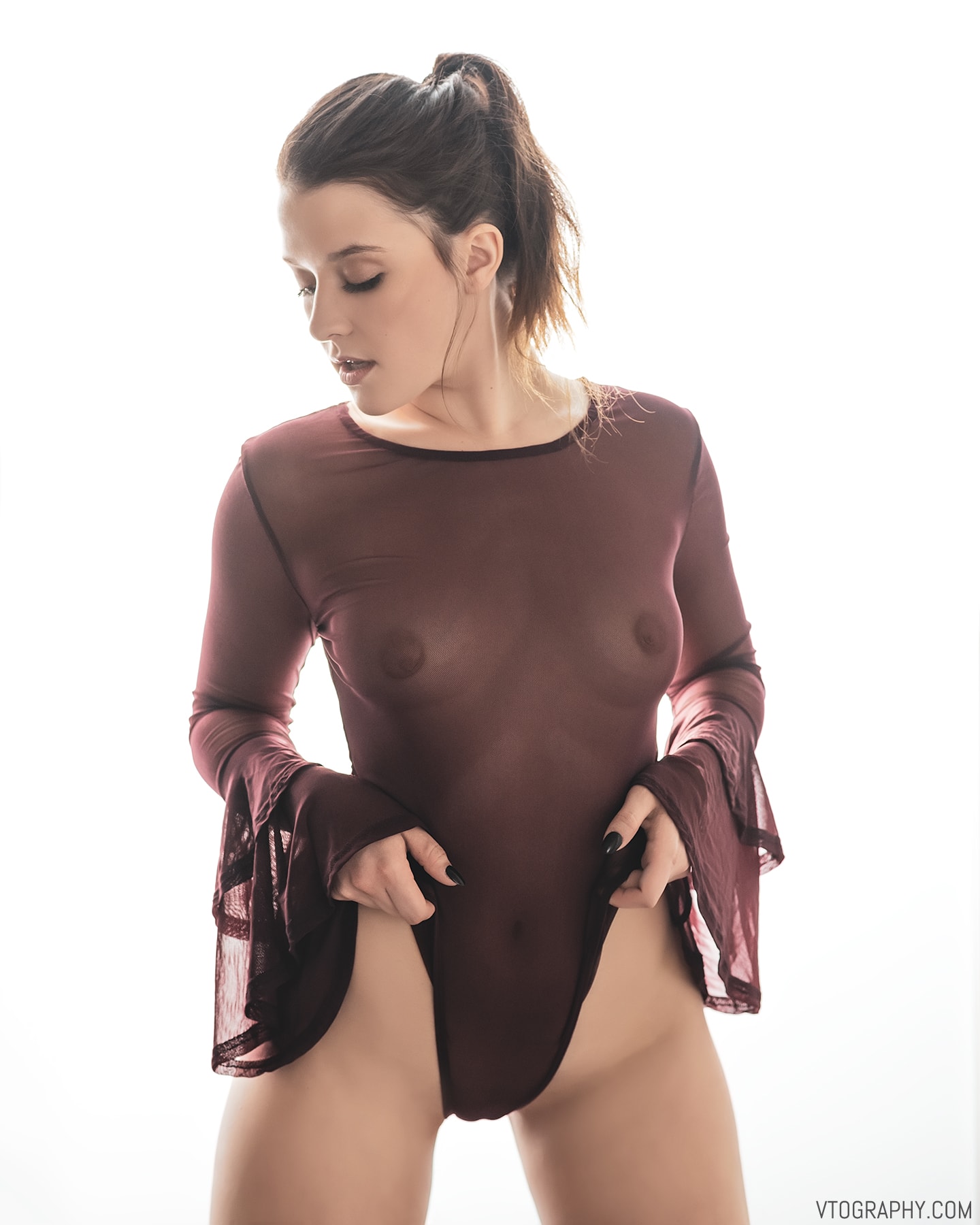 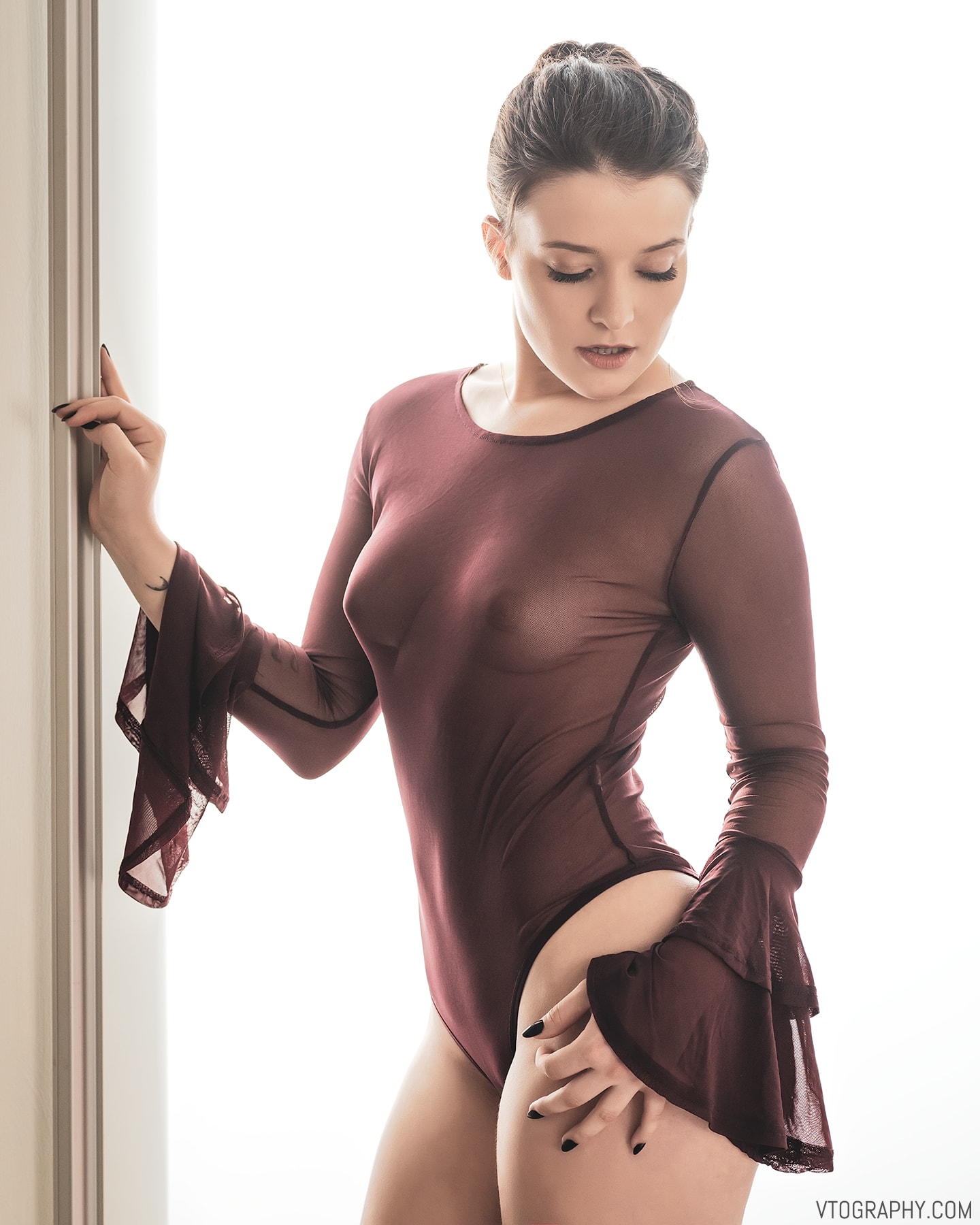 Michelle’s sheer bodysuit with the fun, flared arms is from Urban Planet, which is one of my favourite places for inexpensive and good looking photoshoot outfits.

Lastly, using the same lighting setup, we switched up Michelle’s outfit into some skimpier lingerie pieces from La Vie En Rose. I love their outlet stores, which are great places to find lingerie styles from the previous season for dirt cheap. 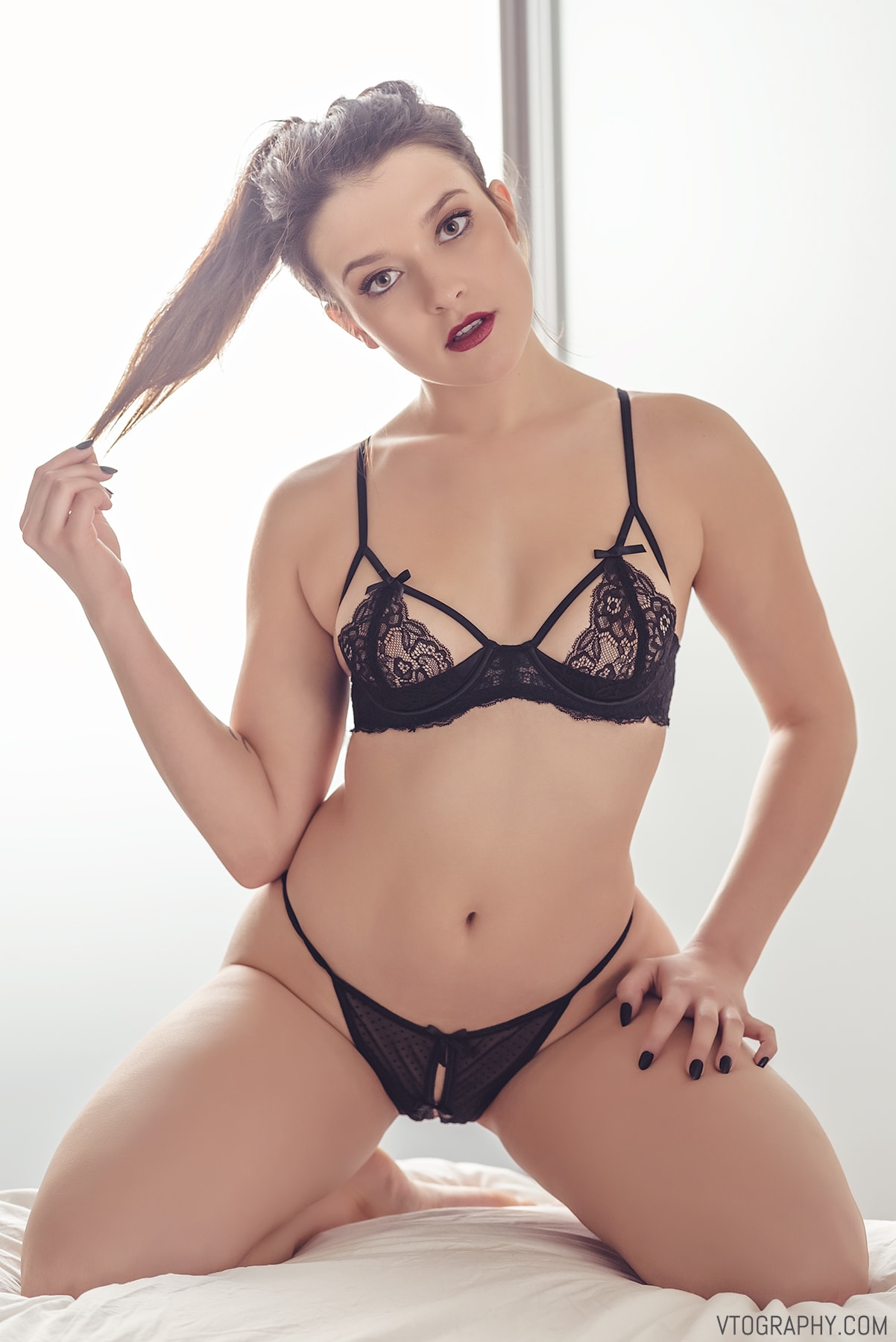 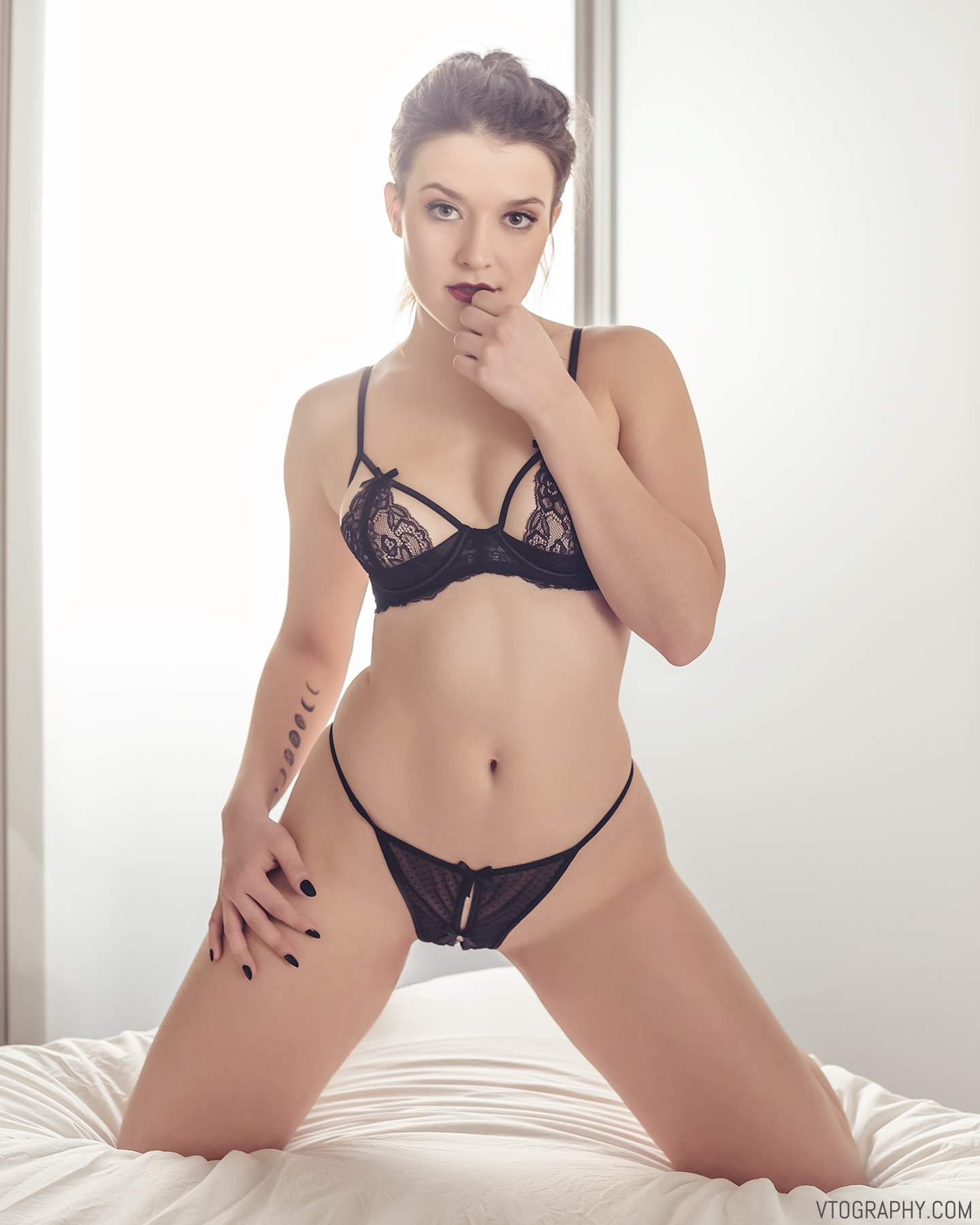 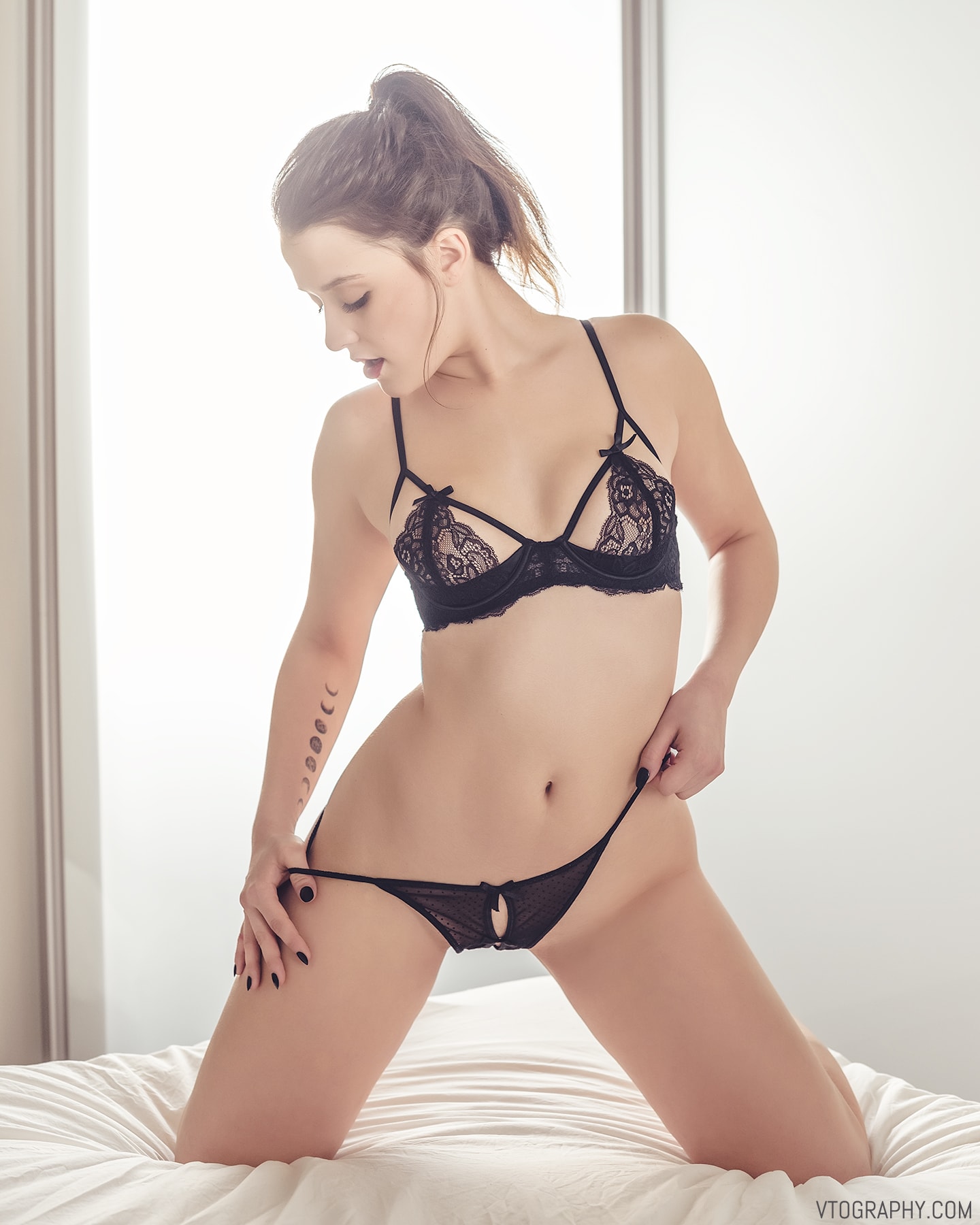 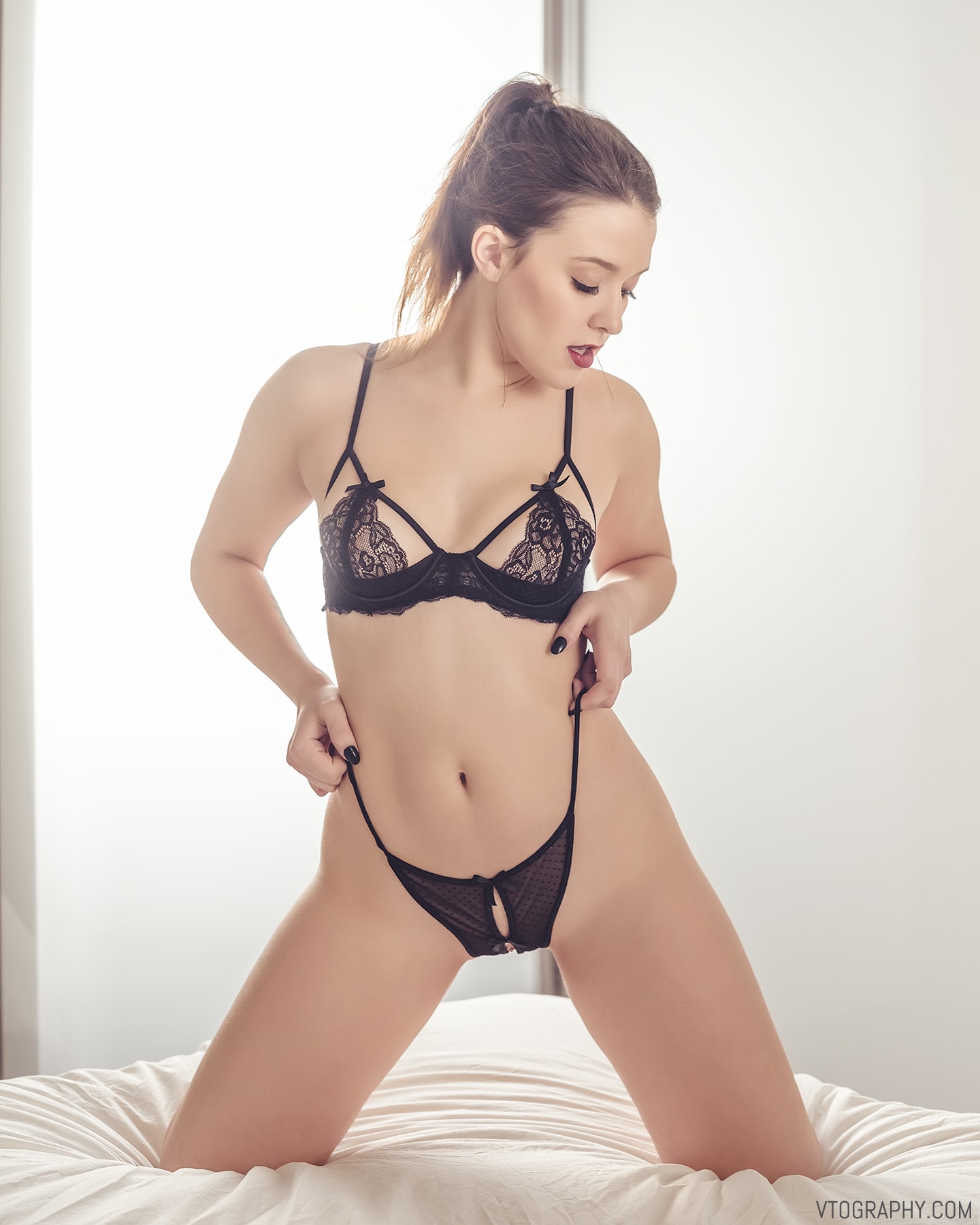 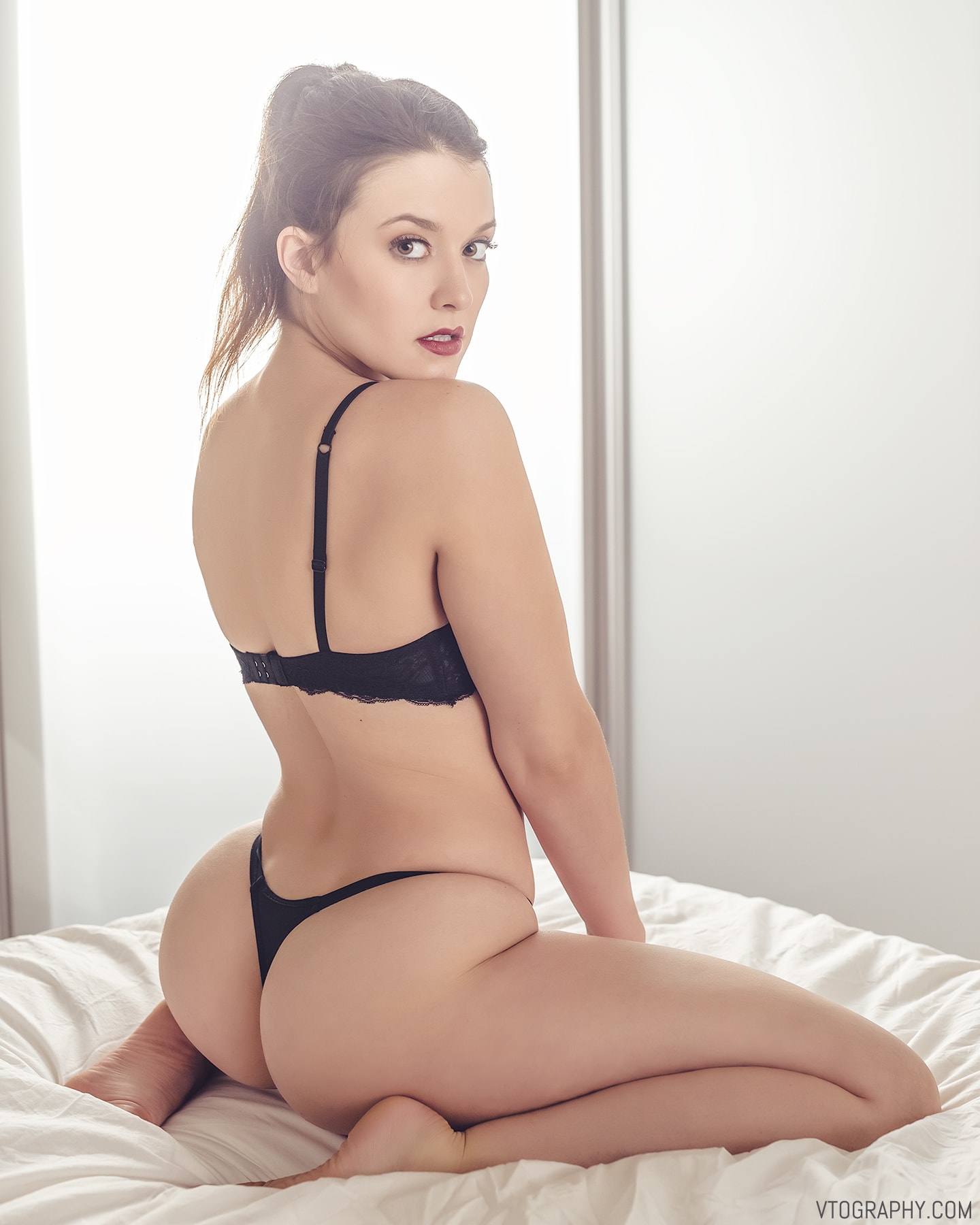 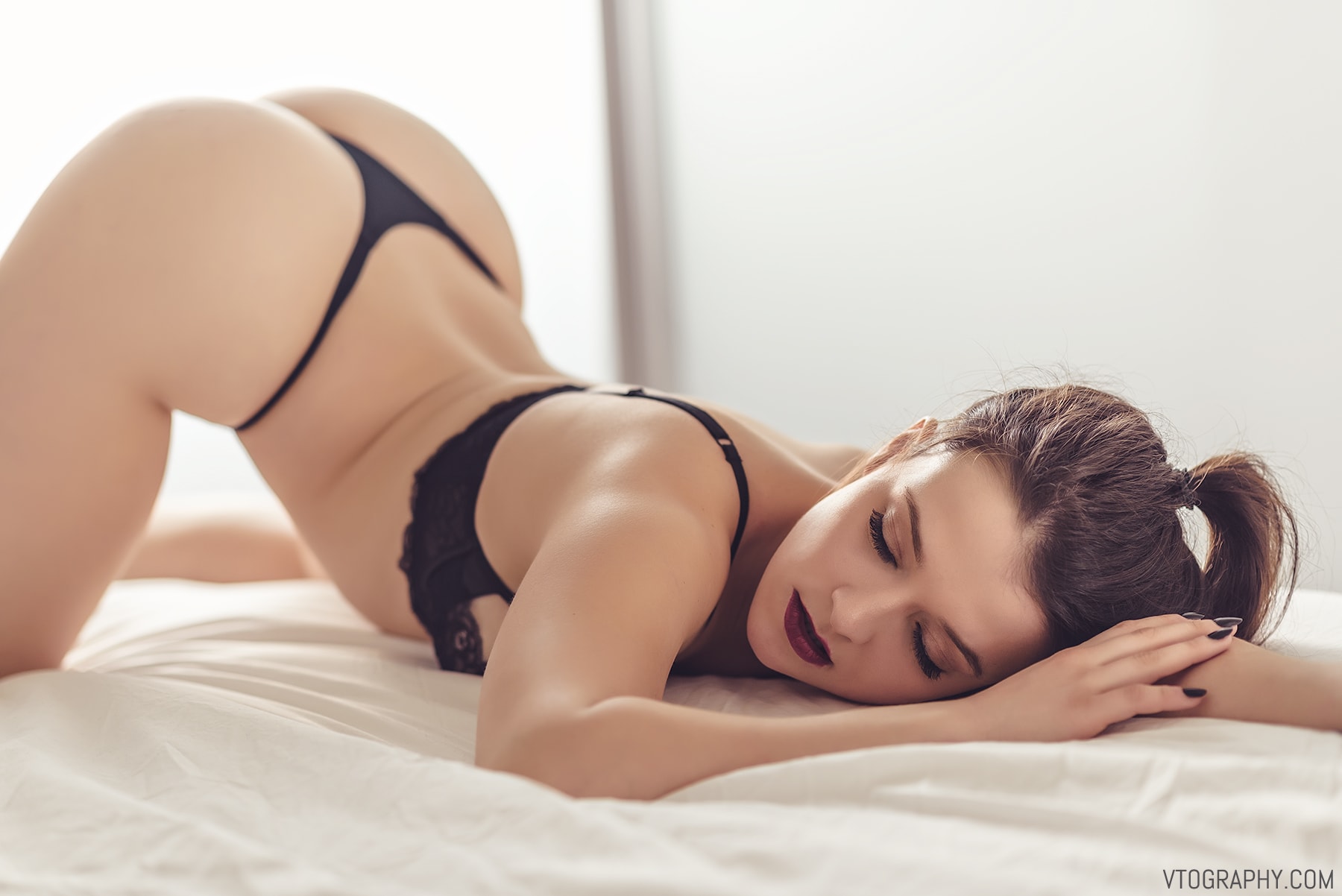 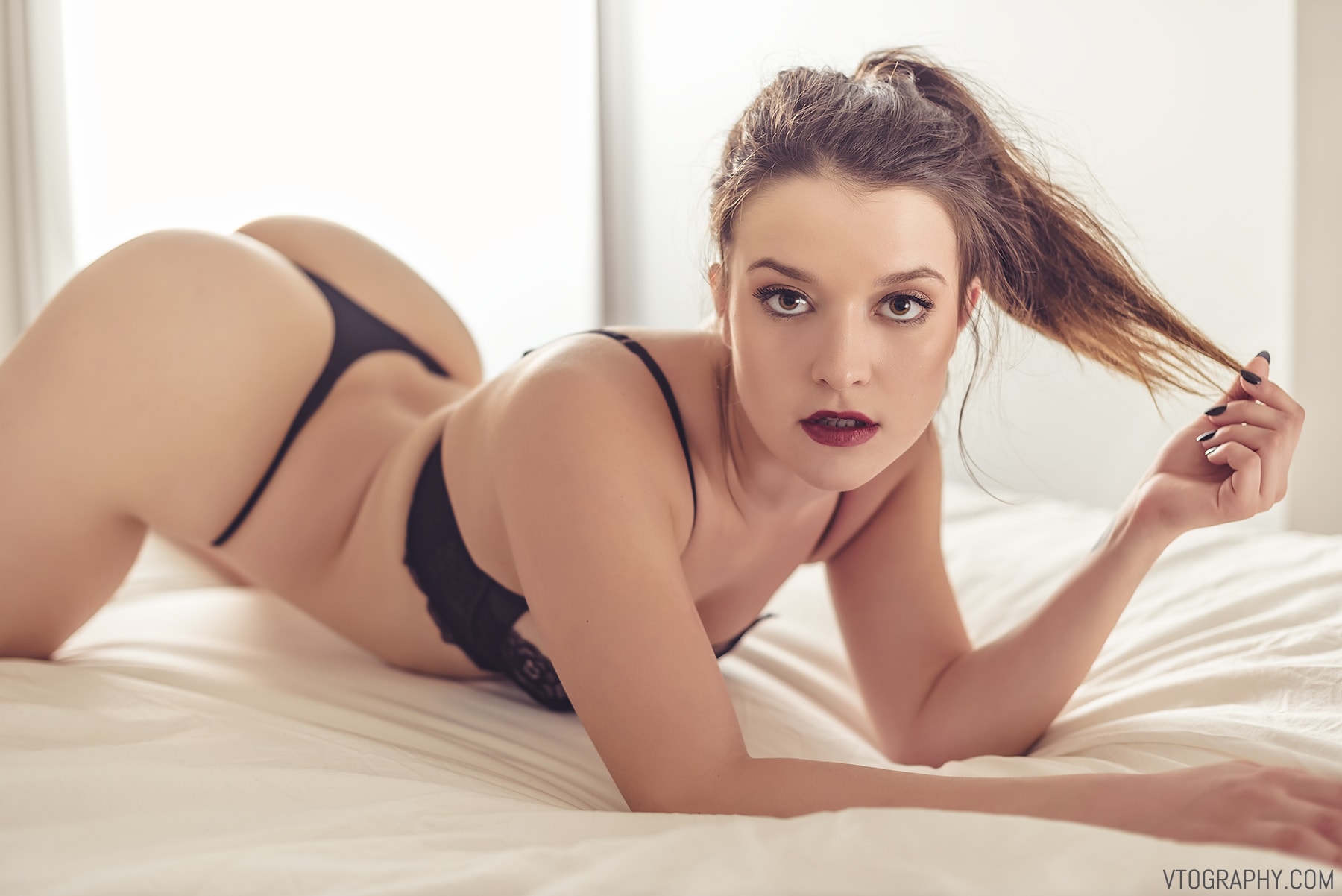 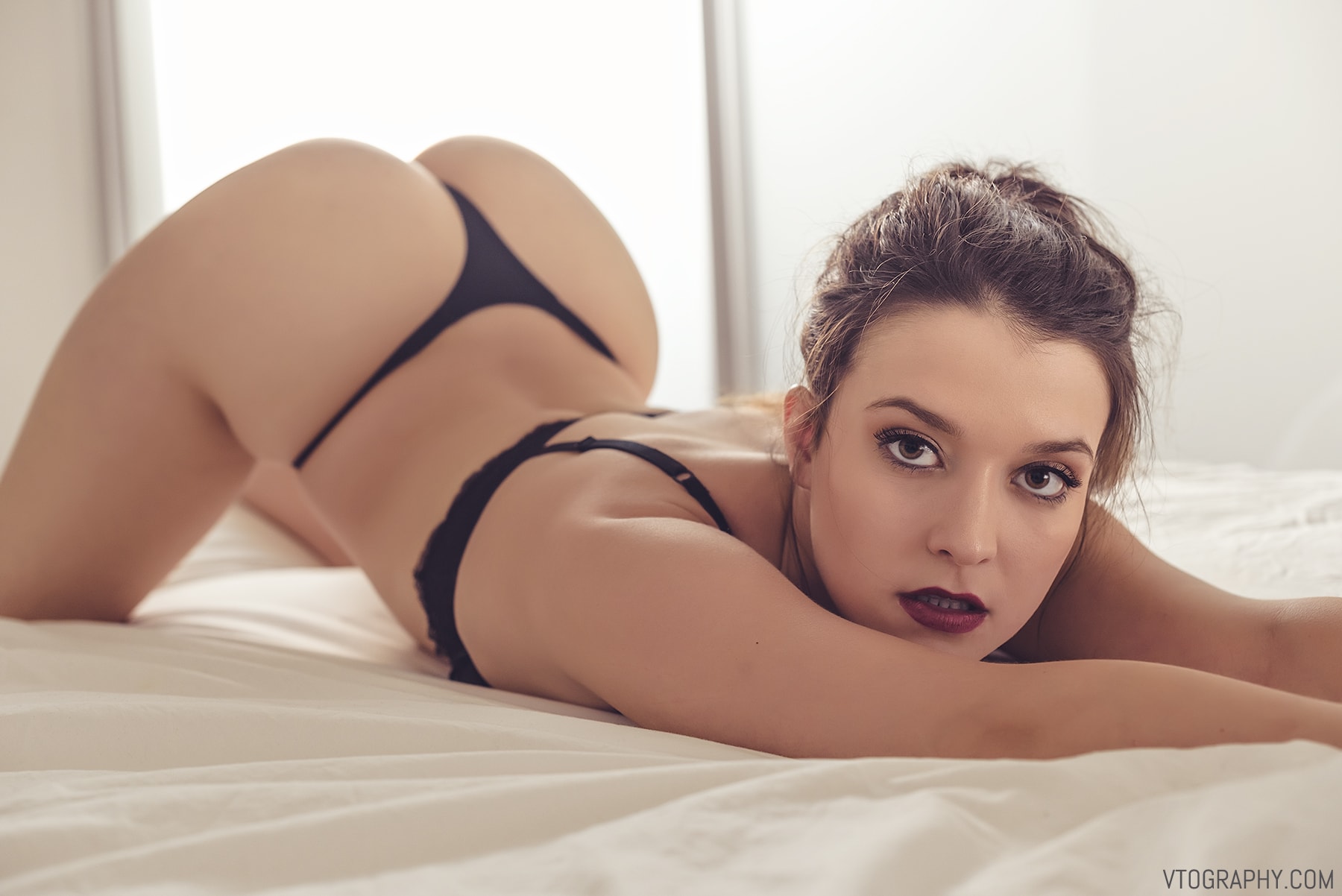 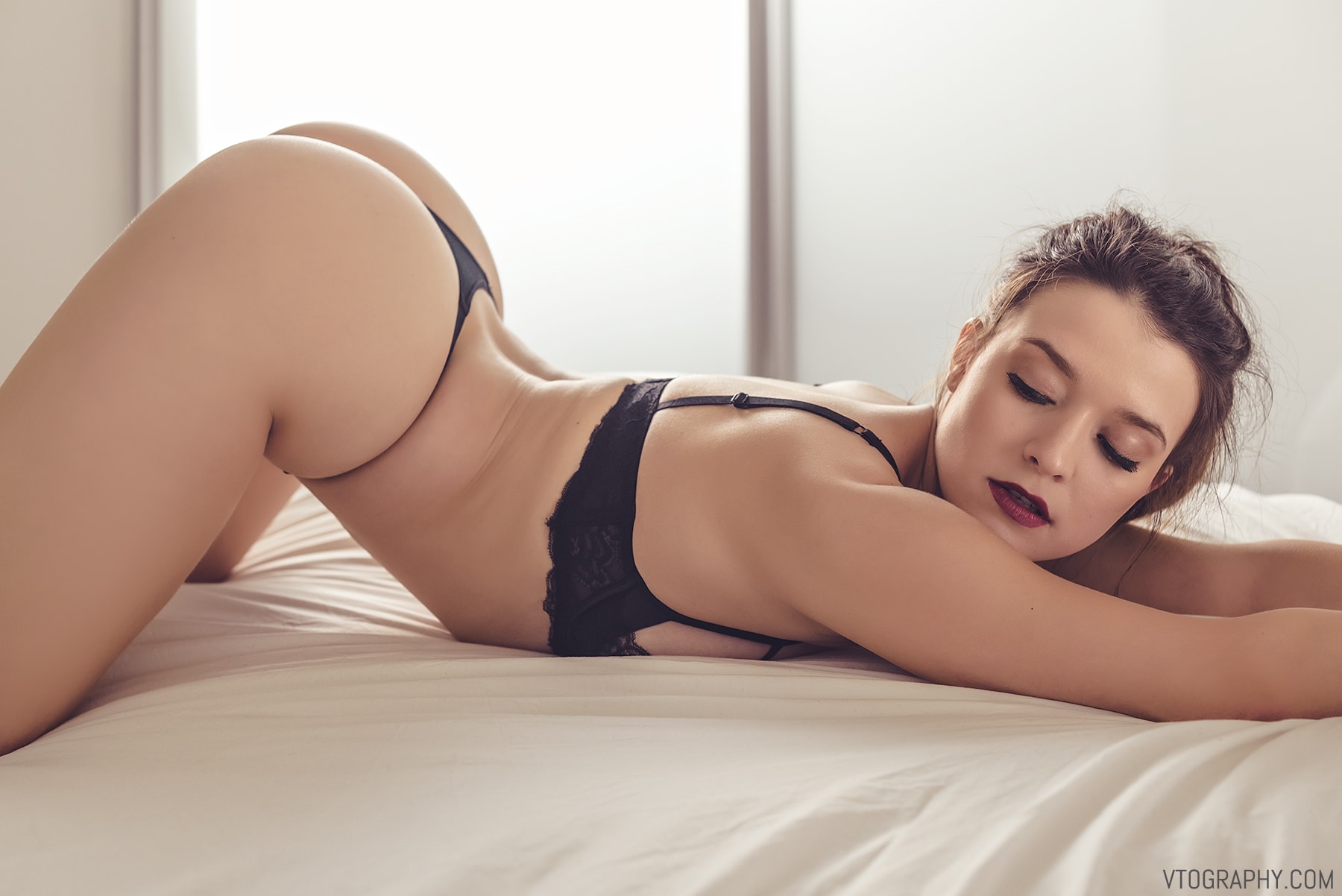 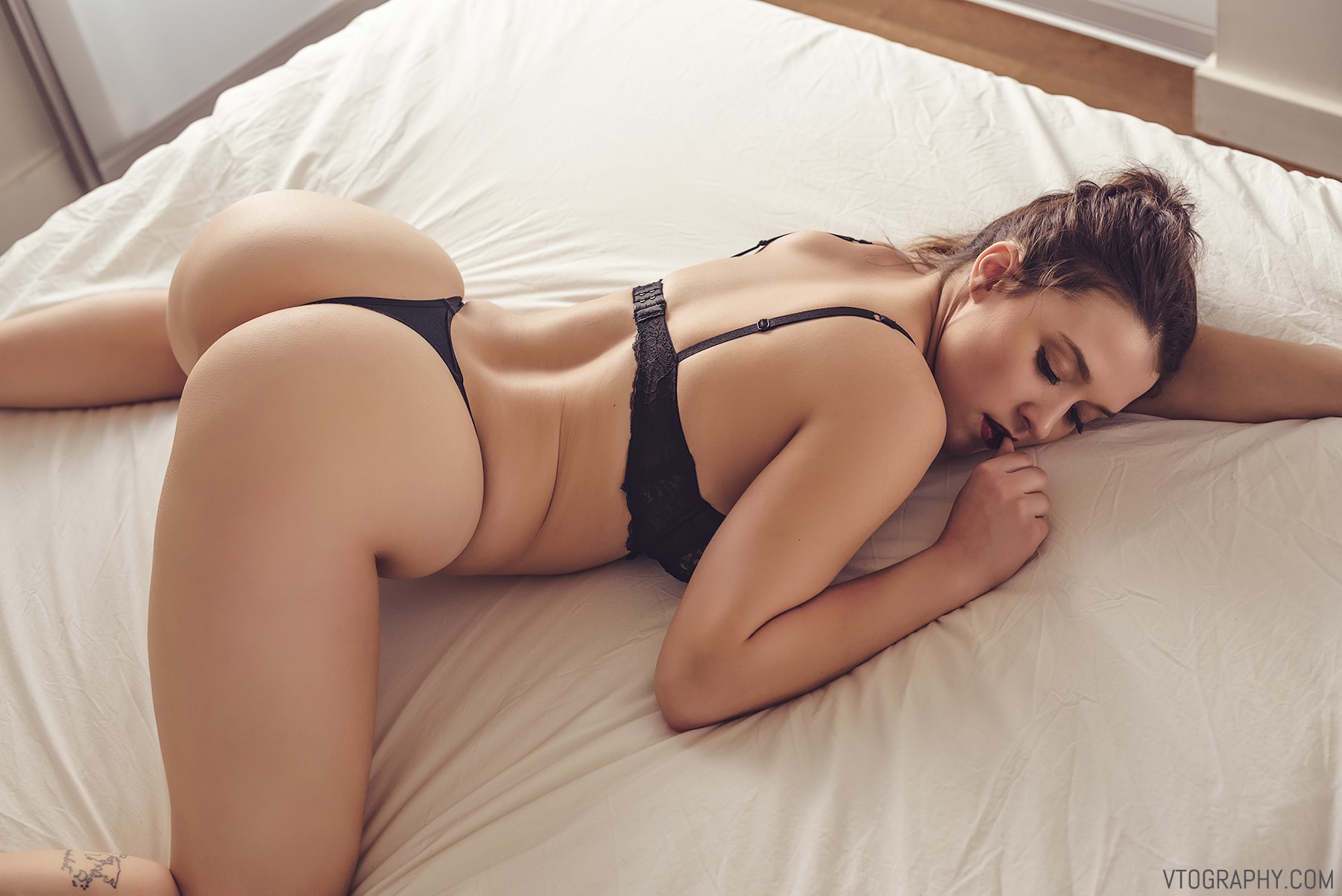 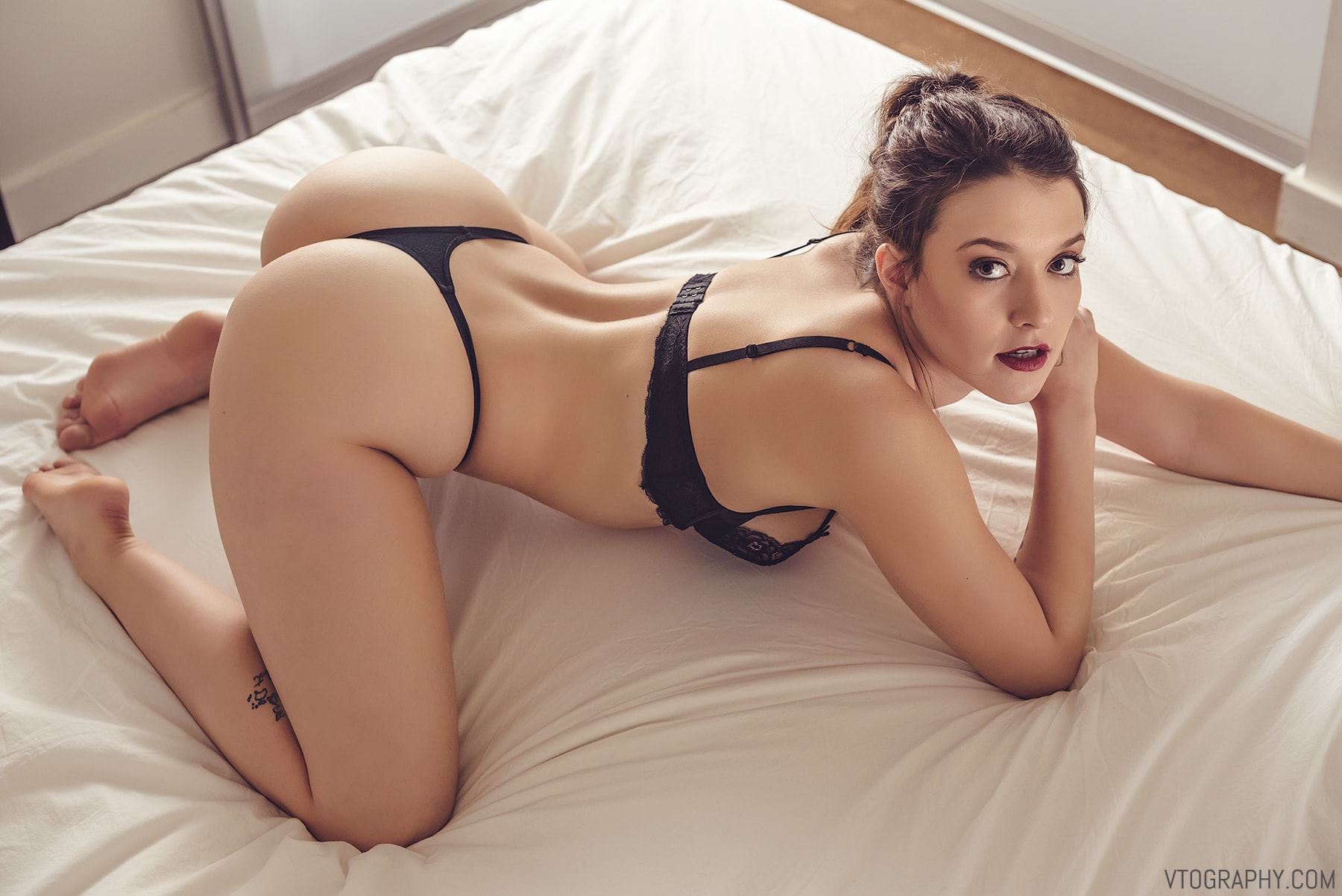 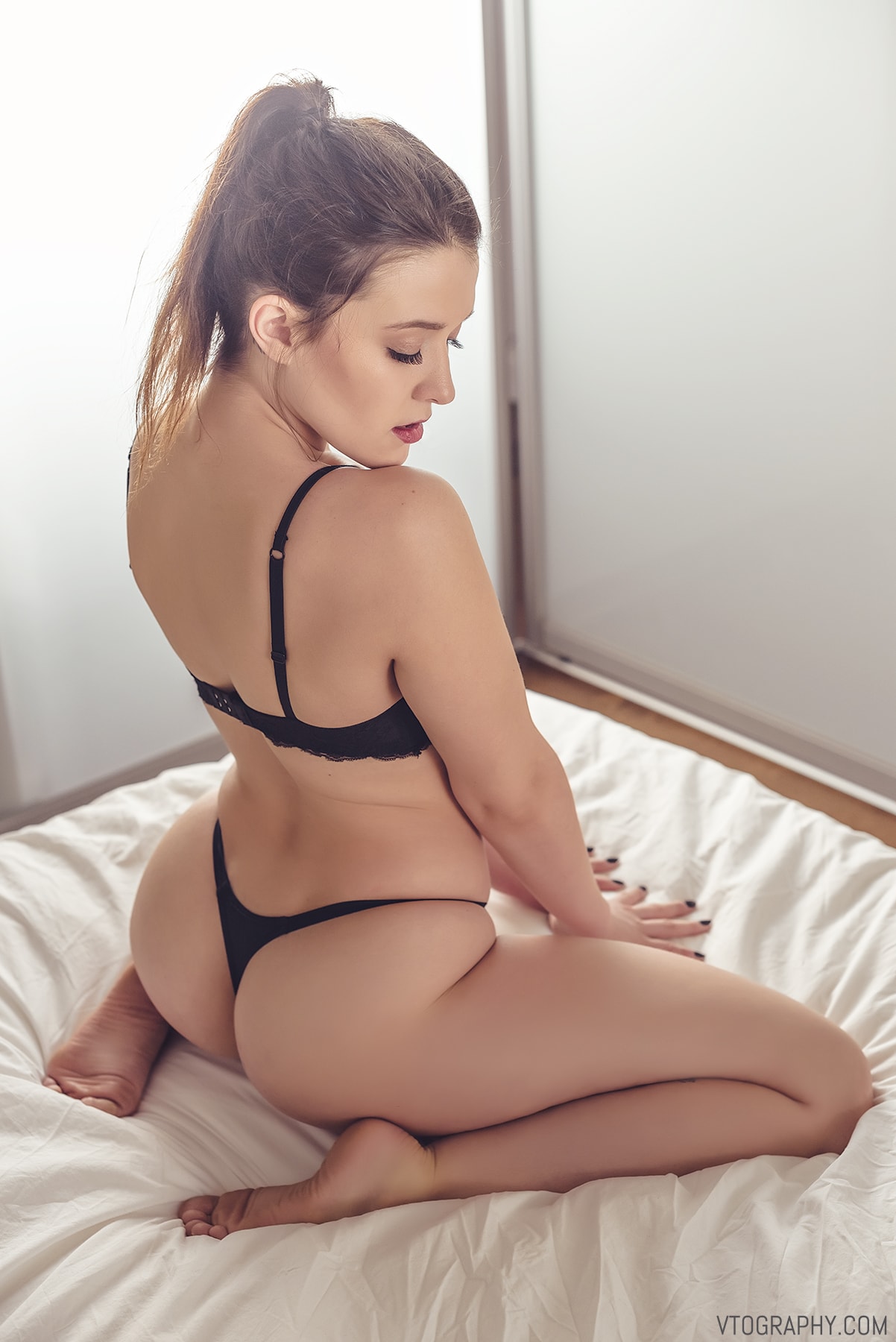 Shop Amazon for the gear I used for these reflector portraits