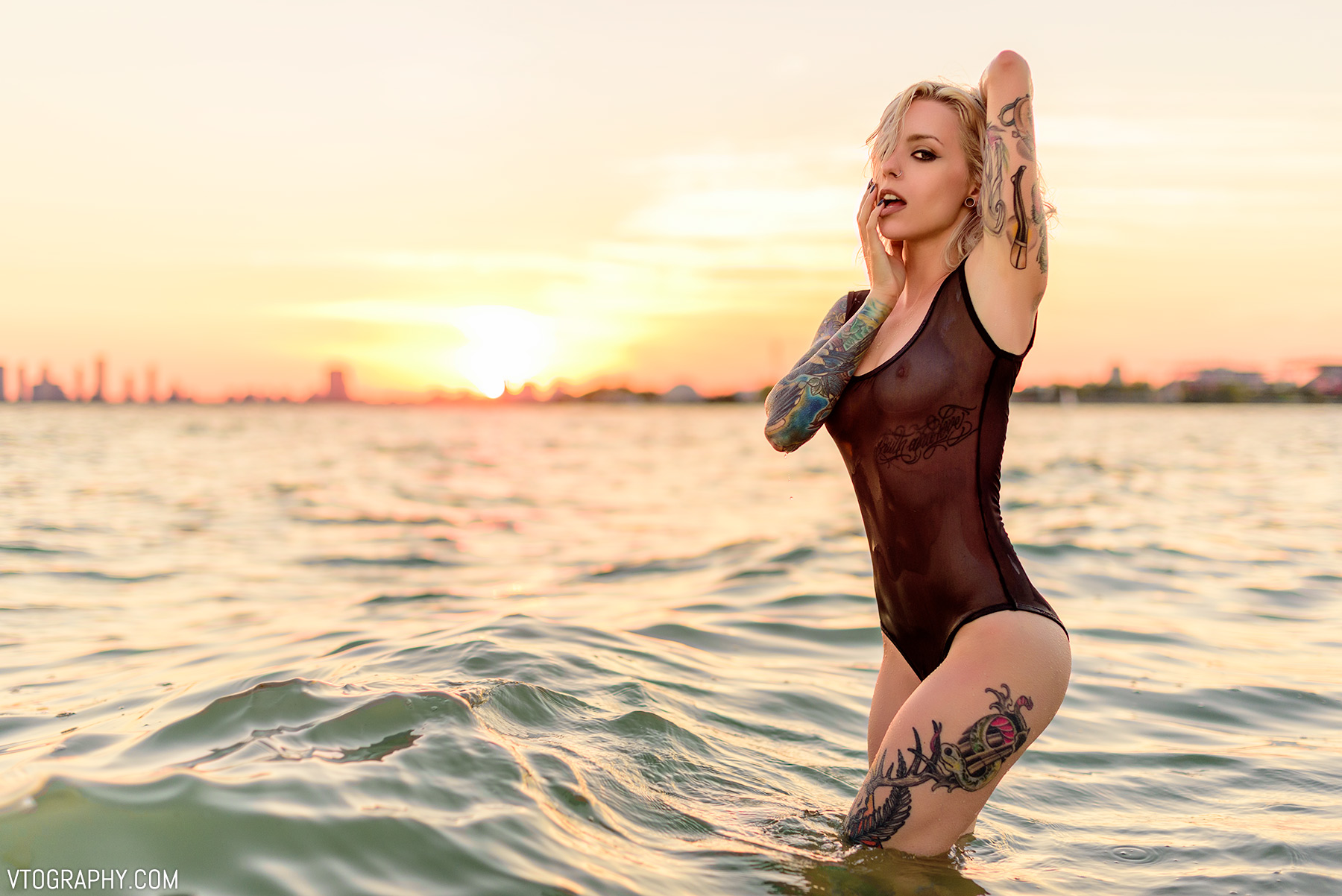 Somewhat regularly, model The Ka visits Toronto for a whirlwind week-long modelling tour, similar to when I used to make somewhat regular visits to her city of Halifax for photography escapades. We hadn’t shot together in nearly four years! Despite a jam-packed schedule, The Ka was able to squeeze me in for an early evening sunset photoshoot at Hanlan’s Point Clothing Optional Beach, just across from downtown Toronto. In addition to being a model, The Ka is also a photographer which gives her a keen insight into lighting and posing that some models struggle with.

As the sun was still a bit harsh when we started, we kept The Ka’s back to the sun so her that her front was in shadow and the light evenly distributed across her body. This allowed the sun to act as a great rim light, highlighting her side and her silverish hair (though it looks a bit blonde in these shots). Purposely underexposing these images allowed me to retain highlight detail without overexposing anything, and my Nikon D750’s awesome dynamic range allowed for easy recovery of the shadowed areas.

For the images in the lace top, the sun had lowered on the horizon slightly and a small covering of wispy clouds provided some diffusion. So although the light looks quite bright and direct, it was easy for The Ka to avoid squinting and for her to be evenly illuminated.

After that was my favourite time — the frantic 15-minute window where the sun spends its last five minutes above the horizon, and then ten minutes below the horizon where the light in the sky is still colourful and amazing. A photographer needs to move quickly during this period, but the rewards are immense.

I packed light again for this shoot, jamming just a handful of gear into my trusty (and very comfortable) Lowepro Transit Backpack 350 AW. I’ve really grown to love it the more I use it.

Shop for this gear on Amazon:

Click images of The Ka (Ka Corbeau) below to enlarge 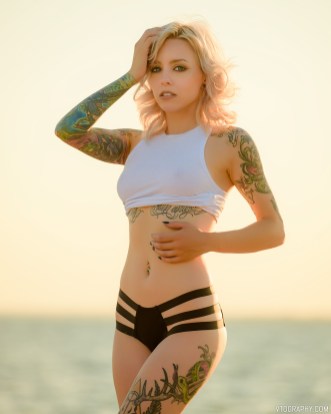 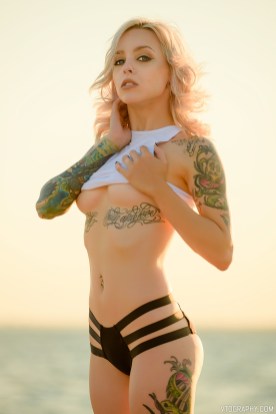 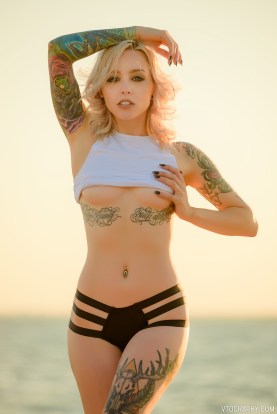 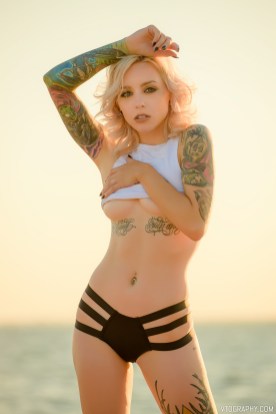 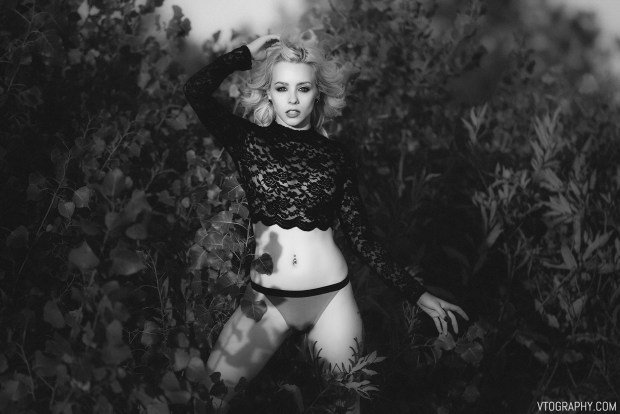 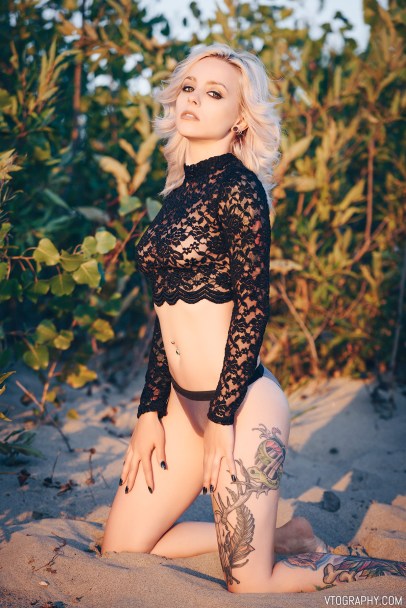 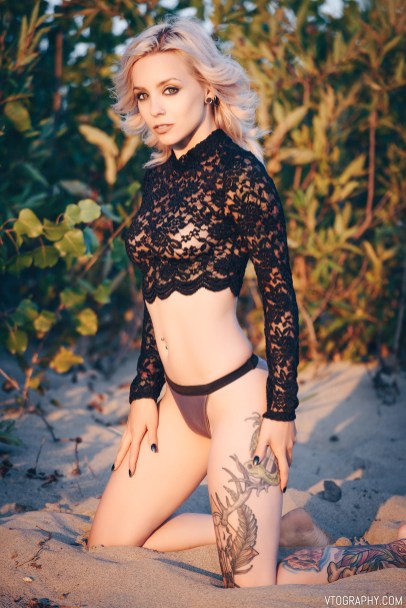 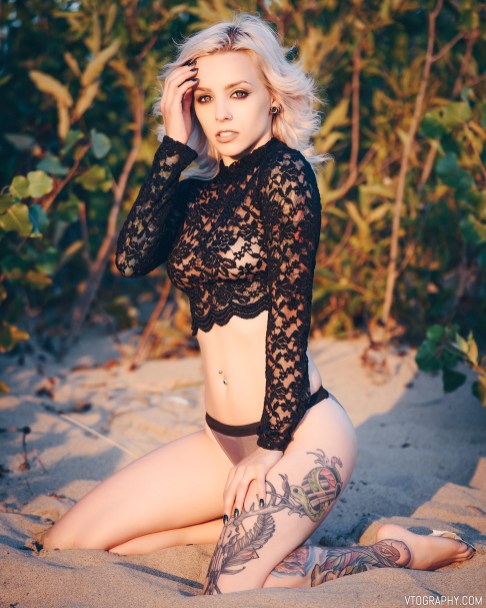 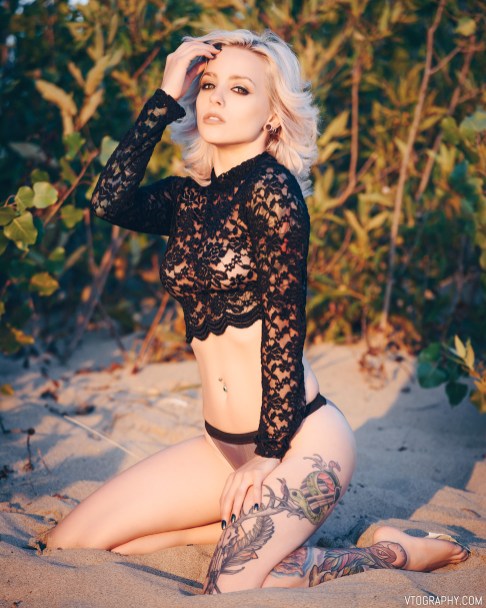 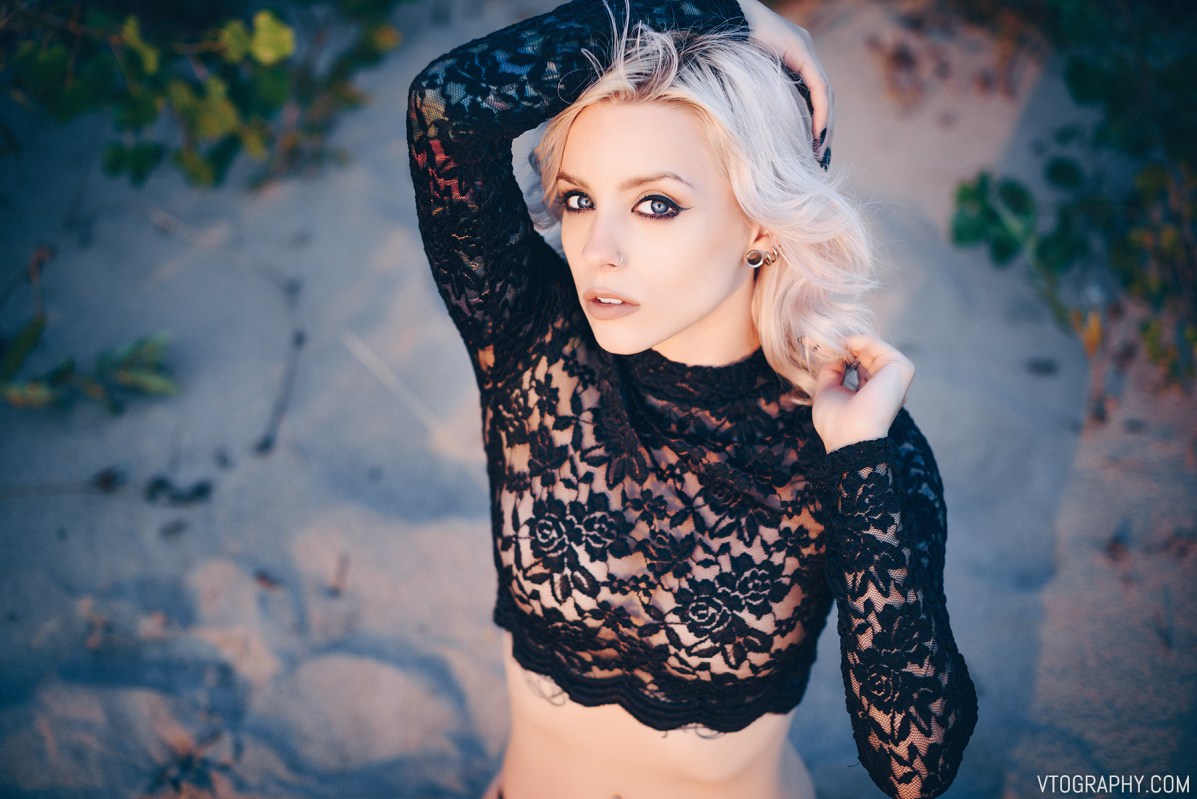 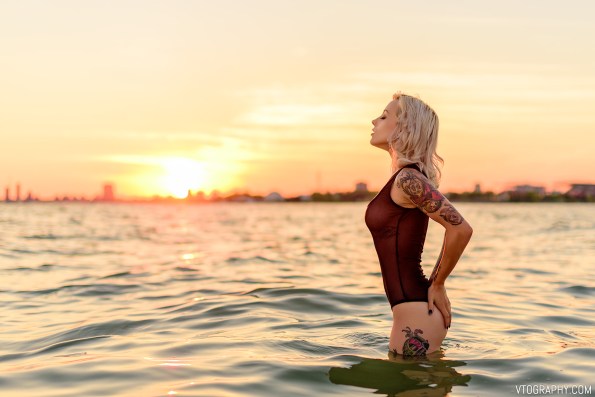 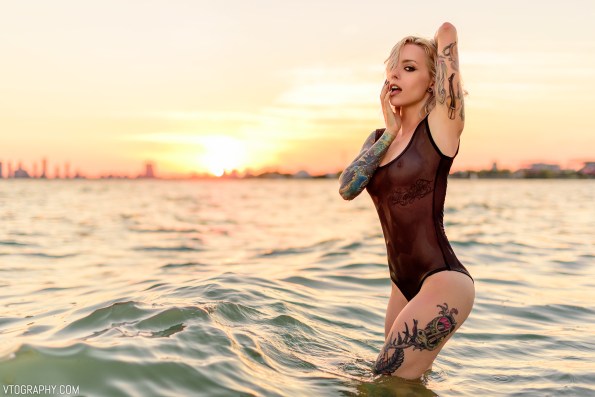 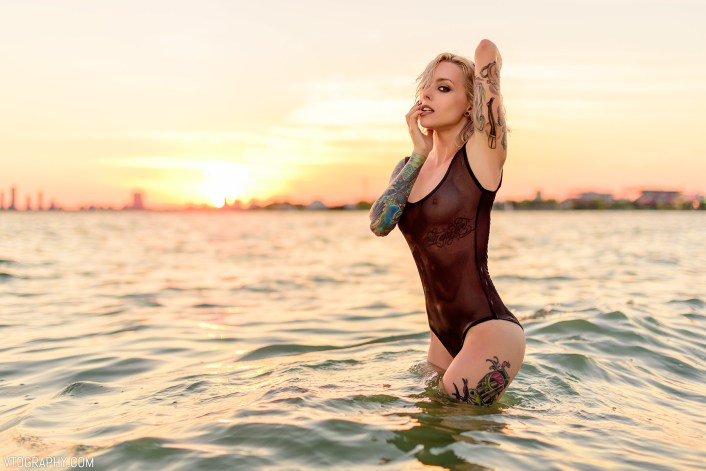 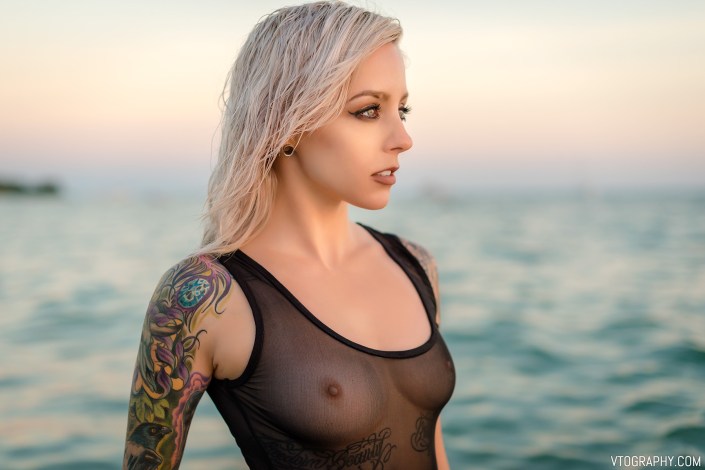 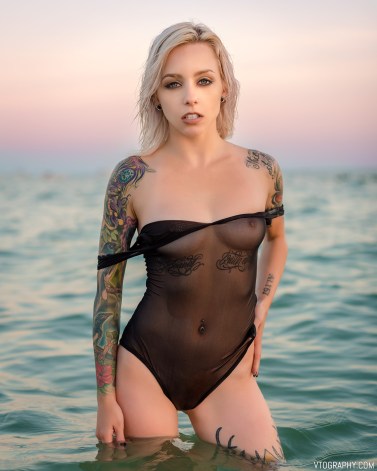 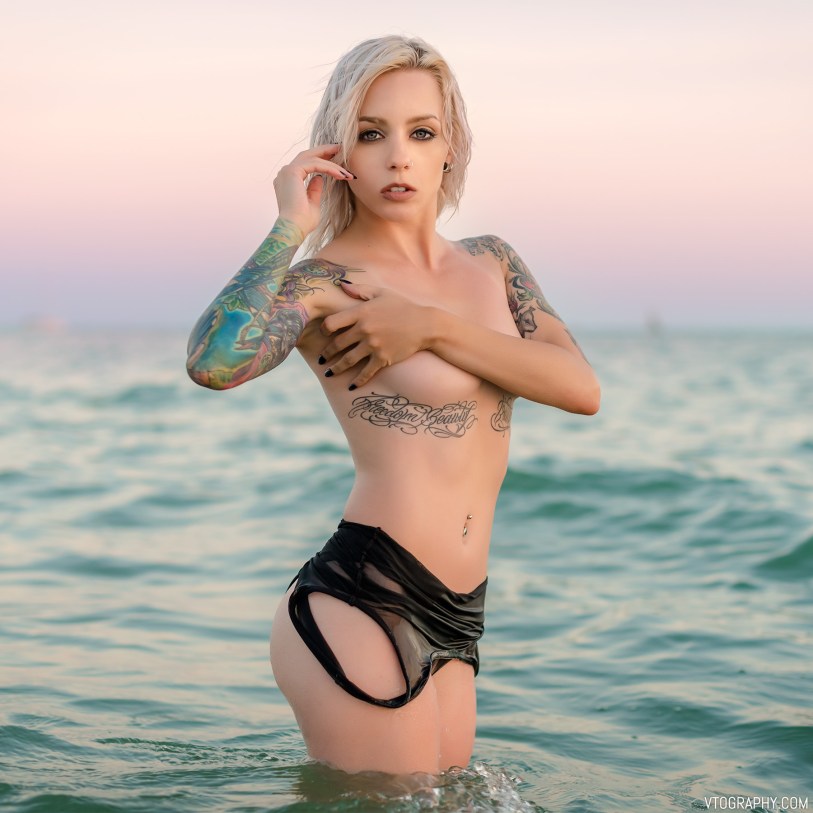 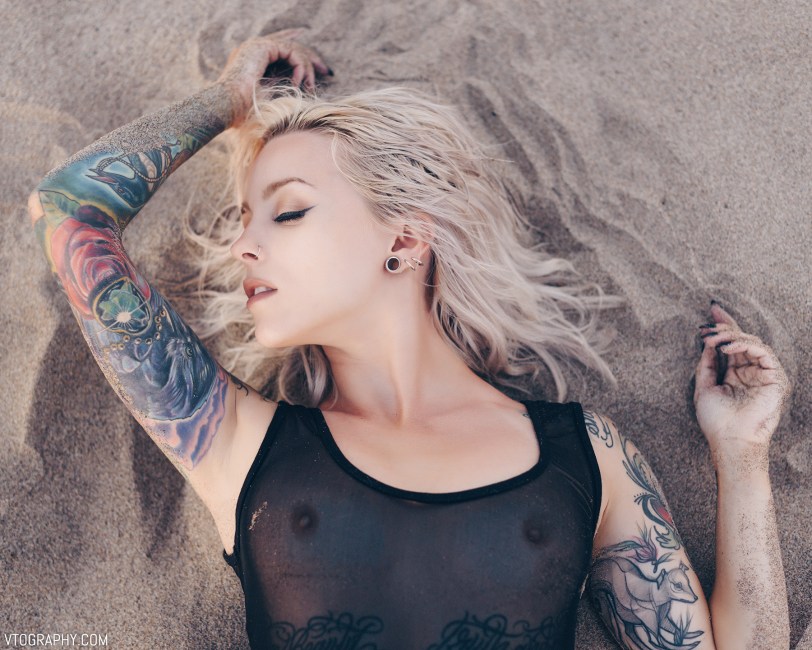 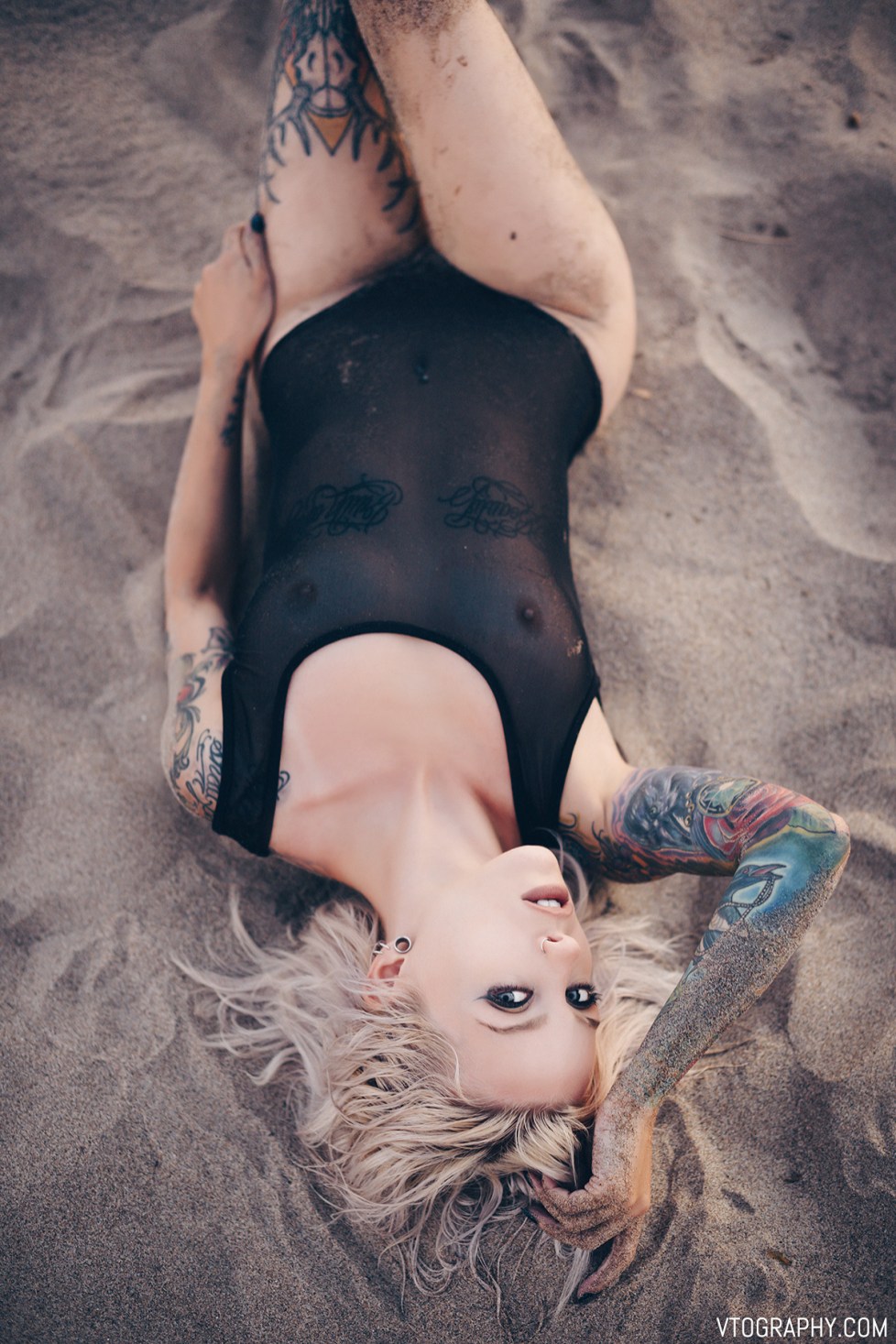 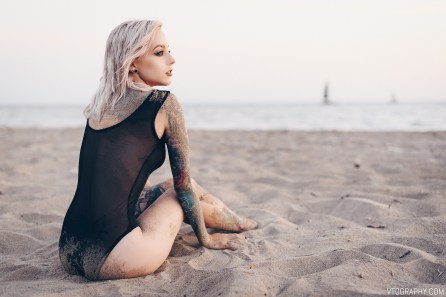 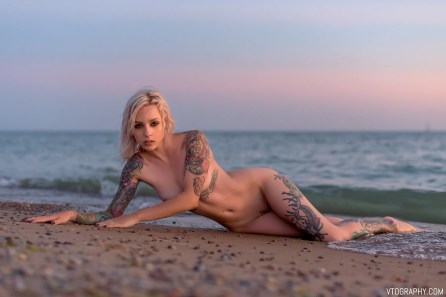 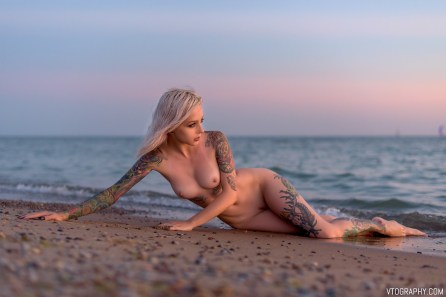 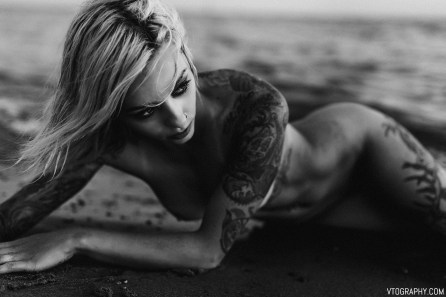