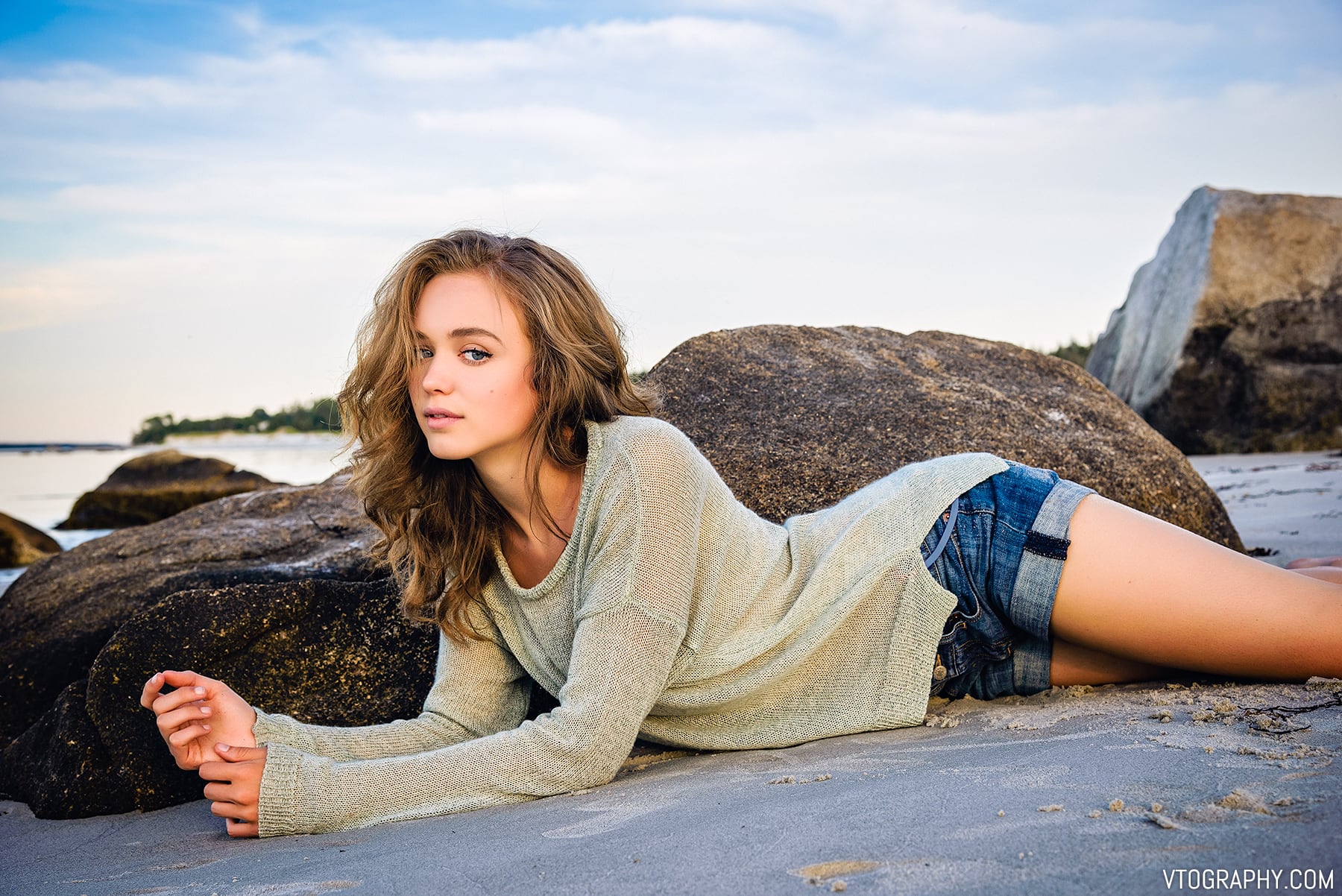 After travelling much of Canada, you would be hard pressed to convince me that there’s a more beautiful beach in our country than Carters Beach, Nova Scotia. As one of the few (perhaps only?) white sand beaches in Nova Scotia, it’s remained a well-kept local secret for years but has exploded in popularity recently. Although it’s a fair distance from Halifax (it’s in Port Mouton, two hours by car), it’s totally worth the trip to see the weird dichotomy between Caribbean-like white sand and evergreen trees.

Snapshots like this are effortless and everywhere you look. You can’t take a bad photo at Carters Beach. 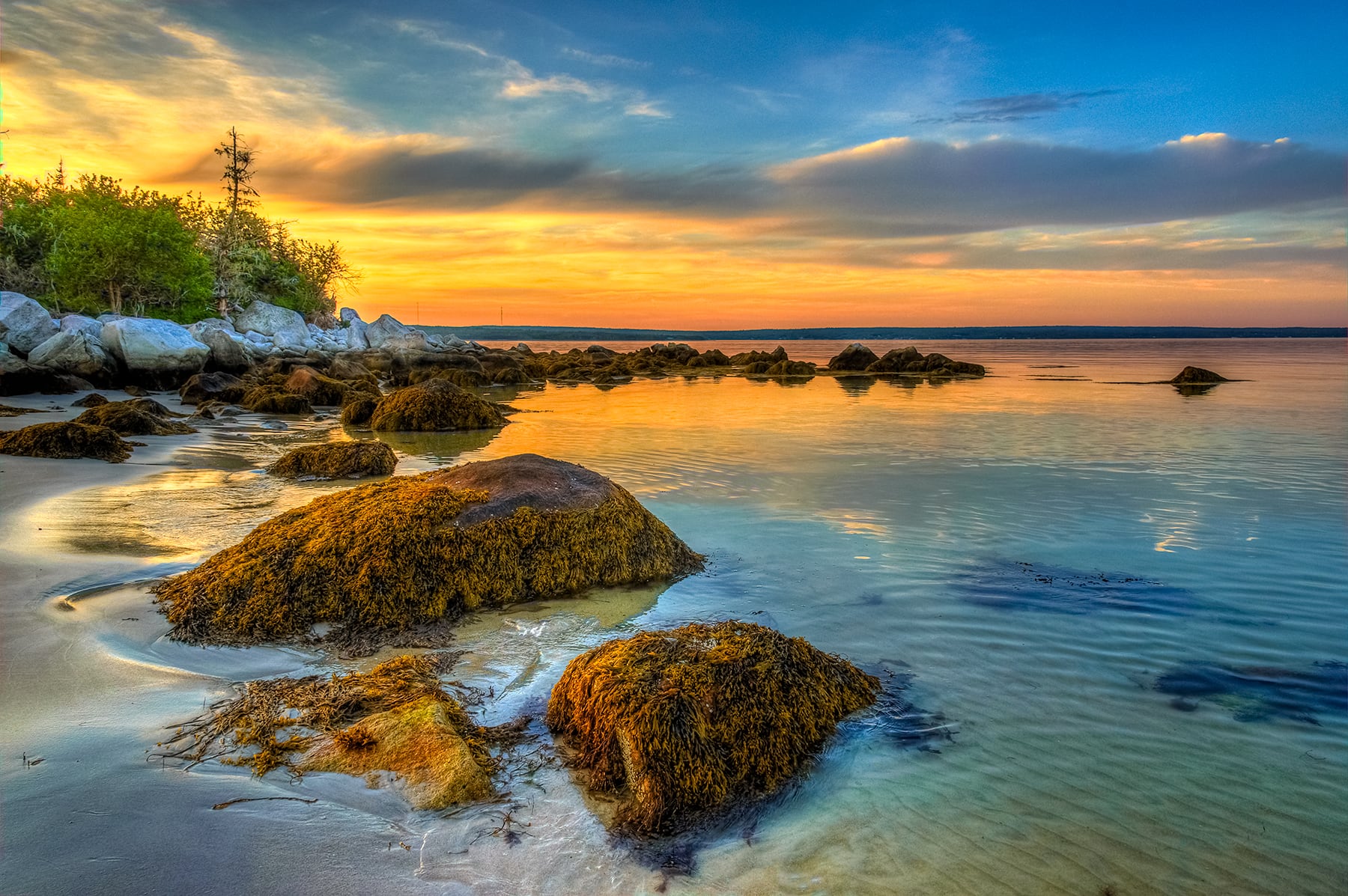 I have a print of this hanging in my hallway, that’s how much I love Carters. You can buy a print here if you love Carters too!

As a facility-free beach, there are no washrooms, vendors, and not even a parking lot, so make sure you come prepared (and don’t litter!). The water is freezing, even in summer, but it’s crystal blue, actually rather refreshing, and the waves are calm. I’ve been to Carters Beach a handful of times to do photo shoots, and this was one of those times.

While I was in Halifax in July, one of the people I looked most forward to photographing was Kathryn of NEXT Models Canada. We made plans, but the universe had other plans for us and we had to cancel our shoot. Luckily, when I had a later cancelation with a model, Kathryn was able to fill in and all was right with the world.

So we hopped in the car. I drove while future doctor Kathryn studied her textbooks until we ended up at the positively majestic locale known as Carters Beach — one of the best beaches in Nova Scotia by far.

The thing I like best about this photo shoot is that creating the images was entirely effortless. We kept it casual — no makeup artist, no hair stylist, no team of people scurrying around. Just a girl, a guy, and a camera on a beach. My favourite way of working, in fact.

This first image was created with the help of an Alien Bees B1600 monolight flash unit and a small white shoot-through umbrella. There are a wide variety of photographic umbrellas for sale on Amazon but you’ll be hard pressed to find a significant difference between them. I don’t normally advocate buying the cheapest option, but many umbrellas are so inexpensive that they’re practically disposable. Yes, some more expensive ones will be made with better materials, but they’re largely all the same and I don’t splurge on them. 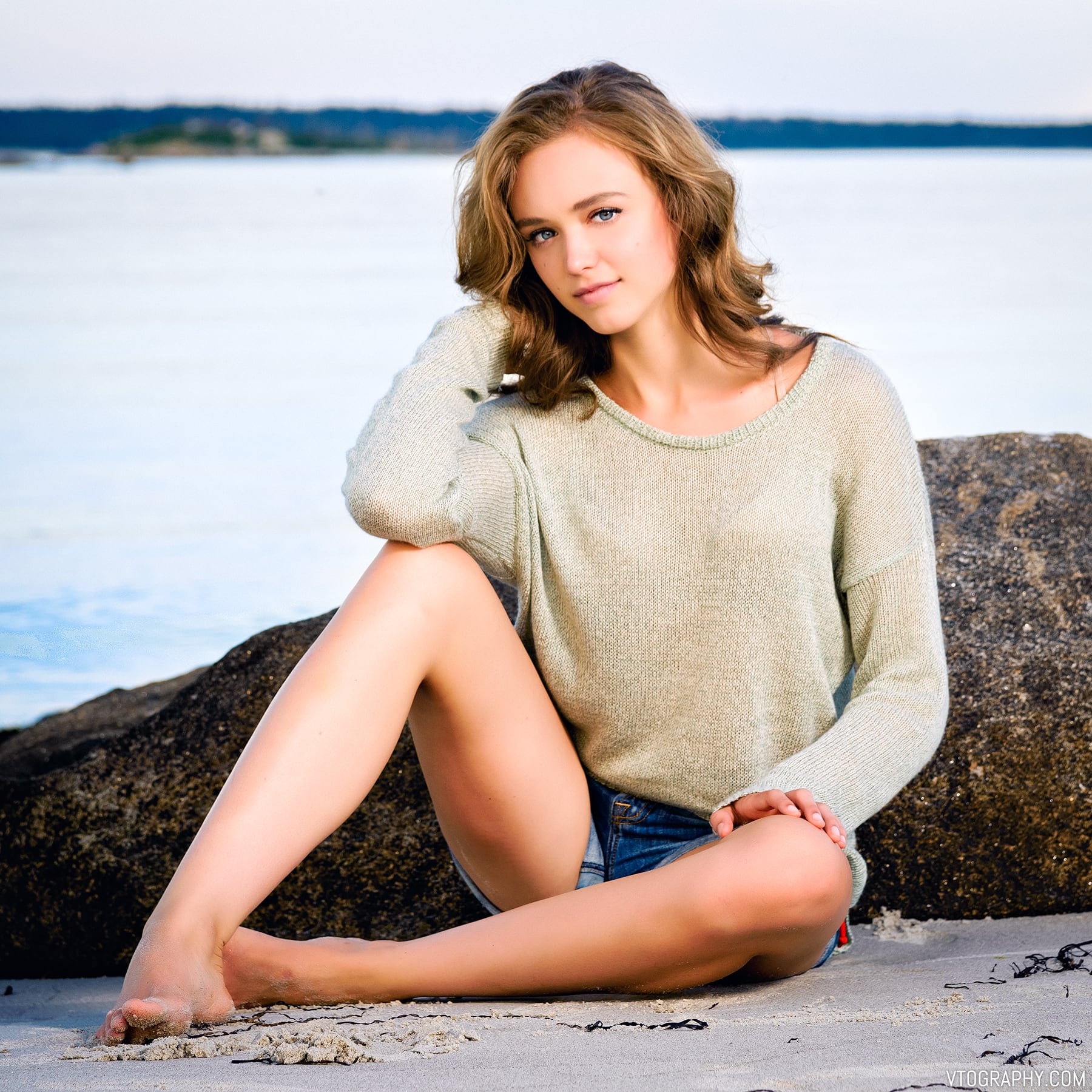 Although the result was nice, I quickly realized I could do without the light and stored it away until sunset. From this point forward I used natural light only, and what beautiful light it was! 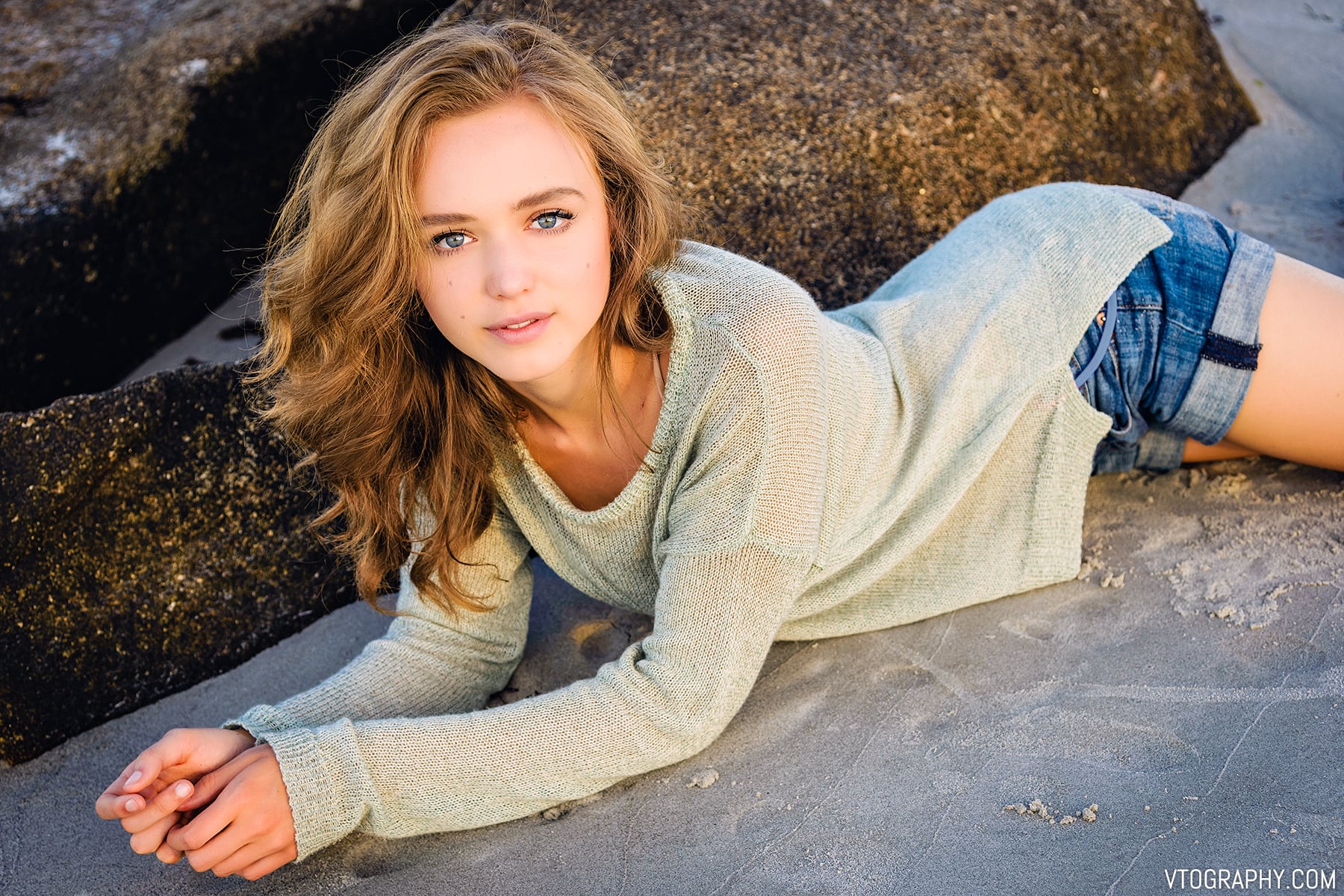 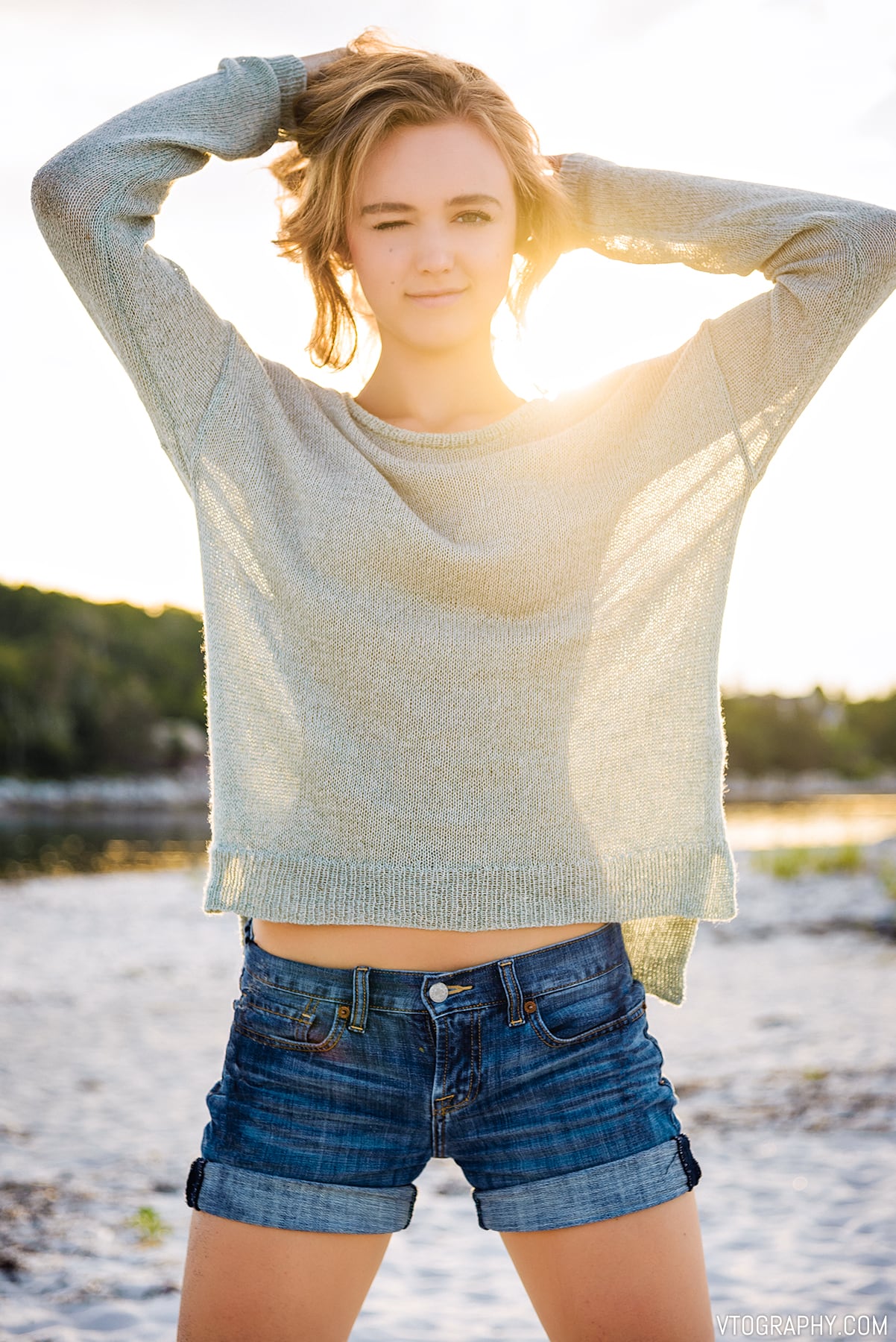 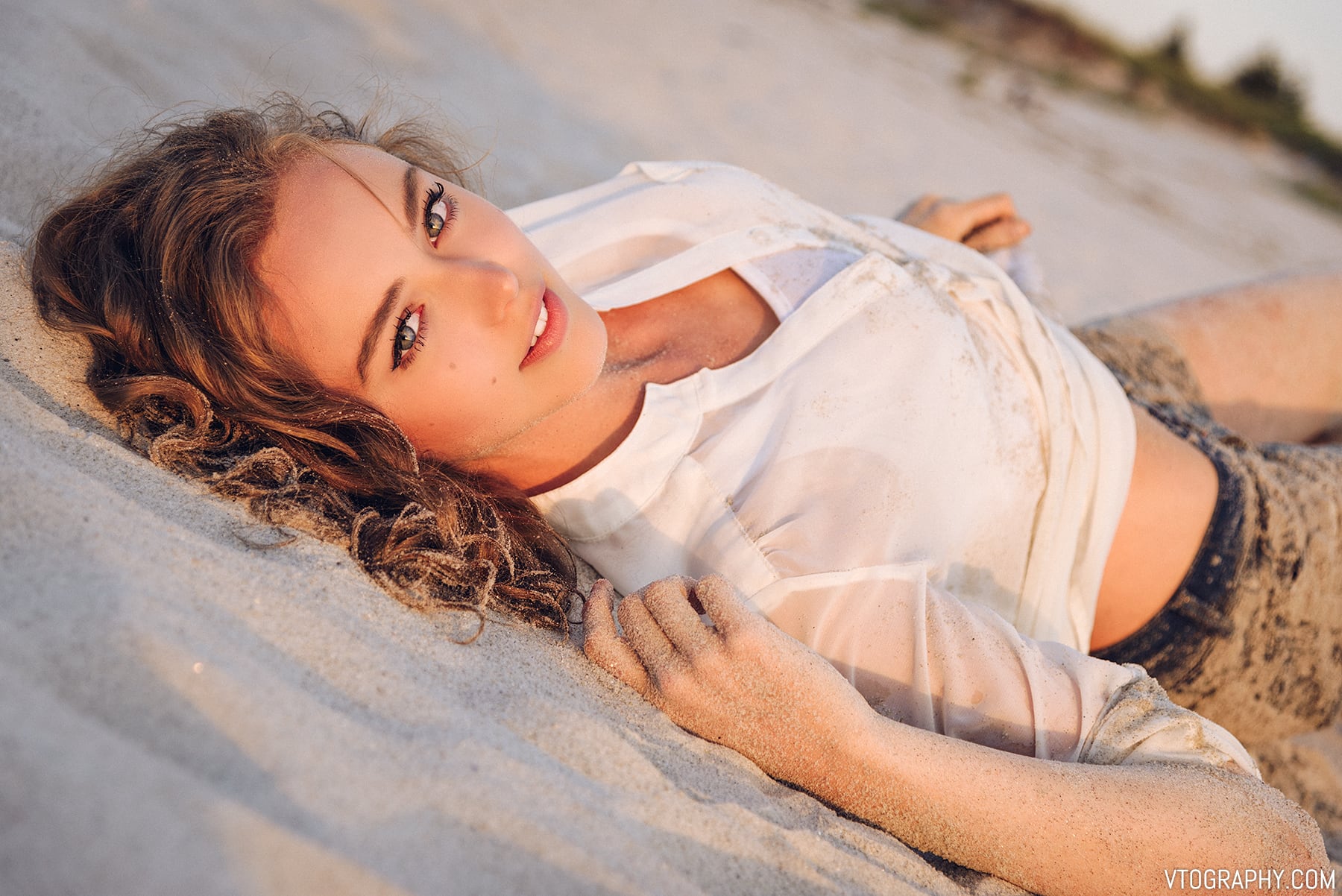 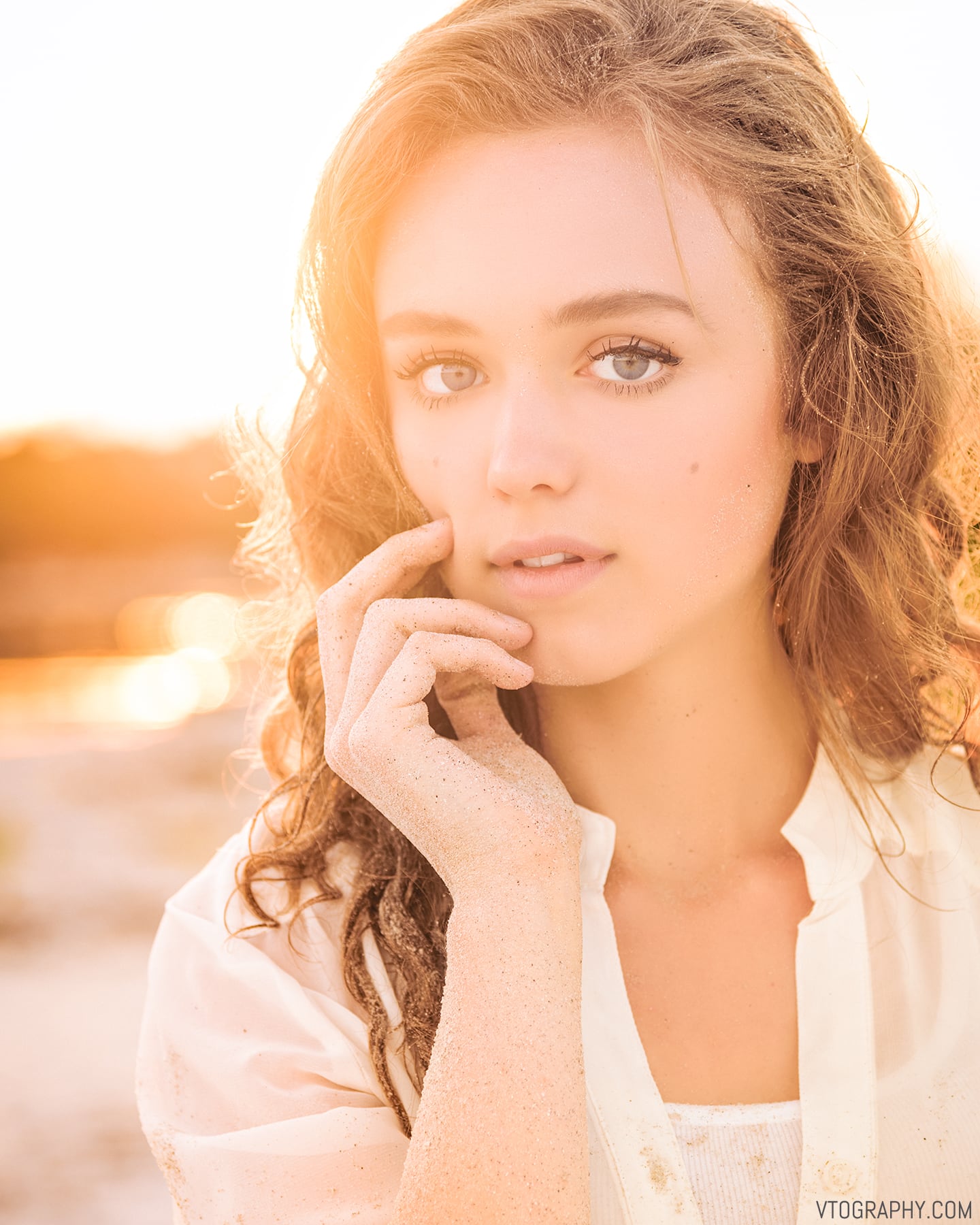 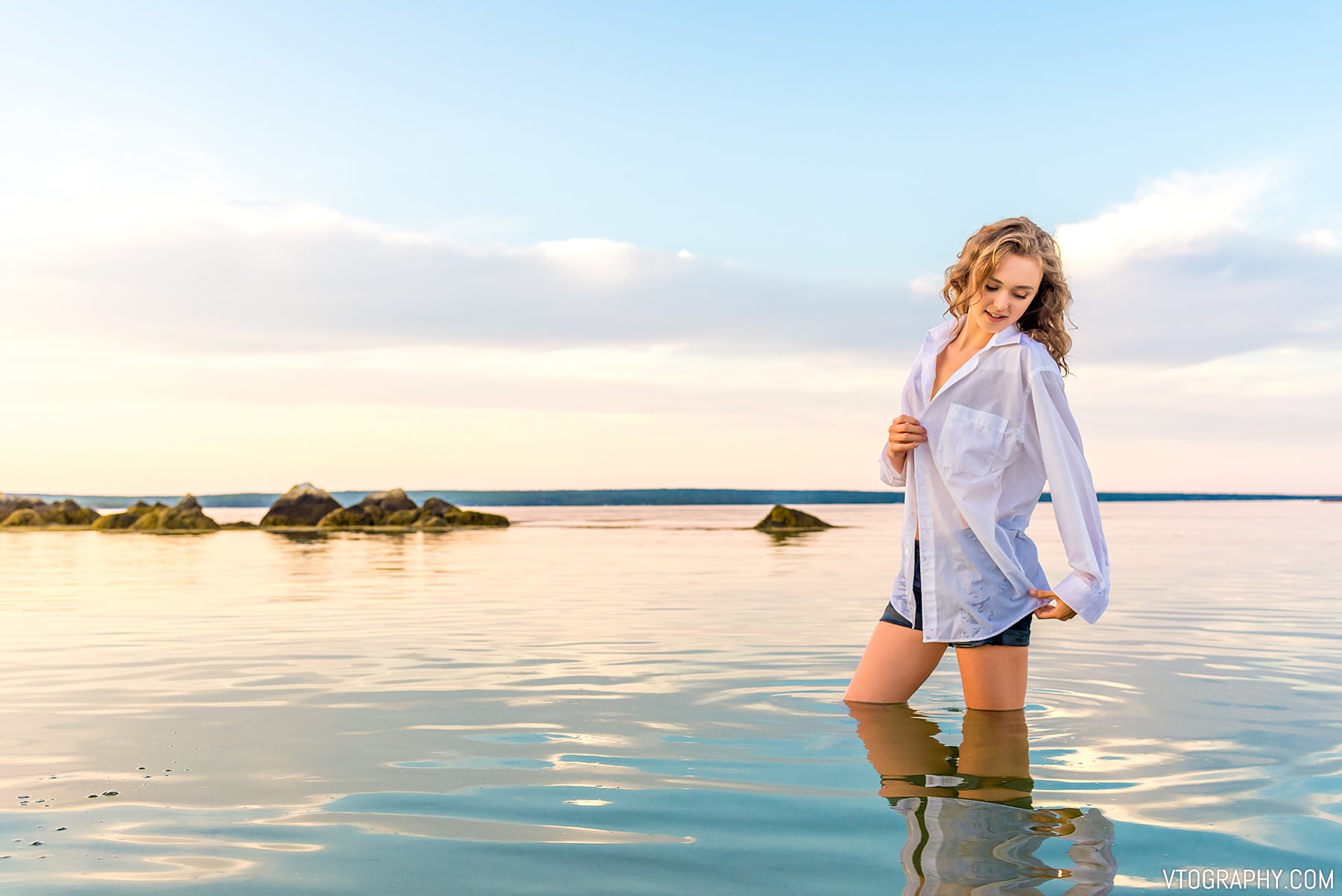 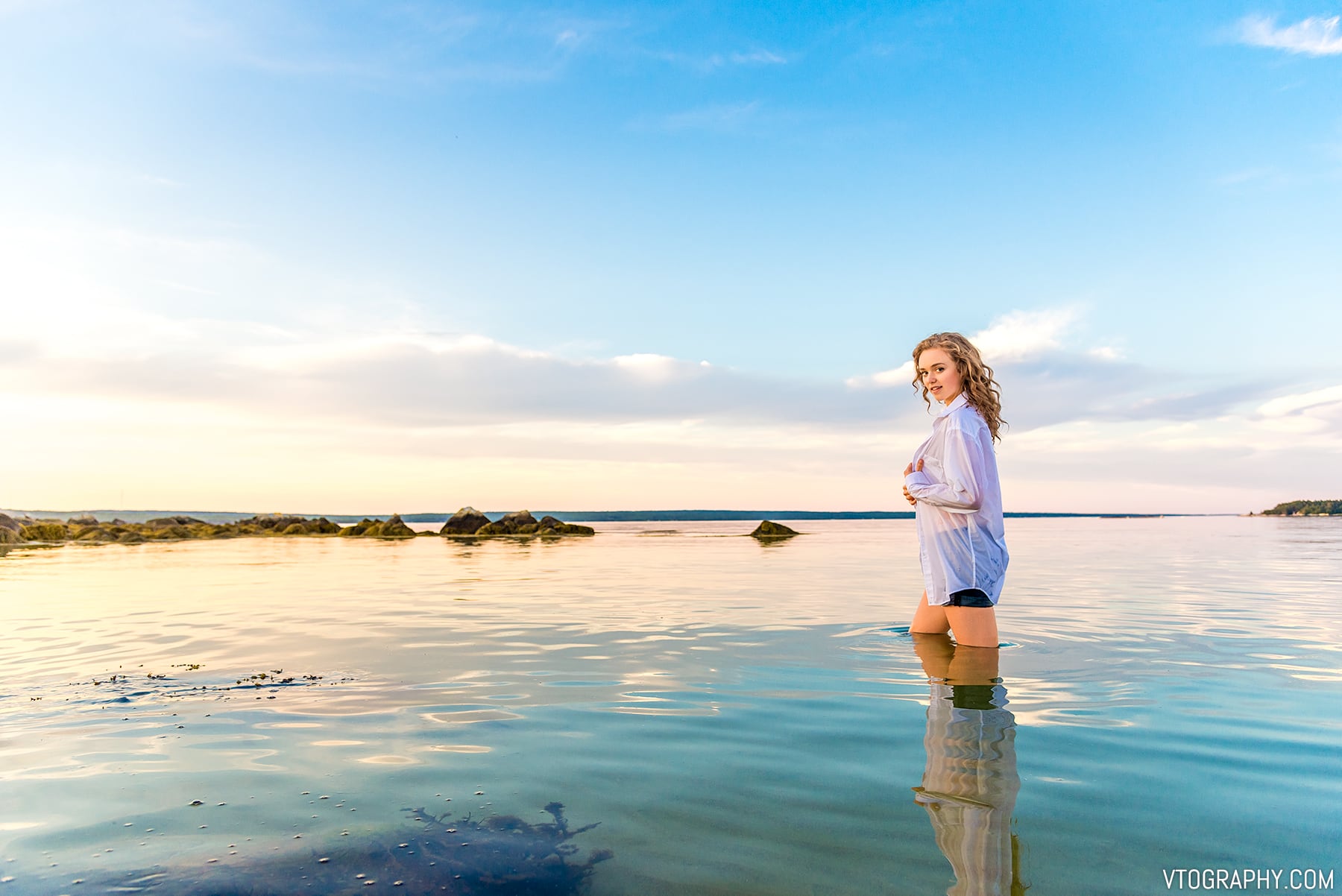 Whether the scene was backlit, open shade, or lit by direct sunshine, there was simply no way to take a bad photo this day. Just when I thought it couldn’t get any better, an epic sunset descended upon us. 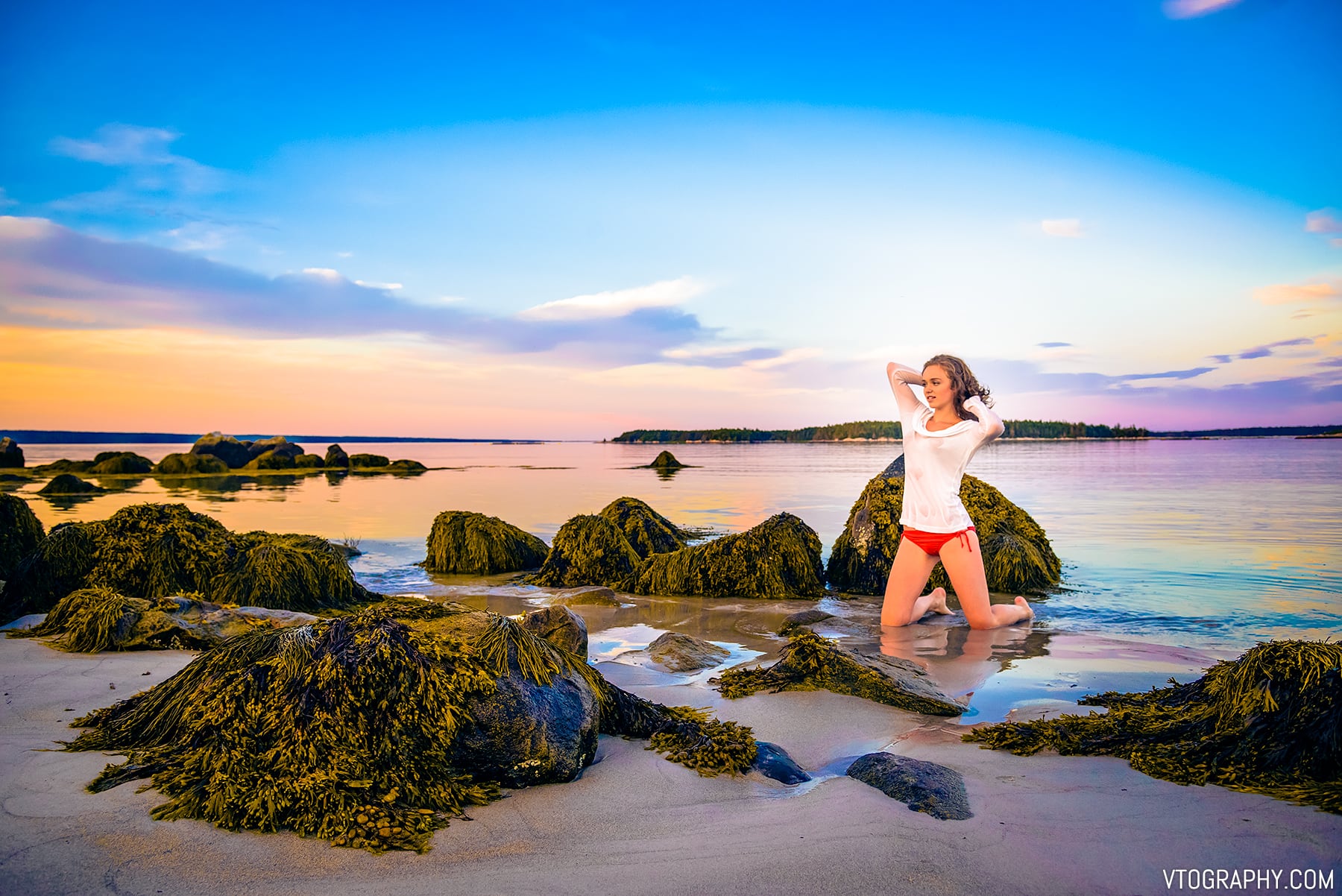 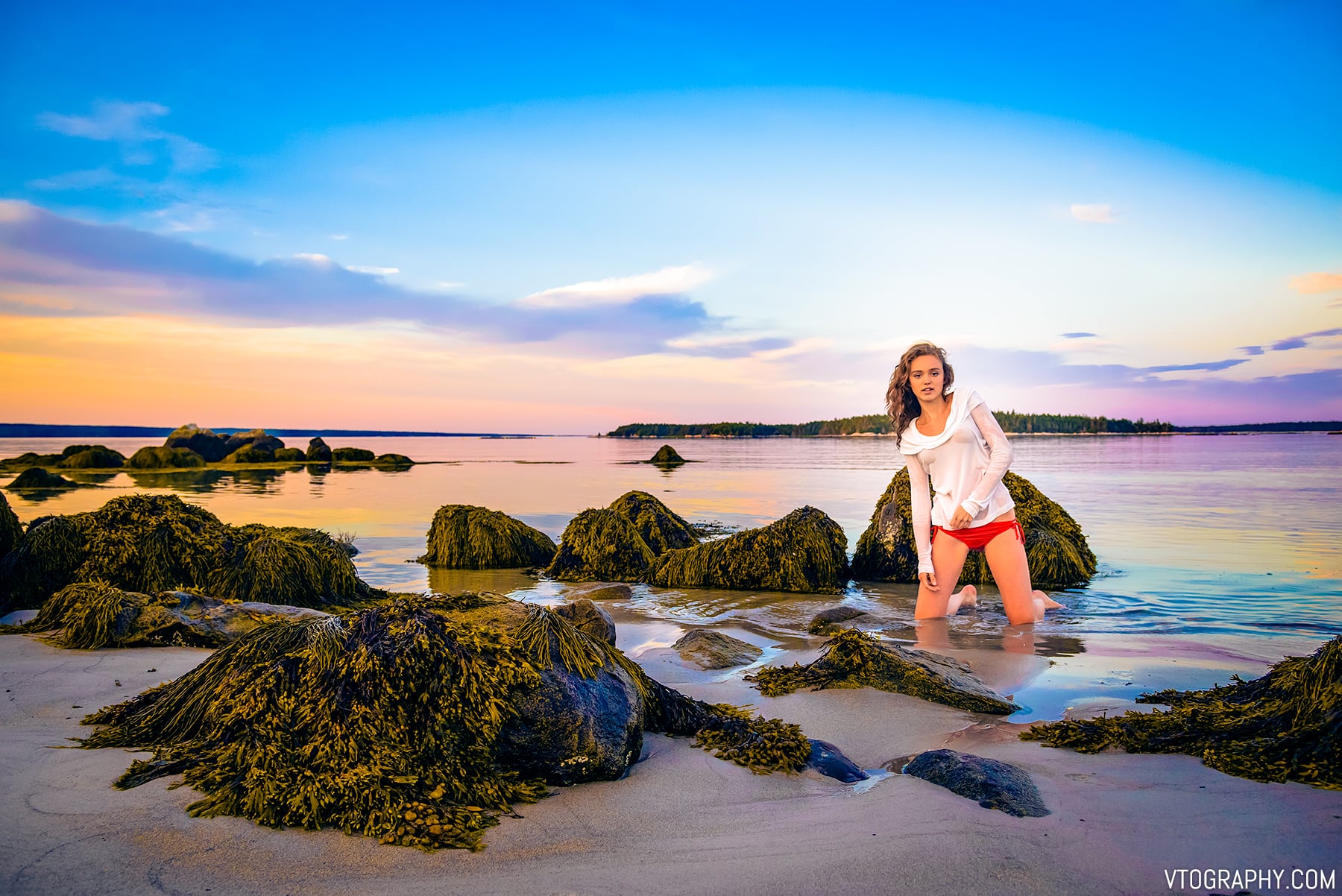 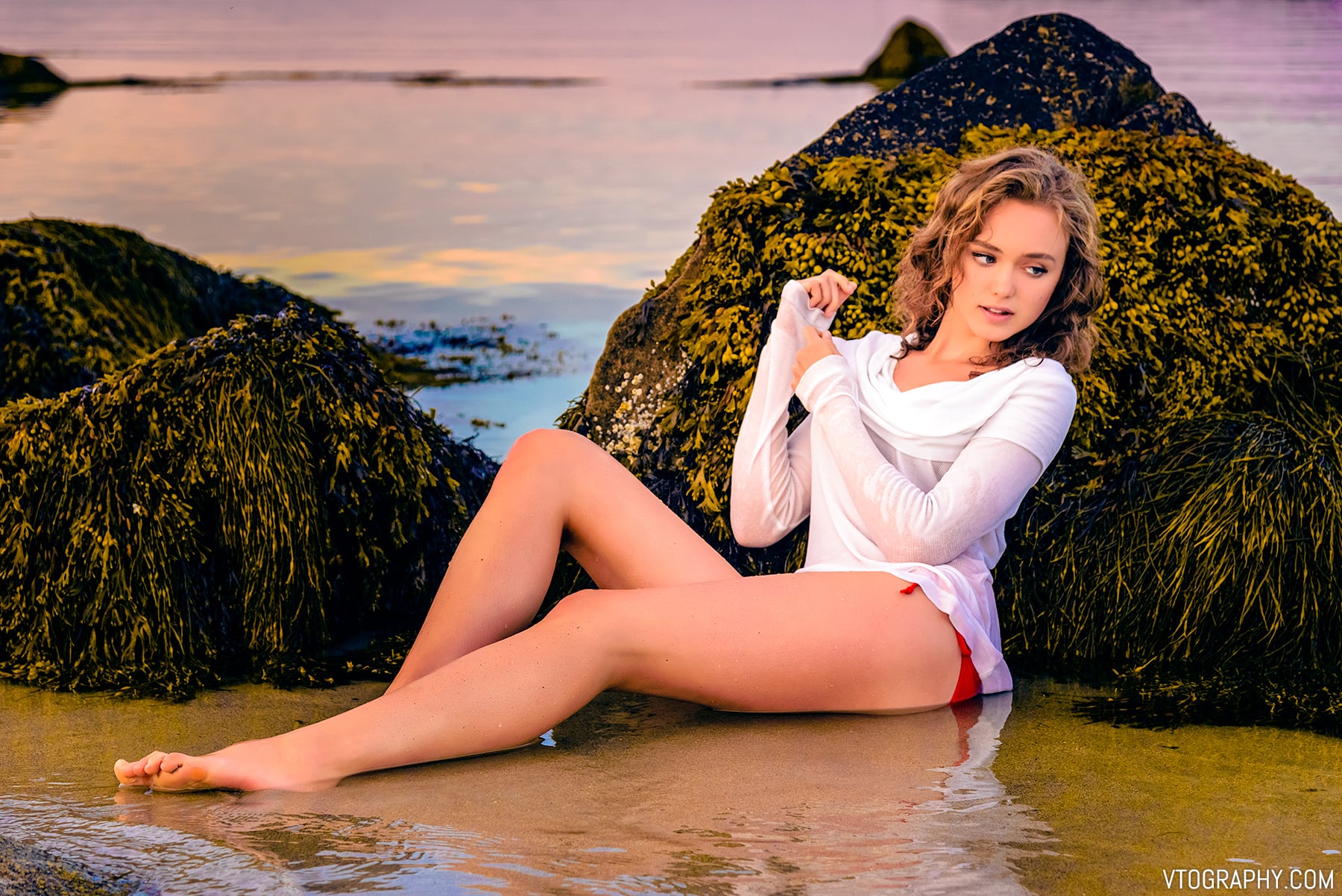 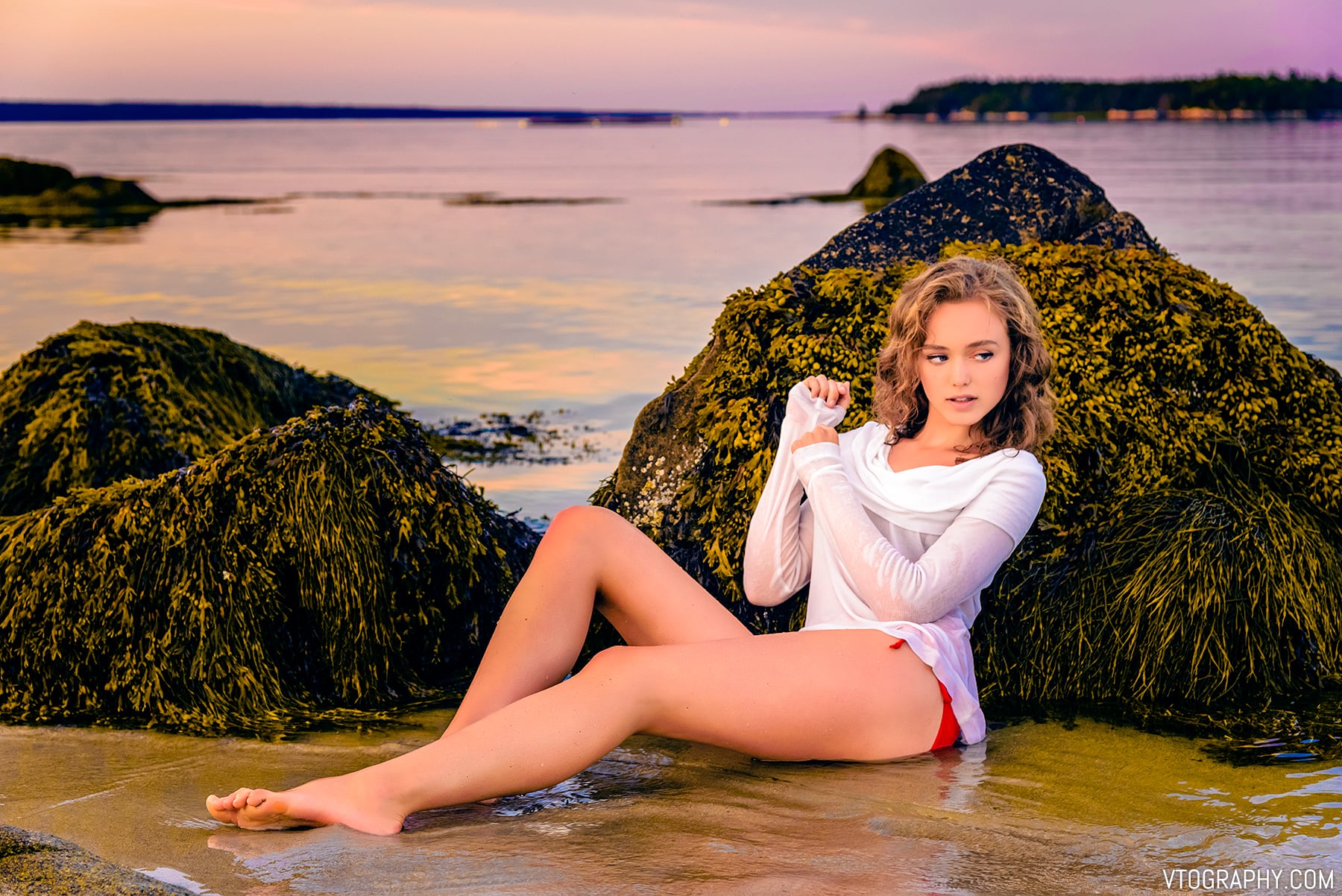 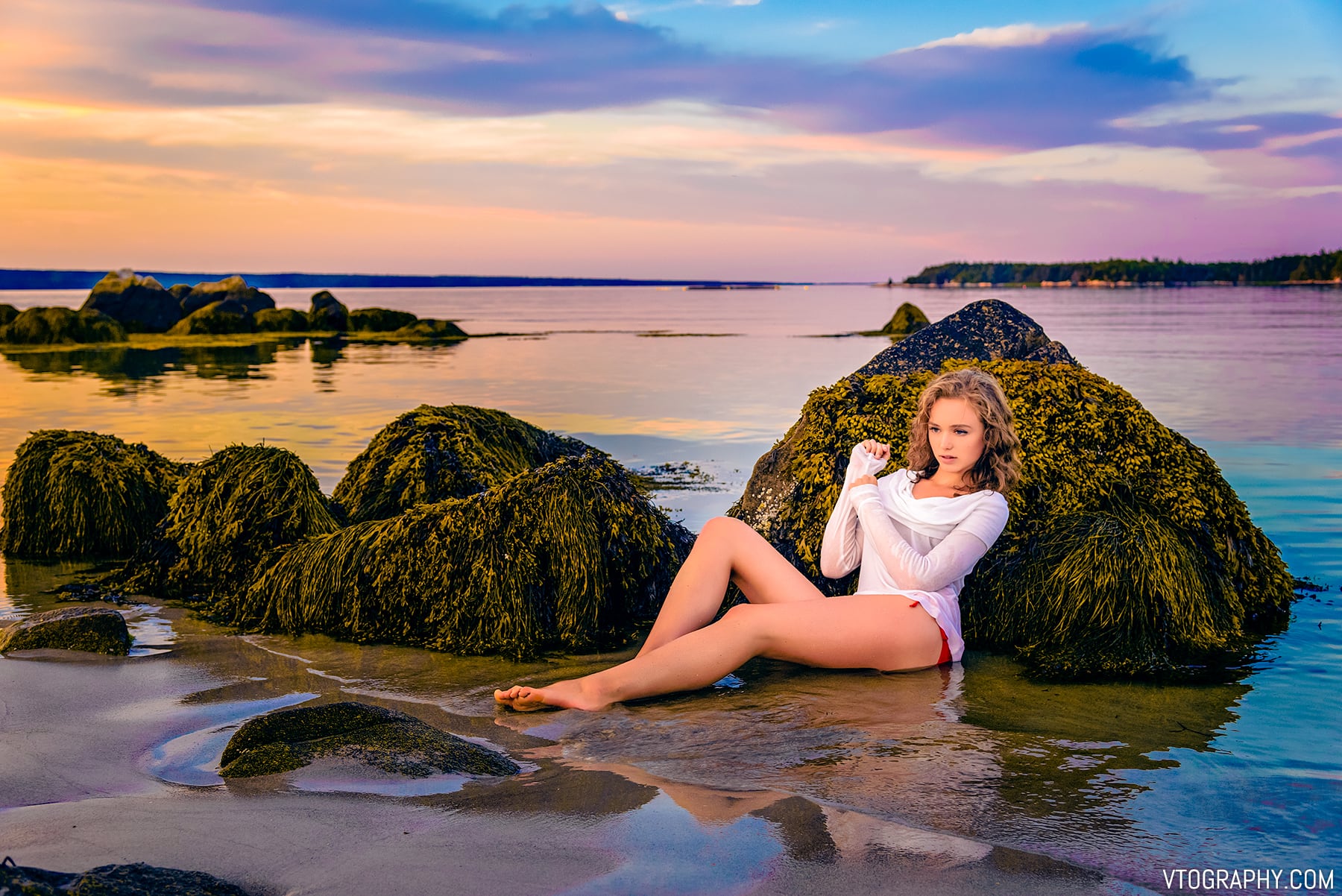 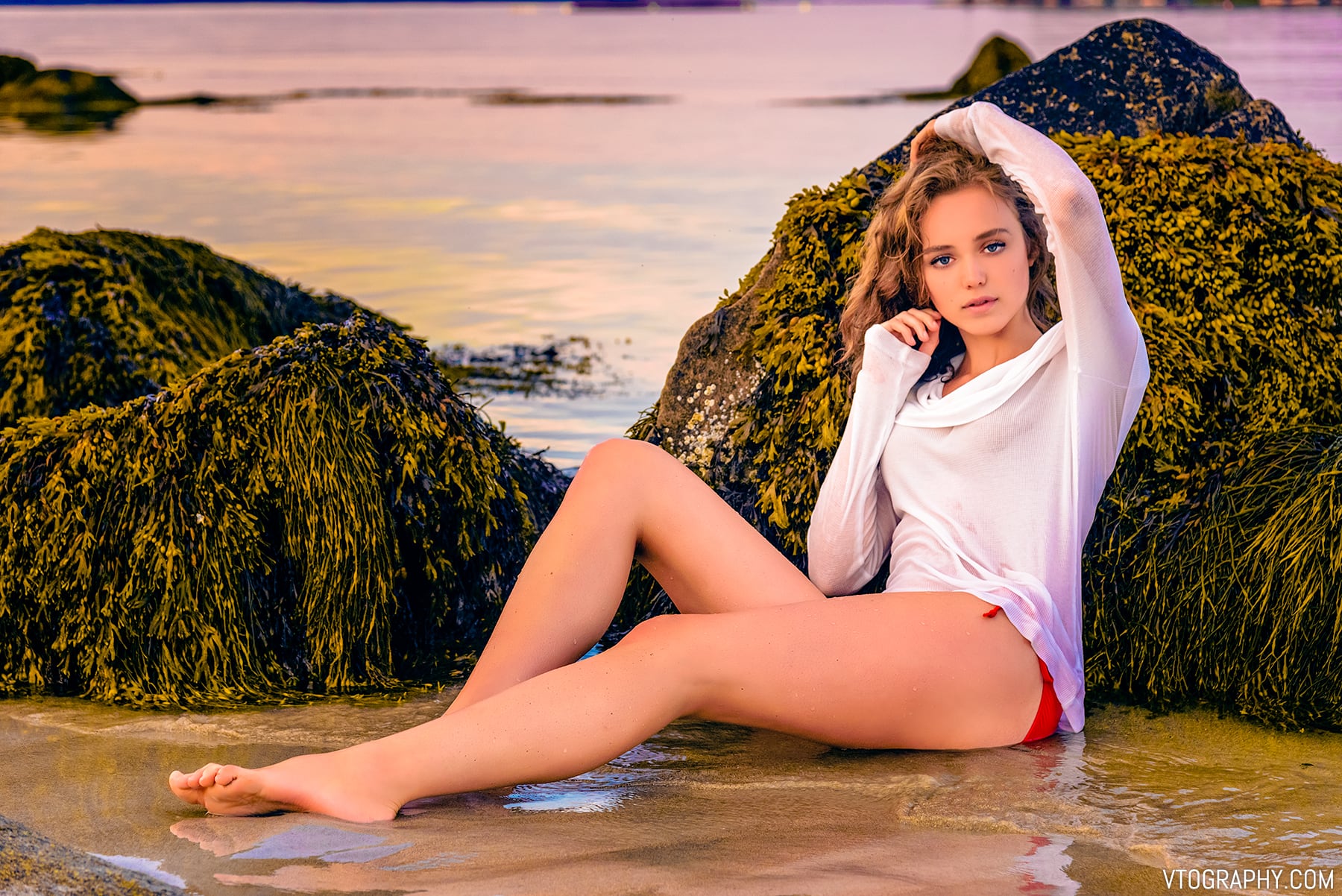 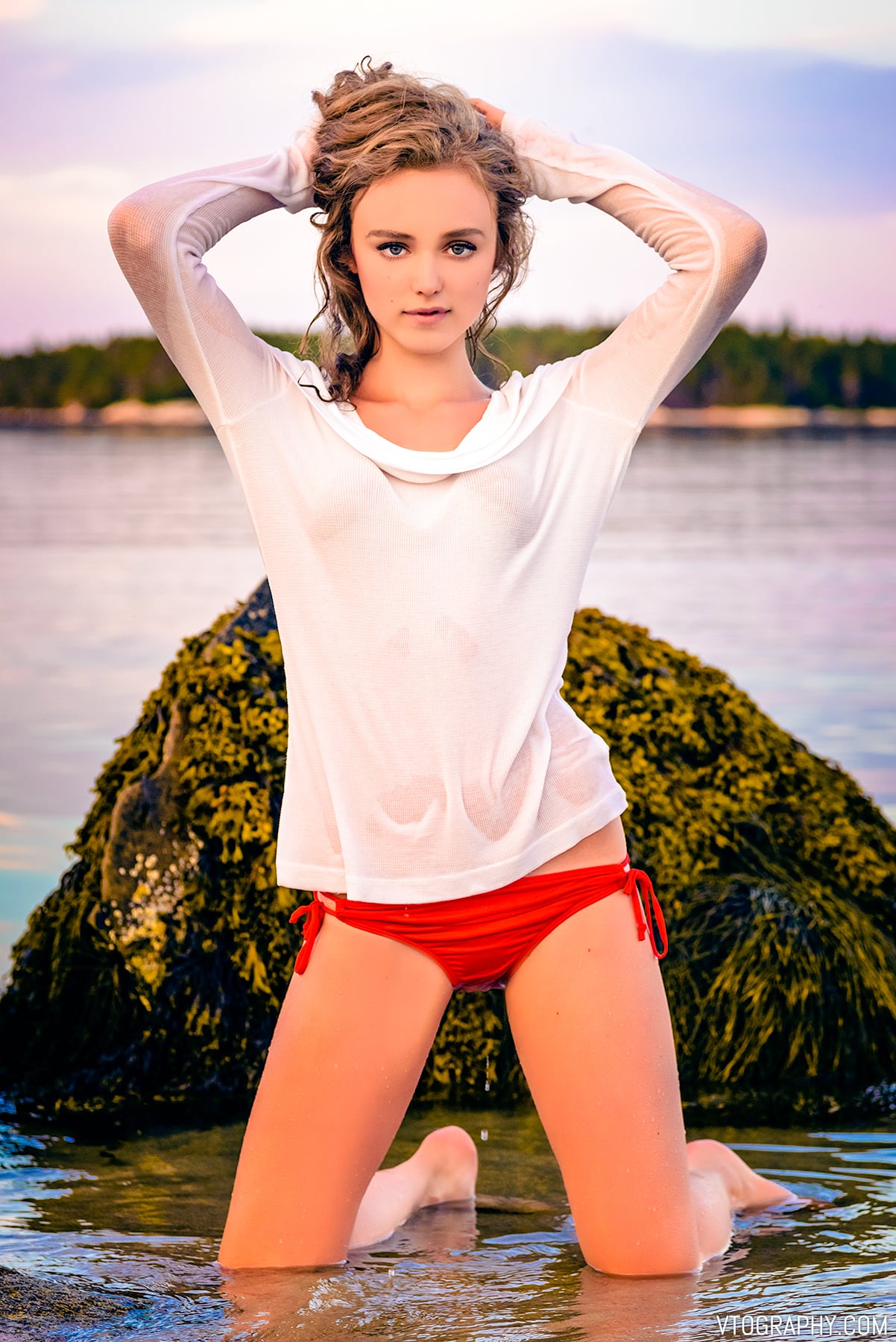 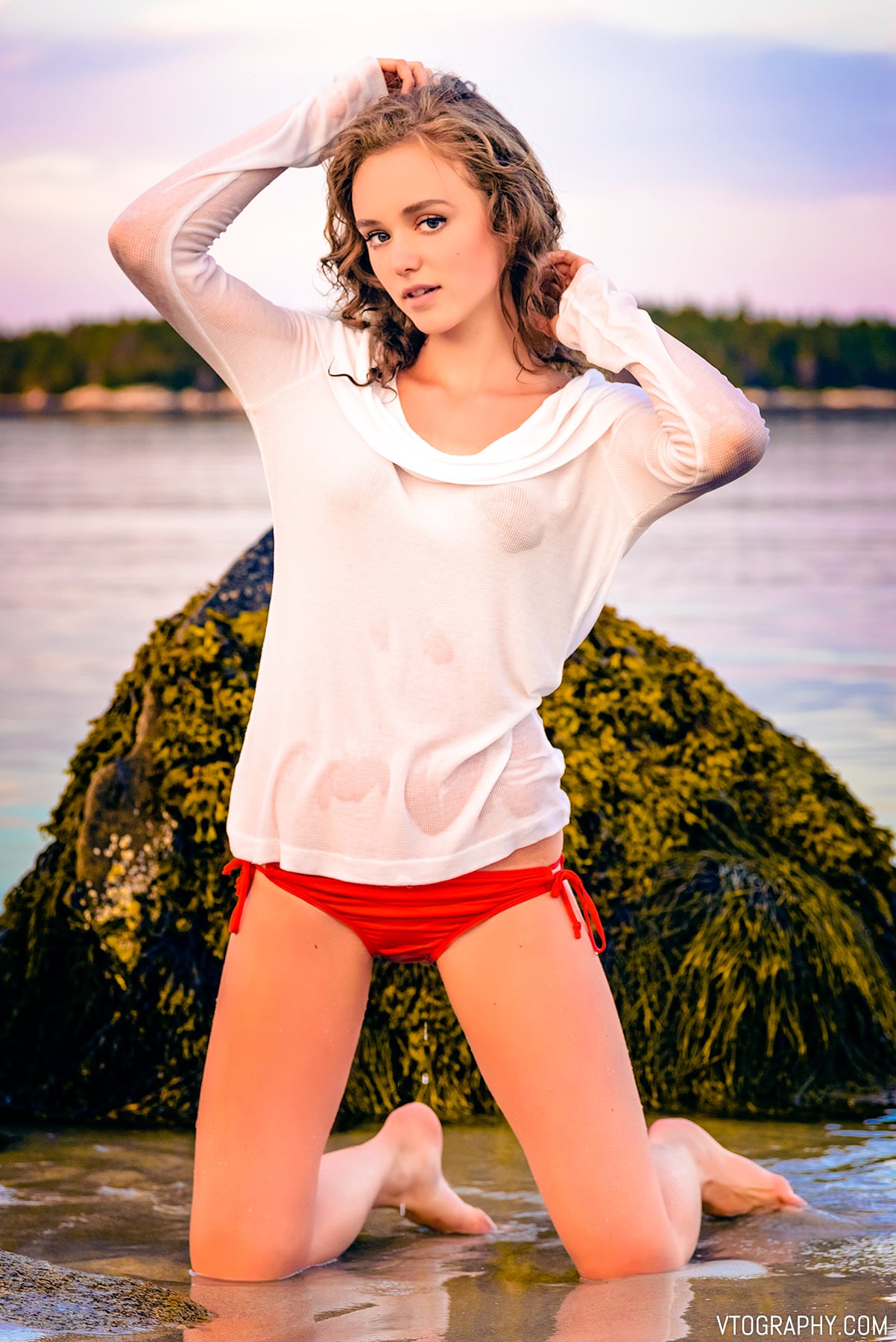 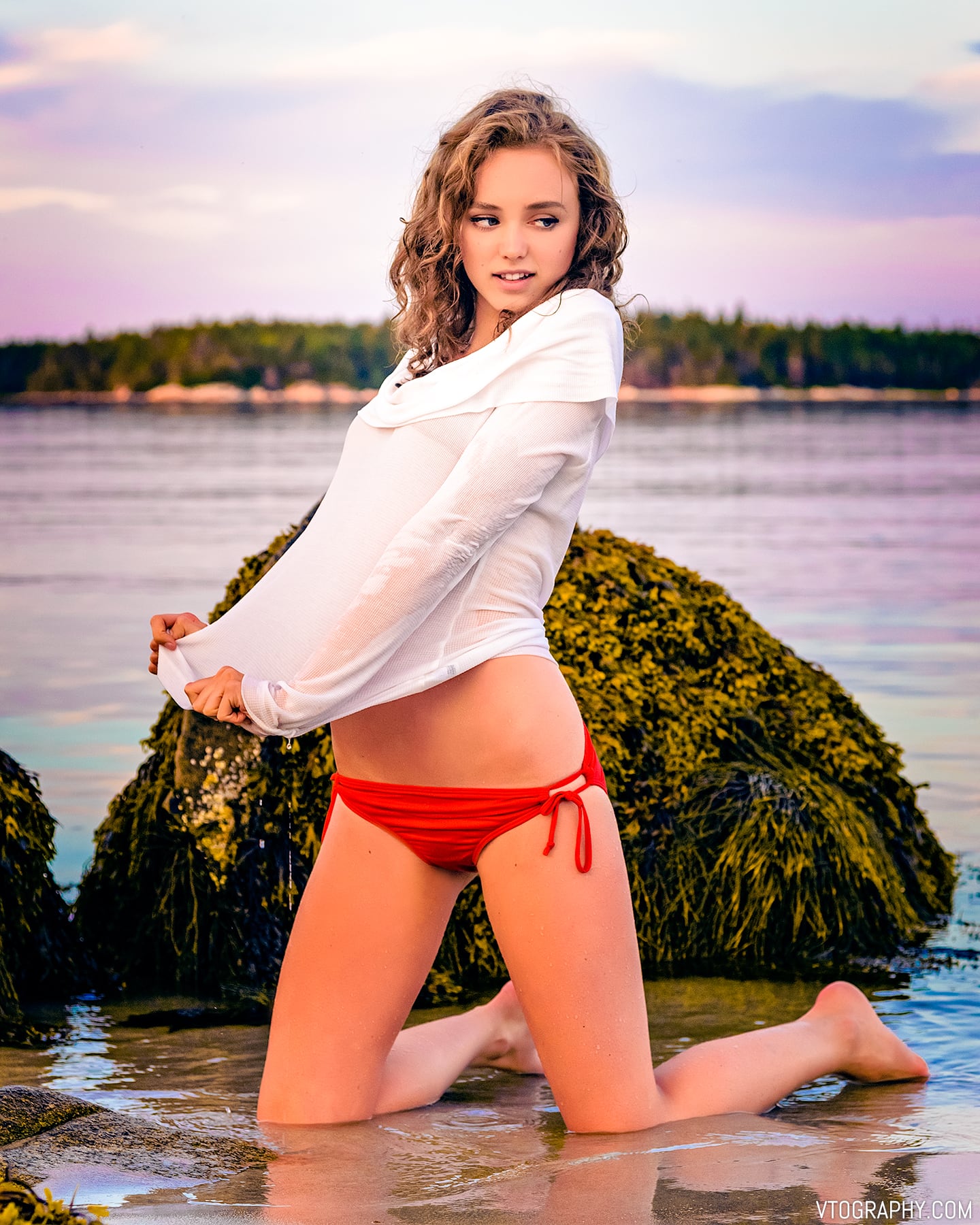 Carters Beach is the best, isn’t it?

For all these photos I was using my full frame Nikon DSLR, the Nikon D610 (check current prices on Amazon), paired with the Nikon 24-120mm FX ƒ/4G VR Lens. While I primarily use the Nikon 24-120mm lens (BUY NOW) for event coverage, it’s also a handy travel lens because it covers a wide range of focal lengths. So although I wouldn’t normally use this lens for a bikini shoot on the beach (I prefer the Nikon 70-200mm ƒ/2.8 VR Lens), it came in handy here since it was already with me on vacation.

After I’d exhausted as much natural light as I could, I busted out the Alien Bees B1600 again for a couple final images, mixing the ambient light from the sunset with the flash from the Alien Bees light. 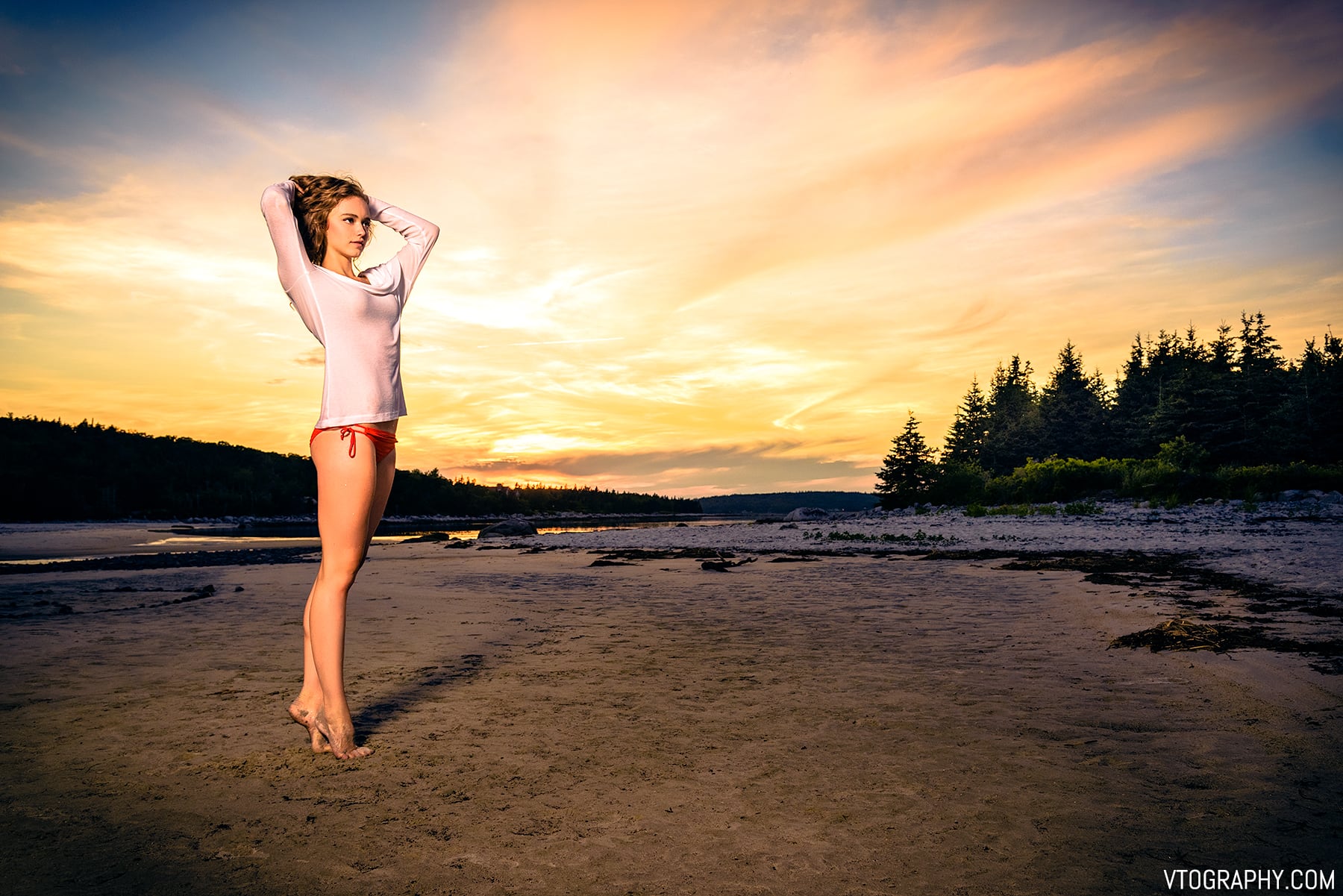 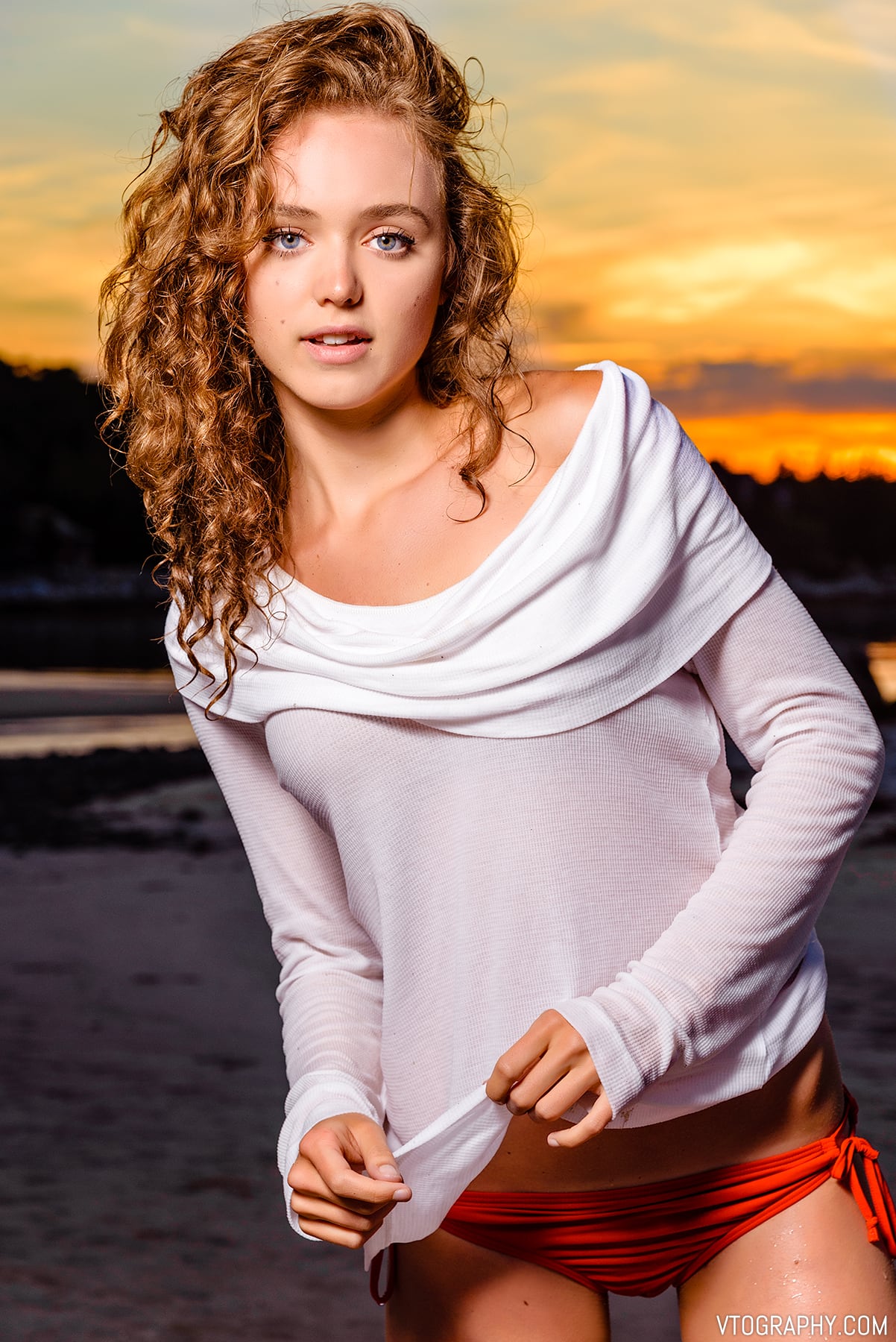 Even though Carters Beach has been overrun with tourists in the last couple years (I know, I’m one of them), I still plan on going back the next time I’m in Nova Scotia. I’ll go at off-peak times like the evening just to be safe, and if I need a backup beach, then Summerville Beach just down the road will work splendidly.

Please, if you value this site, I’d appreciate your support by starting your Amazon shopping by clicking on any of the Amazon links on this site, such as the ones above and below. Thanks!